Our Brand Is Crisis – first look 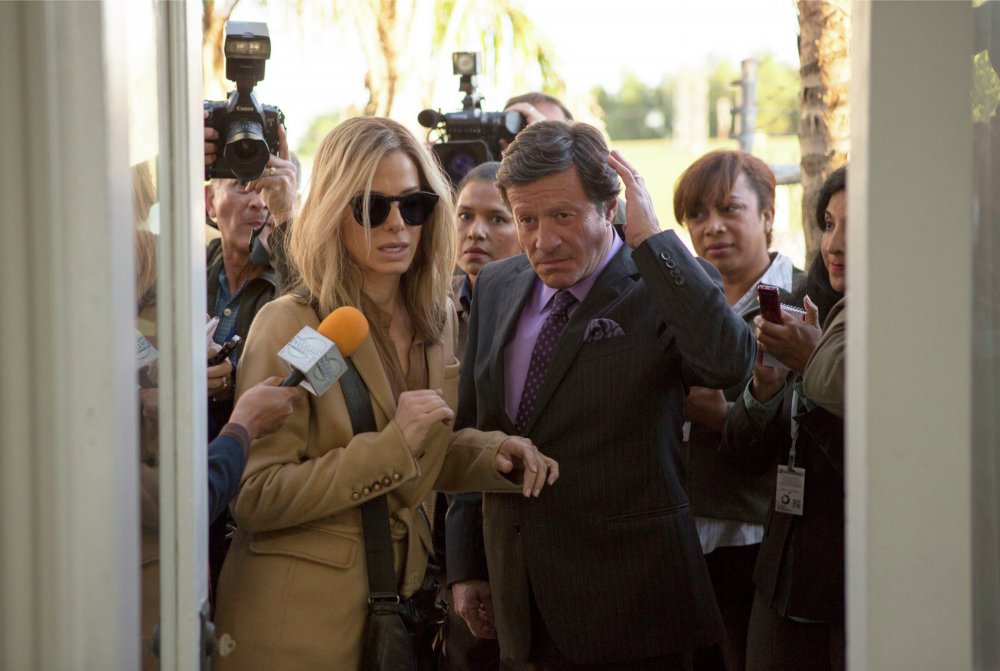 At this point in the prolific directorial career of 40-year-old Texan David Gordon Green, it’s something of a fool’s errand to attempt to impose a sense of order on his output, such is its thematic and tonal diversity. His early dramas (George Washington, All The Real Girls, Undertow) were united by a lyrical earthiness, which was unexpectedly replaced by raucous, scatological comedy (Pineapple Express, Your Highness, The Sitter).

There followed lightly surreal studies of emotionally weak men failing to perform socially-encoded roles of masculinity (Prince Avalanche, Joe, TV’s Eastbound & Down, Manglehorn), and now comes something completely different: an antic political comedy/drama, Our Brand Is Crisis, written by Peter Straughan (Tinker Tailor Soldier Spy), and based on Rachel Boynton’s 2006 documentary of the same name. If there is a thread which connects Green’s work, it’s the compassion that he tends to afford his characters, however dubious their behaviour. This makes the campaign management milieu of Our Brand Is Crisis – painted by Straughan as a soulless, cynical landscape of slick machinations and puppetry – an interesting fit for the director, on paper at least.

A well-cast Sandra Bullock waxes alternately spunky, monstrous and fragile as ‘Calamity’ Jane Bodine, a notoriously spiky, now-retired strategist who begins the film living in self-imposed, solitary seclusion in a log cabin. In a riff on countless crime thrillers, Jane is called upon to perform One Last Job: to run the campaign of an unfancied nationalist candidate, Pedro Gallo (Joaquim de Almeida), in the forthcoming Bolivian elections.

Jane is initially sceptical, but gets fired up again when she discovers that her long-time rival Pat Candy is managing the campaign of Gallo’s main rival. Candy is played by a purse-lipped, whispering Billy Bob Thornton, and he delivers a particularly lascivious performance; his snatched, emotionally-charged scenes with Bullock along the campaign trial are among the film’s sharpest.

In its enjoyable early stages, Our Brand Is Crisis carries an Altman-esque quality (it’s specifically redolent of his satirical 1988 TV miniseries Tanner 88). Jane’s immersion into a new climate unfolds as a frantic tangle of humorous misunderstandings and quick-fire, overlapping dialogue. Bullock has a great knack for physical comedy, and it comes to the fore in scenes where she struggles to adapt to the Bolivian altitude. It’s a shame that the sparky ensemble dynamic between her campaign team isn’t exploited to greater effect. Ann Dowd and (the especially charismatic) Anthony Mackie do particularly fine work with limited screen time as, respectively, the most morally dubious and steadfastly ethical members of Jane’s team.

Sadly, Green’s film devolves into an anonymous mulch with little to offer beyond its central insistence that contemporary politics — here engendered here by the transposition of US slicksters onto Latin American soil — is a den of snakes, and that policies are subordinate to character. Our Brand Is Crisis exists under a shadow cast by better, sharper films and TV shows which paint a similarly grim view of the industry (TV’s Veep and The Thick of It; Pablo Larrain’s No), and this shadow gets longer as this stylistically negligible film muddles on. Jane’s personal story makes for an uneasy parallel with the broader story of Bolivian national politics, which is rendered muddily; almost as an afterthought. There’s also an ill-advised, patronising subplot involving a young Bolivian campaign assistant, which should certainly have been left on the cutting room floor.

As the film limps to a predictable finale, one gets the sense above all else that the chameleonic Green has struggled to impose any sort of personality of his own on proceedings.

Related to Our Brand Is Crisis – first look