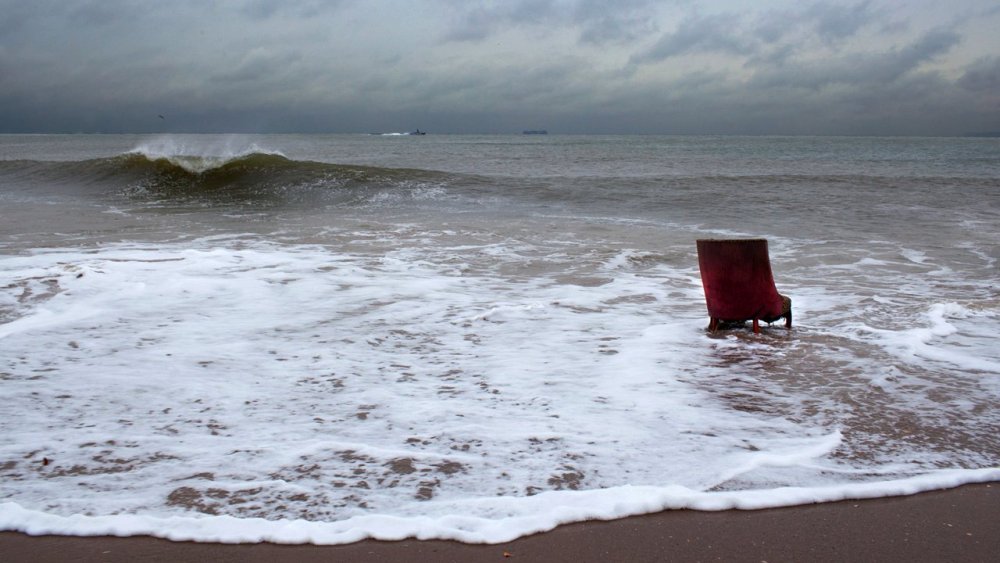 Amidst a large and diverse programme at this year’s Tribeca Film Festival – the eleventh annual edition of the lower Manhattan-based event – the ongoing digitisation of cinema proved the underlying story. From the statistic that only three of the 89 features and 60 shorts presented were on 35mm (the remainder on digital alternative formats DCP and HD Cam), to the myriad opportunities for online engagement, the shock of the emerging was deeply felt. Tribeca also boasted a wide slate of narrative fiction and documentary films from around the world, of course; even so, many of these either explicitly, implicitly, textually or extratextually engaged with issues around evolving digital technology.

The most invigorating examples of the festival’s emphasis on digital innovation, particularly within the context of storytelling, were to be found at the inaugural ‘Storyscapes’ transmedia strand. Comprised of a collection of five specially curated installations hosted at a downtown loft space, the projects shared in common an emphasis on active audience engagement.

The poignant Sandy Storyline [homepage], dubbed a ‘participatory documentary’ by its creators, and rendered here on two back-to-back plasmas affixed to a wooden shipwreck structure, comprised audio, photography, text and video from community members and volunteers offering heartfelt personal accounts of the effects of Sandy, the hurricane which struck the Caribbean and the East Coast of the United States in October 2012. It was awarded the prize for Best Transmedia, and will continue to evolve online. Given that a key reason for the Tribeca Institute’s founding in 2002 was to stimulate local economic recovery in the wake of the 9/11 attacks, the award for a project fomenting a similarly creative response to a terrible tragedy felt apt.

Aiming more for head than heart was Robots in Residence, a playful project originally commissioned by the IDFA Doc Lab, which looked to to test the theory of MIT computer scientist Joseph Weizenbaum’s ELIZA effect: that people have a tendency to anthropomorphise computers and thus engage emotionally with artificial intelligence. I was handed a tiny, calculatedly cute cardboard robot (voiced by a seven-year-old boy), asked to retreat to a quiet corner of the space, and answer its questions. As Weizenbaum predicted, it wasn’t long before I found myself spilling to questions such as “What is your deepest regret?” In a twist of pure science fiction, the filmed results from all exhibition respondents were then edited by robots and screened to the public. 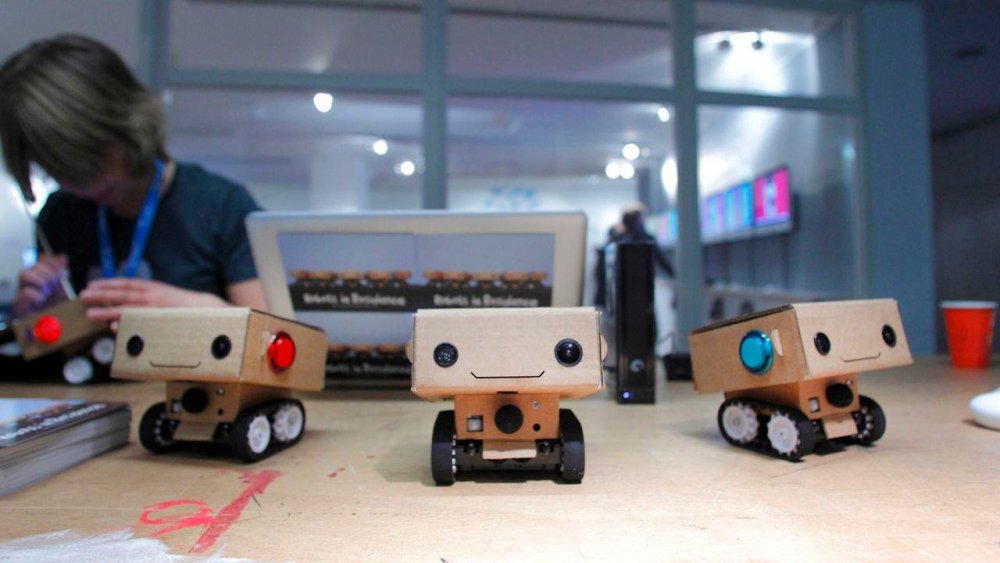 The project posed a number of interesting questions: how did the robots judge their editing patterns? How would finished films differ per location and mood? Would the chief future use for this development be for entertainment purposes, or perhaps in the criminal justice system? And to what extent is the propensity for people to talk openly to a robot heightened in the present-day context of oversharing reality TV and digital superconnection?

Away from Storyscapes, but also eye-catching, was a competition encouraging users of Vine (a mobile app that enables its users to create and post short video clips) to submit their six-second films. The winning entries shared a playful spirit and some impressive technical innovation in spite of their minimal duration; like the best short films and stories, they all had a sting in the tail.

Elsewhere, if you didn’t feel like setting foot inside a cinema (or, more germanely, if you lived outside of Manhattan), you could check out the Tribeca Online Festival, which offered streaming links to four festival features, with viewers encouraged to vote for their favourite.

The public plumped for Lil Bub & Friendz (a documentary about that most banally ubiquitous of current memes: the internet cat), reminding us that where there is innovation, inanity may not lag far behind. Intriguingly, a pay-to-stream version of the online festival launched concurrently in the UK, semi-mirroring Utah-based festival Sundance’s own expansion; as Tribeca was winding down, Sundance’s UK iteration was gearing up for its second year. 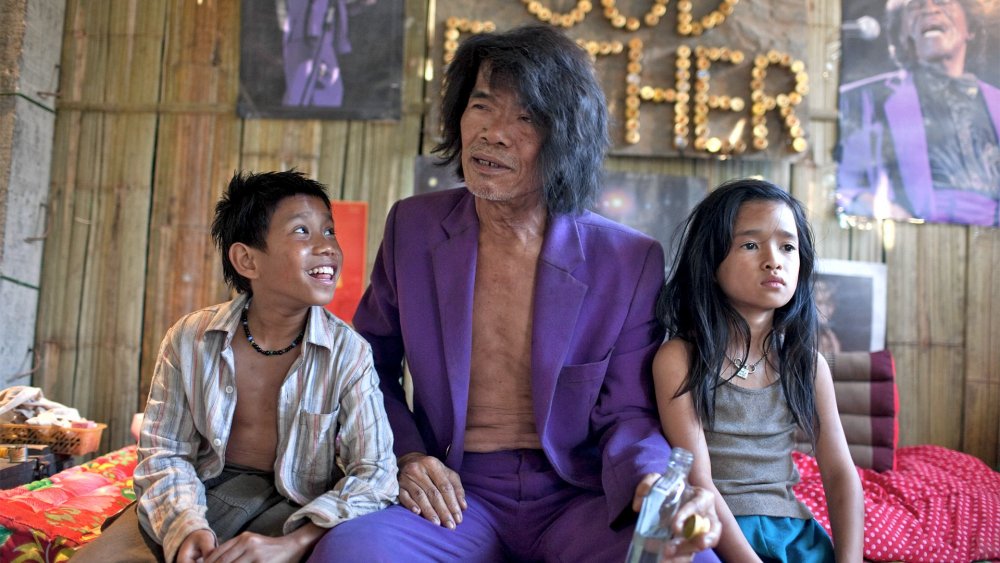 Among the broader programme, big names were thin on the ground (Richard Linklater’s Before Midnight probably held the highest profile, but had already played at Sundance and Berlin), leaving the way open for upcoming filmmakers to garner attention. The prize for best narrative feature went to Laos-set Australian drama The Rocket, a poignant portrait of a young boy determined to escape his fate by constructing the titular device.

However, it was Paul Verhoeven, one of the more established names, who arrived with the most conceptually radical film to promote. Taking the ethos of crowdfunding platforms like Kickstarter a step further, Verhoeven has essentially embarked on a crowdsourced film, handing a basic four-page script over to aspiring screenwriters to continue the narrative across eight chapters. The finished film, Tricked, a darkly comic study of a fiftysomething sleazeball, hangs together impressively given the multifarious writers, but was less entertaining than the accompanying 30-minute documentary showing the 72-year-old director becoming increasingly exasperated at the unwieldiness of his project. 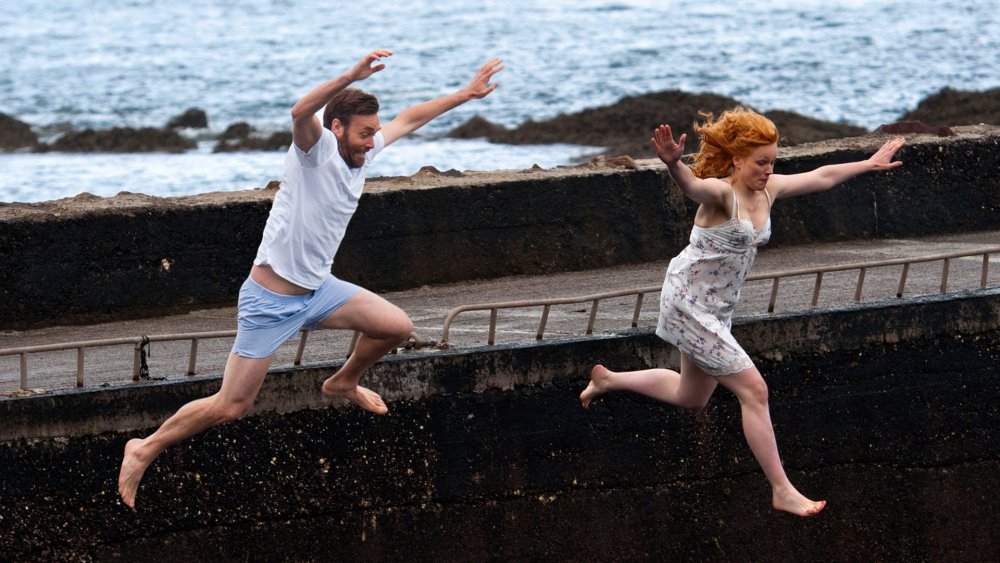 Less showy than Tricked, but notable for different reasons, was Steph Green’s compassionate debut Run and Jump, about Ted (Will Forte), an American neurophysicist who comes to Ireland to observe a 38-year-old stroke victim and his family. This was one of the three films to be screened on 35mm, and the textured richness of its visuals and Green’s strikingly bold use of colour stood out dramatically, making me immediately nostalgic for the sprocket holes, bumps and scratches of film. Its visual beauty was intensified in cleverly intercut in-film juxtapositions with Ted’s hand-held, digitally-shot observations.

Like Run & Jump, Zachary Heinzerling’s documentary Cutie and The Boxer made intriguing use of cross-format footage in its intimate portrait of the eponymous, elderly Japanese artist couple living in a cramped New York apartment. Its observational present-day footage, largely shot on high-grade HD Cam, was intercut with imaginative animation sequences (smart VFX segueing from Cutie’s notebook drawings into a parallel land of animated fantasy) and grainy VHS of an unfinished 1986 documentary on the Boxer to haunting effect. The pair, deeply in love but with a fractious relationship, made a wonderful post-screening Q&A appearance: they could make a mint the stand-up comedy circuit. 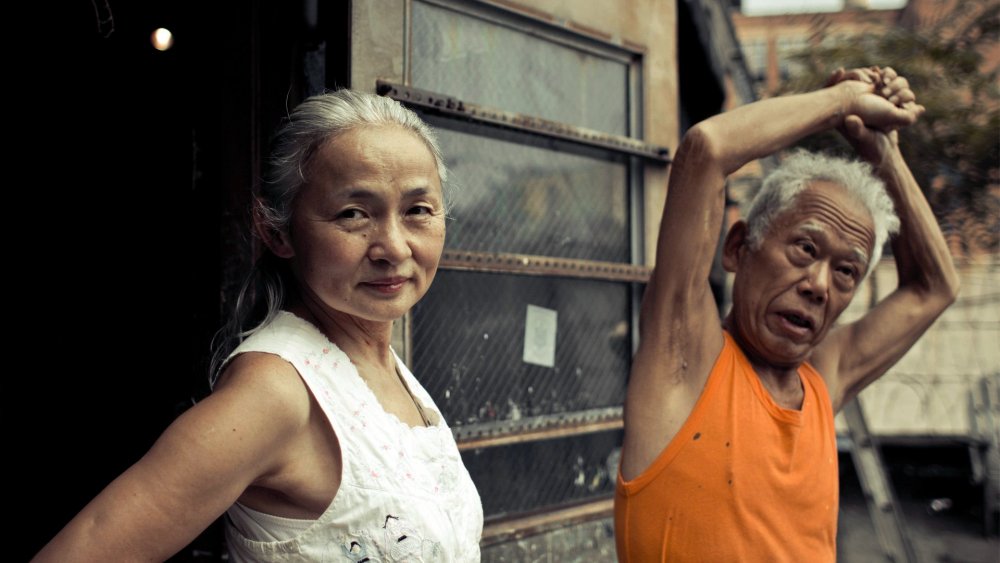 Cutie and the Boxer

Formal invention also distinguished Matt Wolf’s excellent Teenage, a collagist documentary which rifled between genuine archive footage and cute Super-8 reconstructions in a freewheeling manner apposite to its sprightly, multifaceted account of the birth of the ‘teenager’ – first as an idea, then as a tangible reality in the early-to-mid 20th century.

Easily the most powerful film I saw was the deserved winner of the prize for Best Editing in a Documentary: Jason Osder’s Let the Fire Burn. Meticulously stitching together hitherto-unseen news reports, police videos, archive interviews and public enquiry footage in five chapters, the film presents an unspeakably awful incident and its endlessly complex fallout: in May 1985 the black mayor of Philadelphia, Wilson Goode, sanctioned the bombing of the headquarters of MOVE, a radical but non-violent black organisation which happened to be based in a residential area. The ensuing fire, deliberately left unattended by the authorities, claimed 11 lives and destroyed vast swathes of community property.

Conspicuously free of a guiding voiceover and pat conclusions, and tied together aesthetically by a very subtle occasional image flicker effect and VHS-style fuzz in the editing, this intensely disturbing film had the feel of a freshly discovered artefact. By chance, I saw the film just days after the Boston Marathon bombings, when public debate over the role of 24-hour news coverage of domestic terrorism was in full roar. In the case of Osder’s film, I was struck by its relentless search for clarity and balance, and formal elegance. 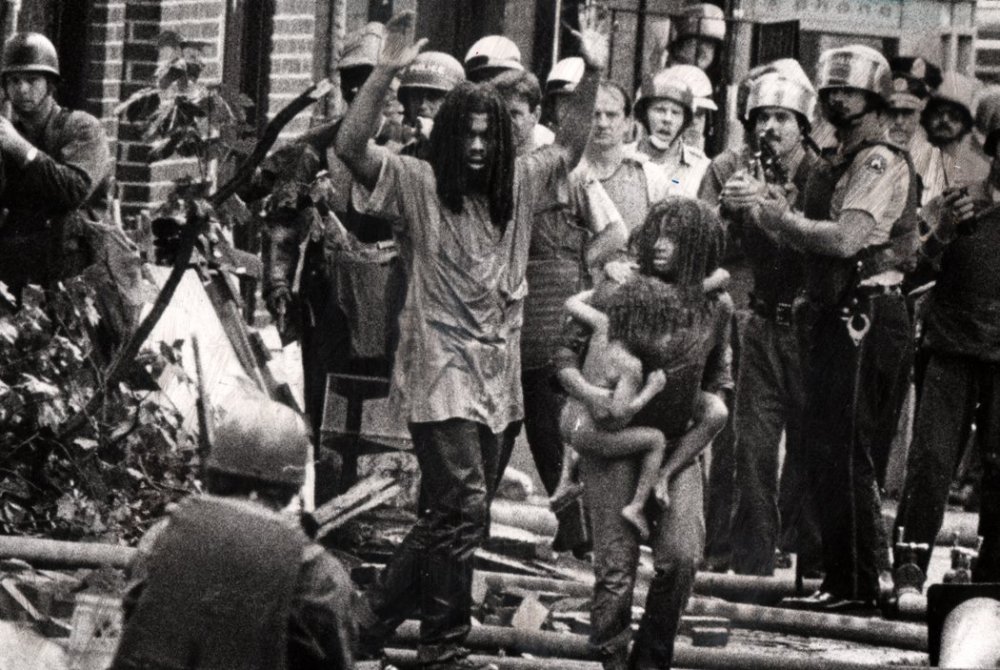 Best Editing in a Documentary: Let the Fire Burn

Let the Fire Burn ultimately lost out to Dan Krauss’s The Kill Team for the prize of Best Documentary Feature. An angry blend of investigative journalism, legal procedural and personal portrait, it focuses on young US Private Adam Winfield who, in 2010, blew the whistle on his colleagues when they murdered Afghan civilians, but found himself among the convicted. The film’s most haunting passages are the eerily disembodied reconstructions of the Facebook chats between Afghanistan-based Winfield and his distraught father, which constituted their only means of contact; the pixels prove a hopelessly inadequate medium with which to communicate such reservoirs of fear and complexity, and point to the emotional limits of digital social connection.

On a rather more upbeat note, there was time for a wonderful discovery in the form of Charles Lane’s Sidewalk Stories, restored to an occasionally smeary 2k digital version from its original 16mm negative. Initially released in 1989 to critical acclaim – and the Prix du Publique award at the 1990 Cannes Film Festival – but more or less disappeared from view since, it’s the black-and-white, silent tale of a homeless Greenwich Village street artist (played by Lane) who winds up looking after a toddler when her father is murdered. 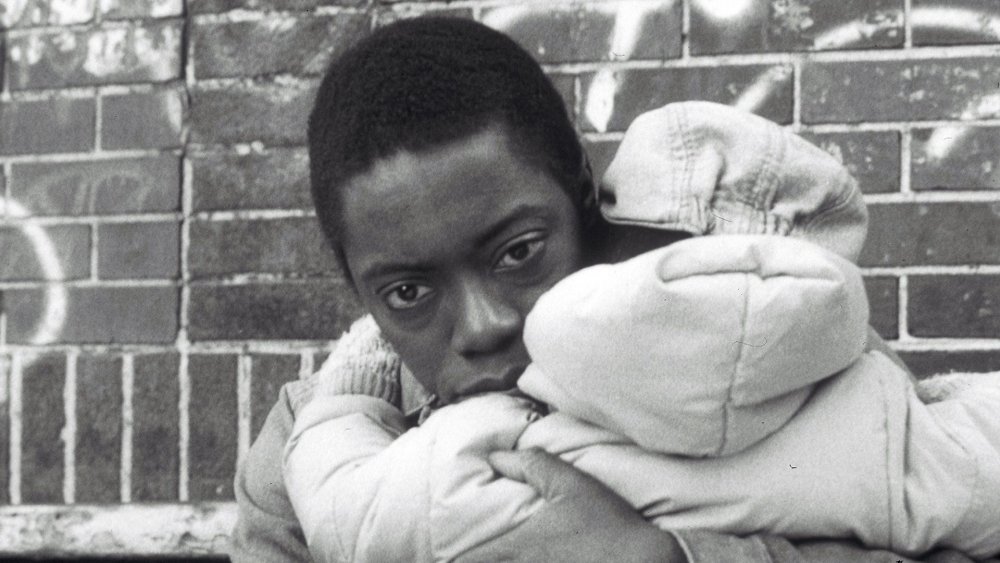 It’s indebted to Charlie Chaplin and Harold Lloyd, and seems an indisputable influence on Michel Hazanavicius’s The Artist, yet demonstrates a poetically street-smart, slyly political language of its own, radiating a palpable anger about the desperate plight of New York’s multitudinous homeless. Perhaps the most radical by-product of its formal conceit is to drain the famously rambunctious Manhattan of noise, imbuing the district with a poetic otherwordliness that’s further heightened by the monochrome aesthetic and the film’s own hitherto ‘lost’ status.

The warmth with which the locally-minded Sidewalk Stories was received by a big crowd at the School of Visual Arts cinema gave a clue as to why, despite Tribeca’s vast programme, oft-intrusive corporate sponsorship and endlessly sprouting technological tentacles, it retains an overall coherence. It is very much a festival rooted in a sense of place, clearly formed in its host city’s image: busy, diverse and entrepreneurial.

Canny programming choices like Sidewalk Stories, the Special Jury Prize-winning Stand Clear of the Closing Doors (about a young autistic boy lost on the subway on the eve of Hurricane Sandy), a closing night restoration of Martin Scorsese’s NYC-set The King of Comedy and the aforementioned Sandy Storyline fostered a distinct local focus amid the international programming, while the heavy presence (in advertising materials and trailers) of indelible New Yorkers Scorsese and festival co-founder Robert de Niro added to this prevalent – but never unappealing – mythology. And, if this year’s impressive audience figures are anything to go by (the official word was 95 per cent attendance), the innovative Tribeca Film Festival seems set for a big future, both online and off.