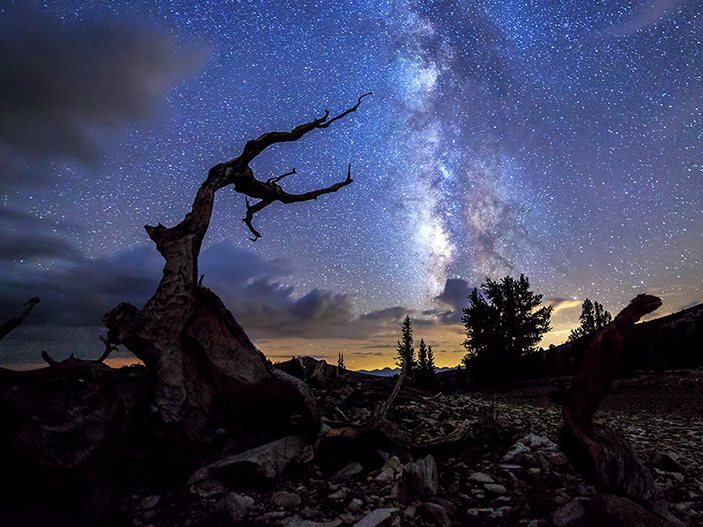 2012 was the year YouTube broke the one billion mark with views of South Korean rapper PSY’s sublimely absurdist – and absurdly infectious – Gangnam Style music video, a globe-conquering dance craze that rapidly became a meme in itself, inspiring everyone from political dissidents to, er, young Etonians, as several of our contributors below consider. Of course, the platform itself also continued to entrench its own behemoth status in the web-video market, zoning in on a billion monthly viewers and $1 billion of annual revenue, and spreading its compass into everything from feature-film delivery to funded original programming.

That said, YouTube’s more cultivated rival Vimeo also continued its rise to prominence; to judge by its ascendancy in our own annual straw polls, it’s surely the go-to destination for movie artists distributing their work on the web, with its leaner emphasis on curated networks and word of mouth rather than mass trends (compare Vimeo’s 2012 Awards and Handpicked with Love: Top 12 Videos of 2012 with YouTube’s Year in Review and Best of 2012).

As with PSY, music informed two of our correspondents’ 2012 favourites, the motley series of artists’ contributions to Sigur Rós’s valtari mystery film experiment project and Jacob Krupnick’s 12-part feature-length Girl Walk // All Day musical (both of which have already been commended in our new Bytes column). These highlight the wonders of the web as the distribution channel for an explosion of movie creativity, unbound by the strictures of bricks-and-mortar economics (not to mention law, quite often), across everything from animation to documentary.

Most fascinating this year though has been the ongoing explorations of the web (and tablet apps) as a medium, particularly with the experiments in movie interactivity commissioned by the likes of NFB Interactive, arte.tv and MIT’s OpenDocLab, and promoted by the likes of Power to the Pixel and IDFA DocLab (which this year hosted a fascinating installation, Moments of Innovation, on the intersecting histories of documentary and technology).

Closest to home for us at Sight & Sound has been the blossoming of online movie criticism. This year saw the Oberhausen Short Film Festival partner with Kevin B. Lee and Volker Pantenburg on the excellent Film Studies in Motion, an online retrospective of the form. You’ll see too a couple of picks in the following poll for Jeff Desom’s Rear Window Timelapse, a sort of web installation of the entire backyard set of Hitchcock’s thriller, the film’s discrete shots stitched back together in After Effects as a reunified whole.

It’s also gratifying to be able to report that this year we teamed up with some of the best of these video critics, Lee making us a handful of excellent video reports and essays (as well as a separate series on critics’ nominations for our Greatest Films of All Time poll), and the supercuts auteur kogonada recently filing us a beautiful essay on The world according to Koreeda. We look forward to much more.

A selection of fantastic animated works that appeared on the internet in 2012:

Vimeo teamed up with Old Spice to create this entertaining interactive video featuring actor Terry Crews flexing his muscles. Play it through, then create your own (with plenty of flame sax) simply by using your keyboard to trigger the different instruments and vocals. The result was a somewhat successful viral-video campaign: to date more than 17,000 response videos have been posted online.

Scroogin on a greg
Will Anderson & Ainslie Henderson

There are countless animations about pigeons on the internet, but few as droll as this cheeky short by animators Anderson [homepage] and Henderson [homepage]. Both are fresh-faced graduates of Edinburgh College of Art, bagging awards at film festivals across the globe with their respective shorts The Making of Longbird and I am Tom Moody. Keep an eye on their Vimeo channels; these boys are destined for great things.

The latest episode of the Bendito Machine web series by artist Malis is sublime. The series follows the exploits of a strange species that is dependent on its machines, and is visually inspired by Lotte Reiniger, Michael Ocelot and Indonesian shadow puppetry. Over the past six years Malis has crafted four short films, and has recently funded the fifth instalment through a successful Kickstarter campaign.

It’s timely that in in the year when some fear the end is nigh, artists Thomson & Craighead [homepage] have produced a film about faith. Belief is the final ‘desktop documentary’ in their trilogy which started in 2007 with Flat Earth. All three reflect on contemporary concerns via material sourced entirely from the internet.

Centrefold is an animated documentary that sensitively explores issues around the increasing demand for labia surgery, told through interviews with three patients. The project is funded by the Wellcome Trust and made in partnership with leading clinicians from University College Hospitals London. Watch the film, then join in the debate online at thecentrefoldproject.org.

An experimental collaborative art project for Google Chrome and Tate produced by two of the best-known creators of innovative, interactive content on the web [see chrismilk.com / aaronkoblin.com]. Based on the idea of the exquisite corpse, the project allows anyone to upload a short animation to the site that either grows a previous narrative, or else plants a new idea, adding to the forest.

British animator Run Wrake [homepage] died from cancer last October at the age of 47. He was one of the most influential animation filmmakers of our time. He synthesised all that happened around him – Pop Art and collage, Punk/New Wave graphics, video art, electronica – and filtered it through a joyously kinetic, Fleischer Bros.-animation sensibility. His influence – direct and indirect – towered over indie animation of the last couple decades, and can be felt in works as diverse as the raw cut-and-paste aesthetic of Martha Colburn [homepage] and the looping spectacles of Cyriak [homepage].

In the past year, anticipating his departure, he uploaded a generous survey of his work to both Vimeo and YouTube.

At the intersection of animation and technology, the Japanese techno-pop group Perfume distributed a package of motion-capture data and music to their fans and encouraged them to create animated music videos. Over 500 videos – varied in style and characterisation but all using the same dance choreography – were created by fans around the world. The forward-thinking experiment allowed fans to express themselves individually while enhancing the group’s iconic appeal through the repetition of sound and visual movement.

Fundraising has entered the 21st century with crowdfunding sites like Kickstarter. More often than not, crowdfunding campaigns are accompanied by pitch videos that range from slickly filmed and edited packages to slap-dash amateur-hour appeals. The cost of doing business in the early 21st century demands proficiency in performance and salesmanship. Documented for all to see, these sales pitches offer an unexpectedly intimate insight into the world of contemporary artists, inventors and entrepreneurs.

Poor Us: An Animated History of Poverty [US link]

Animation is incredibly good at transforming complex ideas into a digestible form for the masses. It is rarely done as artfully as the documentary Poor Us: An Animated History of Poverty which compresses a millennia-spanning history of poverty into less than an hour. Part of the ‘Why Poverty’ series, this show’s elegant animation direction by Fons Schiedon enlivens the age-old debate about how poverty originated and why it continues to exist.

The music video has enjoyed a renewed prominence in the age of the Internet, perhaps even trumping commercial advertising as the prime showcase for young animation directors. The following are just three of many highlights from the past 12 months:

Giving Me a Chance
Gina Thorstensen and Nacho Rodríguez

Two Against One
Chris Milk and Anthony Francisco Schepperd