Where the girls are: female filmmakers at the 10th London Short Film Festival

Boys got to make nearly all the big films in 2012 – yet further down the film chain women directors are flourishing. Is this ghettoisation, or headway? 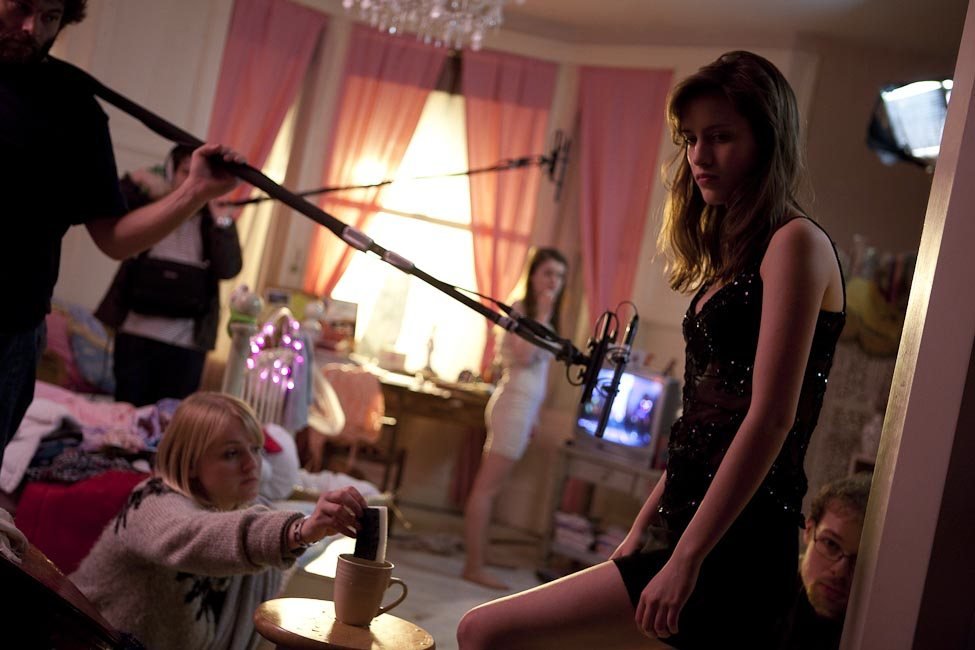 “Everything seems to be about being successful,” laments Philip Ilson, the co-founder and director of the London Short Film Festival. “A lot of filmmakers, though, are getting out there and making stuff because they’re passionate about it; they don’t know if it’s going to be successful or not. And it’s the same with us…”

We’re talking outside Screen 2 at the ICA, after back-to-back programmes of short films entitled ‘Femmes Fantastique’ and ‘Teenage Girls Go Crazy!’ Images as vivid and varied as a grieving mother smoking her way through her son’s weed stash, a swirling murder of crows in a cloudless sky and a plump white tampon soaked in vodka are freshly imprinted in my head. LSFF10 is in full swing.

Still going strong after a decade, while a number of similar operations have recently either wobbled or called it quits, the LSFF has, actually, been rather successful. But Ilson is determined to ensure it retains a DIY ethos nonetheless. This “slightly sort of punk aesthetic” is signalled by the tagline to this year’s proceedings, ‘Dare to Fail’, which is taken from a John Cassavetes quote (discovered via its adoption by 1980s hardcore band Minor Threat): “As an artist, I feel that we must try many things, but above all we must dare to fail.”

The day after I spoke to Ilson, the nominations for the BAFTAs were announced – and then promptly elbowed out of the limelight by the nominations for the Oscars. The awards, arguably, epitomise the celebration of ‘success’ to which the LSFF aims to provide an antidote. While their field of vision seems bounded to the mainstream, the festival is on the lookout for the leftfield, scheduling animations, installations, live music and midnight ‘happenings’ into its programme. The ‘failure’ of the films Sightseers and Berberian Sound Studio to garner much attention in the shortlists only compounded this impression – particularly as Alice Lowe (co-writer/star of the former film) and Peter Strickland (writer-director of the latter) both gave talks about their formative forays in short films at the LSFF.

But this wasn’t the only contrast. With the exception of Kathryn Bigelow, who has been nominated for BAFTA for Zero Dark Thirty, both lists of best-director nominations are made up exclusively of men. This would seem to suggest there are very few women out there directing films. Yet the demographics of the LSFF programme showed this was not at all the case; women directed almost 40 per cent of the new shorts in the festival.

That percentage included the actress Romola Garai, whose behind-the-camera debut Scrubber (above) won the Underwire Award, and Ivana Bobic [homepage], who both directed the LSFF10 trailer and launched her collaborative installation Signals (see the first video section embedded below). It included Alice Lowe and Jacqueline Wright ‘in conversation’ about their collaborative work, as well as Jemma Desai, presenting her project I am Dora, which explores women’s identification with each other through film, and Ruth Paxton [homepage], whose films were shown as an installation at the ICA throughout the week.

The BAFTAs and the Oscars do reflect one truth, however: in the world of major Hollywood feature films, women account for just five per cent of directors. (That rises to 22 per cent of Sundance feature films, and nearly half of Sundance documentaries.) The question this throws up – ‘Why Can’t Women Make Feature Films?’ – was asked in a panel discussion chaired by Kate Taylor (Ilson’s LSFF co-founder) at the Underwire Film Festival (a festival for shorts by women) last November, prompted by the comparatively large number of female filmmakers who submitted shorts to the LSFF a year ago. When I spoke to female filmmakers at this year’s festival, it was clear many of them are finding themselves forced to ask it too.

Fran Broadhurst is one half of the writing and directing duo Mathy & Fran [homepage], who made The Lights and then the Noise (above), a fiercely energetic, black and white film set at a No Age gig. She explained that she had experienced a lot of encouragement when making shorts: “There’s a lot of support currently available for female directors at the shorts, or ‘entry’, level, which is great – I work in a male/female directing partnership, so have been able to see it from both sides – and there are far more opportunities that present themselves to me than to my male co-director.”

The kind of help she described was in evidence in the industry element of the LSFF, as Cassandra Neal, the producer of this year’s festival, outlined: “We have an event with Underwire festival – a dinner specifically for women filmmakers. We’ve also got WFTV hosting a mentoring event. So there is slightly more emphasis on this kind of support than there has been in previous years.”

On the other hand, “the world of features seems a different beast altogether,” Broadhurst noted. “There’s a notable gap between the amount of women making shorts and those established in features, and at the top of the industry I think there’s still a resistance towards new female talent. There’s a dominance of male directors and producers, and has been for some time.”

A similar picture was painted by Muriel D’Ansembourg [homepage]. Her film Good Night [homepage; pictured at top] is about girls growing up in a culture that seems to value ‘sexiness’ above all else. It was screened alongside Mathy & Fran’s, and has just been nominated for the Best Short Film BAFTA. D’Ansembourg is currently planning on making a feature film with a similar subject, and is aware that she’ll be confronting a much more male-dominated world: “The [female] talent that I’ve seen come out of film school makes me really surprised how few female filmmakers there are out there eventually – making feature films. And I’d like to know why – because I definitely think there’s something going on.”

The suggestions as to what this something could be ranged from a lack of confidence in women – both on their own account and on the part of investors – to a business culture where taking time out to have a family spells disaster, to the possibility that stories told by women aren’t considered as interesting, or commercial, by the film industry. Each possibility has a bigger story behind it, and deserves much more space than I can give it here.

Little wonder then that some female filmmakers choose to stay well clear from the industry altogether. Rachel Garfield [homepage], whose experimental but very personal The Straggle featured in the festival’s fascinating ‘Artist’s Documentary Elegies for Ideologies’ programme, makes her films within the art world instead. Chiming with Ilson’s ‘slightly sort of punk’ ambitions, she pondered: “There seems a big rush for people to make feature films. For some, it’s fantastic, but I also ask, Why? Is it that you think that’s the real deal, and you really wanted to make feature films before but couldn’t? I love feature films but they don’t interest me as a form at all, so I don’t even try to make them. And I don’t try to get funding either.”

Of course there are – and always have been – women who have tried, and succeeded, in making feature films. Andrea Arnold was championed in previous years by the LSFF, and went on to make the features Red Road, Fish Tank and Wuthering Heights, each of which met with enormous critical acclaim.

Likewise Carol Morley began by making shorts – including My Neighbour Stalin, shown as part of a Pussy Riot fundraiser in the festival – and released her first feature, Dreams of a Life, in 2011. She told me, “I have no idea how I got here – other than going through a process of just knowing there were stories I wanted to tell, then grappling with how to tell them. It’s difficult but I consider it really ideologically and politically important to make films. When you see something made by somebody with a different perspective, it has a power.” 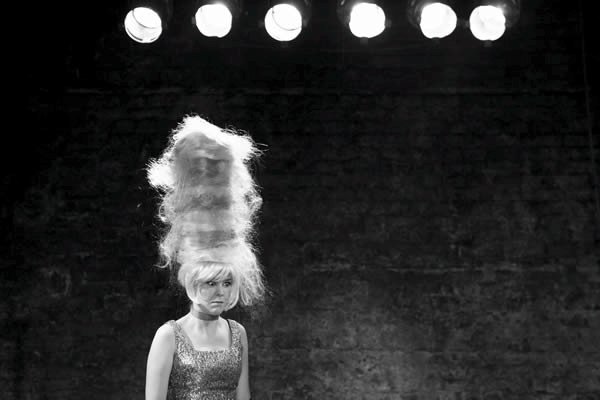 The importance of seeing different perspectives on screen – and of having different female role models to look up to – was echoed by many of the filmmakers I spoke to, including Alice Lowe, who’s now working on a new feature which she will this time direct. “You need someone who’s a bit like you, but further along in their career. And it is very hard to find those kind of mentors, because there aren’t so many female directors out there.”

She was optimistic, however, that this is something that will change. “Enjoy being a woman” was her advice for other female filmmakers. “Enjoy the fact that you’re still edgy, in terms of the [perceptions of the] film industry. It’s new, exciting and kind of taboo. I think that soon, finally, people in the industry will start to think ‘Ah!’ and [wake up to] that.”

So perhaps for the new generation of female filmmakers – the ones now showing shorts at festivals – daring to fail might be the key to success.

25 January 2013: The original version of this article misattributed Ian Pons Jewell’s video Helioscope to Ivana Bobic; her installation work has now been correctly labelled as Signals.

Related to Where the girls are: female filmmakers at the 10th London Short Film Festival