Real-life echoes of Local Hero are just the start of Anthony Baxter’s record of one highlander’s defiance of Donald Trump’s Scotland makeover project. 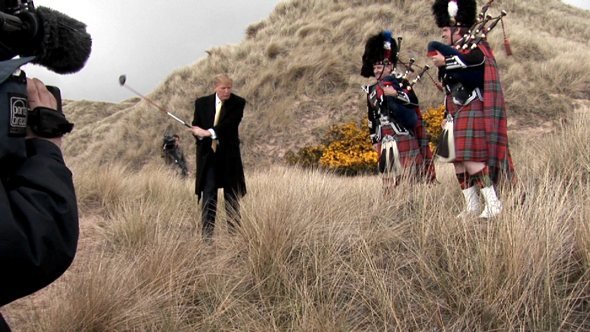 Like many recent films loosely included in the category of ‘advocacy’ documentaries, Anthony Baxter’s You’ve Been Trumped – a fascinating examination of the disconcerting realities imposed on the once quiet duneland hamlets of Balmedie, Aberdeenshire, when the media roadshows and bulldozers marshalled by American tycoon Donald Trump come to town – inevitably begs larger, mainly political, questions.

Baxter’s film (which comes garlanded with an impressive number of festival prizes) is a deceptively simple affair. Following, and befriending, in a more or less relaxed style, three families living near or on the coastal estate bought up by Trump, he slowly builds an easy, seemingly neutral appraisal of their lifestyles and characters.

The main interviewee is Michael Forbes, a 60-year-old ex-trawlerman who has become something of a local celebrity through his principled refusal to sell his small parcel of land – which happens to be smack in the middle of Trump’s development plans. As Baxter shows, this stubborn man has proved far more of a thorn in Trump’s side than any mere local planning law, eco-sustaining legislation or politician.

Trump’s scheme was refused in 2007, deemed incompatible with the interests of an area that has been awarded, as geomorphologist Dr Jim Hansom says in the film, “the highest conservation accolade this country can bestow”, and bitterly opposed by such as the RSPB, Scottish Natural Heritage and the Wildlife Trust. The decision was reversed, however, by SNP leader and First Minister Alex Salmond. “They’ve done this country wrong,” says Forbes. “They’ve given it away to the Americans.” (There are clear echoes of Bill Forsyth’s Local Hero here – with Trump as the Burt Lancaster figure and Forbes as Fulton Mackay’s refusenik beachcomber – which Baxter is cute enough to make explicit.) 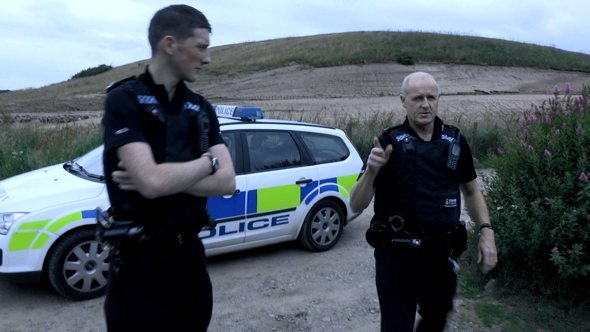 Such gently comedic comparisons lose their humour, however, as Baxter’s film progresses and the intercut interviews with both partisan and independent experts and witnesses accumulate. Thus You’ve Been Trumped seems to change from a film about specifics to something wider: a film more about comparisons – initially between characters (Trump versus Forbes); then between interests (those of ecologically heedless fly-by-night rich golfers versus the local Balmedie folk); and even, finally, the relative power and morality of Big Business / International Capitalism relative to us, the poor little overwhelmable individuals.

Knowingly, Trump has waged a campaign against Forbes that’s as personal as it is clever, denigrating him as a “slum-dweller”. Trump’s power is personalised in his absence by his faithful employees, and Baxter shows well the purview of his uniformed private security staff and how the freedom of his hi-vis-suited contractors to bulldoze the locals’ water supply or perimeter fences seem to make a mockery of the presumed independence of the local constabulary (who, at one point, arrest and lock up the squealing director for little apparent reason other than his annoyance factor).

In short, the very smallness, independence and even parochialism of Baxter’s film seems suitable and never detracts from its considerable ability to inform and, surprisingly, move. He ends his laudable film with a bittersweet, knowing and sardonically funny short sequence – Baxter phoning Trump Towers from an isolated old red public phone box. It’s another nod to Local Hero and a trumpet blast for the sheer indefatigability of ‘the Little Man’.