Feras Fayyad’s follow-up to Last Men in Aleppo is a experiential documentary of a Syrian hospital-cum-refuge manager and the layers of pressure she shoulders, from bombs to misogyny. 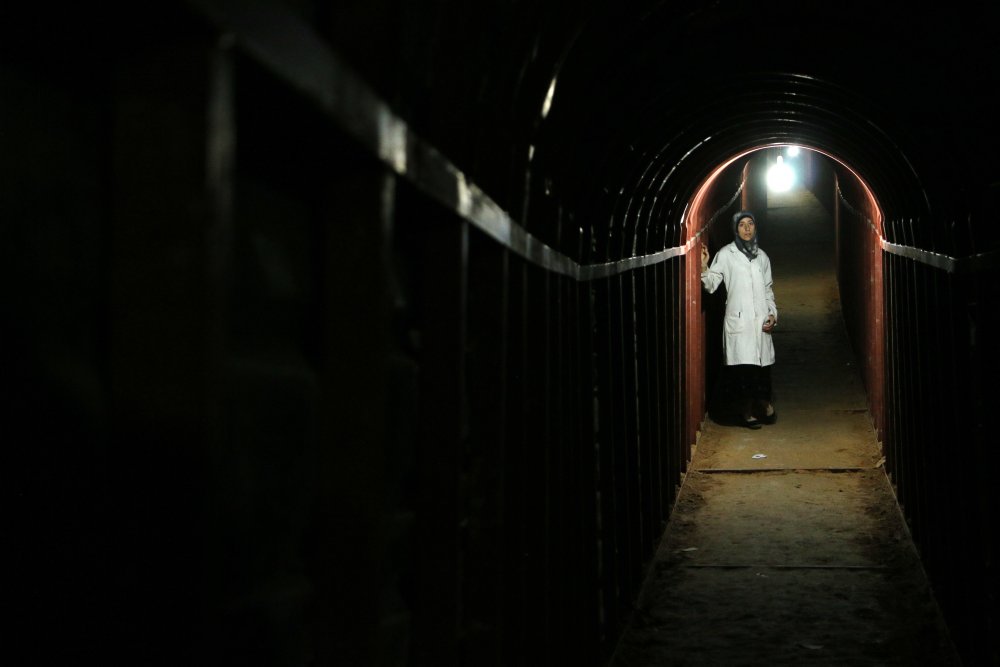 Amani Ballor in The Cave

But there is a crucial difference: Ballor is a woman, and her right to save lives, as a manager and a doctor, is constantly being questioned sometimes by the very men whose families she is trying to help. As we follow her daily routine, from surgeries after attacks to sleepless nocturnal vigils, she fends off pressure from her parents to quit, and justifies herself to various men as a decision-maker. Acute sociological tension mingles with the physical and psychological terror of bombings and chemical attack.

Fayyad’s keen interest in Ballor goes beyond her soft yet unyielding power. She is first and foremost a body in motion – her movements, stillness, even her breathing, are of uttermost importance. In some scenes, the sound of Ballor’s breath is amplified, as it is with the falling bombs, to reflect just how keenly she experiences their racket, and to make us feel not just the noise of the explosions but also the building’s vibrations, the cluttering of feet and steel objects, and the earth’s shaking. 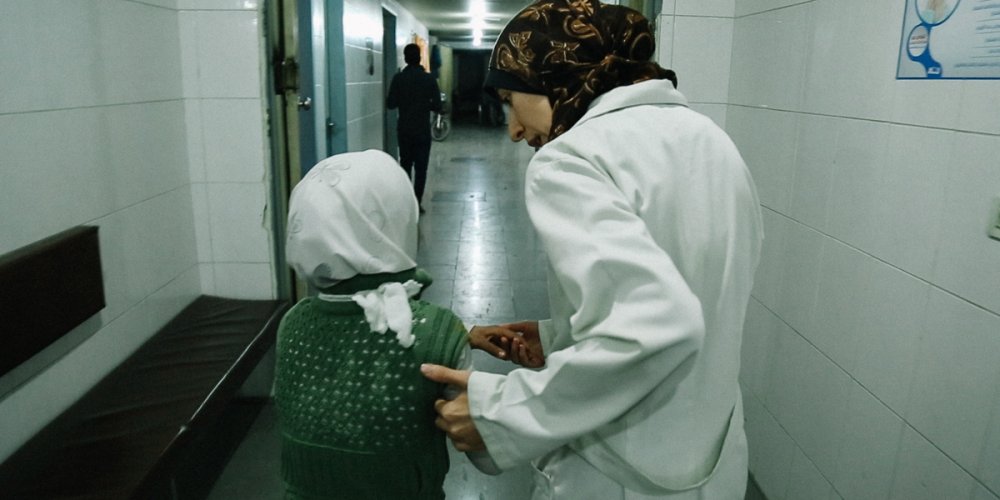 In this sense, The Cave is very much a war film. And like the classic European war films, from Andrei Tarkovsky’s Ivan’s Childhood (1962) or Jan Nemec’s Diamonds of the Night (1964) to Larisa Shepitko’s The Ascent (1977), it privileges the protagonists’ point of view over a straightforward recording of immense destruction. Camera and sound design draw us into the action primarily through its effect on the hospital staff’s emotional, sensory states.

Fayyad, who found inspiration for the cinematography in the work of painters such as Jacques-Louis David and Georges de La Tour, keeps the cameras as still as possible, observing the comings and goings in the hospital hallways, peering from behind at the drama of the operating room, with the depth of field giving us a rich sense of the tense yet united choreography of nurses assisting chief surgeon Salim.

At times, Ballor and her team descend into the sepulchral passageways leading to the ‘cave’, an improvised underground shelter. Above ground, the women’s bravery is matched by the equal poise of the small children – many of them girls – who are brought to the emergency room immediately after a savage chemical attack. Here, Fayyad’s metaphors create echoes – between the cruel lucid brightness above and the protective shadows below, between stillness and chaos, agony and hope. Nothing in this world is strictly oppositional; instead, the two realms permeate each other – a vision of no immediate solace but full of resolute defiance.