“There is no Syrian cinema”: Syrian filmmakers since the civil war

For Syria’s own filmmakers in search of a new language of resistance to an authoritarian state, the collapse of their country has brought both freedom and tragedy.

☞ Syria on screen: how have movies represented the crisis? 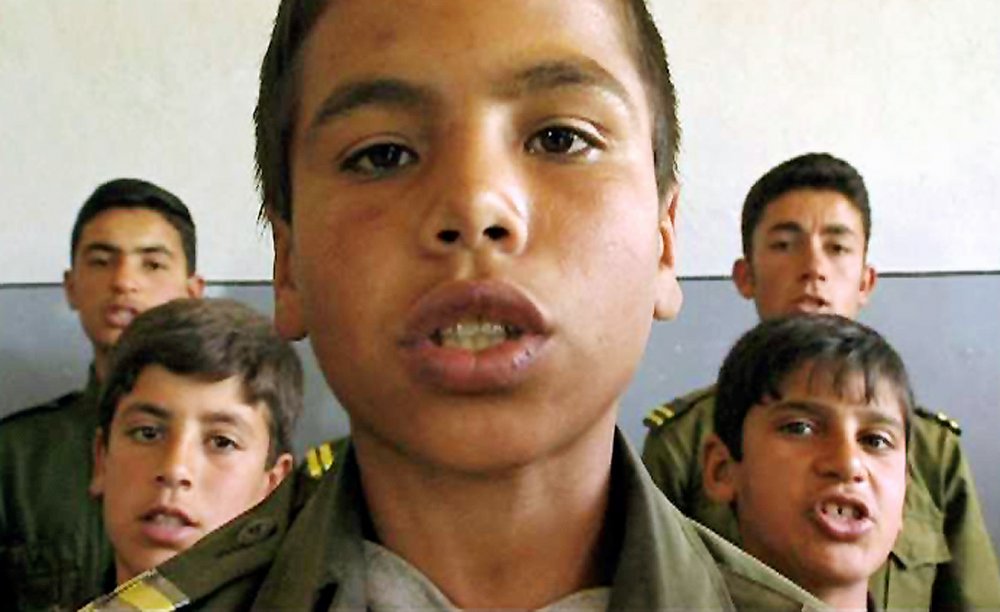 “There is no Syrian cinema, there are only Syrian filmmakers.” This opinion, often voiced by Syrian filmmakers themselves, testifies to their strong reluctance towards seeing their art as a national project and the often conflictual relationship between individual directors and the state structures that enabled the production and distribution of films in the country.

For the first 35 years of Ba’ath party rule, the state had a quasi-monopoly on film production and distribution through the central body overseeing all things cinema-related, the National Film Organisation (Al-mu’assassa al-’amma li-l-sinema). Created in 1964 as a branch of the Ministry of Culture, the NFO gave professional filmmakers who had received their training abroad (Syria never had a film school itself) the chance to become members and apply for funding for their projects. The NFO decided who could direct a film and what content was acceptable, also overseeing censorship through all stages of production. At first, the NFO enjoyed a high degree of autonomy and produced innovative and high-quality films by Syrian and Arab directors. Syrian documentary filmmaker Omar Amiralay (1944–2011) described this time as a particularly exciting ‘golden age’.

This period of artistic patronage eventually wound down as the regime began to demand that filmmakers fall in line with official ideology. Nevertheless, Syrian filmmakers succeeded in producing films that were both of high artistic quality and often also surprisingly critical. As in other authoritarian states with restricted freedom of expression, they reframed their work according to the circumstances and used elaborate metaphors and allegories in order to address critical issues.

Thus, Mohamad Malas (born 1945) chose a historical setting other than the present for his denouncement of facile ideas about the nation and the Pan-Arabic project in the fiction feature films Ahlam al-madina (Dreams of the City/Dreams of the Village, 1983) and Al-layl (The Night, 1992). Oussama Mohammad (born 1954) chose the metaphor of the family to examine how human relations are destroyed by power hierarchies in Nujum al-nahar (Stars in Broad Daylight, 1988). Malas even proposed to engage with the limitations presented by censorship, to use them as a tool and turn them against the system: “Censorship is a gift because it forces one to look for new and more interesting structures through which to speak.” 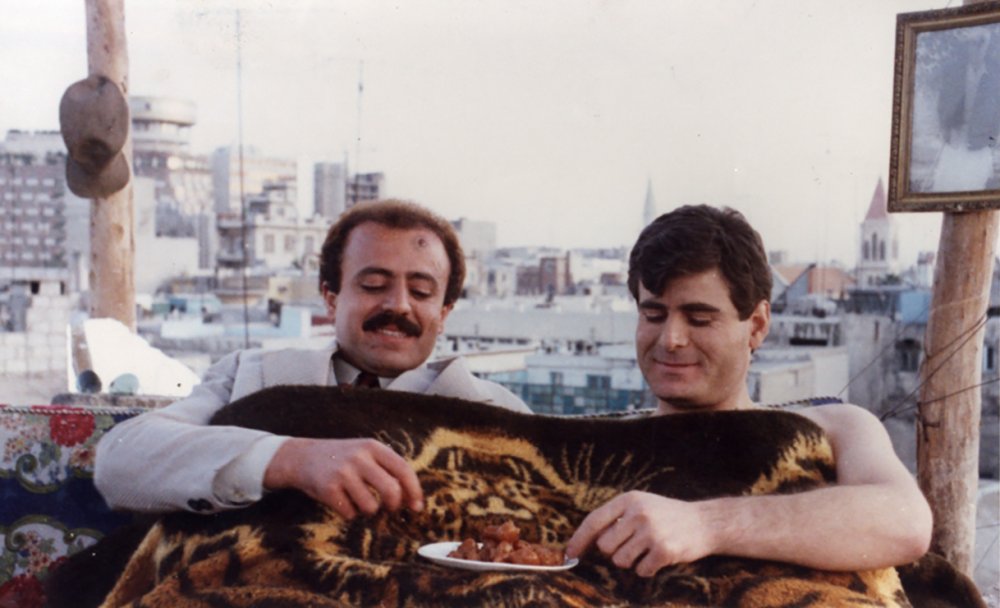 The fact that the rules defining the permissible and the forbidden were never laid open forced artists to live in a constant atmosphere of uncertainty. Yet Syrian filmmakers became apt at finding ways to voice critique or even ‘speak truth to power’ and, as Edward Said has described the role of intellectuals, “represent all those people and issues that are routinely forgotten or swept under the rug”. One filmmaker, however, chose life in exile after some of his critical films were banned in the 1970s: Omar Amiralay returned to France where he had studied and continued to work there.

When President Hafez al-Assad died in June 2000, many people, Syrians and non-Syrians, hoped that his son and successor Bashar would lead the country into a free and democratic future. These aspirations were expressed in the short-lived Damascus Spring movement, which saw the establishment of political salons in private homes and lively discussions about Syria’s future as a free society.

The movement was soon crushed, and a large number of activists imprisoned or otherwise forced into silence. But artists and filmmakers refused to give up their advocacy for freedom. Especially among the younger generation, there was a longing for a cinema that engaged directly with Syrian society and addressed its concerns, and a strong wish to push for a more direct and less veiled language. Helped by the increased accessibility of digital video technique, young film and videomakers began to work independently of the NFO.

Amiralay became a leading figure of inspiration with his uncompromising stance towards the Ba’th regime, his innovative approach to documentary filmmaking and firm belief in the power of documentary film. His work was also informed by a strong skepticism towards easy truths and displayed an often bitter sense of irony. In Tufan fi bilad al-Ba’th (A Flood in Baath Country, 2003) he examined the effects of the Ba’th’s ideological apparatus on society and demonstrated how alignment with official ideology was disseminated through schools and party structures. 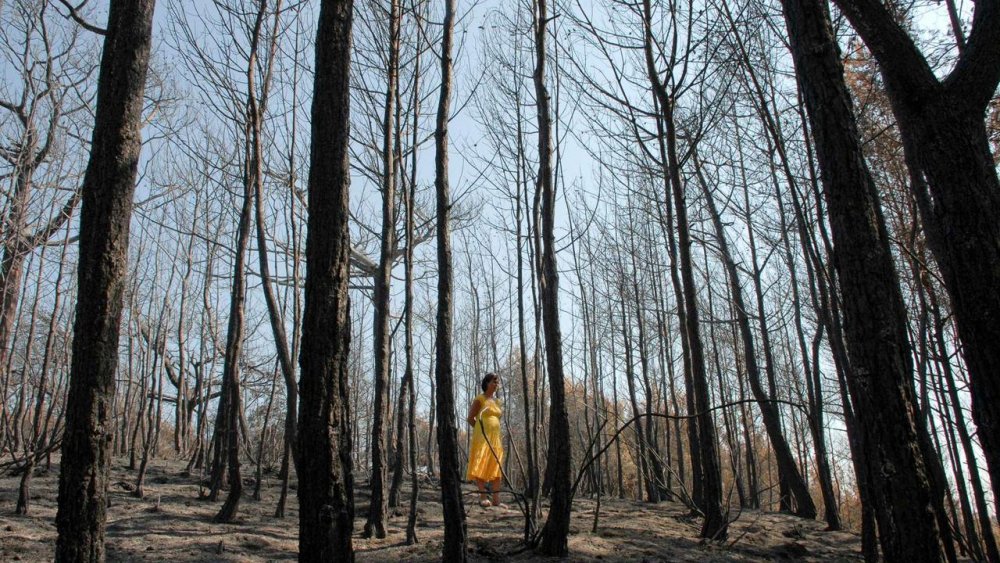 Many documentary videos of the 2000s display the influence of Amiralay’s work and ideas. Reem Ali’s Zabad (Foam, 2008) portrays a Syrian family, largely from the point of view of one mentally ill member. As we follow the daily life of the family, sinister details of the past slowly surface: the husband and wife, both communists, are former political prisoners. Memories of their arrest, their imprisonment, torture and their disillusionment interrupt the seeming calm of their life and their dream of leaving Syria to start a new life elsewhere is complicated by their concerns about the brother of the wife, who due to his mental illness requires constant care. There is no solution to the dilemma; the couple is suffocating in Syria, weighed down by memories and the stifling political climate, but cannot get away.

Activism and the state of disenchantment: filmmaking after 2011

With the beginning of the Syrian uprising in March 2011, filmmaking and all other forms of artistic expression underwent deep changes. From the late summer of 2011 more and more artistic works in a variety of media began to appear online, with video becoming particularly important as a activist tool; the aesthetics of video activists and so-called ‘citizen journalists’, with their shaky, often blurred and hurried images, predomina. Among the many works that have been produced during the civil war, many have been driven more by the wish to document a particular moment or situation than by aesthetic pursuits, and have been referred to as ‘emergency cinema’.

But many works also represent records of a particular moment in the war and stand out as such. Mohammad Ali Atassi and Ziad Homsi’s Baladna al-rahib (Our Terrible Country, 2014) follows the prominent intellectual and writer Yassin al-Haj Saleh on his trip from the ‘liberated’ (and heavily destroyed and empty) area of Ghouta east of Damascus to his childhood city of Raqqa and onwards to Turkey. The physical journey is accompanied by an internal, mental one of reflection on the meaning of revolution, freedom and human relations in situations of exile and separation.

This personal, reflective aspect stands out in the best of these films, just as it does in a number of videos by visual artists. Ammar Al-Beik’s Hadinat al-shams (The Sun’s Incubator, 2011) interweaves the intimate story of the birth of the artist’s daughter with the protests in the Arab world and the torture and murder of a 13-year-old boy, Hamza Al-Khatib. The human body is central to this work, both for its life-giving qualities and its vulnerability.

A later work, La Dolce Siria (2015), presents Syria as a surreal environment, somewhere between a circus and a nightmare. Juxtaposing found and re-appropriated images from a film essay by the film historian Adriano Aprà, Fellini’s Circus, and footage from YouTube showing acts of war by both soldiers of the Syrian army and rebels, it offers a kaleidoscope of horror and absurdity with images of a lion attacking its trainer during a performance (a clear reference to Bashar al-Assad, as ‘assad’ means lion in Arabic) and the voice of the first and only Syrian cosmonaut, Mohammad Fares. As he speaks about the beauty of his homeland as he perceives them from the space capsule, we see images of destruction in contemporary Syria.

Where Al-Beik is very open in his critique of the Syrian regime as the perpetrator of crimes against its own citizens, a video by Randa Maddah, Light Horizon (2012), reflects on human resilience and links the loss of several generations to each other. What would normally be quite an ordinary situation, a young woman cleaning and tidying her house, receives an absurd, surreal quality: the house is a ruin, its walls riddled with bullet holes, the windows bare of glass.

Scenes like this happen all over Syria where people try to create homes with the little they have left. But the house in Maddah’s video is located in the Golan. The conflict and state of war with Israel had allowed the Syrian authoritarian state to keep the country locked under emergency law and through it largely repress any civil society activities. By linking the two Syrian catastrophes, the occupation of the Golan and the current war, Maddah draws the spectators’ attention to the regime’s incapacity to effectively address the needs of the country and its people. In one of the last images of the video, the young woman places a decorative object on the table, an act of resistance in a wounded land.

As the conflict became increasingly violent, the question of safety became ever more urgent for Syrians. Liwa Yazigi’s Maskoon (Haunted, 2014) presents the stories of people who have either already left Syria to seek refuge elsewhere or are contemplating the thought. The question that hovers in everybody’s mind is, ‘When do you decide to leave?’ The lives of the protagonists are almost entirely brought to a halt; they are ready to leave any moment and even those who have escaped the constant shelling seem still to be mentally in Syria. What is haunting them is not something supernatural, but rather reality itself, a reality that has become unbearable.

The trailer for Avo Kaprealian’s Houses without Doors

In Manazil bela abwab (Houses without Doors, 2016), Avo Kaprealian links the question of flight and exile to collective memories of another forced displacement, the Armenian genocide. Kaprealian’s ancestors survived this and settled in Aleppo, like the majority in the city’s Midan district. The film weaves together fragments of life on the street below the windows, wedding and funeral processions, people meeting and children playing, with family stories of displacement and belonging.

Caught in a claustrophobic atmosphere, the film is shot entirely inside different apartments, mostly that of the filmmaker’s parents. While the father is worried that his son’s obsessive filming might put the entire family in danger, Kaprealian’s mother accepts the camera as a confidant. A sense of boredom and waiting runs through the film, but also a feeling of foreboding, of preparing to leave yet again.

At the end, they do decide to leave, and the film’s epilogue is dedicated to their new life in Beirut. The last words in the films are given to Kaprealian’s mother and her account of a dream in which the door to the family’s home was hidden behind stones and bricks, which is for her a sign that they will never return to Aleppo. Kaprealian has dedicated his film to Soghomon Tehlirian, the man who in 1921 shot and killed Talaat Pasha, one of the masterminds of the Armenian genocide. Maybe this is an expression of hope that the misery heaped on Syrians in the 21st century might yet be avenged at some point in the future.

For Syrian filmmakers, the wish to engage with the lived reality of their country has been fraught with dilemmas since the beginning of serious film production in the country. The wish to address critical issues has often necessitated careful consideration of the means through which they speak. But since the 2000s, younger film and videomakers have attempted to find a more direct language, even when dealing with delicate political themes. Since the beginning of the current uprising-turned-war, they seem to have found this visual language. Sadly this has gone hand in hand with the large-scale destruction of the country and the necessity of life in exile for many artists and filmmakers, just as for ordinary Syrians.

Related to “There is no Syrian cinema”: Syrian filmmakers since the civil war