Mohamed Khan, who died this summer, was a leading member of the Egyptian New Realist wave, and a talented director who explored many genres without losing sight of his artistic convictions. 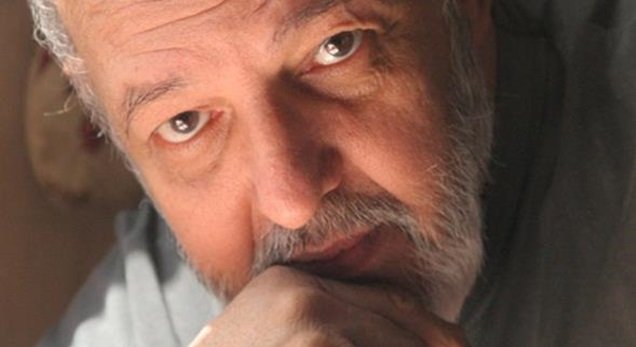 When Mohamed Khan passed away in July 2016, Egyptian cinema lost one of its most talented and obstinate realist filmmakers. With several shorts, two dozen feature films, numerous screenplays, two film books – including one of the first anglophone volumes on Arab cinema, 1969’s An Introduction to Egyptian Cinema – and various on-screen appearances, he proved to be not only multi-talented but, most importantly, to be an enduring pillar of Egyptian New Realism.

It is in this capacity that I came to know Khan, during one of the first Arab film festivals organised by Arab film critics in Paris, in 1987. He was invited along with other Egyptian directors who represented New Arab Cinema in general, and what was then the latest wave of realism coming from Egypt in particular. This was my first encounter with him and the group of New Realist filmmakers whom I found united by a similar interest in dissecting the ills of Egyptian society following President Sadat’s so-called Open Door Policy.

Anwar el-Sadat came to power in 1970. He ended the country’s Arab-socialist experiment and its political non-alignment. The social and political changes he initiated – Islamisation, privatisation and the peace treaty with Israel – altered Egyptian society beyond recognition, and left a wide array of topics for critical assessment. Another upshot of his rule was the massive migration of swathes of the Egyptian workforce to Iraq and the conservative Gulf countries. Eventually, after a heavy crackdown on the entire political opposition, left and right, Sadat was assassinated in 1981 and the Mubarak era began.

All of that became the motor and main motivation of the emerging cinematic New Realism. It was represented by a core group consisting of Atef El-Tayeb, Bashir al-Dik, Khairy Beshara, Mohamed Khan, Daoud Abd El-Sayed, Ali Badrakhan and Raafat El-Mihi. With few exceptions they focused on migration, the spread of materialism, the widening gap between rich and poor (which we could define today as the first signs of neoliberal economics) and, last but not least, religious conservatism.

As well as their evident interest in socio-political themes, they employed formal approaches that helped to define them as realists, from location shooting to sober acting and the reduction of melodramatic elements across script, staging and soundtrack. No wonder that their films were lauded by socially and politically committed cinéastes and film critics as the real alternative to a mainstream Egyptian cinema dominated by musicals, melodramas, comedies and cheap action films.

Yet New Realism never had an easy standing with producers and distributors, for the main reason that Egyptian cinema’s financing structure relies heavily on its star systems and relatively poor producers. A system that hardly allowed anything beyond the typical trivial genre mix presented to local and Gulf audiences during the 1980s its most degenerated form, the entrepreneur film. These were cheaply produced video films which served as an advertisement space for commodities directed to petrodollar-rich consumers. During the 1980s and early 90s quite a number of New Realist films came to life thanks to the involvement of Palestinian producer Hussein Kalla, who invested (and often lost) a great deal of his private money. 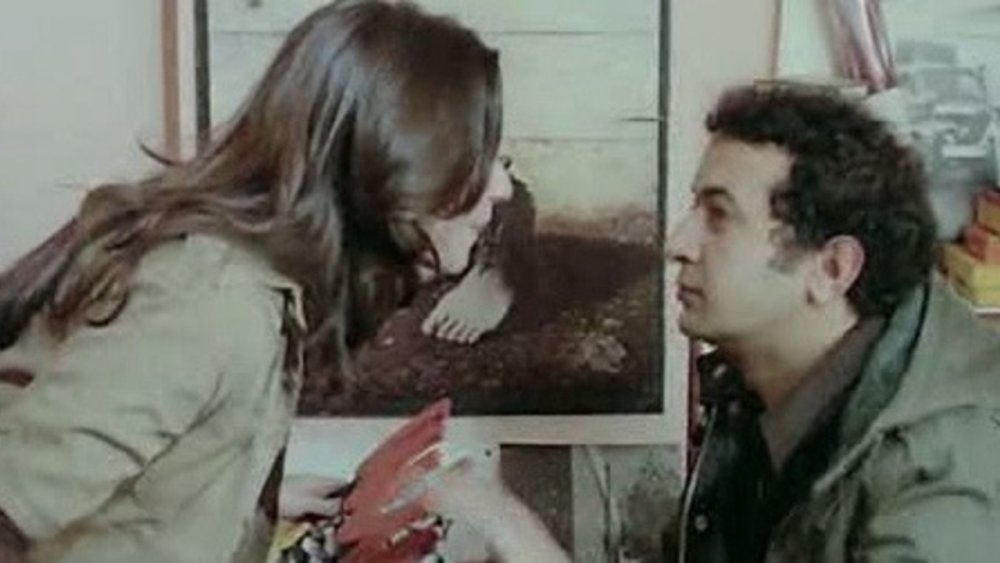 None of the New Realist directors except for Mohamed Khan and Atef El-Tayeb were able to make films regularly within this industry, and when they did, they often had to make concessions in terms of choice of stars and the use of genre elements. Despite these difficulties, each director developed his own style, including Khan. Compared to the others in the group, he had the least melodramatic and most realist film language. More than the others, he was keen to avoid the studio entirely, trying to shoot in real locations instead, sharing the beliefs of the Italian neorealists as described by André Bazin.

In fact most, if not all, of his films owe their realism to this thorough and detailed representation of often lower class or petty bourgeois characters, whether rural or urban, in their natural environment. Some fine examples are Missing (Kharaj wa lamm ya’udd, 1984) and his probably most widely seen film Dreams of Hind and Camelia (Ahlam Hind wa Kamilya, 1988), a sensitive portrait of two Cairo maids and their common struggle for survival. Khan’s particular care in portraying and designing his characters was also apparent when he worked with top stars, such as Soad Hosny in An Appointment for Dinner (Maw’id ala al-asha’, 1981) or comedian Adel Emam in The Champion (El harrif, 1984). As a result he directed them in some of their finest, most consistent and convincing roles of their careers.

These early films show more than anything else the scope of Khan’s cinematic capabilities. An Appointment for Dinner was filled with the dramatic tension of an amour fou, a love-triangle relationship strongly entrenched in class difference, and The Champion presented a sensitive portrait of the social ascent of a football player who started his career on the streets of a lower class neighborhood.

This preoccupation with class difference was nothing new to Egyptian cinema, mainstream or realist. However, like other New Realists, Khan combined it with heavy criticism of the Open Door Policy, which was blamed for the ‘fat cats’ phenomena (nouveaux riches who came to power through corruption and illegal activities), and the growing materialism that was seen as opposed to traditional values of humanism, hospitality and family cohesion. Return of a Citizen (’Awdat muwatin, 1986) for instance, depicted the destruction of a family by immigration and the entrepreneurial spirit after the eldest sister founds a successful business. In contrast, Half a Million (Nos arnab, 1982) and Supermarket (1991) tackled the criminal tactics used by many who became suddenly wealthy, and included action film elements. 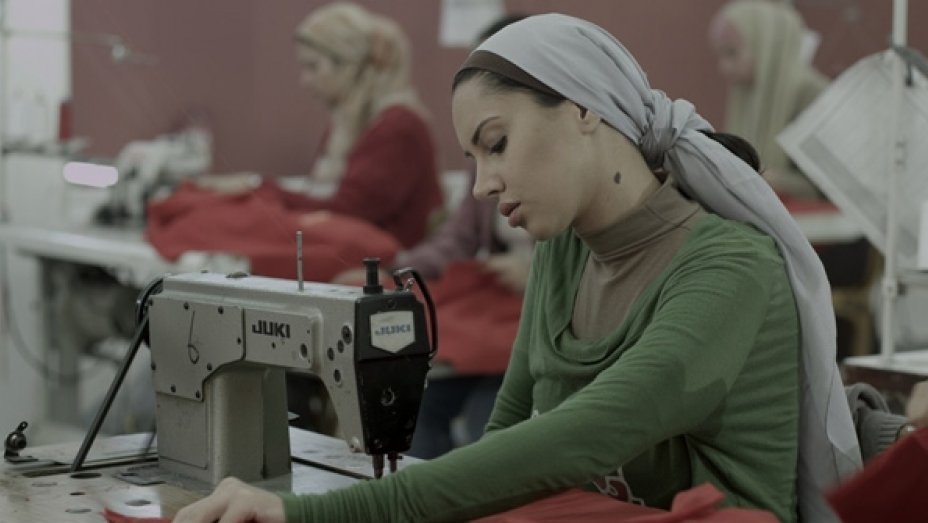 Khan experimented with other genres as well. His first film, Sunstroke (Darbet shams, 1978) is reminiscent of Antonioni’s Blow-Up, and Desire (Al-Raghba, 1980) was an adaption of The Great Gatsby. He also made road movies such as Bird on the Road (Taer ala el-tariq, 1981) and Omar’s Journey (Moshwar Omar, 1986), a musical (Mr Karate, 1993), a romance (The Heliopolis Apartment/Fy shaqqat Misr al-Jadida, 2007), a biopic of none other than Sadat with The Days of Sadat (Ayam al-Sadat, 2000) and, last but not least, the highly complex political film Wife of an Important Man (Zawjat rajul muhimm (1987). This film in particular stood out not only because of its lead players’ extraordinary presence but also because of its original story and meticulous character descriptions. It centred on the wife of a secret agent and the course of her marriage, which begins when Gamal Abdel Nasser is president of Egypt and continues into the Sadat regime, reflecting indirectly the husband’s gradual descent into moral corruption, cruelty and ruthlessness.

Naturally, some of these genre excursions came about because Egypt’s New Realist wave died out during the 1990s. Yet, unlike others, Khan never gave up on his realist convictions or changed his path, despite these detours. While the core group either stopped working or shifted completely to either arthouse or genre filmmaking, Khan came back after a break of six years with Klephty (2004). This film about a lower-class crook trying to make ends meet was one of the few independently produced Egyptian films of the time, shot digitally and without any stars. Even though the film was not released theatrically, it signalled the stylistic and financial potential of the digital format, especially for direct, quasi-documentary realism.

A short while later Khan succeeded in winning back Egyptian audiences with a typical realist female bonding movie, Downtown Girls (Banat wist al-balad, 2005), scripted by his second wife Wessam Soliman. Their fruitful collaboration resulted in films including Factory Girl (Fatat al-masna, 2014), which was also independently produced but was shown in cinemas and appeared at festivals.

Two years later Khan released another movie and he had a second in the pipeline when he died. Only his death at the age of 73 could prevent his tenacity from triumphing one more time. May he rest in peace.