Arab cinema after the Arab Spring

The region’s revolutions may have largely curdled, but its filmmakers persist in opening up. 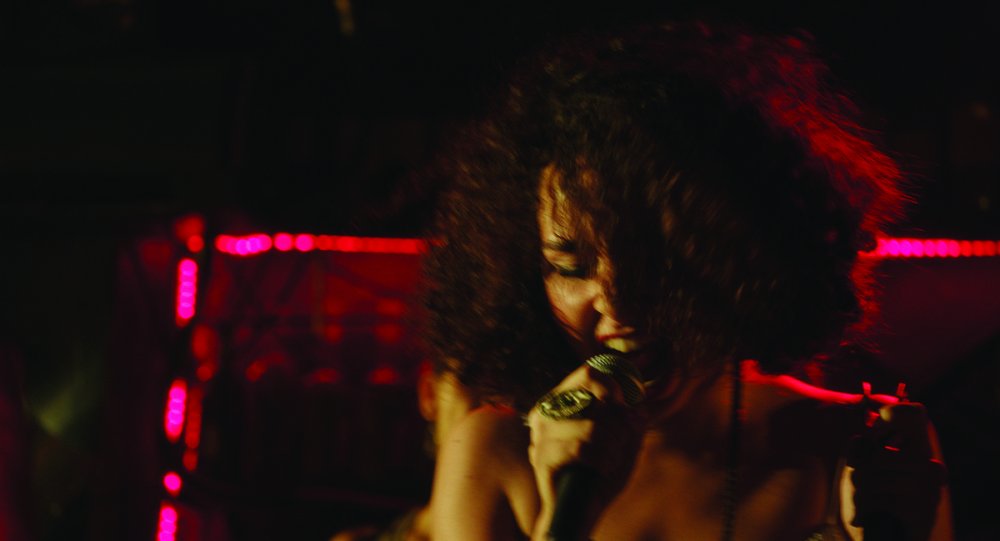 This week sees the Institute of Contemporary Arts playing host to the third edition of the Arab British Centre’s biennial SAFAR Film Festival. An opportunity to expose curious UK audiences to both emerging and established talents in contemporary Arab film culture, it consists of eight feature presentations and a collection of accompanying shorts. The programme has been compiled by writer and curator Rasha Salti, who resides in Beirut and has previously collaborated with the Museum of Modern Art in New York and Tate Modern in London, and has selected cinema of the Arab world for inclusion at the Toronto International Film Festival. She relished the opportunity to return and present films in London after some time away. “Part of the magic of cinema is this charming, emotional and subjective invitation to travel to other parts of the world, and how the boundaries of foreignness and otherness dissipate with that travel.”

In the case of this year’s SAFAR line-up, the region that Salti’s selections hail from is one that has been fundamentally altered over the past half-decade by the events of the Arab Spring. This is not just a case of countries that have seen a wave of change sweeping through the political establishment, but something essential that has opened filmmakers up to new ways of seeing and fresh modes of working. “It’s like the genie is out of the bottle; the fact is that hundreds of thousands of people could express their political aspirations by just going down in the street, defying the police, breaking fear,” Salti tells me. “The most important emancipation that happened is the emancipation from self-censorship, and I think that’s why you have this wildness about the recent films.”

As a result, the films are not purely transgressive with regards to their content – though some certainly are – but also in their newfound artistic freedom. “Filmmakers have attended the workshops and listened to people with white hair and a lot of wisdom, and they’ve decided to pursue their own vision anyway,” Salti observes. In other scenarios in film history, reactions to political systems have proved the direct catalyst for cinematic innovation (seen in central and eastern Europe during the latter half of the twentieth century, for instance) but in modern Arab cinema, the two go hand-in-hand; this formal evolution is a result of the Arab Spring while not always being motivated by it.

This was one of the reasons that Fares Naanaa’s debut feature Borders of Heaven caught Salti’s eye and was selected for the programme. An understated relationship drama about a couple struggling to come to terms with the death of their young daughter, quietly heartbreaking and very effectively moored by moving, nuanced performances from Anissa Daoud and Lofti Abdelli, it is a truly universal tale that could have been made anywhere.

The fact that it was made in Tunisia is significant. “The manner in which it’s done,” explains Salti, “and that [the loss] is the primary element of the drama, is courageous. It’s breaking with expectations as to what an Arab film should be.” There is a constant pressure for filmmakers across the Arab world to address political or social issues – both in terms of expectation and their own internalised ideas of what a film should be and do. That the tragic death in Borders of Heaven was not caused by Islamists, combat or political turmoil may be a bold decision, but it serves its characters perfectly, denying them an obvious external force to project their grief onto, and forcing more psychological complexity into their internal struggles.

External conflict does remain a substantial factor in a number of the other films in the lineup, but its role ranges from being a defining element to explosive backdrop to providing context. Two very different films occur within single apartments as war rages around them: Salem Brahimi’s low-key drama Let Them Come and Avo Kapraelian’s documentary Houses without Doors.

Brahimi is a documentarian who has crossed over into fiction for Let Them Come, a chamber piece set during the ‘dark decade’ of the Algerian Civil War in which Islamists clashed brutally with the government. Natural associations with the atrocities of ISIS maintain the subject’s relevance to modern audiences.

Kapraelian’s film on the other hand is undeniably current, whilst mining the past for echoes and meaning. The director films in the small flat that he shares with his parents in the Armenian district of Aleppo. For all of the firsthand footage that he shoots from his balcony – from rites being conducted in the street below to the dystopian visage of smoke plumes towering over the city – his approach is far more experimental than might be expected (or than that of Mohamed Jabaly’s recently released Ambulance, which effectively begins from the same starting point but in Gaza City). Houses without Doors weaves in cinematic archival footage from the likes of Alejandro Jodorowsky and Armenian filmmakers Henri Verneuil and Don Askarian to draw haunting parallels to the Armenian genocide of a century earlier.

“The point is they’ve decided to push the envelope,” says Salti of these new directors’ experiments with form. “In the past five years filmmakers have ventured into pursuing their own aspirations, forging their own voice, kind of without compromise. It jumps at you.”

Love, Theft and Other Entanglements trailer

For a long time the prevailing genre in Arab cinema was the socio-political melodrama, so alongside more structurally daring documentary Salti wanted to showcase the opposite end of the spectrum. Although its premise is taken from a true story, Love, Theft and Other Entanglements is pure genre filmmaking with a rich vein of humour unique even amongst this intentionally varied selection. Shot in monochrome and beginning with the theft of a car by young Palestinian criminal Mousa (Sami Metwasi), it strikes an undeniably Godardian note that is echoed in a post-coital bedroom sequence later on.

Where Jean-Paul Belmondo killed a policeman and had to go on the run, though, Mousa discovers that the car he’s stolen wasn’t Israeli at all but belonged to the Palestinian militia and has an Israeli soldier tied up in the boot. Unusually for films set in Jerusalem, Mousa is almost entirely apolitical – his motivations are utterly selfish and involve a plan to hightail it to Europe. In fact few if any of the characters are especially admirable. Instead this darkly comic caper poses challenging questions about moral responsibility, all while keeping the narrative entertaining. This light-hearted streak was precisely what attracted Salti to the film. “Comedy is becoming more and more present in Arab cinema. Egypt produces a lot of mainstream box-office comic films, but in the auteurist [realm] there have not been that many.”

Before the Summer Crowds trailer

Egypt provides the setting for the festival’s opening-night film, a sly melodrama that has proved to be the swan song for the recently deceased Mohamed Khan, Before the Summer Crowds. Hiding social commentary in plain sight, it is a story about a handful of holidayers who arrive at a idyllic resort before peak season starts for a brief moment of privacy and solitude. Its soap-opera stylings somewhat obfuscate a narrative dancing around issues of desire, voyeurism and corruption, all wrapped nicely in the softer shell of a comedy-drama of manners. Perhaps most shocking and exciting are the moments in which Khan flouts the tenets of Egypt’s notion of ‘clean cinema’. “We have not seen a woman in a bathing suit in an Egyptian film since 1950 or 1960, and that passionate French kiss…” enthuses Salti. “Whether you like it or not, it’s like a moment where you say ‘Finally! They’re kissing in Egypt!’”

As I Open My Eyes trailer

Where Khan surreptitiously challenges conventions, the characters in two other films face dilemmas about confronting the oppression of their respective governments. In Leyla Bouzid’s As I Open My Eyes, a young female singer (played endearingly by Baya Medhaffer) wants to stir up her contemporaries in the period just prior to Tunisia’s Jasmine Revolution. The politically charged lyrics of her band’s songs and her defiant personality threaten to land her in trouble with the authorities, the consequences of which she fails to grasp.

In Moroccan director Hicham Lasri’s enigmatic and essayistic Starve Your Dog, the characters are confronted by a ghost from their past in the form of a fictionalised version of the Interior Minister renowned for masterminding state-sanctioned bloodshed during the Years of Lead. Lasri imagines that instead of exile, Driss Basri (played by Jirari Ben Aissa) was placed under house arrest and now breaks cover to give a single television interview. However the crew must come to terms with their own feelings about Basri, particularly those whose friends and family suffered at his hand. These two films couldn’t be more different – As I Open My Eyes is a rhythmic but conventional drama, Starve Your Dog a kinetic, opaque experiment – but both portray a reflection on, and reaction against, ruling powers. While Bouzid’s film mines the recent past for a glimpse at a hopeful future, Lasri’s conversely uses the bloody past to undermine optimism by alluding to connections between the deposed regime and the current one.

It is the future that causes the consternation at the heart of Sélim Mourad’s intimate documentary meditation on lineage, This Little Father Obsession. Mourad’s homosexuality – acknowledged by his father, but not embraced – has become a problem for Mourad in the wake of his sister’s death and his realisation that he will be the end of his family line. Concurrent is the story about his family home, which they desperately tried to protect during the Lebanese Civil War – going as far as bribery – but which they subsequently couldn’t afford to maintain and now cannot seem to sell. The family’s future is uncertain in multiple ways. Mourad is a charismatic presence behind his camera and uses an actress to provide the voice of his sister, who he admits speaking to regularly. Nonlinear editing creates an impressionistic portrait of Mourad’s self-doubt and his family. Lebanese audiences, however, are unlikely to see the film, with its focus on homosexuality and a scene in which Mourad tries to appear in a family photo naked likely to upset the authorities.

Across the programme there are films that actively push against boundaries and openly address taboo subjects, and there are characters within films that do the same – for better or worse. This is arguably what both Western and Arab audiences and filmmakers have come to expect from leading cinema from the region in recent times. However, what this year’s SAFAR programme really highlights is the less obvious legacy of the Arab Spring for the filmmakers that it has impacted upon: diversity. “The films are very different, and this is what I wanted to foreground,” said Salti when asked to summarise the connective tissue that brought all of her selections together. “You have very personal documentaries, borderline experimental documentaries, comedy and social melodrama, and there are films that deal with political events in the Arab world head on, and some that don’t. I think that’s one of the ways I would characterise Arab cinema of the past five years.”