As Egypt forges itself anew, Omar Kholeif looks back at representations of nationalist revolution in its cinematic history. 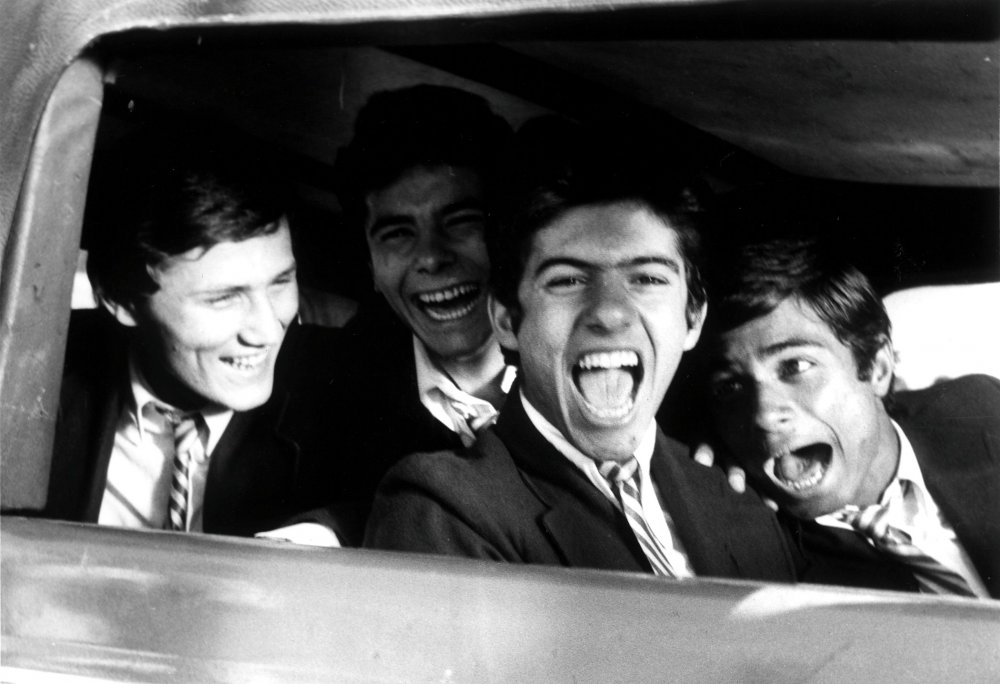 As jubilation gives way to anxiety and the arduous processes of political renewal that follow a people’s revolution, it feels apt to consider some of the landmark representations of public insurgency in the history of Egyptian cinema.

Prior to the uprising that culminated with the removal of President Mubarak on 25 January 2011, Egypt had been subject to two major revolutions, in 1919 and 1952. The first of these was concerned with ending the British occupation; the second involved the overthrow of the country’s monarchy by a radical Arab-nationalist leadership, leading to such geo-political watersheds as the Suez Canal Crisis and the Six Day War with Israel. Unsurprisingly, these struggles have captured the imagination of Egyptian filmmakers, from Kamal Selim with the pioneering 1939 protest drama Al-Azima (The Will) to Khaled El Hagar with Ahlam Saghira (Little Dreams, 1993), a child’s-eye depiction of nationalist disillusionment during the Six Day War.

The Arab world’s economic, cultural and political behemoth, Egypt is renowned for its popular cinema. Once dubbed the ‘Hollywood of the Nile’, its film industry has proved a force for collective pride and unity nationally and regionally. Its films have served as both spectacle and subversive exposés of daily life in the Arabic world – from the sumptuous, camp melodramas of Youssef Chahine to the lowbrow, seemingly unassuming slapstick comedies of Ismail Yassin (directed by ex-army officer Fatin Abdel Wahab).

The country’s first indigenous films were made in the aftermath of the 1919 revolution. One key figure was former officer and nationalist moderniser Mohamed Bayoumi, who founded the Amon Film studio in 1923 and began making first documentaries and then socially acute comedies. One of his first newsreels shows the celebrations that greeted the return from exile of former nationalist leader Saad Zaghloul.

The 1930s saw the nationalisation of the cinema industry – thanks in part to Bayoumi’s unacknowledged work – with the establishment of Studio Misr (‘The Studio of Egypt’) and the Egyptian Company for Acting and Cinema (ECAC) in 1935. A new cinematic ideology was born, founded on the post-colonial assumption that the new filmmaking workforce should produce politically infused cinema that rebutted the cultural voyeurism of the British, Italian and French imperialists, who had dwelt on the nation’s architecture, landscape and cultural traditions.

Such moves paved the way for the first Golden Age of Egyptian Cinema. One of its opening salvos was Selim’s debut The Will, which (in an echo of recent events) depicts a number of disgruntled university graduates protesting at Egypt’s High Institute of Commerce.

This representation of the collective rebel forces of ‘Masr Om El Donya’ (‘Mother Egypt’) also figured in the work of leading filmmakers such as Henry Barakat, Salah Abou-Seif and Chahine. These practitioners were deeply inspired by Egypt’s rich literary tradition – in particular the work of Nobel Prize-winning author Naguib Mahfouz, whose Cairo Trilogy encapsulated everyday life in post-revolutionary Cairo from the 1919 revolution to the end of World War II.

Mahfouz’s focus on the brutal reality of familial life in Egypt also begat Bidaya wa Nihaya (A Beginning and an End), adapted into a 1960 film by Abou-Seif. This film, which marked a transition from the relatively rose-tinted, coarse storylines of the Golden Age of Egyptian cinema, sees the protagonist (a youthful Omar Sharif) driven by a self-loathing desire to break free from his impoverished roots. Like many Egyptian films of the time, A Beginning and an End regards the family unit as an allegory for the bruised maternal nation in the aftermath of colonial rule.

Sharif resurfaced in Barakat’s revolutionary tale Fi Baitina Rajul (A Man in Our House, 1961), one of the most nationalistic films of its time. He plays Ibrahim Hamdy, a university student and revolutionary whose desire to see Egypt freed from British rule leads him to murder the Egyptian prime minister. Afterwards he takes refuge in the home of a classmate, and ultimately falls in love with a colleague’s sister. When his lover’s cousin discovers Hamdy is in hiding, the entire family is blackmailed and the personal and the political become irrevocably and violently connected. Embracing the nationalism of then-president Gamal Abdel Nassar, the film suggests that the yoke of colonial rule was an all-pervading influence that had to be collectively fought. His narrative is black and white: joining the revolution is the only choice for any honourable Egyptian. 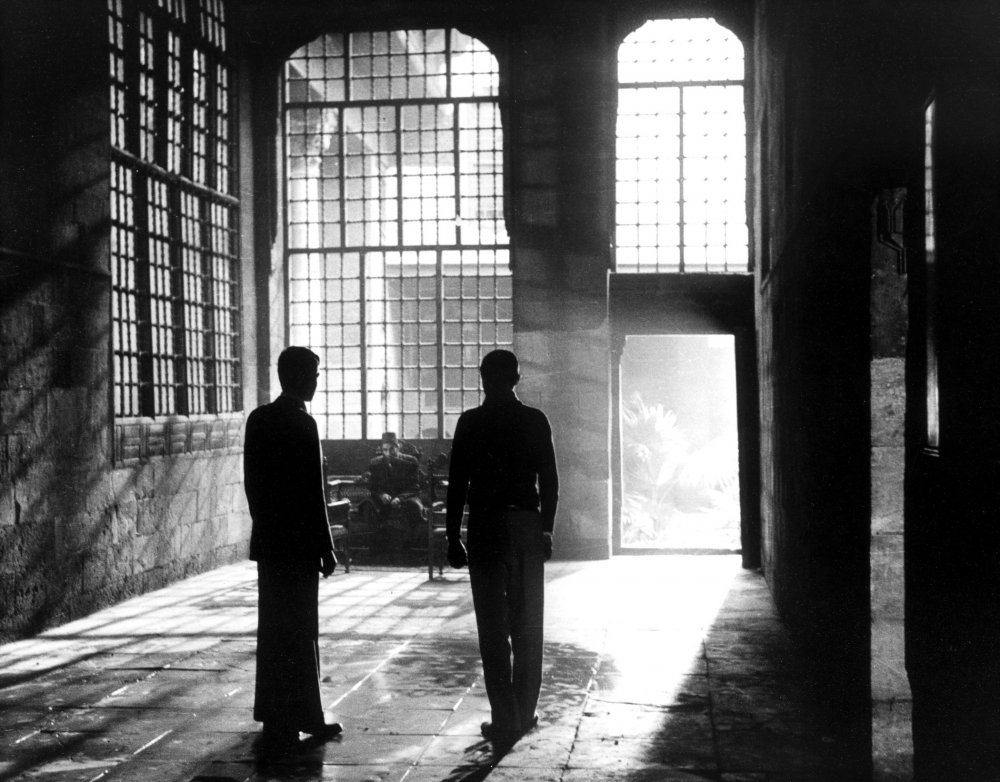 By contrast, nearly 20 years later, Youssef Chahine presented viewers with one of the most entangled representations of revolution on the Egyptian screen with his World War II-set Alexandria, Why? The film begins with British and Egyptian forces banding together to fight the German threat to Egypt’s second city. The motion picture is a complex collection of anecdotes, as differing allegiances splinter the Egyptians against the British army, while political factions start to rupture and minority cultures are left feeling voiceless by the malfunctioning government machine.

Chahine’s representation of revolution here is markedly different from its predecessors. It complicates Egyptian identity by signifying nationalism’s discontents, and suggests there is more to Egyptians than the polarities of victim or nationalist hero: protagonist Yehia (the young Chahine) escapes the upheaval by fleeing into the world of Hollywood musicals and the American Dream; his uncle finds that his nationalist verve is weakened when he develops a desire for the British soldier whom he has kidnapped; an interfaith Jewish/Muslim couple find that they must decide between their love for one another or their allegiance to their nation.

It is through these various filmic representations that the Egyptian people are unified on screen; it is when dissidence gives way to difference that a revolution has truly succeeded. Yet since the late 1980s the country’s cinema has been dominated by cut-rate imitations of hegemonic Western cinema and lowbrow, low-budget films for a burgeoning middle class weaned on soap operas.

Now, as the aftershock of revolution ripples amongst the masses of the Middle East and North Africa, it is time to see if today’s Egyptians can foster a state that allows for the plurality of identities evinced by the likes of Chahine and his predecessors.