The British short filmmaker explains how he respun his mother’s pre-marital desert escapades into a compelling – and Cannes-winning – allegory of emancipation. 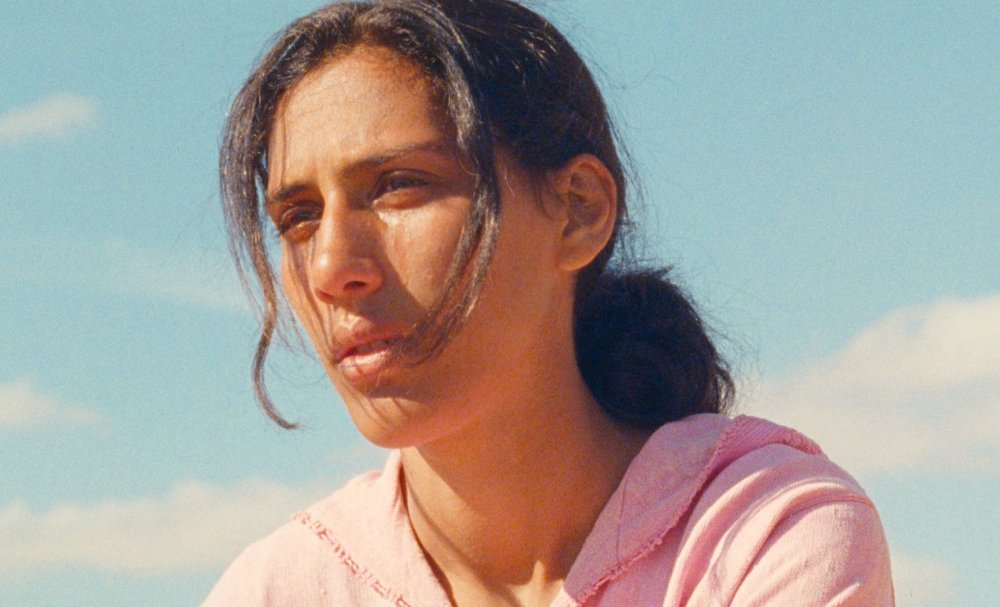 Morocco and exotic spectacle have traditionally gone hand-in-hand for British directors – from Hitchcock’s The Man Who Knew Too Much, where tourists find the marketplace of Marrakesh a sinister hotbed of mystery, to David Lean’s grandiose epic Lawrence of Arabia, where the Ouarzazate desert stands in for territory unpassable even by Bedouin.

In sharp relief to those colonial daydreams, The Curse – which won young British filmmaker Fyzal Boulifa the Premier Prix Illy for Short Filmmaking at this year’s Cannes Directors’ Fortnight – sprang from a more personal (yet still mythologised) relationship to the Moroccan terrain in which it plays out.

Boulifa – born in Leicester to Moroccan parents – based the short on an anecdote his mother told him about her youth before she emigrated Morocco. Living in a small, highly conservative town where it was controversial for a girl to even speak with men to whom she wasn’t related, she’d walk for hours into the desert to meet her lover in secret – and on one occasion was caught by a small boy.

It’s from this compromising situation that the plot of The Curse unfolds. Shot on an unforgivingly sparse expanse of bleached earth near Marrakech, it sees young Fatine (compellingly weighty non-professional Ibtissam Zabara) hurrying home from her compromised tryst, resorting to desperate measures as she tries placate a growing rabble of children in pursuit.

I spoke to Boulifa ahead of The Curse’s UK premiere at the London Film Festival.

What inspired you to commit your mother’s anecdote to film?

My mother is very religious now, so it was fun for me to think of a time when she was a rebel. She was adopted by an older single woman and grew up in an incredibly family-centric environment. I think she had a keen sense of being an outsider. She dreamed of escaping to Europe. 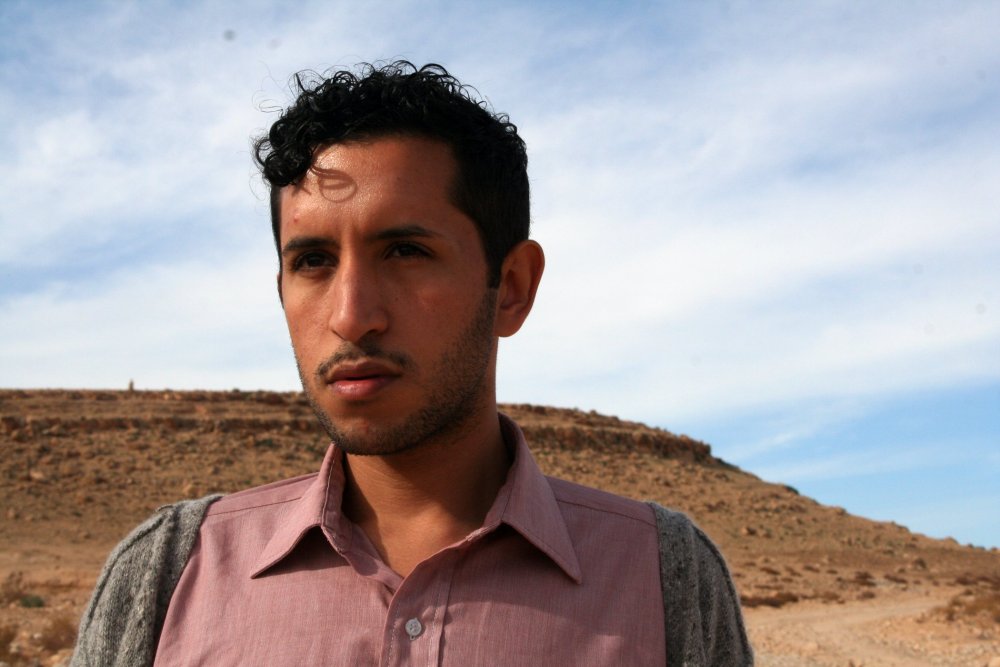 Because of my physical and temporal distance from the story I started to sense that the film was growing in my mind as a kind of fable or fairytale. I found that exciting, so went with it. Many of the details changed from my mother’s experience; I felt it must become its own story and that it wouldn’t help to be a slave to historical facts.

The arid location is very striking…

We shot in the rural part of Chichaoua, a little nowhere town on the highway between Marrekech and Essauoira. The Moroccan producer was stunned I wanted to shoot there – he’s used to Westerners coming in and wanting the beautiful and the epic. It was exciting to shoot in Africa but I knew the landscape could become a distraction. I wanted something punishing but without a lot of detail, almost abstract – so the characters would stand out from the environment as in a picturebook, and Fatine would have nowhere to hide.

This focus on a strong female character who’s condemned as sexually transgressive is shared by your previous shorts Whore. and Burn My Body. What draws you to this theme?

I’m interested in the psychology of the outsider, particularly her relationship to herself. Although these characters are not accepted by their environments I try not to make them victims – I don’t think the two things are the same. Sex might be a way for them to rebel and to retain a part of themselves, but I don’t think defending it is the end goal. Actually in each of the films it’s a kind of dead end.

Your films are boldly provocative. Do you see your role as one of confrontation?

I think if you can shake people out of black-and-white thinking, even for a moment, you’re doing okay. There’s this thing in British cinema where if you’re not going to be commercial you have to apologise by being understated and subtle. There’s a lot of stuff just wearing arthouse clothes. I don’t see making a smart, relevant film as being opposed to being exciting and direct.

What’s your relation to Islam in this context? Do you ever fear causing offense?

I’m not sure what my relation to Islam is. I find aspects angering, aspects beautiful, aspects curious. I do feel very strongly against an expectation that if you’re making films and from a minority – Arab, gay, whatever – you should be ‘representing’, promoting yourself and your people. We’ve all seen those films and no-one really likes them. And it’s shit because of course the effect is inverted – what happens is artists belonging to these groups end up limited and misdirected. I don’t think it’s a coincidence that the first great queer film in years (Weekend) is pretty ambivalent about gayness. 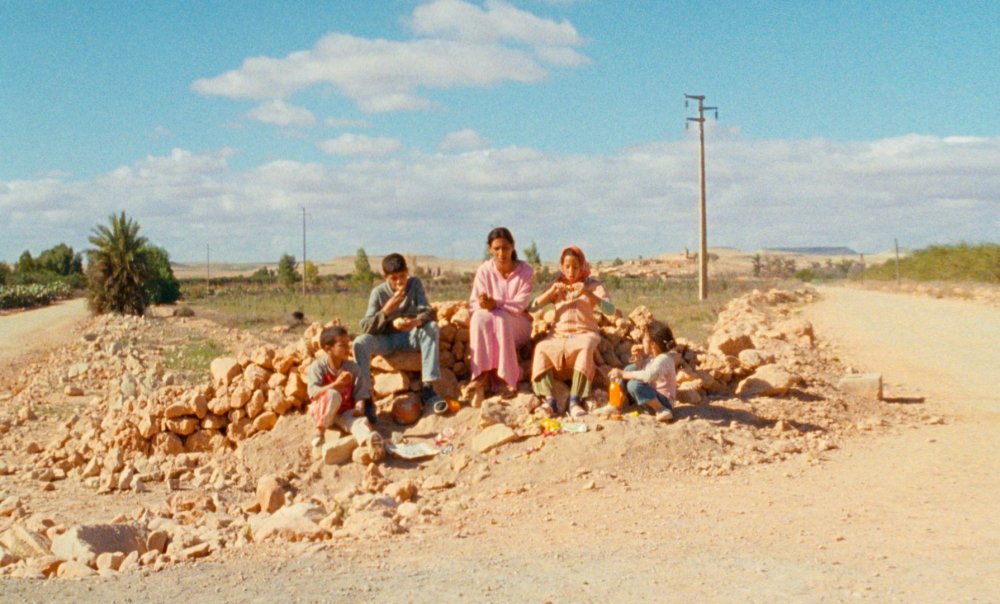 The Curse has a real fairytale, allegorical quality. Can you comment on your choice of title?

I liked this title because it seems rather definite but it could in fact be many things. The appearance of the children following Fatine’s meeting suggests a kind of instant-karma punishment for her transgression. The way in which she is unable to shake them also seems supernatural.

Here in England ‘the curse’ is of course slang for menstruation, which suggests Fatine’s curse may be her femaleness. I ultimately think of it as something more abstract, like the difficulty of being an individual within something bigger: the title in Arabic (‘Al-Laana’) suggests the kind of curse that only God can decree.

It’s particularly unsettling that the aggressors who wield such power over Fatine are children. It makes her social entrapment seem all the more pervasive and inescapable.

The children appear initially as apparitions but their mystique falls away as the film progresses – and by the end we realise there was nothing really underpinning their actions other than basic urges and whims. This is much more horrifying for Fatine because she realises that even her aggressors are pathetically human.

Why do you use non-professional actors?

The physical reality of a performer is more important than anything else. Trained actors tend to be demographically homogeneous, so often look the same. Cinema needs to have respect for faces because we’re all very good at reading them. Pasolini had it in The Gospel According to St Matthew.

I work on instinct, choosing people who excite me and convey the character simply by being. Ibtissam Azara, who plays Fatine, has a remarkable mixture of feminine and masculine qualities, so I could immediately believe she might not slot into a society with strictly prescribed gender roles easily.

Non-professionals often don’t enjoy being watched, which is much more interesting than the opposite. They also trust you instinctively because they don’t yet understand the process. This is very useful. I don’t necessarily need anyone to interpret what’s happening on set psychologically because that is fluid and only really reveals itself in the edit, when you put one image next to another. Not letting performers know about the story or the characters means more work on set and in post-production, but ultimately more control. 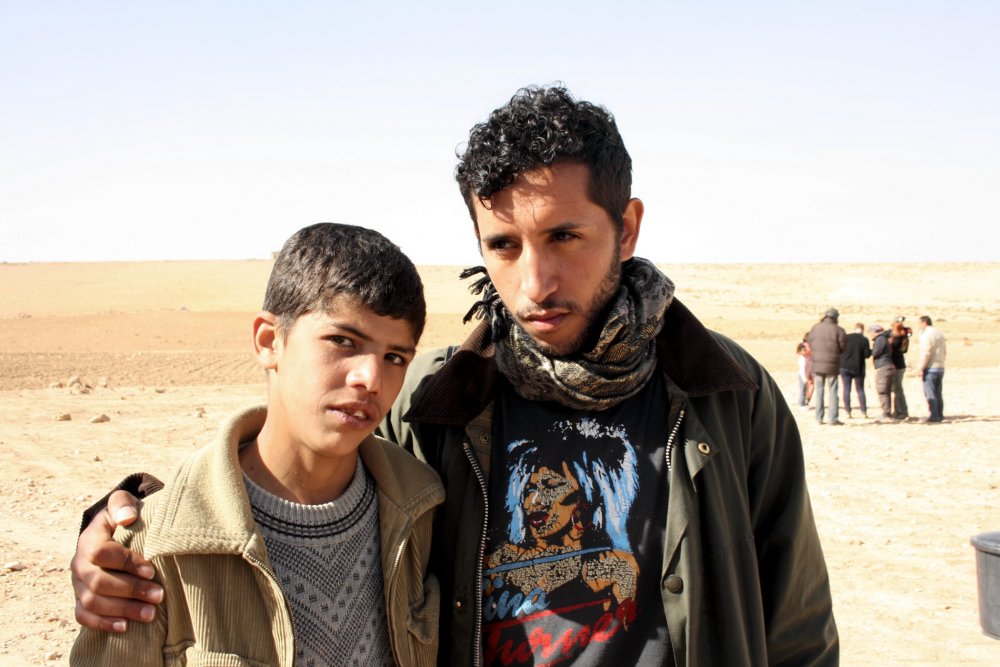 How did you start out in filmmaking?

I dropped out of film school. I found it absurd that none of the tutors were good filmmakers and felt it would be better just to make my own mistakes. In that sense I’m self-taught, but in another I’ve been nurtured by the industry, being lucky enough to have made three short films with B3 and the UK Film Council, and most recently having the good fortune to work on The Curse with Film4 and BFI. After all of that I feel like I’m just about ready to graduate.

Who are your main influences?

One of the good things about making a lot of shorts is that as you go, your influences become less heavy-handed. It’s a good way to clarify your voice. If I just tried to make a feature off the bat I think I’d have been really confused. On my first short, I was like: “I wanna make something just like the Dardennes!” And it doesn’t necessarily work, because they have a particular worldview and just because you love their work doesn’t mean you share it. You can borrow the aesthetic, sure, but it will be hollow.

The more you make stuff the more you can relax and realise it doesn’t have to be a wilful thing. Your influences are there, you can’t choose them and can’t escape them. You realise A Nightmare On Elm Street is as important to you as Rosetta. Another filmmaker whose work is definitely embedded in my consciousness is Carl Dreyer – he always made films about witches.

What next for you?

A long film! I’ve become confident making shorts, so it’s time to move out of that comfort zone. I’m working on two things: the first is a probe into adolescent identity and technology, how selfhood might be changing. I don’t think there’ve been any good films about the internet yet, so I guess it’s ambitious.

The second is set in the Middle East, taking the remote, fable-like atmosphere at work in The Curse and pushing it towards full-on horror. I’m inspired by a lot of the folkloric Japanese films of the 50s and 60s, which were often ghost stories.

Related to “Smart, relevant… and direct!” Fyzal Boulifa on The Curse