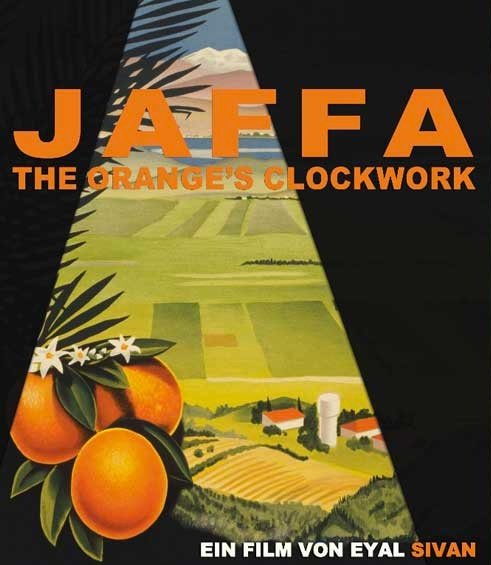 Why a ‘Palestine Film Festival’?

In the first place, of course, why not? Plus, this year’s festival turns out to be less about a suppressed nationhood than about multiple audio-visual adventures exploring the Palestinian question across different times and spaces.

Unlike your typical film festival, the programme dispenses with the orderly classification of films by genre. In the Palestine Film Festival a screening may start with a full feature, follow with a documentary and conclude with a piece of video art, or vice versa. Admittedly it’s a small festival with limited options, but the programme seems to reflect a similar blurring of genre boundaries that distinguishes many of the films themselves.

(And if this claim sounds forced, I should add that I certainly tried to imitate your typical film festival when I received review discs of these films, dividing them into supposed genres from fiction to documentary and video art. It didn’t take me too long to realise how badly I’d missed the point, though. Even the first film on my list dispenses with such clear-cut distinctions.) 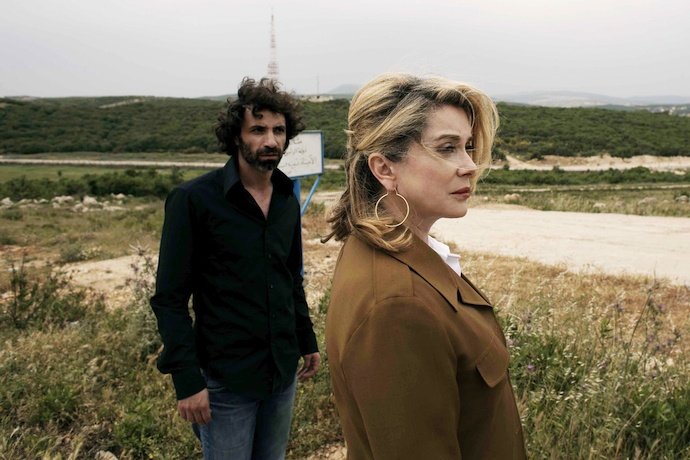 It is quite eye-opening to see I Want to See in the frame of a ‘Palestine’ film festival, given that it is a Lebanese film, shot over the Israeli border in southern Lebanon. Catherine Deneuve ‘wants to see’ the consequences of the 2006 Israeli war on that country. As she travels around on this mission, though, the camera barely leaves her face. On her quest for seeing, she turns into the subject of seeing. This is particularly manifested in perhaps the most important shot in the film: sitting in a car in Bint Jbeil, anticipating bearing witness to the devastation in one of the most heavily bombed towns in that war, she is surrounded by a staring crowd of the town’s residents.

As this might suggest, the film is almost eventless, and less fiction than something like a real-time documentary about a would-be spectator. In its length the film also ends up seeming like a contemplative video-art exercise: while the camera rolls happily away, the images remain almost still. 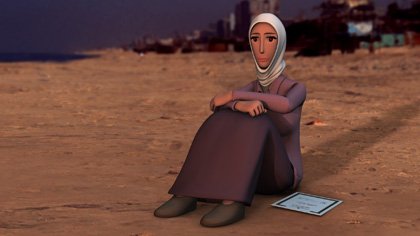 In the last few years there have been a few attempts by Palestinian artists and film-makers (notably the Zan Studio group) to explore the medium of animation. The computer-animated Fatenah may be considered the most complete attempt yet. It tells the story of Fatenah, a young woman living in Gaza (denoted by Erez checkpoint and the waves of the sea) in the years after 2004 (hinted at by the pairing of portraits of Yasser Arafat and Mahmoud Abbas hanging on the wall). She’s diagnosed with breast cancer, and the film follows her illness under the Israeli occupation and military control over Gaza, with the limited medical resources available to Palestinians.

The opening titles indicate that the film is based on a real story: a real reality. And the animation often resembles reality, just slightly manipulated. For example, events are depicted using computer graphics, but the pictures that hang on a wall are real photographs, and images on a TV screen are real TV images. This results in a disorienting experience as there’s a reversal of the formula of the real in such scenes. In reality, images hanging on the wall are often perceived as unreal, especially when they are drawings, while events in life are real.

The real sometimes lies not in what is seen but in what is not seen. Jaffa: The Orange’s Clockwork is a documentary, no doubt. But it is a documentary that depicts the construction of a fictional narrative: the myth of “a land without people for a people without a land”, as manifest in the Jaffa Oranges brand. Although the first half of the film lingers for too long on this myth and its construction, its second half manages to reveal the hidden tragedy and cruelty to which the inhabitants of Yafa (or Jaffa) have been subject since 1948.

The film expounds how art, and film in particular, has assisted that denial of the existence of Palestinians in Palestine, and of the possibility of a state for all its inhabitants. One eventually comes to question the role of images and film in the Palestinian tragedy (and probably that of Israelis who were prevented from living outside the notion of a Jewish society in Palestine). 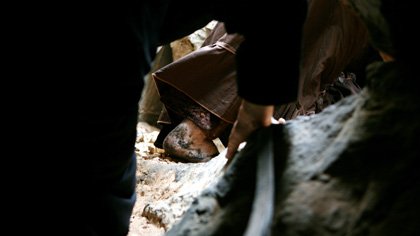 Journey 110 is presented as video art, yet is probably the most documentary piece in the festival. It reflects not only how images have often betrayed Palestinians, but the fact that for Palestinians to survive, they have often had to become invisible. The piece starts with total darkness filling the frame for some time; no matter how long you look, how much you try to see, there is only blackness. Eventually we begin to see light seeping through a pile of stones in a tunnel. A group of walkers are heading towards that forbidden light. More than anything else, the piece confirms that the visual narrative about the Palestinians lies not in what is made visible, but in what is kept invisible. And yet it’s an intriguing form of invisibility that does not yield to the current global dominance of the image. 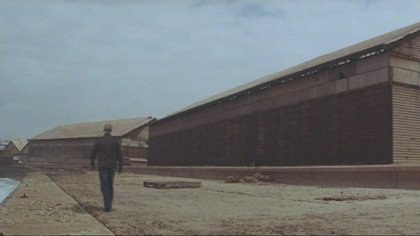 All of the ideas raised so far are revealed without a single word in Port of Memory, a beautiful visual poem on the cruelty of what John Berger calls the ‘undefeated despair’ of the inhabitants of Yafa, and probably of all Palestinians living in Israel. What it shows is essentially visual, something no written poem could even envision. I too will not commit the crime of trying to write about the film; this is a work that can only be seen, not talked about; all that can be said is that it brings cinema to a place beyond the question of fiction, documentary and video art. Not only that; it does so as if no camera were there, or there were a camera without a man – the invisibility here is of film itself.

This film also shows that the cinematic path Elia Suleiman has excavated over the last 20 years in his films (the latest of which, The Time that Remains, opens the festival) is now a road that others may take to excavate other paths. Port of Memory is a film for which to fly over a volcano, even.

The Palestine Film Festival runs at the Barbican and SOAS until 14 May.