Aspirations to documentary ‘objectivity’ may now be aesthetically discredited – but don’t they also miss a trick emotionally? Sophie Brown considers six recent exemplars of nonfiction outreach and tenderness that might be a model for the worlds of palliative care they explore.

Erick Stoll and Chase Whiteside’s América: ‘A grey area where care could be perceived as abusive’

In the 51 years since Frederick Wiseman’s Titicut Follies, attitudes surrounding mental health and care work have evolved, as have representations of care in nonfiction filmmaking. Wiseman’s groundbreaking film was deemed so extreme in its depiction of vulnerable subjects and abusive institutionalisation that it was banned for 24 years. The location, Bridgewater State Hospital, is a prison for the ‘criminally insane’ – even though not all of the inhabitants actually have a criminal record. The visions are haunting and disturbing. Naked men are disorientated, barked at and taunted by prison guards. Bodies are prodded, probed and vulnerable.

América and Island will be released in UK cinemas in autumn 2018. Her Name Is Sabine is available on DVD.

Titicut Follies and Hospital are widely regarded as critical pieces of cinéma vérité, or observational filmmaking, although Wiseman has voiced his dislike for the term for its implication that filmmaking is passive. He is present in his films, in the dramatic structure, narrative choices and representations, yet he has been praised for his ability to disappear, for his presence to be forgotten. This sense of significance awarded to invisibility and distance fails to value the importance of presence and connection, yet nonfiction films in recent years have shown a shift towards a more involved and tender approach – towards emotional engagement.

There is a sense of emotional disconnection between the camera and its subjects in Titicut Follies, which could arguably be interpreted as an act of allowing the perpetrators to dig their own grave. In Shehrezad Maher’s This Shaking Keeps Me Steady, which premiered at Visions du Réel earlier this year, Maher experiments with this dissonance in a more tonal, structural way. Filmed in Karachi, Pakistan, the film navigates the trauma experienced by paramedics through memories and spectacle; murders and accidents are reconstructed for popular TV shows, while ambulance workers sit with the full horror of the experience. One recalls struggling through a treacherous debris-strewn river barefoot to retrieve corpses, another the rescue of a suicidal woman and her baby. This experimental approach explores the void between the pressure and emotional weight on the ambulance team and its dilution into entertainment. 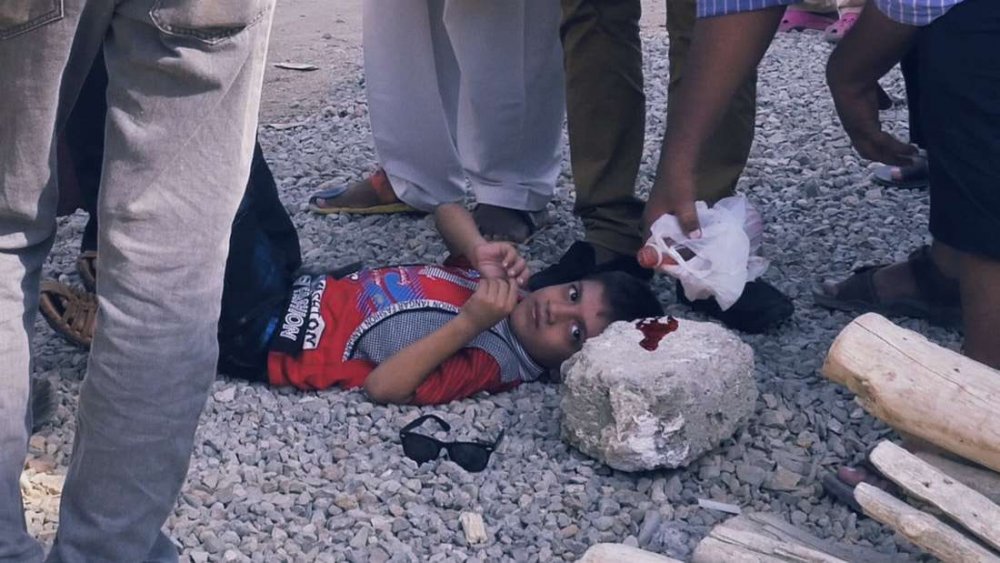 Disregarding the conventional structures of detachment, revealing the filmmaker’s presence and expressing the returning gaze and relationship is a significant move in agency and compassion. Steven Eastwood’s Island, which premiered at last year’s BFI London Film Festival, takes the viewer into the world of hospice care for patients with terminal illnesses. It is a rare window into a part of life that people generally don’t want to acknowledge, or see, and is a frank insight into the experience of death, in both its tragedy and banality. Having developed such close and intimate relationships with his subjects, Eastwood has spoken about how the film made him aware of the similarities between carer and filmmaker – a transient figure who gains a unique insight into a person’s life for a limited period.

Alice Diop’s most recent feature film, On Call (La Permanence), observes consultations of asylum-seekers in a walk-in centre in Bobigny – one of very few such services open to refugees – and features a powerful moment when she crosses the line from filmmaker to carer.

Diop follows the doctor and psychologist as they meet a steady stream of patients suffering from poor physical and mental health and shows the frustrating bureaucracy that stands in the way of care. The camera stays in the room, static. It peers out of the door as patients-to-be crowd at the door, hoping for an appointment. It watches over the patients’ shoulders, and over the doctor’s shoulder, from fixed positions in the claustrophobic space, capturing a sense of stillness and immovability that echoes the bureaucratic hurdles blocking these people’s access to care and security.

Her lens regards their expressions – exhausted, anxious, hopeful and in pain – sometimes catching their eye. We see faces that have travelled for miles, some waiting all day, some returning day after day for the chance to be seen. Diop captures the doctor’s gentle gestures of reassurance as one man is so distressed explaining his situation he becomes breathless.

And in a formidable sequence, a distressed patient expresses the trauma she is holding inside, in big, heavy howls of pain. Encouraged by the psychologist, Diop steps out from behind the camera and puts her hand on the woman’s shoulder. The unexpected intervention is an arresting act of tenderness, a dynamic move that communicates the importance of compassionate connection and emotional engagement.

The trailer for Alice Diop’s On Call (La Permanence)

Winning over audiences at its premieres at True/False Film Fest, CPH:DOX and Sheffield Doc/Fest was Erick Stoll and Chase Whiteside’s América, a film about three brothers, Diego, Rodrigo and Bruno, caring for their 93-year-old grandmother, América. What initially seems to be a narrative about Diego entertaining local kids and tourists in various roles on Puerto Vallarta beach suddenly shifts when his dad is charged with neglecting América. She moves in with Rodrigo and the two brothers follow to provide care with moving affection and dedication. The film is a portrait of América and the brothers’ relationship to her, with remarkable emotional depth and sensitivity.

A tender sequence shows América being woken up by her grandson Diego. Her gaze lands on the camera. “What are they doing?” she asks, and is amused by Diego’s playful response that they’re being recorded because she’s a star. Her awareness of the camera at once captures her fragile grasp of the present, but also her sense of security and trust in the people around her. Stoll and Whiteside had originally been making a film about international tourism in Mexico when they met Diego and dramatically changed the focus of the film. After meeting the family and seeing Diego’s relationship with América, Stoll lived with them on and off for a year. With América’s advanced dementia, consent was an ongoing renewal. It is rare to see such a vibrant, kind and positive portrait of a woman in her circumstances, and young men caring with such affectionate ease.

Edmond Carrère’s À l’infini, which premiered at Visions du Réel this year, expresses the importance of touch and connection. In the Maud Mannoni care home for neuro-diverse adults, Carrère gets tight on his subjects, with extreme close ups creating a visceral experience, exploring both the focus of the patients’ attention and the tactile support maintained throughout the interactions between the carers and the residents: hands holding hands, stroking hands, hugs and singing. Carrère shows their tenderness and patience alongside the hard work and follows the carers discussing how to change their approach with residents depending on the way they are expressing their individual needs.

Watching practitioners consider and respect different ways of communicating experiences in a continual, adaptive process feels refreshingly progressive – and a far cry from the care system explored ten years ago in Sandrine Bonnaire’s 2007 film about her sister, Her Name Is Sabine.

Bonnaire’s work is a radically personal observation of the damage that institutionalisation can do. More recently diagnosed as psycho-infantile and autistic, her sister Sabine grew up in a society with limited understanding of neurodiversity. Through old home-movie footage and recordings at Sandrine’s care home, Bonnaire shifts between Sandrine’s past and present. She reveals the shocking transition from a happy, active young woman who knitted sweaters for the family, studied English and Geography at home and learnt the piano to a woman dramatically altered by years of heavy neuroleptics, and traumatised by straitjackets and isolation. As well as exploring how the system failed Sabine, Bonnaire explores her own struggles with her sister’s behaviour, and feelings of guilt for not being able to keep her out of the institution.

The trailer for Sandrine Bonnaire’s Her Name Is Sabine

The strain that full-time care puts on the family is also explored in América. The tension between the brothers reveals the struggle of balancing personal lives with full-time care, and the brothers’ different attitudes toward América’s state of mind. They work as a team but have huge clashes, with the pressures of money, taking custody of América, their father’s court case and the feelings of putting their own needs on hold. They debate the question of how conscious she is and their motivations for looking after her.

In these intense and improvisational circumstances there is a fascinating, uncomfortable insight into a grey area where care could be perceived as abusive. Bruno believes that with time he can teach her to walk unassisted, but his optimistic attitude towards her capabilities underestimates the reality of her situation. But, for all of their errors, they are trying to make it work in the face of a system that shows lack of understanding for the complexity of home-care, and the positive impact of their efforts on América’s wellbeing.

“I was told about peoples, and humanity. But I saw neither people nor humanity. I saw many people, all very different. Separated from each other by a void.” The opening quote in La Permanence expresses the damage of disconnection and dispassionate processes that dehumanise. Real human connection, physical and emotional, is vital, and perhaps a more tender and empathetic approach in filmmaking is a step towards working towards alternative, better ways of caring and existing.

The trailer for América

Related to Better caring through documentary?