The 25th edition of the Sheffield International Documentary Festival was something of a feast of new nonfiction. We invited five of our contributors in attendance to tip us to their top finds. 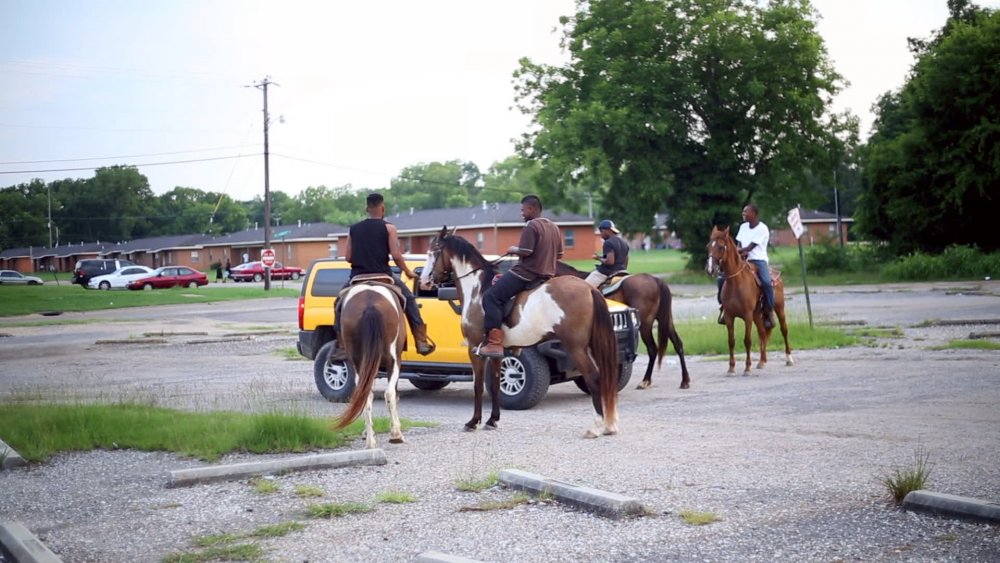 Hale County This Morning, This Evening: ‘Something expressly lyrical out of mundanity’

Two films on the same general theme – place and, specifically, the black people who dwell there – emerged among some of the most memorable films this year’s Sheffield Doc/Fest had to offer.

In the quietly resonant Hale County This Morning, This Evening, writer and photographer RaMell Ross captures black Southerners about the business of living in an exquisite triumph of documentary cinema: the intimacy Ross fostered with his subjects translates on screen as audiences find themselves privy to the interior lives of Hale County, Alabama’s residents, so unaffected before the camera that you might as well be in the room beside them. The film follows teenagers Daniel Collins – a student at Selma University – and Quincy Bryant, a young father whose partner will soon have twins. There is no arc as such, but Ross weaves something vividly lyrical out of mundanity: a toddler runs breathlessly back and forth; a group of silhouetted girls croon Etta James’s I’d Rather Go Blind. A wistful ode to the everyday human condition, but also to the South and the souls born of it, Hale County is undoubtedly one of the most immersive experiences to be had at the cinema this year. 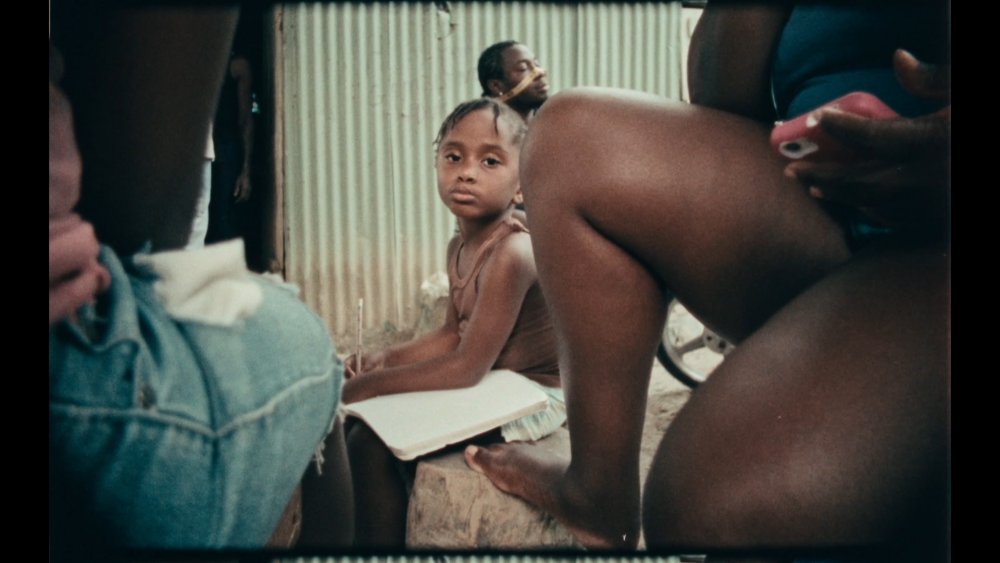 Khalik Allah’s equally stunning Black Mother rhapsodises Jamaican identity, but with less nuance. Divided into the three trimesters of pregnancy, Black Mother – another film that intertwines the literary with the visual – wades through a sea of welcoming black faces, many of them women, and replaces musical score with oral testimony from a variety of voices that recount the history of Jamaica and lay bare personal philosophies. Unfortunately, all these fascinating stylistic efforts are hindered by an ultimately conservative view of black femininity, trapped in an age-old paradigm that prioritises their relationship with men and unchallenged spiritual language, even further problematised by the exclusion of queer and transgender women.

Two films have been firmly lodged in my mind since I saw them on consecutive days: Nathaniel Dorsky’s Arboretum Cycle and Scott Barley’s Sleep Has Her House. They’re probably the two most abstract films I saw at the festival: both eschew any kind of narrative in favour of a visual exploration of light and darkness on the natural world. In Dorsky’s case, this comes in the form of seven 16mm shorts portraying the seasonal changes in a garden. Framing the plants and trees so as to deny the image of their full form, attention is drawn to the way shapes morph as exposure and focus are continually adjusted.

Sleep Has Her House trailer

Wider panoramas were the canvas for Barley’s dark vision, compositing various vistas to create a brooding landscape in half-light as a storm slowly builds in the distance. Crepuscular light and the electrical flicker of the storm give shape to give shape to a world of forests and waterfalls otherwise consumed by night.

The Doc/Visions strand offered a number of other memorable experiences. Allah’s Black Mother and Ross’s Hale County This Morning, This Evening were both beautiful tapestries of associative editing that coalesce to form poetic and provocative portraits – of Jamaica and Hale County, Alabama, respectively.

Obscuro Barocco and Turtle Rock also concerned themselves with place in entirely different ways – the former presenting Rio de Janeiro as a city of transformation, entwined with transgender identity, the latter a painstaking and meditative observation of a remote Chinese village.

Back on the more experimental end of the spectrum, Dominic Gagnon’s 100mph YouTube mash-up Going South hurtles through myriad clips to explore the post-truth digital landscape. More visually sedate but no less conceptually radical was a repertory screening of Peter Watkins incredible 2000 historical re-enactment La Commune (Paris 1871), which skewers new media in a political febrile environment and, with its four-hour running time and a 10pm start, proved a sensory and psychological journey as enveloping as Dorsky’s and Barley’s.

Three features stood out for me:

América is an astonishingly tender, intense observational film about three brothers caring for their 93-year-old grandmother of the title. What initially seems to be a narrative about one of the brothers just passing the time by the beach suddenly shifts when his dad is charged with neglecting América, and in the intensely improvised circumstances that follow there is fascinating, uncomfortable insight into a grey area in which care could be perceived as abuse. With beautiful cinematography and a gentle pace, Erick Stoll and Chase Whiteside’s film also explores the remarkable dedication of these young men to their grandmother, and their perceptions of life’s priorities.

Sandi Tan’s Shirkers energetically bounds through a wild ride of her film-geek teens in Singapore, with a shady weirdo in the mix who disappeared with 70 film cans of the feature film they made together. Reunited with the footage decades later, Tan revisits her friendships with disarmingly frank self-reflection. Shirkers plays out like a mystery, an urban myth and a cinephile’s dream.

And Black Mother is a love letter to Khalik Allah’s maternal family and their Jamaican home, and reveals a radical new voice in filmmaking. Through a tapestry of voices that roll into one another, un-synced with the visuals his subjects, he weaves through layers of his relationship to Jamaica, from external perceptions, to the deeply personal heart of the film.

Several of the short films are also worth singling out:

Like everyone else at this year’s much-hyped ‘25th anniversary Doc/Fest’ (technically the 24th anniversary and the 25th edition, but who’s counting?), I spent too much time gazing at the rare sight of the Yorkshire sun to get much actual film-watching done – but I loved what I saw and what I saw was Shakedown, Leilah Weinraub’s nocturnal portrait of Los Angeles’ black lesbian strip-club scene in the early days of the 21st century. 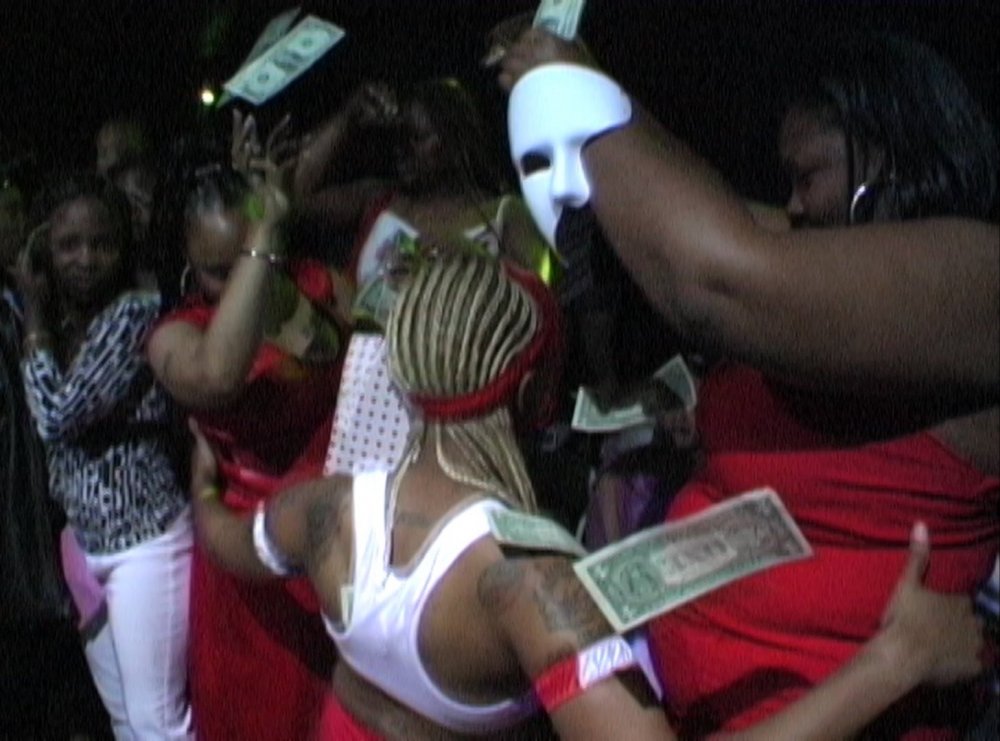 The film opens with a roll call, not only of its principal and secondary characters, but also of the scenes which constitute its brief runtime – variously identified online as either 64, 72 or 82 minutes (I’d challenge anyone who’s seen the film to either know or care which is correct). Narrative obligations thusly dispensed with, Weinraub is single-minded in her pursuit of a sense of place and time, namely the twice-weekly club night Shakedown, which built a devoted underground following as gentrification rocked LA in the years before the financial crash.

Through the grainy, steadfast lens of Weinraub’s camera (a constant presence in the club for six continuous years) and a deft, dizzy score by Tim DeWit, we find ourselves at the provocative intersection of community, eroticism and work. These sometimes uneasy bedfellows find their visual manifestation in the film’s most dazzling aesthetic coup: the repurposing of pixelated DIY club flyers as dazzling cinematic spectacles – proud, arousing and ephemeral all at once.

Having already seen a fair bit of Doc/Fest’s most high-profile UK premieres ahead of the festival – Minding the Gap, Hale County This Morning, This Evening, Amèrica, Kinshasa Makambo, etc – whilst there I found myself in the fringes. 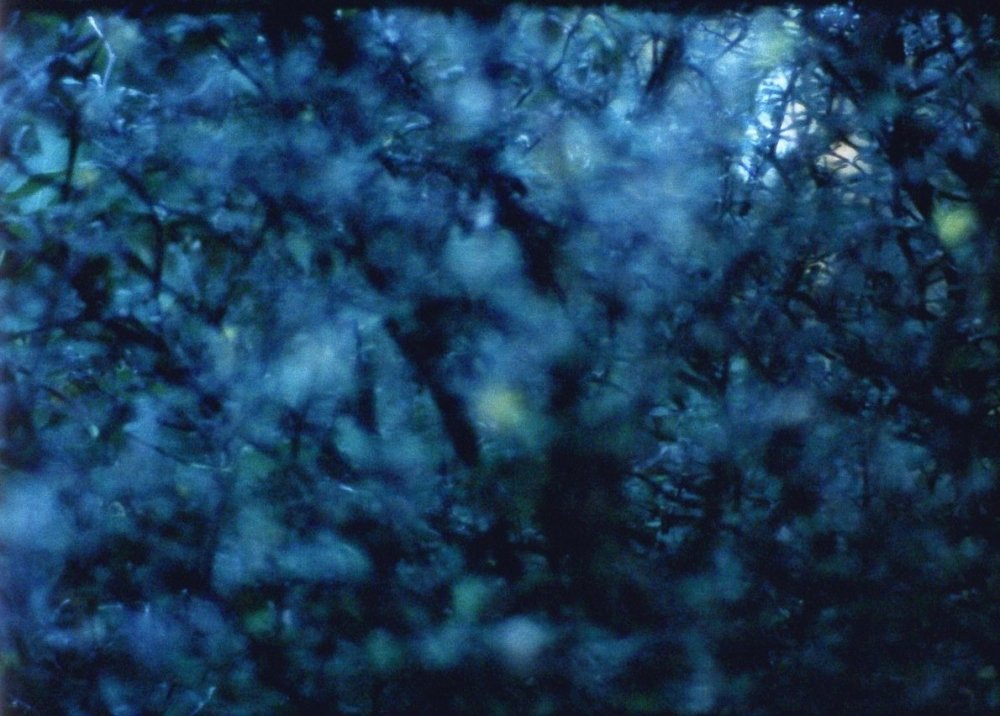 The most compelling reason for me, and a number of other pilgrims I spotted in the auditorium, to visit Sheffield this year was to see Dorsky’s Arboretum Cycle, a seven short film series filmed entirely in the Strybing Arboretum in San Francisco’s Golden Gate Park, which unspooled for the first and maybe also the last time in a UK cinema setting from an ever-whirring 16mm projector inside the auditorium. Like the other two great screenings I went to (Barley’s Sleep Has Her House and a small programme of films by Margaret Tait), this experience was landscape-focused, in as much that the film contained no people, just many wonders of the earth. Dorsky said in a brief post-screening Skype Q&A that those who looked attentively enough might see “creatures” or “hallucinations”, and though I saw a few bees and a snake or two, mostly it was just the natural (or grown) landscape that was presented to me.

In Barley’s feature, too, the landscape unfolds before the viewer, a host of majestic waterfalls, small rippling brooks, vast arrays of trees, hills and mountains, and indeed a few creatures or hallucinations too. And unfold it does. On the biggest screen in Sheffield, it was an absolute blast, full of titanic images and booming sound. It seems that landscape can be gentle or it can be violent, a source of terror and of awe.

In Margaret Tait’s films, the landscape was made more minor again, a source of peace and poetry. The title of the first film, Colour Poems, fits them all. Everything was soft and lovely and wonderful and pure. Maybe there is something a little odd about heading indoors in order to gaze at the great outdoors, especially when so much of the actual good stuff is available in the area surrounding the festival, but to do so is a pleasure nonetheless. Amongst the hustle and bustle of a festival, with all the drinking and the grandstanding, as well as the constant requirement to gaze critically and probe analytically, to see what is supposed to be seen and read it right, falling into nature seemed perfectly fine to me.

Listen to our podcast: