From John Berger’s friends in Quincy to Mark Duggan’s friends in London, and an unregistered hip hop wannabe in Iran to a crusading animal-rights lawyer in America, many of this year’s Doc/Fest characters and filmmakers seemed more or less hand in glove, for better or worse.

☞ See also Screen or scream? Fight or flight? Penny Woolcock and Ross McElwee on the perils of festivals 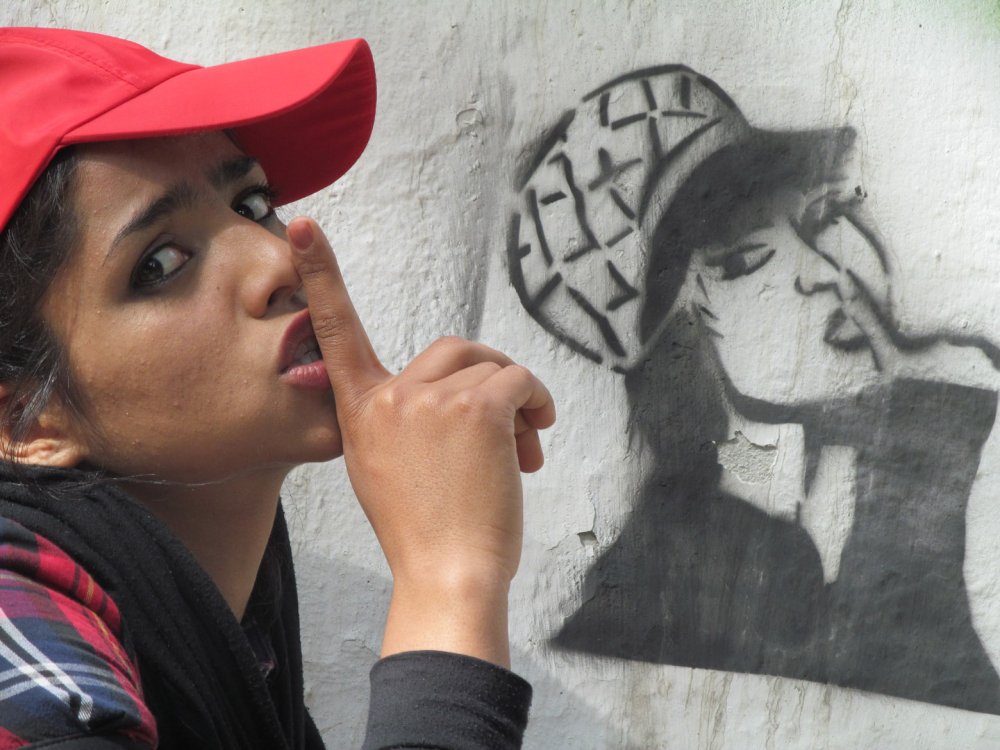 Its placement as the UK’s premiere documentary festival presents Sheffield Doc/Fest with a difficult balancing act. The pull of rising audience numbers and scores of impassioned industry delegates mean that there are countless tastes to cater for, with a wealth of pitching sessions, panel discussions, networking events and interactive exhibits vying for attention alongside a wide-ranging film programme.

In the past, the festival has come in for criticism for its tendency to cater for more conservative tastes with its film selections, offering traditional, subject-driven fare at the expense of more the expansive and innovative avant-garde. The veracity of those claims aside, the festival’s 2016 edition certainly managed to offer something for everyone while also engaging, through the titles selected, in a continuing dialogue surrounding the role and responsibility of the documentarian.

This seems only fitting for a festival that closed this June’s instalment with The Seasons in Quincy: Four Portraits of John Berger. Berger’s seminal work Ways of Seeing speaks forcefully about the presence of the artist in the images they create and about interrogating context – advice more pertinent than ever in a world awash with oft unchallenged nonfiction media. The Seasons of Quincy is a feature woven of four shorts by different directors and while it’s affectionate and reverential, it is a personal portrait that doesn’t articulate his ideas with any particular potency, relying more on Berger’s own abundant charisma. 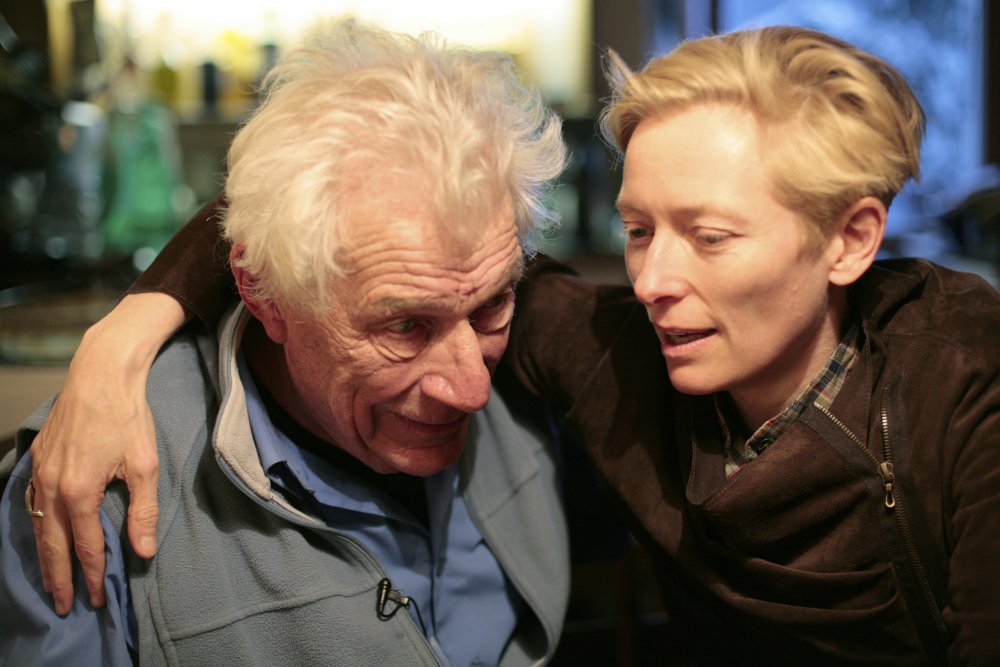 The Seasons in Quincy: Four Portraits of John Berger (2016)

A similarly strong personality reigned supreme at the festival’s opening. Michael Moore’s Where to Invade Next. is a far more optimistic endeavour than his previous few features, taking in the most progressive elements of various countries, largely across Europe. It was actually as an audience member that he felt compelled to re-examine his own conduct as a filmmaker, though.

One of the many benefits of Doc/Fest is the opportunity that filmmakers have to enjoy and discuss each other’s work. Moore attended a screening of Kirsten Johnson’s Grand Jury Prize-winning Cameraperson and felt compelled to share its effect on him during the subsequent Q&A.

Johnson’s film is a essayistic memoir compiled from what are effectively outtakes from over two decades of documentaries for which she has operated the camera. One of these moments is from Moore’s Fahrenheit 9/11 and reveals the filmmaker offering future legal help to a soldier who may face charges for speaking truthfully and adamantly on camera. Moore told the audience that he was taken aback at seeing himself “crossing a line” in offering support like that and Johnson’s film undoubtedly sought to engage specifically with such questions. Of the various connective strands between the multitude of films, this particular discourse stood out and was manifested in a number of different ways. 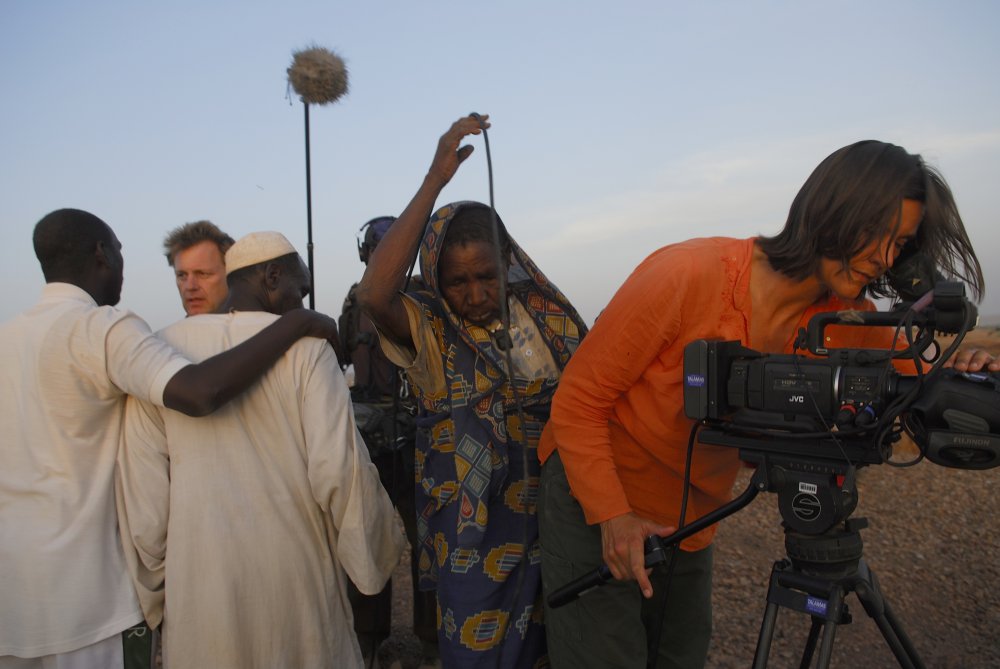 In Cameraperson, there is a scene in which Johnson watches as two infants play innocently with an axe, she is torn between her position of observation and an inherent obligation to intervene – she does not, and although nothing bad came of the situation, she is haunted by that decision.

In Rokhsareh Ghaem Maghami’s Sonita, which won Sheffield’s Youth Jury Award (not to mention both the Grand Jury Prize and the Audience Award for World Cinema – Documentary earlier at Sundance), the director finds herself in a similar situation. Sonita is a teenage Afghan immigrant living unregistered in Iran with dreams of becoming a hip-hop star. She admirably uses her songs to rail against patriarchy and misogyny.

When she is suddenly informed by her mother that she must be sold into marriage back in Afghanistan so that the family can afford for her brother’s marriage, Ghaem Maghami intercedes. First she pays off the mother to delay the wedding, then she facilitates Sonita’s way out of the situation. It makes for crowd-pleasing documentary cinema, but for many audience members this relationship becomes the fascinating element at the centre of proceedings. Regrettably, the filmmaker herself declines to reflect on the ethical implications of her actions, preferring to maintain the film’s previous triumphant narrative of a young woman forging her own path.

In photographer Maya Goded’s Plaza de la Soledad, there was a comparable desire to honour the relationship that the director had with her subjects. In this case, they are a number of ageing prostitutes in a particular area of Mexico City. Goded photographed these women for years before she shifted to moving images and spoke about the trust and affection that allowed her to craft a work of incredible warmth and intimacy. 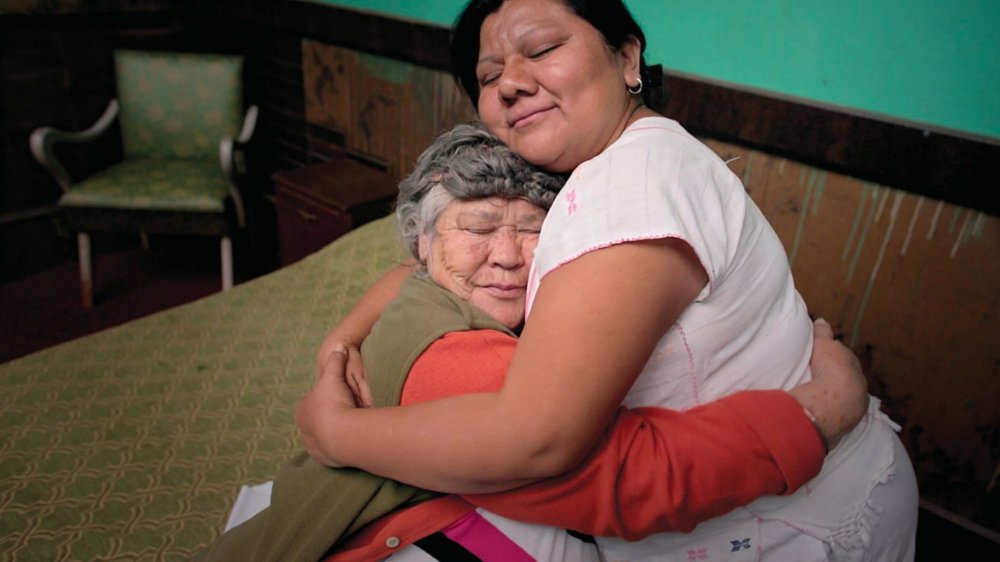 What the film perhaps lacks is an air of objectivity and some wider context. While the camera acts as an unexpectedly privileged confessional in some instances, Goded specifically felt bound not to probe too deeply and uncomfortably if information was not offered freely. The responsibility to her subjects was to respect their privacy and collaboration, not to lay bare the full reality of their situations.

Tatiana Huezo’s Tempestad also highlights the solidarity between, and plight of, women in modern Mexico, accompanying heart-wrenching audio testimony with captivating images that paint a broken country precariously verging on dystopia. For Huezo, the telling of these stories – particularly the most prominent tale of a friend of the director who was imprisoned and abused – was her duty as a filmmaker and she was driven by the desire to wave a flag and raise awareness. A similar motivation drove Chris Hegedus and D.A. Pennebaker to make Unlocking the Cage, and George Amponsah to make The Hard Stop. 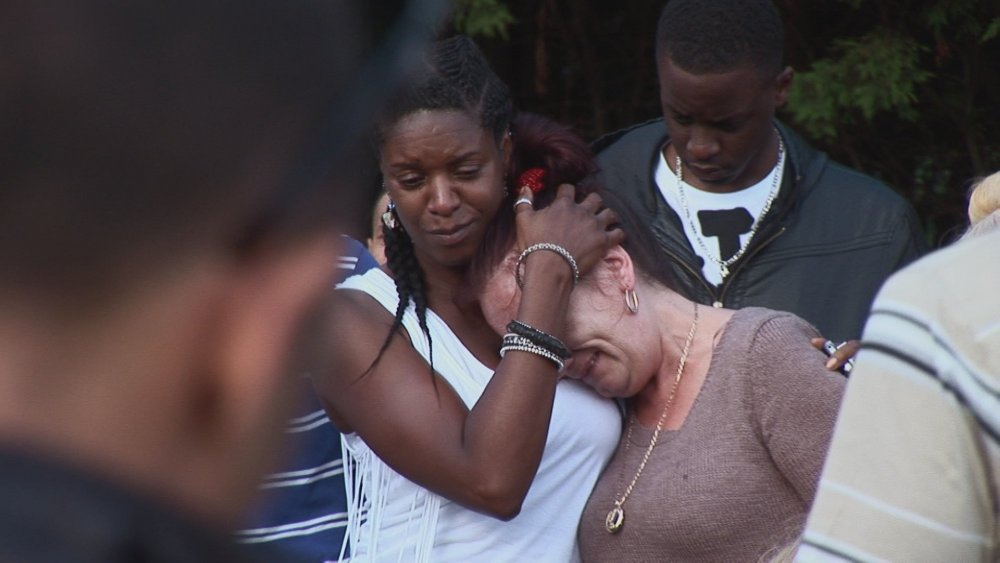 Both of these are issue-based films that must strike a fine balance between being led by their cause and by their characters. On the one hand, Amponsah follows two close friends of Mark Duggan – the Tottenham resident whose death sparked the 2011 London riots – and frames their diverging fortunes as representative of their oft-overlooked communities. On the other hand, the legendary team of Hegedus and Pennebaker use their customary observational style to follow lawyer Steven Wise in his tireless efforts to change American law regarding the treatment of psychologically advanced animals such as elephants, great apes and cetaceans.

For Amponsah, form suits function as he drip-feeds background information while maintaining a watchful eye on the personal stories that scream to his wider political points without too much help. For the direct-cinema veterans, however, their style seems ill-suited to their subject, never exposing Wise and his crusade to the high scrutiny it needs, leaving Unlocking the Cage emotive, but unconvincing for the unconverted. 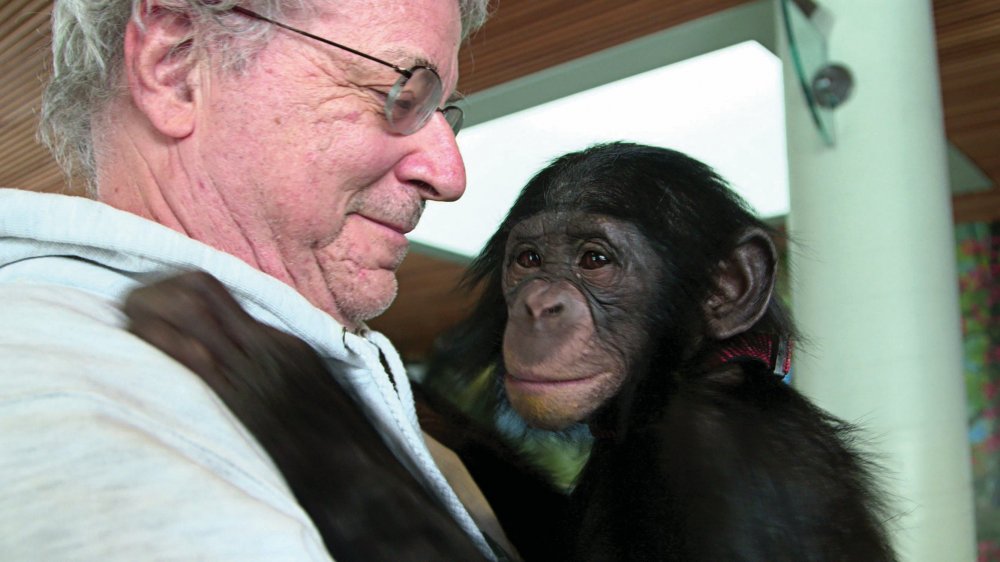 Another film which clearly didn’t convince some audience members was the divisive, but bold, Fraud. Some viewers from the film’s screenings at previous festivals have vehemently criticised it, calling it a hoax, but its enigmatic quality also makes it all the more alluring. According to director Dean Fleischer-Camp, he came across a wealth of self-documentation by a family on YouTube several years ago and has now constructed a fictional narrative using the footage. It spins a narrative about a nuclear family consumed by consumption, determined to live the American Dream no matter what the cost.

The experience of watching it is exhilarating: the edit is furious, re-purposing split-seconds of probably mundane material to construct something approaching a crime thriller while implicitly warning against the dangers of social-media oversharing. Decrying the film as a non-documentary is missing the central point of its critique, though. What Fleischer-Camp is most interested in is the vast responsibility and power afforded the director and editor in the context of documentary. They are the ones that ultimately shape the reality that we see on screen and it is imperative that its veracity is always questioned. 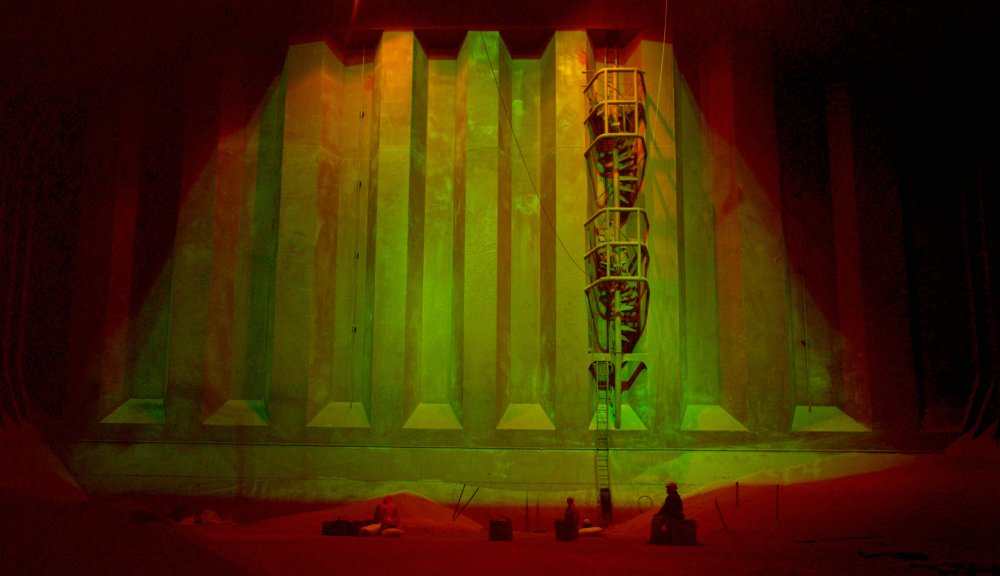 At the other end of the spectrum from the hyperactive rollercoaster of Fraud was Dead Slow Ahead, a film a of glacial beauty and overwhelming atmosphere. The directorial debut of cinematographer Mauro Herce, it is a goliath of aesthetic and sensory filmmaking, transforming the voyage of the enormous shipping freighter, Fair Lady, into a terrifying existential horror documentary. It’s like an equally enveloping, less visceral cousin to Lucien Castaing-Taylor and Véréna Paravel’s Leviathan, and one that largely ignores the vessel’s human inhabitants over the creak, groans and strains of an industrial behemoth.

Behemoth is also the title of Zhao Liang’s film about the devastation of the Mongolian steppe, one of several films programmed that prioritised visual splendour for different reasons. Zud, by Marta Minorowicz, and with greater success Pieter-Jan De Pue’s The Land of the Enlightened, used cinematography to emphasise the fictional narrative elements of their hybrid creations. Zud is a more ethnographic tale of the Mongolian steppe, a conventional docudrama about a paternal relationship, horse-rearing and racing. 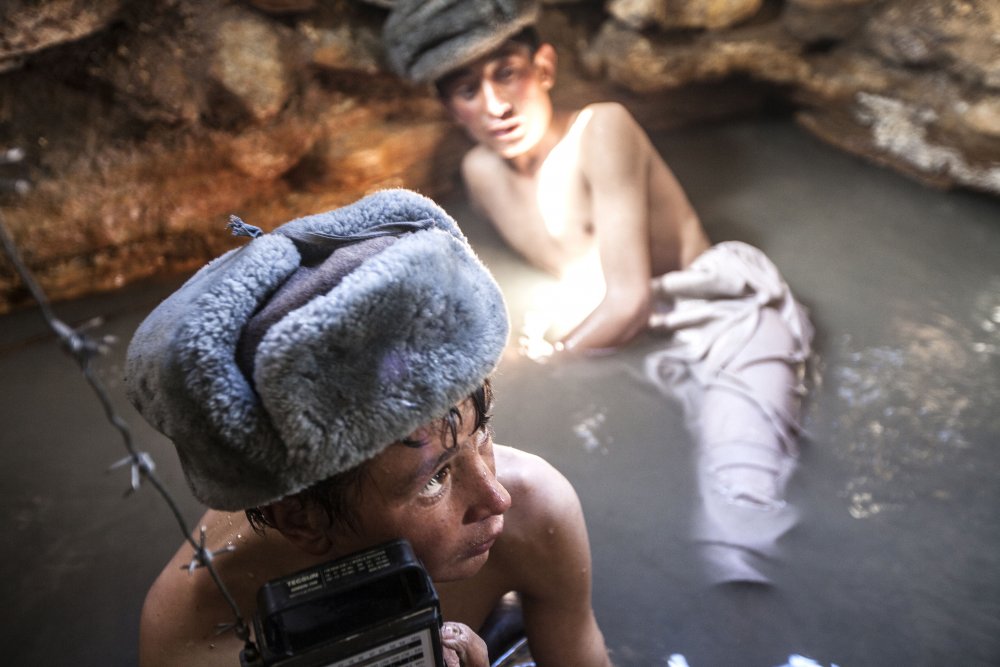 The Land of the Enlightened seamlessly incorporates fiction to engage with the often indiscernible blurring of history and mythology of an Afghanistan perpetually engulfed by war. A reminder that reality is always being presented through some frame of reference, whether that is a documentarian’s camera or not – there are few more important places for this kind of message to be communicated. 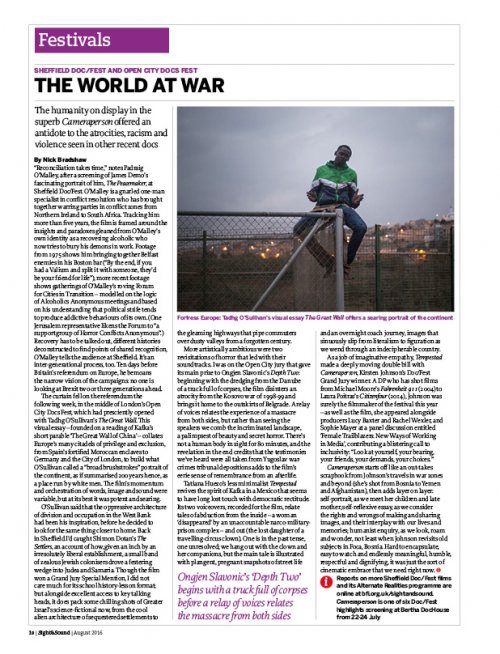 In the forthcoming August 2016 issue of Sight & Sound

The humanity on display in the superb Cameraperson offered an antidote to the atrocities, racism and violence seen in other recent docs. By Nick Bradshaw. 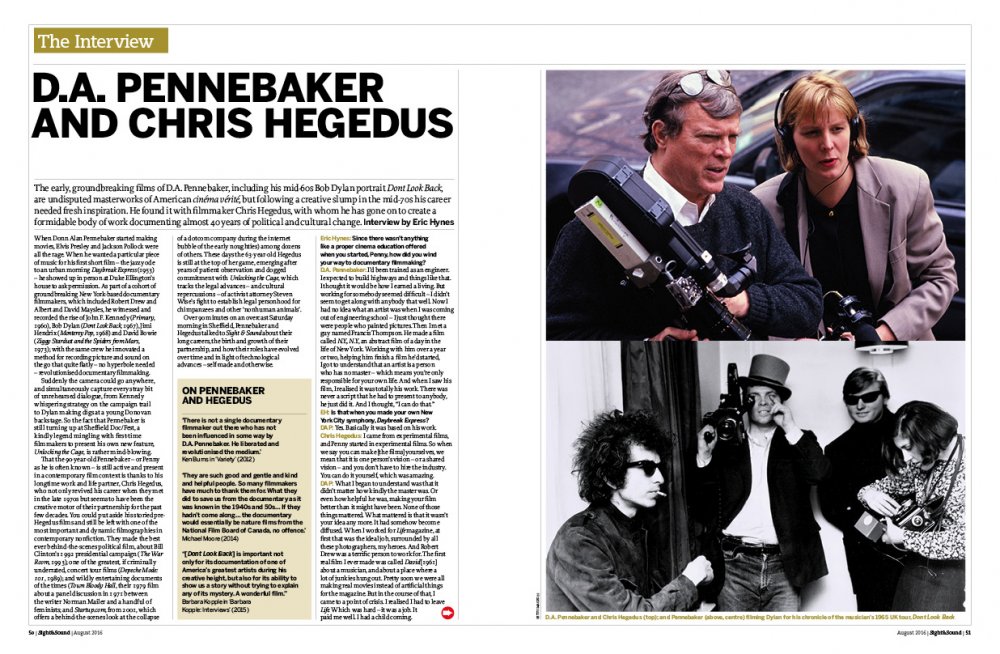 The early, groundbreaking films of D.A. Pennebaker, including his mid-60s Bob Dylan portrait Dont Look Back, are undisputed masterworks of American cinéma vérité, but following a creative slump in the mid-70s his career needed fresh inspiration. He found it with filmmaker Chris Hegedus, with whom he has gone on to create a formidable body of work documenting almost 40 years of political and cultural change. Interview by Eric Hynes.