Leviathan review: a wet and wild documentary like nothing you’ve seen (or felt) 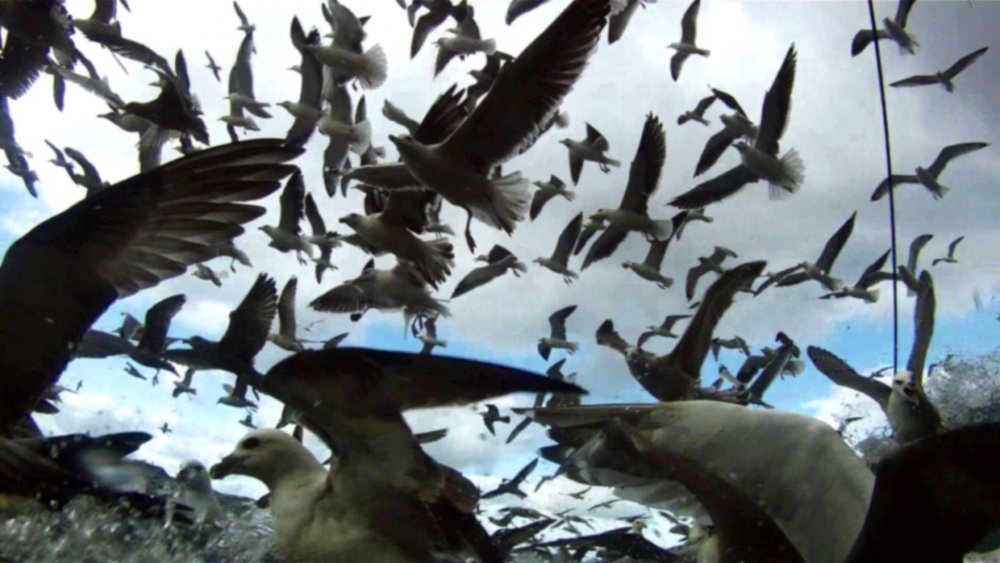 The phrase ‘unchained camera’ was coined in the 1920s, in reference to certain new films emerging from Germany. These were films that exhibited a heretofore unimaginable freedom and range of motion – films like F.W. Murnau’s The Last Laugh or E.A. Dupont’s Variety, whose breakneck, acrobatic, gravity-defiant camerawork suggested there was no limit to what this young medium might suddenly do, or how it might do it.

The film begins in medias res, on the deck of a fishing trawler that’s ploughing through a dark, unnamed ocean at the first light of dawn. Clad in primary-coloured rubbers, the crew are heaving away, hauling in a load. Who are these men? How long have they been out at sea? What exactly are they doing and how exactly are they going about it?

It’s the first phrase that popped into my mind while watching Leviathan, co-directed by Lucien Castaing-Taylor and Véréna Paravel. Now, Leviathan happens to be a documentary, and that’s still a dirty word to certain aesthetes, but this is the polar opposite of the dry information-dump: wave-lashed from beginning to end, the lens often bejewelled with beads of seawater, Leviathan isn’t ‘dry’ in any sense of the word.

Their voices, when they can be heard over the rattling chains, creaking winches and crashing surf, speak in American accents. There is no explanatory narration, and the only music is diegetic, snatches of heavy metal whose double-bass roll seems the most appropriate soundtrack to the grim mission at hand. The closing credits will finally state that we’ve been off the coast of New Bedford, Massachusetts – site of the Whaleman’s Chapel in Melville’s Moby-Dick. As for the rest, we’re left to find out for ourselves, to get our own sea legs.

We become rather familiar with the crewmen’s tattoos but learn very little of their personalities, which are subsumed in the intensive work at hand. There is a moment of terse commiseration in which one crewman lights two cigarettes at the same time, handing one to his workmate. The most ‘intimate’, human scene comes towards the end of the film, when a beefy middle-aged fellow, exhausted by what is presented here as a life of incessant labour, is seen very gradually nodding off in the below-deck kitchen.

It’s one of only a handful of static, fixed compositions in Leviathan. In the opening shot, the POV is aligned to that of one of the crewmen, in constant, scrambling motion. Rather than separating the tasks that comprise life aboard a trawler into their component parts, gradually initiating the viewer, Leviathan chooses an immersive – or rather submersive – approach. It’s as though we’ve been handed a slicker and a pair of waders, thrust out on to the rocking and rolling deck and told to get to work ourselves.

As depicted in Castaing-Taylor and Paravel’s film, this voyage is no mere commercial fishing trip; it’s a raiding party, engaged in a wholesale ransacking of the sea, hewing a path of destruction along the way. In one particularly potent image we see gouts of blood being disgorged into the water from the ship’s scuppers. This is a war machine! A floating abattoir! Fish are gutted and cleaned; oily viscera and lopped fish heads slop and slide across the deck with the sway of the vessel. These leftover bits are unceremoniously tossed back to the sea, so that the gulls following in the ship’s wake may feast on them. 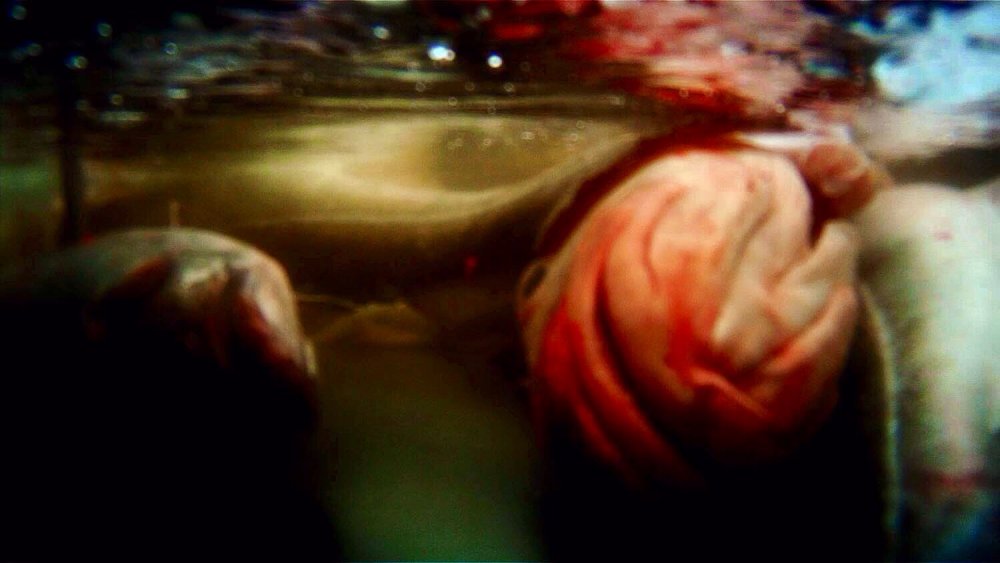 The hulking crewmen, knives flickering as they fillet fish and shuck scallops, present a striking combination of brawn and dexterity. The same might be said of Leviathan, which is at once bruisingly physically and seemingly weightless. This weightlessness is attributable to Castaing-Taylor and Paravel’s use of the GoPro camera, a rough-and-ready waterproof model which first gained popularity with surfers and extreme sportsmen for its lightweight durability.

At times, the GoPro is used to penetrate and probe, elevating the smallest of incidences into something mythic: we climb the inked-up forearms of one of the crewmen to study a ruddy face seamed with grit. By following a seemingly flightless seabird across the deck, and by staying with its unsuccessful attempts to scramble over a wooden slat, the filmmakers create an absorbing, self-contained drama of futility.

Elsewhere, the imagery is simply, bluntly majestic. Attaching the GoPro to a long pole, Castaing-Taylor and Paravel allowed the camera free range of motion on all sides of the ship, to skiff back and forth between water and sky, both teeming with life. Those black flocks with their clapping wings! My God, it’s full of starfish! In one moment, we emerge suddenly from the brine and find ourselves face to face with the driving prow of the trawler. As the prow leaps above the waves, you hold your breath waiting for it to drop, and the pwwwsshhh impact registers right in your solar plexus.

Despite Leviathan’s catalogued images of man behaving with matter-of-fact brutality towards nature, this is no environmental tract. Since 2006, Castaing-Taylor – best known for co-directing 2009’s Sweetgrass, which wandered the Montana mountains in the thick of a sheep herd – has been conducting a ‘Sensory Ethnography Lab’ at Harvard’s Film Study Center, an undertaking whose name succinctly summarises its aims. The idea is not to show you a way of life, but to show you how that way of life might feel.

While the voyages documented in Leviathan don’t fundamentally differ from those that have been taken for hundreds of years from New Bedford, one imagines that even the crewmen themselves wouldn’t recognise their livelihood as Castaing-Taylor and Paravel have rendered it. If Leviathan is suspect ethnography, though, it’s staggering cinema – proof that there are more things in heaven and below the sea that you can imagine, that there are new images waiting to be discovered.

Related to Leviathan review: a wet and wild documentary like nothing you’ve seen (or felt)