Your world inside out: ¡Vivan las Antípodas! and Kossakovsky’s Ten Rules

Victor Kossakovsky, documentary visionary, through his words and eyes.

Victor Kossakovsky is an underseen nonfiction master. His films, including his monumental second film The Belovs are expressive, rigorous, playful and sensual in a way that few documentaries are.

After a string of festival appearances in the last few years (including a series of masterclasses at IDFA and receiving the True Vision Award at the 2012 True/False Film Festival) the Russian’s films are starting to get the attention they deserve. With the release of his spellbinding ¡Vivan las Antípodas!, Kossakovsky has ascended to his proper place in the gallery of world directors to watch.

¡Vivan las Antípodas! is a mysterious trick film: inventive, wildly playful and truly mesmerising. The movie is a portrait of four antipodes – places on Earth diametrically opposite one another – that plays out as magical realist ethnography.

Like a nonfiction Alfonso Cuarón, Kossakovsky uses ingenious technique to create cinematic poetry. To actualise the theme of the antipode, images are often upside down or sideways; reflections in lakes can be of cities thousands of miles away.

The rare land-to-land antipodes include rural Entre Rios, Argentina and urban Shanghai, peaceful Patagonia, Chile and mountainous Lake Baikal, Russia, volcanic Hawaii and the jungles of Botswana, rocky Miraflores, Spain and Castle Point, New Zealand, where a whale has washed up onto a beach. It’s a cosmic, lovely, sensual film, as consistently interested in blowing your mind as Godfrey Reggio’s over-celebrated works, but always rooted in the primary building block of nonfiction: acute observation of people and place.

Kossakovsky has a list of Ten Rules for Documentary Filmmaking that has become increasingly cited and shared among nonfiction filmmakers and enthusiasts. The list is less a ‘how to’ than a ‘why to’, concerned with the particular disposition of the documentarist mind, the ethics of the act of recording real people and the process of realising a film. I thought it would be fun to apply the tenets on the list to ¡Vivan las Antipodas! to see how Kossakovsky follows his own rules. In doing so, perhaps we can unravel some of the film’s mysteries. Without interviewing the director this is strictly speculation, of course, but let’s have a bit of fun with it anyway. 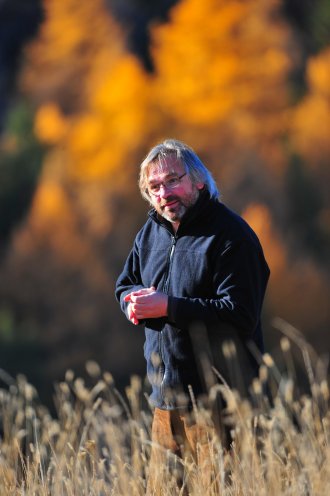 Don’t film if you ​can live without filming.

Why make a film like Vivan? The driving force seems not to be a personal connection with any of the particular places. The film was certainly not made to make some message-oriented, do-gooder statement about the way people across the world relate to one another, although there is an uplifting positivity that permeates every image.

The secret here can likely be found in Kossakovsky’s onscreen credit, “Director-Camera-Editor”. This is an act of absolute artistic expression. Each haunting landscape is personal in the way that painting is often self-portrait, no matter the subject on canvas. Kossakovsky had to make this film because he came up with the idea to make this film.

Don’t film if you want to say something – just say it or write it. Film only if you want to show something, or you want people to see something​. This concerns both the film as a whole and every single shot within the film.

This movie is about seeing. Early on the camera follows a car from a small bridge in Entre Rios, Argentina. As the car passes under the camera, the image turns upside down, which allows Kossakovsky to cut to a busy Shanghai highway (upside down, naturally). There is a delirious quality to the inverted image of cars and people bustling toward the camera, an almost surrealistic, zany sensuality on display. These are not images for synopses or descriptions or articles; this is an adventurous use of cinema in its purest form. Kossakovsky wants nothing more than for us to see the familiar, material world in a new way.

Don’t f​ilm, if you already knew your message before filming – just become a teacher. Don’t try to save the world. Don’t try to change the world. Better if your film will change you. Discover both the world and yourself whilst filming.

This is a film about planet Earth, but is acutely devoid of any big statements on globalisation, climate change, economic exploitation or any of the many other ‘subjects’ that most documentaries forefront. A dead whale appears on a beach, is magically re-imagined as a rock formation on the other side of the world, before being chain-sawed into sections. There is no message, merely cinema. Vivan is a mind-bending nature film that must be seen. It’s a testament to Kossakovky’s stature and hustle when the considerable list of funding sources appears in the credits. Most films without easy loglines or bankable issues never get made. 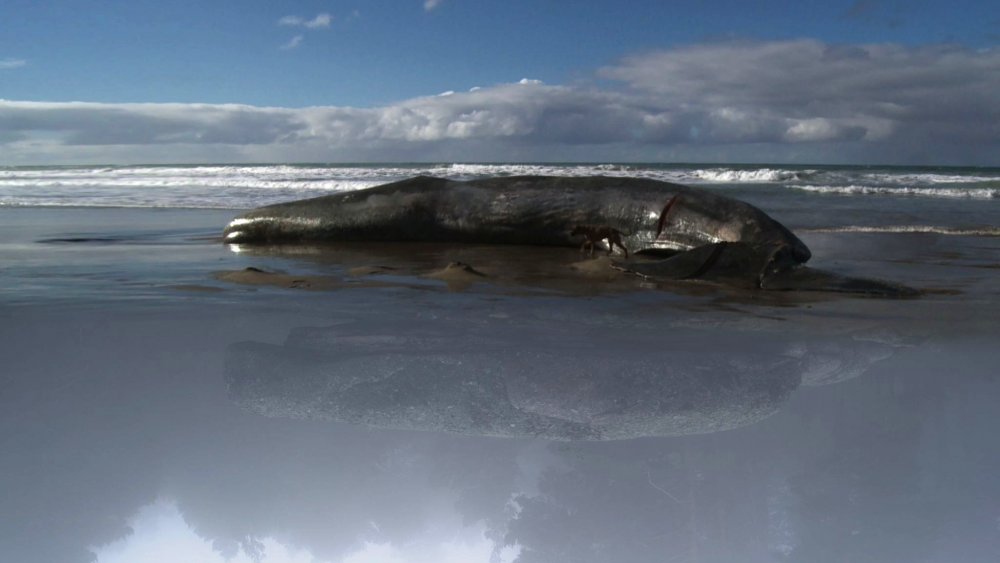 One imagines Kossakovsky as thrilled as a child when he realised he would actually be able to travel across the world to make his antipode film. If you’ve seen him speak, his boyish, mischievous smile is unmistakable. Every image here is infused with this playful, searching spirit. All great documentaries are about the search as much as they are about the subject. What a lovely thought it is to imagine the director standing in a field, unsure and exhilarated.

You need your brain both before and after filming, but don’t use your brain during filming. Just film using your instinct and intuition.

What I find most exciting about the Kossakovsky films I’ve seen is the way his instinctual camera dialectically relates to the forms he discovers in editing. The images are grounded in patient, quiet observation, even when they are fantastically whimsical or hauntingly staged. The pictures feel discovered even as they’re performed. But the use of music – which takes turns being fanciful, soaring or melancholic – and the elliptical editing make the film about ideas in a completely original way.

This rule is a twist on the old ‘god is the director’ idea of documentary filmmaking and I’m not sure how directly it applies here. Much of Vivan’s power comes from the subtle interaction between micro and macro realities, and there’s certainly a sense of performance in many of the moments. But Kossakovsky’s camera always prizes instinctual tensions, so every moment feels unpredictable and alive.

Shots are the basis of cinema. Remember that cinema was invented as one single shot – documentary, by the way – without any story. Or story was just inside that shot. Shots must first and foremost provide the viewers with new impressions that they never had before.

When narratives arise in Vivan they come strictly from facts on the ground that are recorded then transformed into uncanny poetry. A car can’t start, two figures walk across a misty lake, ants move sticks, a beached whale becomes a rainbow; the film is epic maximal portraiture where many movies are nervously narrative. 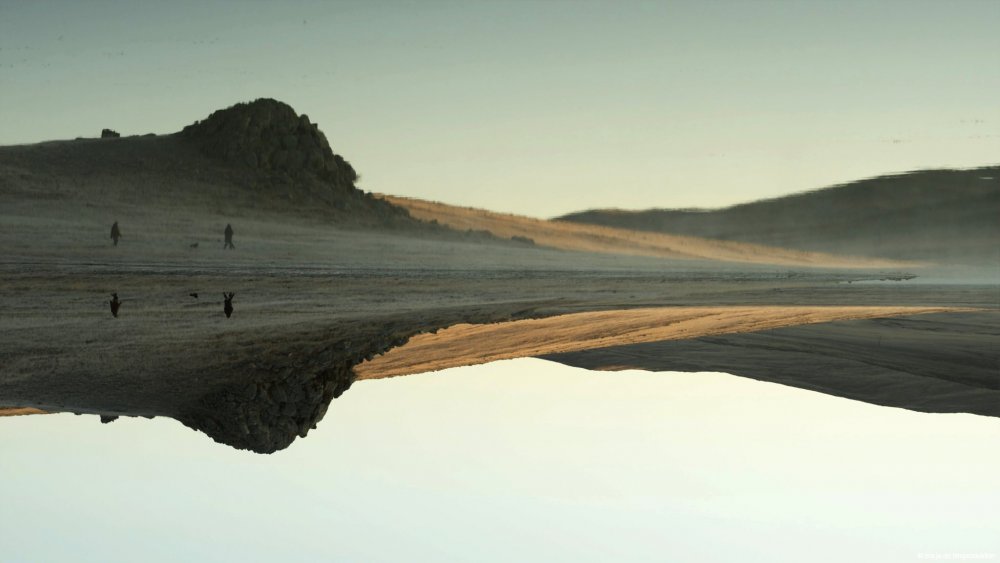 Story is important for documentary, but perception is even more important. Think, first, what the viewers will feel while seeing your shots. Then, form a dramatic structure of your film using the changes to their feelings.

This is a conceptual drama of dialectical realities; the antipodal landscapes are evidence for the endlessly complex and beautiful world we inhabit.

To conjure the deepest sense of this, Kossakovsky plays perceptual games, tricks that move and excite. Reflections of antipodes are placed unannounced within scenes, images are bent and distorted and match cuts (like the one from rolling lava to an elephant’s skin) are employed to magically connect the disconnected. There are radical changes in perspective – one astonishing sequence features a shot of a lion drinking from underwater, then a hippo dips into a lake and the camera goes under, only to end up upside down in the ocean next to a volcano in Hawaii. It all plays as sensual emersion with each shot an invitation to rethink.

Documentary is the only art where every aesthetic element almost always has ethical aspects and every ethical aspect can be used aesthetically. Try to remain human, especially whilst editing your films. Maybe, nice people should not make documentaries.

This rule is probably my favourite because it informs Kossakovsky’s entire way of seeing and provides direct inspiration for the rest of us making films. There is a deeply humane feeling one gets from Vivan and the filmmaker’s other works, but never do we get life simplified.

The most vigorous cinema comes from allowing the dignity of human failing to turn into joy and then back into whatever messy emotion is captured. There’s a tough sweetness to Kossakovsky’s films that’s matched by a subtle and winning perversity. The films are often amusing, even as they are formally rigorous. Life is contained within these filmic structures.

Don’t follow my rules. Find your own rules. There is always something that only you can film and nobody else.

¡Vivan las Antípodas! must be seen to be believed. Even the credits image is an astonishingly original and playful accomplishment. And Victor Kossakovsky is a director to listen to. Viewers everywhere should bask in the dazzling sensuality and innovation of his images and the enthusiasm of his ideas.

Related to Your world inside out: ¡Vivan las Antípodas! and Kossakovsky’s Ten Rules