Screen or scream? Fight or flight? Penny Woolcock and Ross McElwee on the perils of festivals

As they prepare for work-in-progress screenings at the Otherfield Film Festival on a farm in Suffolk – a “freethinking” gathering where “the only thing you pitch is your tent” – filmmakers Penny Woolcock and Ross McElwee remember the kinds of festival experience they’d like to get away from. 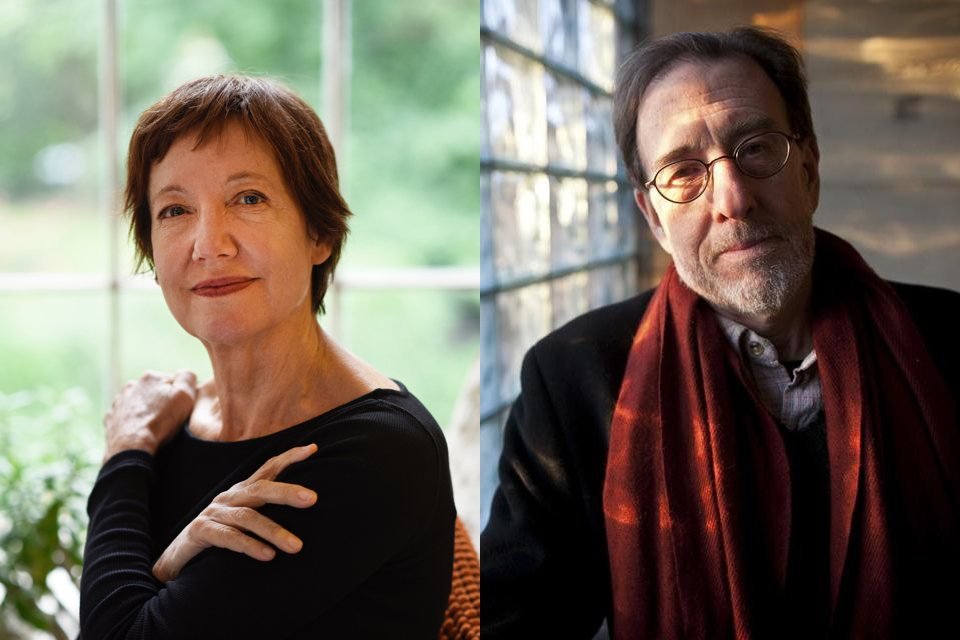 I don’t like film festivals. They make me feel anxious and although I can sometimes enjoy them once I am there, it feels more like survival relief than real enjoyment.

This is a disadvantage because I’m a filmmaker and festivals are an opportunity for us to strut our stuff, show our films, meet people who might fund our projects and hang out with our peers. I wish I loved them but I just don’t. The first time I went to an RTS event in Newcastle where I was actually won an award I fell into a dark hole so vertiginous that I couldn’t breathe. I retreated to a corner of the room and told myself that if I had to schmooze to survive, I would rather die. If my work was not going to be enough to get me more work then I would get a job in a supermarket stacking shelves and have a different kind of life being some kind of secret artist.

I’ve mostly managed to make this work although I have had to do the festival rounds a few times. My low point was finding myself alone in the Piggly Wiggly carpark at Sundance and weeping and wailing like a dog.

It has got a bit better. I don’t feel quite as flayed alive or as poisoned by a toxic mix of insecurity and contempt that turns me into a person who shouldn’t be allowed near anybody else ever. I go when I have to and I survive. There is something lovely about the Open City Documentary festival, good films and sessions, and I have surprised myself by dipping into it with pleasure because I can run home again.

So why am I going to Otherfield when I don’t have to? Enough people have told me that it is different. That it is all about the films, all about being honest about the difficulties that all creative people struggle with and not about putting on a performance or seeking out the most important people to talk to or what the fucking buzz is. There is no pitching, no meat market, nothing like that. There are sessions which sound interesting, which are not about furthering your career but actually learning something and expanding your mind. I hope that those of us with more experience will be able to be helpful to younger filmmakers but I also hope that they will be willing to teach me things I don’t know.

If I don’t enjoy it I will eat my tent. 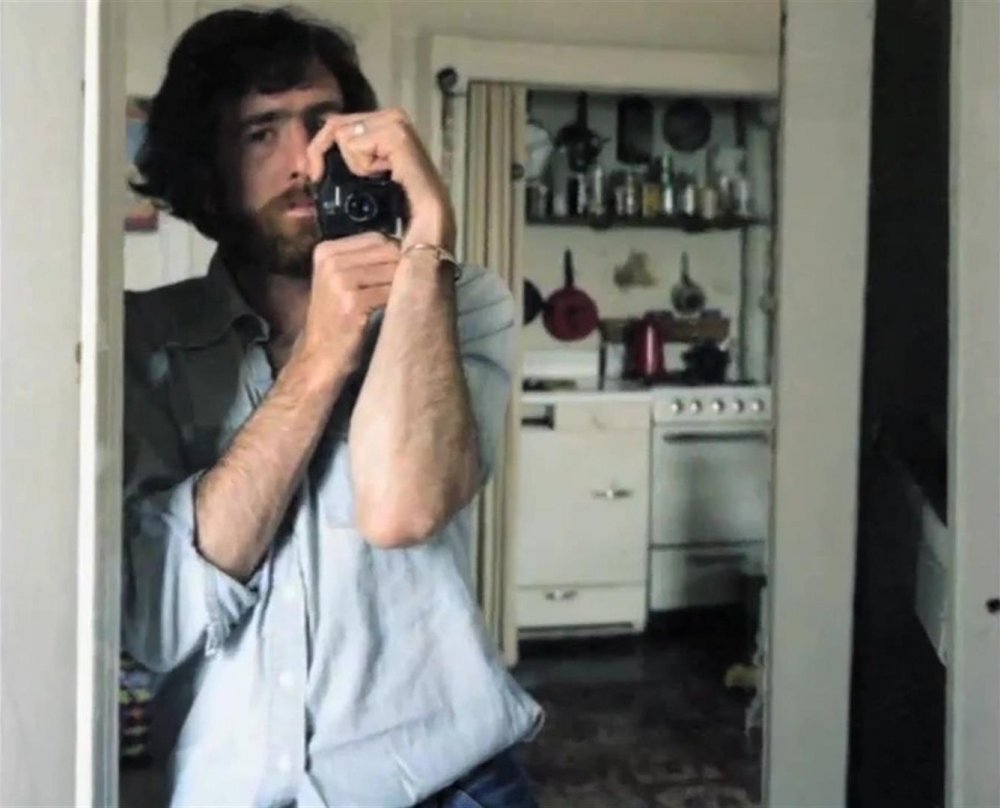 Sherman’s March: A Meditation on the Possibility of Romantic Love in the South during an Era of Nuclear Weapons Proliferation (1985)

As Donald Trump, the erstwhile Republican candidate for the US Presidency, steadily gained in popularity in the US, I mentioned to Otherfield’s organiser Chloe Ruthven back in June that I was contemplating taking up permanent residence in England, and would use my stay near Suffolk as an opportunity to explore various real-estate possibilities. But now we have Brexit to reckon with, and I’ve revised my thinking. Perhaps I need to find a midpoint between our two temporarily insane nations. Maybe Iceland?

At any rate, there you have it – my political cards are on the table!

And despite the recent upheavals on both sides of the Atlantic, I am very much looking forward to my first visit to Otherfield. From what I have heard, it promises to be quite different than than the hundreds of competitive festivals which now clog the calendars in Europe, North America and Asia.

If anyone should be nervous about coming to Otherfield, it should be I. Amongst dozens of presumably socially conscious documentarians, whose films are committed to myriad worthy social causes, I will be showing up to screen my films that are about – well, me.

Okay, that’s an oversimplification. My films do manage to have various important social and political themes imbedded in them – nuclear weapons, gun control, Big Tobacco, US meddling in South American politics – but all seen through the perspective of the autobiographical I.

The risks are massive: myopia, self-indulgence, and narcissism. But somehow for the most part, my films seem to have managed to navigate around those very real documentary dangers. Still, I always feel as if I am groping my way to finding the proper balance between depictions of the lives of others in the world, and depictions of my own life. My insecurity in making films this way has been there from the beginning. 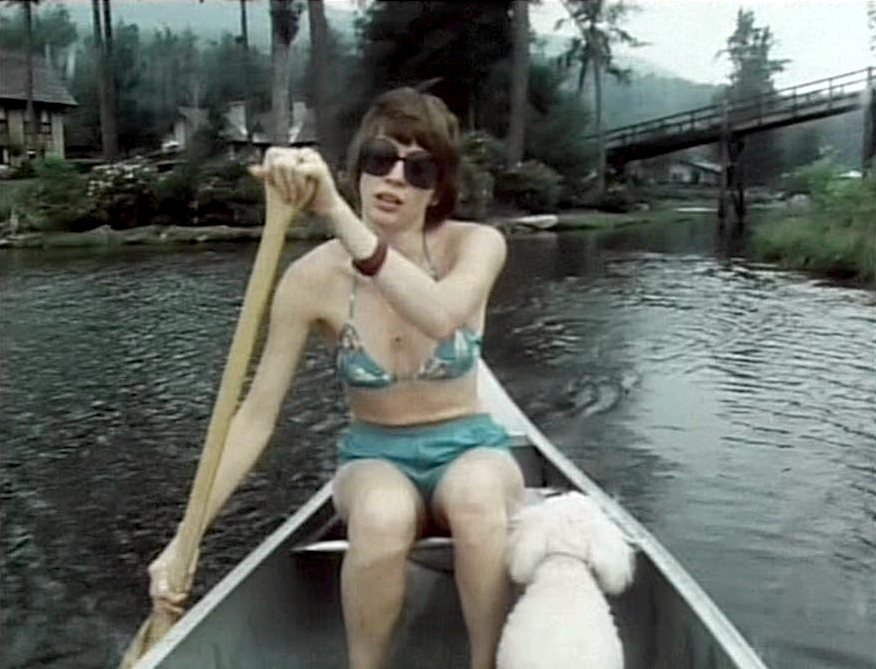 Sherman’s March: A Meditation on the Possibility of Romantic Love in the South during an Era of Nuclear Weapons Proliferation (1985)

In 1985, I completed my first feature documentary, Sherman’s March: A Meditation on the Possibilities of Romantic Love in an Era of Nuclear Weapons Proliferation, and to my astonishment it was invited to make its world premiere at the Berlin Film Festival.

I was thrilled, of course. I had shown my films in small museum and university settings in the US, but I had never been to a film festival before. At any rate, Berlin would be Sherman’s very first public screening anywhere. It clocked in at two hours, 40 minutes, and I had no idea how it would be received, but when the lights came on, I was excited to hear applause and note that almost all of the audience had in fact made it to the end.

My festival host then introduced me and opened up our discussion to questions from the audience. The very first was, in fact, from a British gentleman seated on the second row. He politely raised his hand and asked me “Sir, you have managed to make a remarkable…”

He paused. I was beaming. He continued, “How shall I put this – a remarkably tedious and pointless documentary. Can you possibly explain why you would expect audiences would want to see this film? I learned very little about your General Sherman and virtually nothing about nuclear weapon proliferation.”

He wasn’t indignant, exactly. He seemed genuinely perplexed. Fortunately, the questions that followed were more positive, and the film went on to have a successful life, but I realised then and there that you could never hope to make a film that pleases everyone – especially when you were a character in your own films. There will always be those who object to this approach. And I am still somewhat nervous when I present my films in public.

I suspect Otherfield will provide a welcome alternative to the highly commercial affairs that most festivals have now become. My fantasy is that Otherfield will be a kind of magical Midsummer Night’s Dream for us beleaguered independent documentarians, bringing restorative measures of honest yet humane criticism and discussion, delivered with grace, alacrity and good humour.

That’s my hope, at any rate, and I am very pleased to be invited to join in this year’s activities. And yes, Sheman’s March, which I am showing, is still a very un-YouTube two hours and 40 minutes long!

Related to Screen or scream? Fight or flight? Penny Woolcock and Ross McElwee on the perils of festivals