The new guard: an interview with the new heads of Sheffield Doc/Fest

With a new leadership team in place, can the UK’s top showcase for nonfiction film replenish itself?

☞ The rise of female documentary makers in Mexico

☞ Film of the week – Fire at Sea 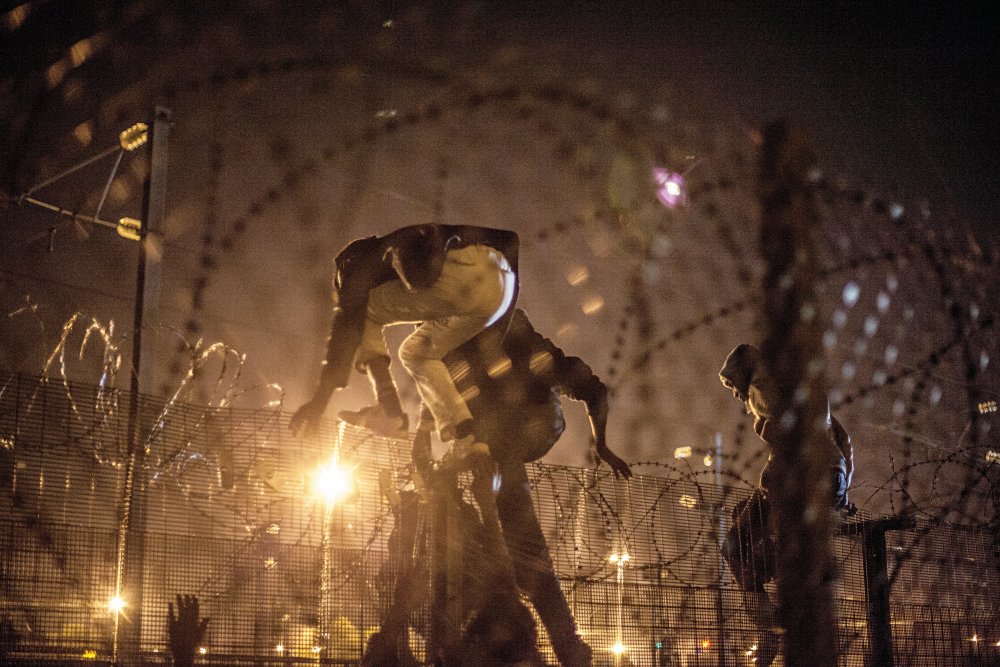 Twenty-two this year, Sheffield Doc/Fest can claim its part in nonfiction cinema’s recent-years renaissance, having been the only UK festival to wave the flag for documentary culture through the 1990s and 2000s, and developing a once heavily British TV-centric delegate base into something more buzzily eclectic and international, with regularly rising audience numbers to prove it. Doc/Fest now boasts of being the world’s third largest of its kind, after Amsterdam’s IDFA and Toronto’s Hot Docs.

Erika Balsom considers the ‘documentary turn’ in the art world on page 50 of our July 2016 issue.

At the same time, the burgeoning of nonfiction movie-making presents a challenge for any showcase to encompass the whole swell. From a cinephile’s perspective, Doc/Fest has been patchy on representing the international creative cutting edge, and lately newer, smaller festivals have sprung up to meet that thirst; just this year we’ve seen full houses for the second Essay Film Festival and the inaugural Frames of Representation, modelled on founts of heterodoxy such as True/False and CPH:DOX, and late June will see the sixth Open City Documentary Festival, another champion of ‘creative documentaries’. (All, notably, are London affairs.)

The first thing to note is that the festival is a different order of scale from those younger niche endeavours. McIntyre doesn’t take her eye off the constituencies she has to serve: “We’re a hub to create mechanisms to bring people together, from new to emerging to established talent and decision-makers. And those new talents will be established filmmakers and decision-makers one day as well, and on goes the creative cycle,” is her Zen summary. “You come for Claire’s film programme and Mark Atkins’ AR programme, have the opportunity to talk about the art and craft of them and be inspired in talks and sessions, and then get the opportunity get your next film or AR project off the ground at the Meet Market [the festival’s pitching sessions] and start the whole process again. It’s about a creative explosion, about noise, a democratic environment and making sure all the talent comes together.”

Being outside London is important, too. “Sheffield is a very welcoming city. Its physical nature shouldn’t be underestimated in terms of how it makes people behave: they’re relaxed, friendly, approachable.” (This year the funding forums and hangouts will move from the university Hubs to the grand old Cutlers’ Hall, for added deep-carpet gentility.)

Certainly the fundraising initiatives seem to be doing something right: this year’s festival is showing 12 films germinated in previous Meet Markets, and when I meet Atkin he points out that investments at last year’s Alternate Realities pitching sessions were £1.5 million, six times the previous year’s. McIntyre is also emphatic about impressing on (wannabe) filmmakers the variety of modern nonfiction formats: “The industry is changing in terms of how films are made and where they go; there’s a whole spectrum from theatrical releases to short-form and self-publishing, each equally valid. We need to show filmmakers they can come to the table with a range of projects. If you’ve got just one pet project, you’re creating an unsustainable model for yourself; if you can also propose a wonderful format or series, or a number of shorts, it allows you to think differently about not just the creative process but also the business process.” 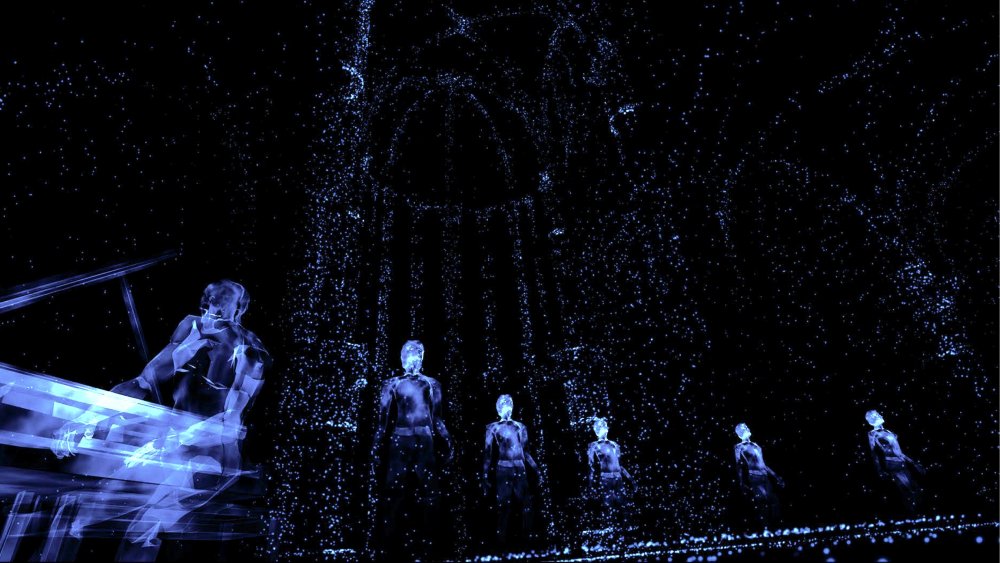 Surely, Doc/Fest spans as many forms as any festival. Atkins runs through the details for me of his burgeoning AR summit and Virtual Reality and interactive exhibitions, which this year include ARTE’s interactive version of Notes on Blindness, in tandem with the film version (reviewed in the July 2016 S&S), Aardman’s first VR doc We Wait (a journey with Syrian refugees) and a virtual Holocaust survivor from the Shoah Foundation. Aguilar briefs me on her inclusion of serial episodes (the BBC’s Exodus: Breaking into Europe), TV premieres (EPIX’s Serena: The Other Side of Greatness) and non-premieres (Netflix’s City of Gold) and sundry up-to-40-minute shorts upon which a Doc/Fest screening confers Oscar-qualification status, as with Adam Benzine’s Claude Lanzmann: Spectres of the Shoah last year. (The 40-minute form is “fascinating – they’re not going to take forever but are definitely cinematic,” she says.)

But McIntyre is also quick to acknowledge the dangers of unwieldiness and “so much going on that you can’t navigate your way through it”. For me the saddest moments at Doc/Fests past have been seeing smaller discoveries lost in the grind, not least when the filmmakers have come from afar to share and gauge their work. It’s a big-festival hazard – I’ve seen the same at IDFA in Holland – and, as Aguilar agrees, a problem when your delegates are stuck in meetings: “What can we do to make it easy for people? We’ve got to change it so the films won’t be ghettoised, and we privilege the filmmaker.” 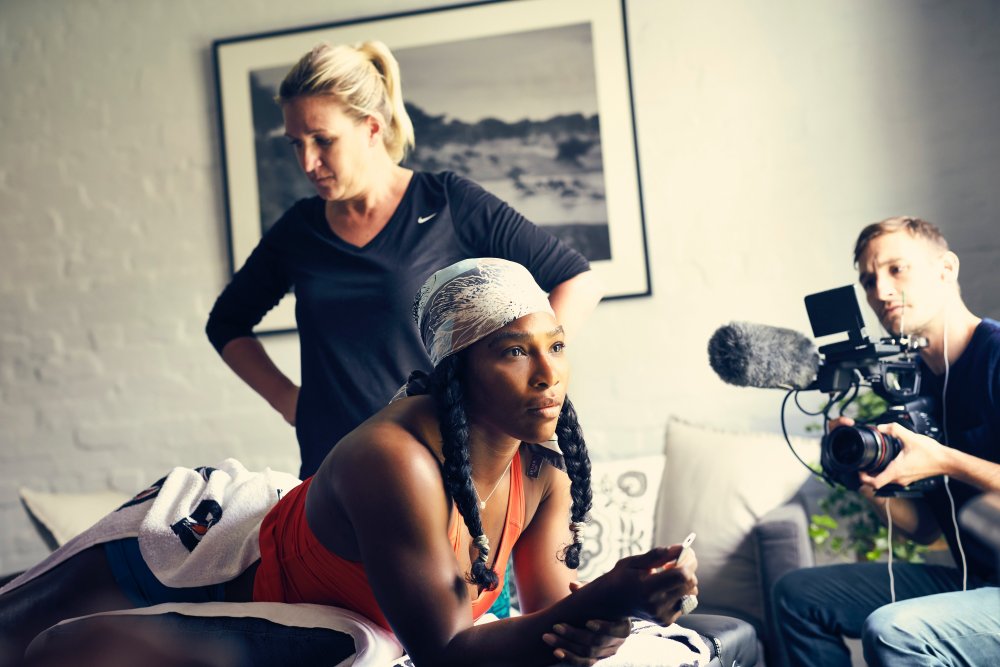 Serena: The Other Side of Greatness, given a big-screen premiere at Doc/Fest

So far as public audiences go, the festival has plumped for doubling down on its outreach: opening up the delegate tent on Tudor Square and a free outdoor screen beside it; a Door-to-Docs initiative to bus in out-of-towners. There are new strands, from Outdoor Adventure and Get Up & Dance to No Place Like Home – “loose,” notes McIntyre; “we don’t want to be bound by creating strands for the sake of them, but they help people navigate the festival.” And there are big-name speakers from Michael Moore to D.A. Pennebaker and Chris Hegedus to Joanna Lumley – but also snooker champion Ronnie O’Sullivan, back at the Crucible to reveal his secret documentary inspirations.