From Sundance to Copenhagen, festivals and funders seem to have caught the scent of cinematic nonfiction. Time to plant feet on the ground… 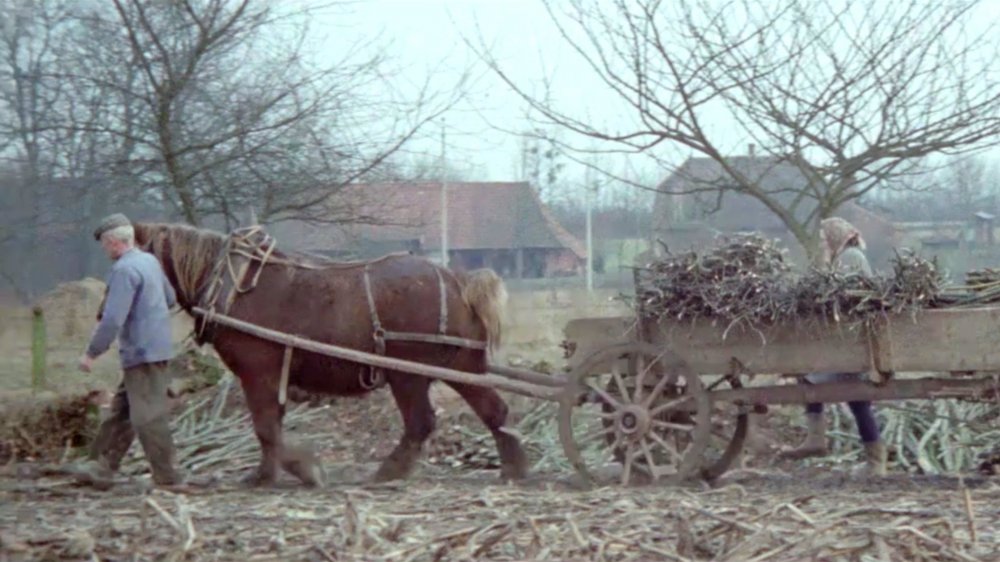 A few weeks ago, at the Montreal International Documentary Festival (better known by its French acronym RIDM), I was on a panel about performance in nonfiction with the subject/star of my film Actress, Brandy Burre, Tim Sutton (director of Memphis) and Giovanni Donfrancesco (director of The Stone River), when a woman in the audience raised her hand and spoke from what seemed to be a prepared statement. Her comments were about the “new hybrid space” in documentary, which, of course, is all the rage right now, and she made an interesting comparison between this filmmaking technique and livestock. I’m paraphrasing, but her basic point was that if fiction was a horse and documentary a donkey, then this new breed of cinema was a mule – a new species resembling its progenitors, but unique unto itself.

Now putting aside my quibbles with the idea that a cinema of heterodoxies is anything new and that I prefer to see the relationship between fiction and nonfiction more as an unstable continuum, the image of the mule stayed with me. Mules were bred to do work, to labour, to harvest. Just a few days earlier I was in front of a packed room of funders and ‘decision makers’ at CPH:FORUM (the pitch forum arm of CPH:DOX) pitching a new project which will be produced decidedly in the mule mode. The combination of art and industry excited me; where once documentaries that experimented with elements of fact and staging where outliers, now they are something close to the norm, and the industry (including new-ish Sundance Institute Documentary Film Program honcho Tabitha Jackson) seems to be listening. Mules can do work, it appears, for funders and broadcasters. But what does this new access, if it really exists, mean for cinematic nonfiction? 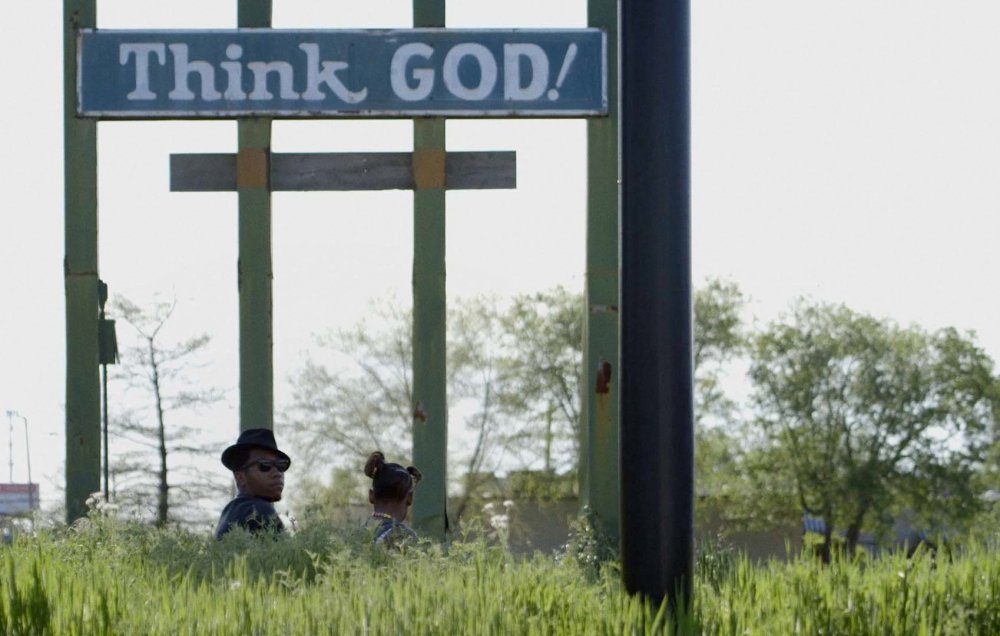 From all accounts (including my own experience) the 2014 edition of CPH:DOX was a runaway success. The field of contenders for coolest film festival in the world is certainly crowded, but this year the folks behind CPH:DOX (led by Festival Director Tine Fischer, Festival Producer Susanne Thygaard and intrepid programmers Mads Mikkelsen and Niklas Engstrøm) really outdid themselves with a canny mix of state-of-the-art programming and a muscular industry presence. There is an inherent idealism to film festivals that doesn’t necessarily translate to the outside world, but at CPH:DOX there was a palpable sense that art and commerce could mix beautifully. Maybe it was an illusion, but the presence of industry stalwarts like Jackson, BBC Storyville’s Nick Fraser, the Ford Foundation’s Cara Mertes and a coterie of international funders, buyers, sales reps and producers made this art-minded filmmaker feel connected to the broader industry like never before.

It turns out that CPH:DOX was part of what might be called a multi-step coming out party for Jackson, who took over the Documentary Film Program at the Sundance Institute a year ago. Her next stop was DOC:NYC where she gave a blistering keynote speech declaring, “The lingua franca of nonfiction filmmaking should be the language of cinema and not the language of grant applications.” The former commissioning editor at the UK’s Channel 4 went on to say, “So many films don’t need to be films. They don’t speak the language of cinema.” (Filmmaker Magazine’s Scott Macaulay has a good recap of the whole speech.)

For a generation of filmmakers that basically grew up thinking Sundance and its primary interest in social justice documentaries was not necessarily for us, this is a promising development. I had the pleasure of meeting Jackson in Copenhagen (along with her Sundance colleague John Cardellino) and they seem to have the toughness, smarts and wherewithal to pull off a broad rebranding of the Sundance Documentary Program, a move that has the potential to change the game for me and other filmmakers who want to make our careers pushing formal boundaries in nonfiction. 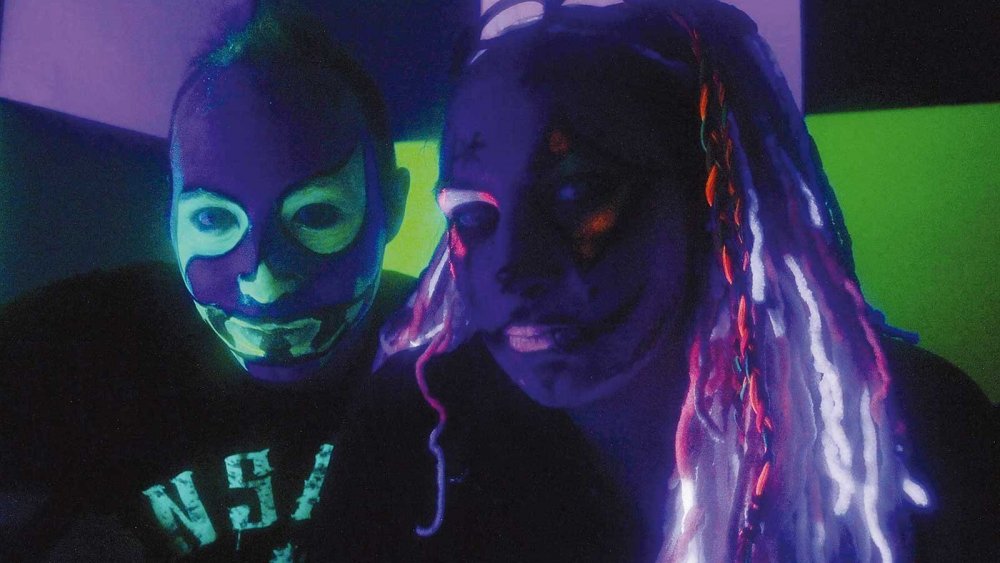 This gust of wind carried me to Montreal, for the incredible RIDM, a festival that, like CPH:DOX, has made its name on films that push the limits. Scheduled between CPH:DOX and the goliath IDFA, RIDM had less of an industry presence, but the current state and future direction of so-called ‘hybrid’ cinema was on everyone’s minds, pushed there by the progressive programming of fiction films like Tim Sutton’s Memphis, darkly alluring whatsits like Antoine d’Agata’s Atlas, some of the year’s most artful films (Scott Cummings’s brilliant Buffalo Juggalos and Mariano Cohn and Gastón Duprat’s jubilant Living Stars, for example) and panel discussions like the one where the ‘mule’ term was introduced to me by an audience member.

While I’ve toured with Actress, it has become clear to me that audiences (or at least festival-goers) are starting to recognise the significance of the ‘hybrid’ trends in documentary and the talk at RIDM reflected this. Of course this twin recognition of viewers and funders is a good thing, but I couldn’t help notice the faint tinge of a backlash starting to set in. Indeed, when the woman at our panel was elegantly explaining her mule concept, my first reaction was to squirm and reject the terms. There is nothing new about this. These are just movies. We are not livestock.

While watching RIDM’s closing-night film, the world premiere of Nicolas Wadimoff’s smartly directed Spartans, the limitations of these trends fully registered. Spartans is a well-crafted delight, a character study of French MMA fighter/teacher Yvan Sorel that contains not a whiff of hybridity, yet represents an audience-friendly iteration of the documentary vanguard, with its emphasis on captured moments over information transfer and its crisp, efficient and meaningful mise en scene. A film like this should be celebrated and held up as an example of the best kind of work, even while it fits no trend.

Next for me was Amsterdam for a quick stop at the previously mentioned behemoth called IDFA. Here I got what might be called a healthy splash of water in the face. Actress was programmed in the ‘hybrid film’ section called Framing Reality with such heavy hitters as The Act of Killing and F for Fake and the sidebar designation seemed appropriate. I was honoured to screen at the biggest documentary festival in the world in such a highlighted way, but I certainly felt (in my admittedly brief time there) at least slightly out of step with the rest of the proceedings. I didn’t step foot in the pitch forum, but by all accounts the famously tough room was nothing like the art-centric idealism of CPH:FORUM. The festival bustled with business but I personally heard little discussion about those trendy hybrids.

No complaints here. In the transition from historically marginalised sub-movement to trend du jour, filmic modes tend to get inflated and overhyped, which typically makes them more easily dismissed. If cinematic nonfiction aka ‘hybrid’ films aka whatever you want to call them can gain a more sturdy relationship with the broader documentary infrastructure, then that is obviously a good thing. But in our transition from whatsits to mules – to creatures that can labour efficiently for funders (AKA be profitable or at least presentable at board meetings) – it’s important to remember that cinematic adventurism is what this is all about. Taking chances, pushing the form and risking failure is what has gotten people excited in the first place.

Trends kill art. Business can be done, but let’s hope the worst parts of ‘hybrid’ cinema are not codified and start popping up in every other pitch. Bad films are bad films, whether they have terribly photographed talking heads or needlessly formal plays with staging or fictional elements or other things. I’m happy to be a mule, happy to have a chance to show the deciders in the documentary community that audiences can connect with interesting work. But we have to somehow avoid being merely a flavour of the month.

To all my boundary-pushing brethren – keep it smart, make it bristle with life; keep it active, frisky, cinematic and purposeful. Intervene with reality for a reason, not because it’s cool. Let’s make it impossible to pigeonhole great work.