Hammering away all over the world, with the Harvard Sensory Ethnography Lab in China, the late Dominique Benicheti in Burgundy and Peter Hutton from Detroit to Ethiopia.

There is no Official Competition at the Viennale. Found at some remove from the pressures to unveil one world premiere after another, Vienna International Film Festival has an element of esteem to its programme. Though not every film will please every attendee, there’s a sense that each has been handpicked by festival director Hans Hurch on the strength of previous screenings elsewhere. Indeed, if a bow at Cannes or Venice is a filmmaker’s aim, the Viennale has become a kind of yardstick of quality; everybody wants its seal of approval.

One defining selection criterion for the Viennale might be a film’s enduring appeal. It isn’t difficult to see the lasting strengths of Chaplin’s Modern Times (on 35mm no less), for instance. But curating a festival based on such principles requires both foresight (to programme films completed within the last year) and a certain sense of ongoing critical reassessment (as was the case in holding a full Jerry Lewis retrospective).

This notion, of looking backwards and forwards in the same instant, seemed to be at the centre of another retrospective this year – that dedicated to the Sensory Ethnography Lab, the interdisciplinary media production unit working out of Harvard University. The Viennale’s compilation of the SEL’s output [also shown concurrently at November’s Montreal International Documentary Festival] spoke in itself of the Lab’s growing critical currency ahead of the imminent UK theatrical release of Leviathan [see Trevor Johnston’s interview feature on the film in Sight & Sound’s December 2013 issue]. 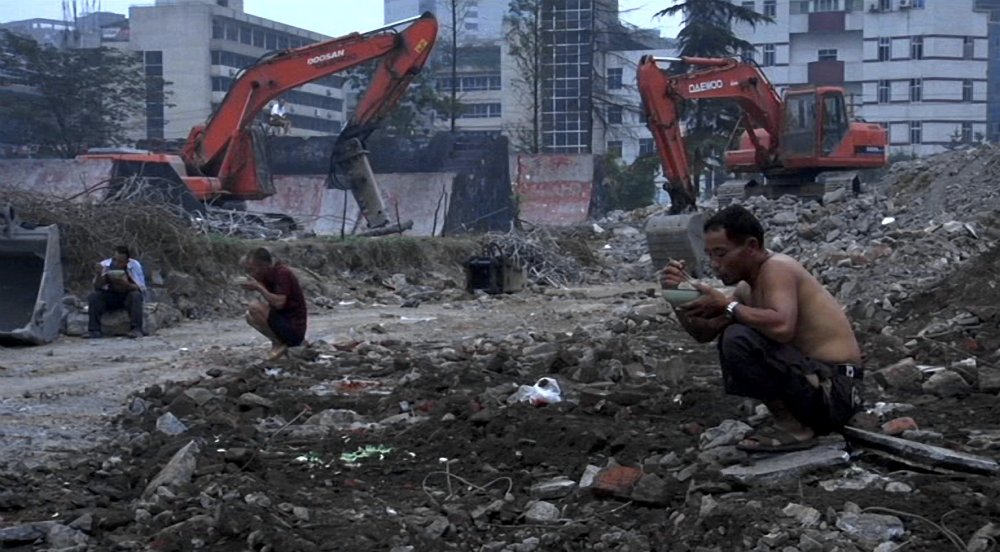 One of the strongest works to date from the SEL is J.P. Sniadecki’s Demolition (Chaiqian, 2008). Filmed in Chengdu, the capital of China’s Sichuan Province, in July 2007, this observational film documents life on a rubble heap as experienced by itinerary workers. Though it opens with a 360-degree panorama of a half-dismantled skate park, this offers a distinctly ground-level perspective, concentrating on the banal details that define the daily lives of its labourers.

One early image shows nine workers amidst a mound of debris, their scant clothing and flip-flops juxtaposed bemusingly against the heavy machinery also present on site. One of the men, his T-shirt torn beneath his arm, lights a cigar and puffs on it as if acting out some other luxurious life, before hammering away more rubble with an improvised tool.

To begin with, Sniadecki presents his film as a kind of verité project, keeping interactions with his subjects to a minimum. Then, as they all squat down to lunch – the half-demolished skate park visible behind them – they begin to talk to one another about the camera observing them, musing as to how it functions and what its purpose might be.

Venturing beyond the demolition site, Sniadecki captures a group of men who are on the one hand figuratively lost outside of their work, and on the other an innately political force. As they pose for a photo “with General Mao” in front of the Sichuan Science and Technology Museum near Tianfu Square, a policewoman enters the frame to ask what they are doing and to warn that they “can’t draw such a big crowd” (the crowd, very small, has gathered out of curiosity for Sniadecki’s camera). As these unassuming labourers try to calm the officer, the film becomes quietly but palpably rousing.

As an early, unofficial mission statement for the SEL, Demolition demonstrates the chief strength of observing the finer details. If you record for long enough, it suggests, the wider social frissons that condition life on the front line of a workplace will make themselves felt.

Anticipating such sensibilities (and receiving two screenings at this year’s Viennale) is Dominique Benicheti’s Le Cousin Jules, which won a prize upon its 1973 world premiere in Locarno. Shot between April 1968 and March 1973, this dialogue-free documentary about the self-sustained life of an octogenarian farmer couple in Burgundy (Benicheti’s cousin Jules Guiteaux and his wife Félicie) acquires a kind of nuts-and-bolts poeticism through its sheer attention to detail.

This is a hardened life indeed. The creation of heat, with which to soften and hammer iron into a desired shape; the labour required of something as basic as a hot drink; the meticulous preparation of one’s bed: all of these and more are documented to such a degree that its subjects are almost denied a wider social fabric. We have, if you like, an economic base writ large; what Marx defined as man’s distinguishing quality – the capacity to produce his own means of sustenance – is in Le Cousin Jules emphasised with moving simplicity.

Too often in filmmaking, landscape is mere backdrop – and nature something that exists as some kind of abstraction, in negation to men but seldom interrelating with them. What makes the Viennale important is that it gives voice to filmmakers like Sniadecki and Benicheti able and willing to present the world as the outcome of a more complicated dialectic. In these films nature is something actively engaged with by people, and re-shaped as a result of their material labour. 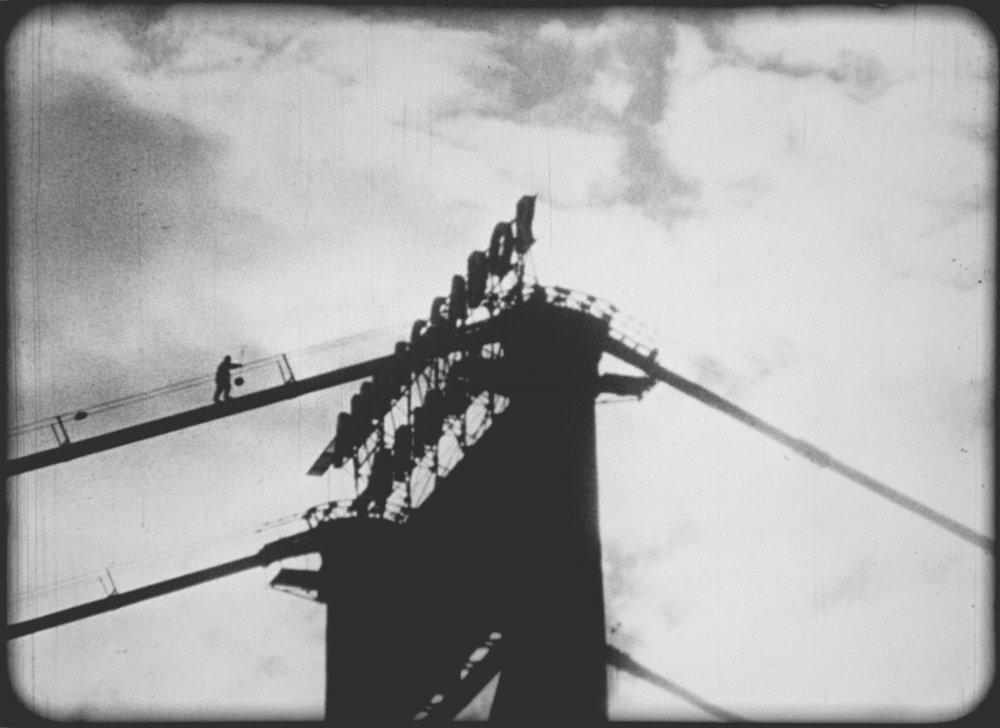 In this sense, perhaps the most remarkable film at the Viennale this year was Peter Hutton’s Three Landscapes. Its director’s first feature since 2007’s At Sea, Three Landscapes is another silent 16mm (though digitally projected) triptych consisting of fewer than 50 shots, and foregrounds landscape to such an extent that human figures are shown to be physically dwarfed by their environs at the same time as they commandeer and affect them. Here the world is both conditioned and conditioning.

Visual rhymes abound. Across the trio of settings referred to in the title – Hutton’s native Detroit, the Hudson River Valley and Ethiopia’s Dallol depression – numerous human figures are seen silhouetted against the horizon, evoking a sense of commonality between cultures, as well as their need to shape and change the land so as to make it habitable.

Tellingly, in perhaps the film’s most abstract sequence, Hutton – Ken Burns’ former cinematographer – frames Detroit’s Ambassador Bridge in such a way that it appears suspended against a grey, foreboding sky. An engineer ascends its steep arch in an almost lugubrious fashion. Progressing upward, the man is a figure of vulnerability, solitude, evoking even Sisyphus climbing an insurmountable structure.

Just as the man is about to make it to the top and disappear out of Hutton’s fixed frame, of course, we spot in the diagonal opposite of frame, a second figure coming into view. Any sense of narrative completion that the disappearance of the first figure might have given is frustrated. For the narrative of labour – to say nothing of landscape – is necessarily incomplete.