Back to school with Frederick Wiseman, Krzysztof Kieslowski et al

‘Tensions in the process’ arise as our correspondent invites the Direct Cinema master into his classroom via Skype. 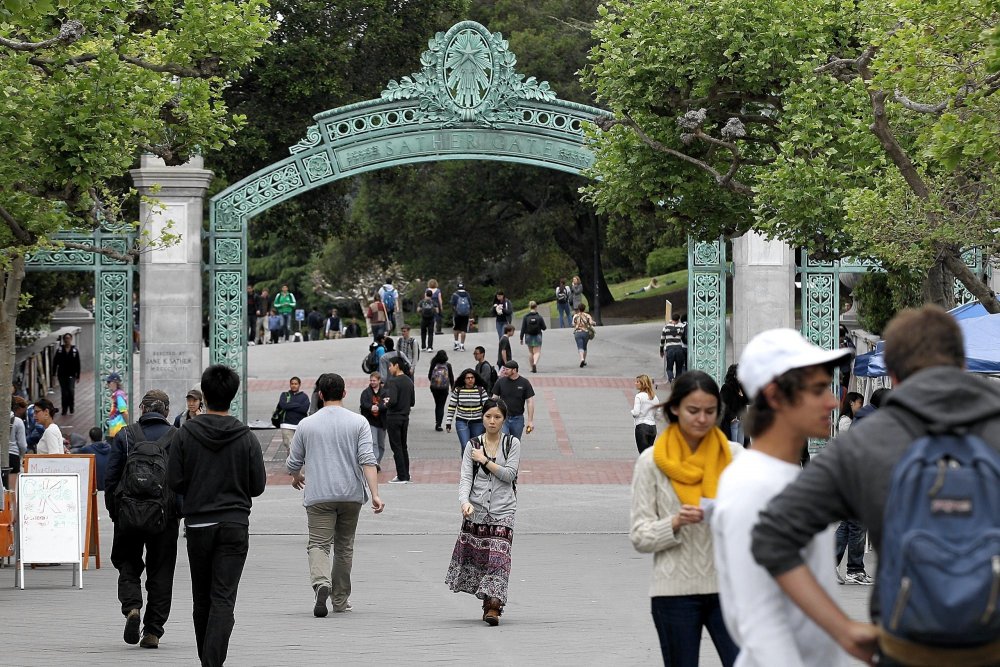 A few weeks ago I was on the campus of tiny Hampshire College in Amherst, Massachusetts, programming and hosting a week of screenings for the Creative Media Institute, an intensive four-week seminar and lab series that was a relaunch of a programme that, in the 70s and 80s, saw Jean Rouch, Richard Leacock, Jonas Mekas, Helen Levitt, Hollis Frampton, D.A. Pennebaker, Elaine Mayes and others come to Hampshire to teach and talk about visual art. I was honoured with the task of kicking things off in its first week, programming films for a group of students. I was allowed to show anything I wanted and I chose to base my week around exploring the very personal ideas behind ‘cinematic nonfiction’.

I brought in my old professor (and probably the single biggest influence on how I think about movies), Dr. Joseph Gomez, who is the world’s leading expert on Peter Watkins, to discuss The War Game and Edvard Munch, my favourite movie of all time. Friends/colleagues/cinematic heroes Bill and Turner Ross, Margaret Brown, Jason Tippet, Penny Lane (who had nominated me for the position in the first place) and the star of my own new film, Brandy Burre, came in to discuss their work. One of the smartest American critics (and good pal) Eric Hynes joined us to add a journalist’s perspective. I skyped with my idol, Frederick Wiseman, brought in David Hoffman to discuss his nearly-lost gem King, Murray and was able to show some of my very favourite films, including Leviathan, News from Home, Below Sea Level, Husbands and Ne me quitte pas.

It was basically a tearing open of my cinematic soul, a sort of autobiography-as-film course. My goal was to break down any ingrained notions the students might have had about documentary. After the intense week of screenings and discussions, I’m not sure how well I accomplished my task, but I do know that I got taken to school myself. 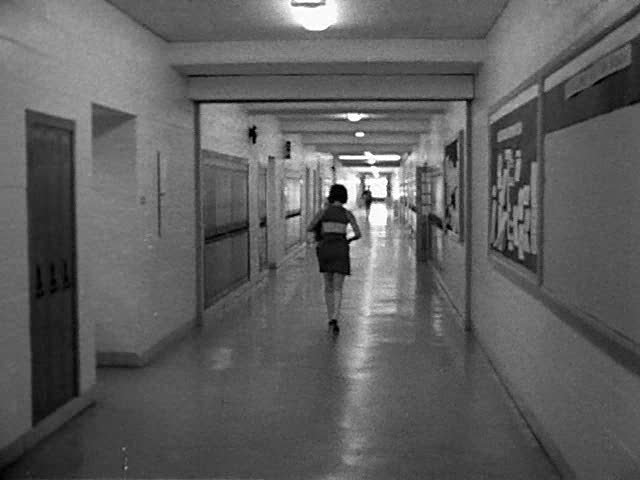 One of the principal concepts I wanted to get across was that documentary lies on a continuum of fiction and nonfiction. In academic/veteran film circles, this is kind of a no-brainer; yet it remains a remarkably persistent hang up for new viewers of the medium. I’ve written before that I believe the art of nonfiction – where the aesthetic rubber meets the road, so to speak – lies in the tense meeting space of structure (making a movie) and chaos (the messy realities of the real world being captured). The fiction/nonfiction continuum is essentially the same idea. The point isn’t that “there is no truth”, but that filmmaking is inherently fictionalising. To understand the way documentaries function, one should understand the effects of decision-making by the filmmakers on and with the reality they are capturing.

To attempt to illustrate these points I showed Gianfranco Rosi’s Below Sea Level and Chantal Akerman’s News from Home, two films where highly controlled camera techniques use a seemingly objective gaze to probe deep into subjective psychological spaces. I paired Hoffman’s wildly self-aware, semi-fictional King, Murray with John Cassavetes’ Husbands, a fictional film wherein the very physics of acting push close to the realm of documentary. The students and I quizzed Brown, the Rosses, Tippet, Lane and Ne me quitte pas co-directors Sabine Lubbe Bakker and Niels van Koeverden (via Skype) on editing choices, image capture and film/human relationships. Brown’s discussion of using contradiction as an organising principle in her The Order of Myths was especially revelatory. With these and other screenings, the goal was to recognise how decisions made by the filmmakers interpret and shape reality and how manipulation (via camera, editing, sound and other elements) can arrive at a truthful understanding of real human situations. Frederick Wiseman once called his films “reality fictions”, which I’d always thought was a canny way for the master to label his life’s work, even though he’s simultaneously maintained that no one ‘acts’ for his camera – a contradiction I was eager to explore with the man itself.

It was our last day and I had been nervously anticipating my chance to interrogate my hero for the whole week, his reputation as a cantankerous interview only slightly cooling my eagerness. The fact that this conversation (in front of a room full of students) would be on Skype was another barrier of communication. When I found out the octogenarian would be skyping in from his phone, I started to prepare for a rough ride. 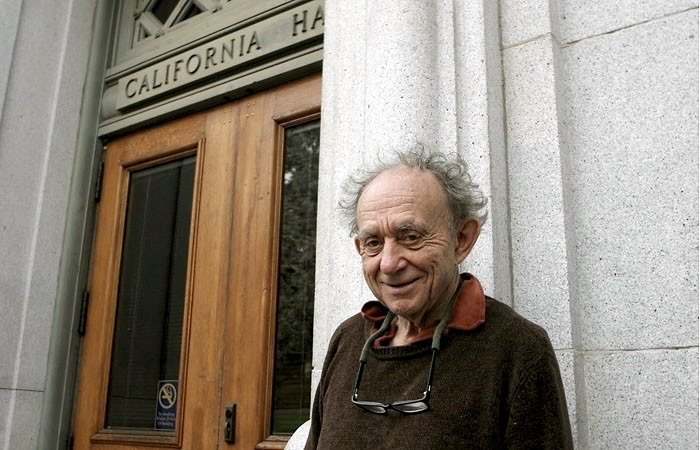 It was apparent from the start that our bad connection wasn’t simply due to untrustworthy satellites. I started by asking about the fiction-reality continuum idea, stammering about with words like ‘dialectic’ and ‘tension’. “I don’t know what you mean by ‘tension’,” he said as his choppy image froze and unfroze randomly. “It’s a process. There’s tension in the process. But it’s not tension between the aspects of the process you described.”

This dynamic persisted. “Hey Wiseman you use camera adjustments to create a sense of the present tense.” “No I don’t.” “Hey you use performance of self to create cinematic characters.” “Everyone acts all the time, but that’s not film performance, and that’s not what I’m doing.” Etc. I’m paraphrasing, but you get the point.

When he later compared his process to that of a novelist, I was reassured that my ideas about authorship and the way we fictionalise reality through filmmaking decisions weren’t worthless. And it’s not uncommon for an artist (especially one that’s made so much art for as long as Wiseman) to balk at classroom analyses of his work. But the challenges posed by his (admittedly mildly) combative answers really did shake me. It wasn’t just about saving face in front of a room full of students, although that was a part of it. As a filmmaker who is trained to create first, theorise later, I began, in the face of my hero’s unease, to question the basic validity of the fiction/nonfiction idea I had been teaching. 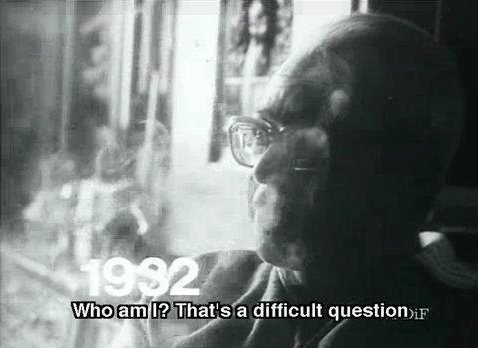 Then, last week, I read a completely unrelated article about another master filmmaker that continued my sudden education. Critic Noel Murray wrote a very smart essay entitled ‘Krzysztof Kieslowski’s evolving reality’ in which he discussed the great Polish director’s decision to give up making documentaries (something he had done for much of his early career) and focus exclusively on what became his trademarked brand of stylised fiction. “Lately it seems to me that I make films about people’s innermost thoughts and emotions, about what they don’t show to anyone,” Murray quotes him saying. “It’s all more interesting in real life, but you should never film those things in real life.”

The piece makes mention of my own new film, Actress, a documentary that attempts to do exactly the thing that Kieslowski decided must be forbidden in his movies, so the doubts about process lingering from my encounter with Wiseman suddenly became relevant to my own work. “He said he became increasingly fascinated by small, human moments in his documentary films,” Murray writes, “but he felt it was wrong to record them.”

Actress is a film about the roles we play in our lives. With it, I’m seeking to create an understanding of the psychological spaces women and artists inhabit as they get older and make families, while trying to maintain their art or what excites them. My collaborator in this investigation is Brandy Burre, who stars in the film and was at times eager and at times nervous about being the subject of this study. She is brave in exposing herself in the film, not least of which because the story we captured took very unexpected and dramatic turns. 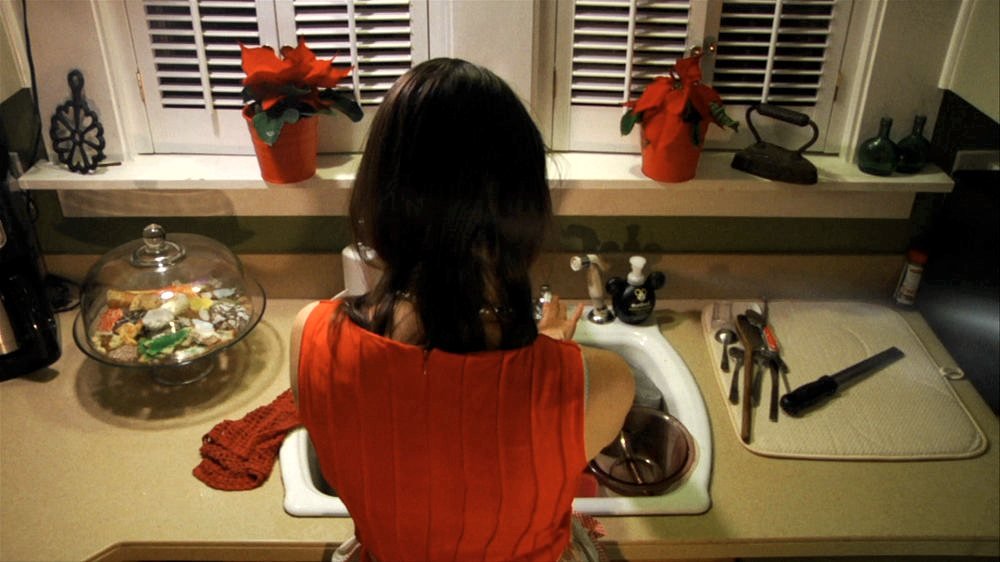 Is this fiction/nonfiction idea that I was teaching at Hampshire just a fancy justification for what I had already done with Actress? I’m certain Kieslowski wasn’t offering a broad prescription for all other filmmakers, but was he right that we shouldn’t be turning private realities into fictionalised movies? My sometimes-touchy relationship with Brandy is certainly evidence that the realities around a film remain frisky long after the editing stops.

Perhaps seeing one’s cinematic soul laid bare, as had happened to me at Hampshire, does something to one’s psyche, so maybe I’m being too sensitive. Also, broadly speaking, documentary filmmakers are and should be obsessed with this fundamental question about whether or not it’s okay to film something, and I’ve struggled with this issue throughout the making of all four of my features.

Still, the double smack down I got from two great filmmakers served as a cold-water-splash-in-the-face education about some of the thorniest issues in documentary that I had started to speak about with a little too much certainty. These are inherently volatile matters and even though Kieslowski and Wiseman clearly came from different perspectives (one gave up documentary, one makes a new one every year), their philosophies and methods shook and exhilarated me. As much as you think you know, you never stop getting schooled. That is very thrilling.

I’ll continue to wrestle with these dilemmas and hopefully they will continue to animate my films and clarify the way I discuss other’s work. As Brandy said to me when I brought this all up, “I find conflict in all worthy acts of expression. You should constantly be questioning whether or not you ought to be making any art.” And you should be constantly questioning how you dissect that art as well.

Related to Back to school with Frederick Wiseman, Krzysztof Kieslowski et al