Dear John Grierson: A Postscript to The Story of Film (rough cut)

All aboard the good train cinephilia, as Mark Cousins conducts us to lesser-visited stations around the documentary globe.

Sight & Sound asked me to make a short film about the wrongs of the documentary canon – which, as I argue in the September 2014 issue, has been essentially Atlanticist for generations now, lacking the bridge-builders between East and West who helped stretch the fiction film canon from the 1950s onwards. When we began cutting the movie, I realised we were going to need a bigger boat, so I am now hoping to turn it into a perhaps three-hour postscript to my 15-hour The Story of Film: An Odyssey.

This postscript will not be a straight history of documentary film, taking us through the Atlantic canon. I love those films, but have decided to leap-frog that canon to get to the rarer treasures. In order to show that my film isn’t a history of documentary, I’m calling it Dear John Grierson, and am imagining that I’m travelling the world on a train with Grierson, one of the founding fathers of the idea of documentary, to see the great films that we don’t, and should, know.

The result, I hope, will be a micro-budget Snowpiercer, in which, as we look out the window, we see masterpieces by people with names like Peleshian, Honkasalo, Tsuchimoto, Kaul, Kötting, Leduc, Perlov, Łoziński… Names that are not household, but perhaps could be, if we loved movies more.

In the September 2014 issue of Sight & Sound 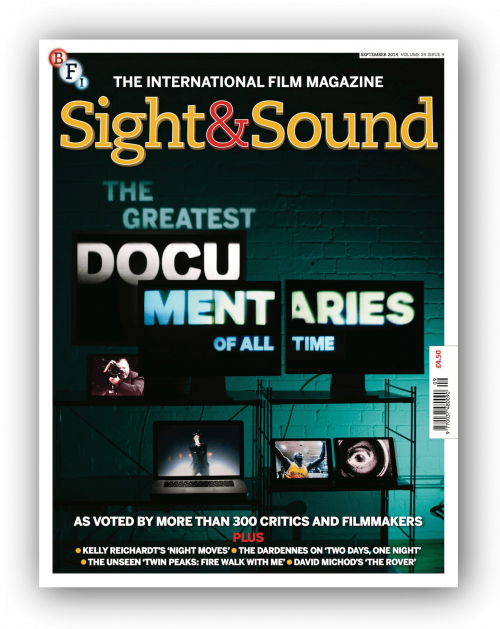 Our idea of what counts as great nonfiction cinema is embarrassingly parochial. Maybe that is starting to change. By Mark Cousins.