In times of Troubles, Mark Cousins finds reality at the movies. Here he reveals what happened when he brought video cameras and projectors to the children of Goptapa in northern Iraq. 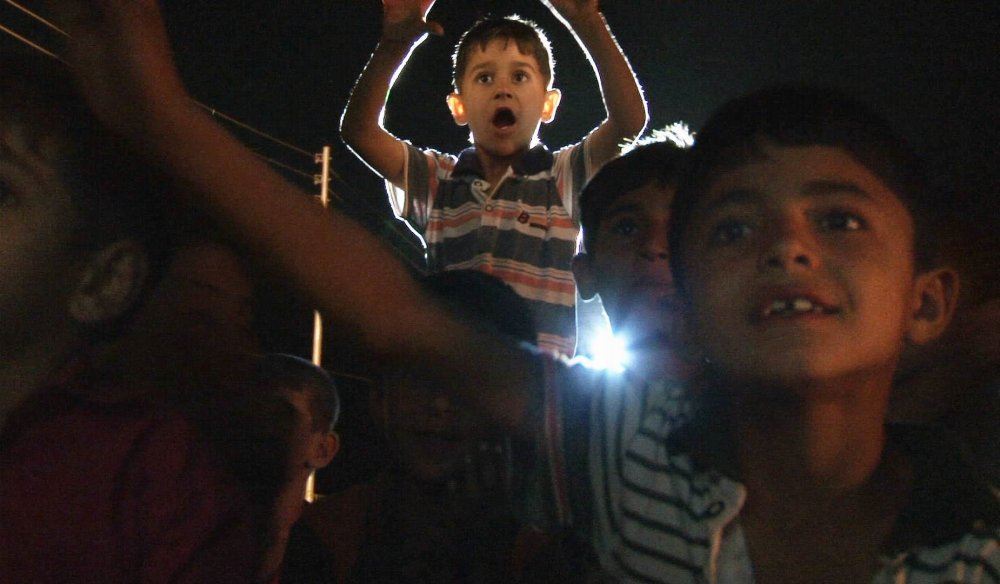 I like reading about cinephilia. Susan Sontag and Jonathan Rosenbaum on the love of cinema, especially her confession that she watched Satantango every few years, made me feel less of a freak. But I’m always left with a question that I struggle to articulate. It is something like: but where are movies in your life? I always want to know the answer to this imprecise question because of my childhood and because of Sarajevo.

I was brought up in Northern Ireland and was seven in 1972, when the war was at its peak. Ours was a very un-posh family, and my parents came from the very streets that the war came from but, partly because my parents were good at being parents, and partly because kids have their own priorities, the Troubles, as they were called, were on the edge of my understanding. I knew they were there, and felt scared at times, and our street was bombed and we had to leave, yet the violence was unreal for me – theatrical, unnatural, from a strange planet that I didn’t understand.

What was more real was cinema. The 1970s were a time when movie-going had slumped, so I often found myself in almost empty cinemas. As I sat there waiting for the lights to go down, I could feel myself unwind and my thoughts burst into life. These moments were, clearly, real life to me. They were closer to me and came from me whereas war, as I said, came from elsewhere. Hence my question about where movies are for people. For me they were on the sofa as I watched TV, under the blankets when I went to bed. They were real and close, and war wasn’t.

Then, in the early ’90s, when I was director of the Edinburgh International Film Festival, I was asked to take movies to Sarajevo, during its appalling siege, the longest on a city in Europe in modern history. I went. I was scared a lot, and ravenous (there was little food). We showed films in a little underground cinema. Afterwards, again and again, people would thank me for coming and say “the reason why we want to see movies is not to escape the war but because movies are part of real life.” This chimed with my Belfast experience. 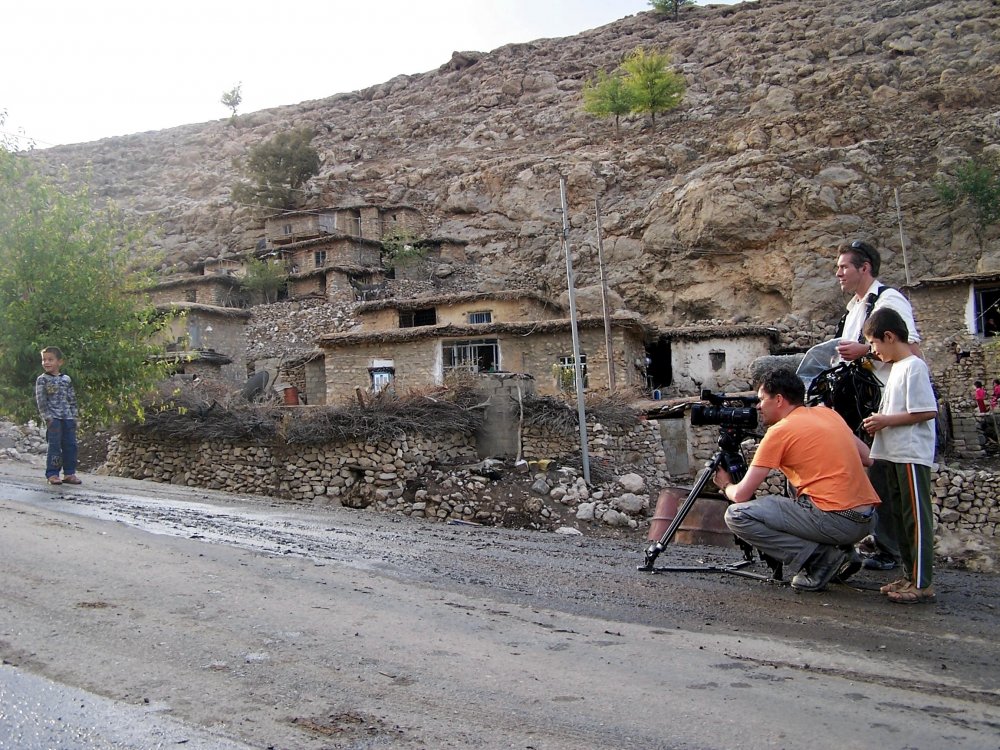 In September I went to northern Iraq to make what I called the “first magic-realist” feature documentary. I wanted to film with kids. I wanted to make a little outdoor cinema. I wanted to show them great films – Mohammad-Ali Talebi’s masterpiece The Boot (1992), E.T. (1982), The Singing Ringing Tree (1957), Astrid Henning Jensen’s brilliant Palle Alone in the World (1949), and The Red Balloon (1956). And, afterwards, I wanted to give them little cameras to see what they themselves filmed. I did these things for several reasons: firstly because I’d been to Iraq once before, when that whole real/unreal thing that I felt in Belfast and Sarajevo came back into my mind. Secondly, I knew that the kids in the remote part of Kurdistan where we were had never seen a movie on the big screen before; I thought it would be fun to make one in their little village – to give them a bit of entertainment. Thirdly I wanted to try to see into their playful, rapidly developing little minds, which I’d come to think of as Aladdin’s caves. After all, One Thousand and One Nights was part written in this part of the world.

We arrived in Goptapa, the bucolic farming village of 700 people, where I’d decided to film. It’s 50 miles from the Iranian border, and quite far from the theatre of war. Unless you climb the hill at its centre and discover its mass graveyard, you’d be hard pushed to guess that on 3 May 1988, Saddam’s helicopters gassed this village, killing at least ten per cent of its population. When we arrived, it was Ramadan. The adults were fasting or resting, so the kids on the streets seemed alone in the world.

The shoot was hard: 43-degree heat; no air con; I slept on the floor until we discovered killer scorpions; and the secret police stopped us filming twice. Yet going out at 6am, in golden light, with my camera on my shoulder or hip, and filming with kids who’d be playing with tires or herding animals down to the glorious river that ran to the Tigris, were times I’ll never forget. I decided to use almost no camera moves – I thought the kids’ films would be full of hand-held vitality. We made an outdoor cinema out of bits of sparkly fabric that Tilda Swinton and I used in Scotland on our recent A Pilgrimage. They looked like a washing line by day but, by night, lit with film lights, under the stars, to the sound of jackals and the call to prayer, the place was magical.

But would anyone come to see it? We put up photocopied posters to publicise the screenings, but they disappeared in an hour. Maybe a local person objected to them? Our films were due to start at 7.30pm. At 6.30pm, a child walked towards us, gingerly. Then more, in twos and threes, wearing bright pink clothes, or Harry Potter T-shirts. Six-year-olds with tiny tots. We’d laid out carpet. They all rushed towards the very front of it. 50, 60, 70 then 80 kids out of a total of about 100 in the village. We played Palle first, then The Boot. The kids screamed and cheered. They got on their feet and danced. The same for E.T. and The Singing Ringing Tree. At the end of The Red Balloon, they screamed again and reached up into the night to try to grab the balloons that had rescued the boy, as if they were in the real world, not the movies. Even our security guards were nearly in tears. 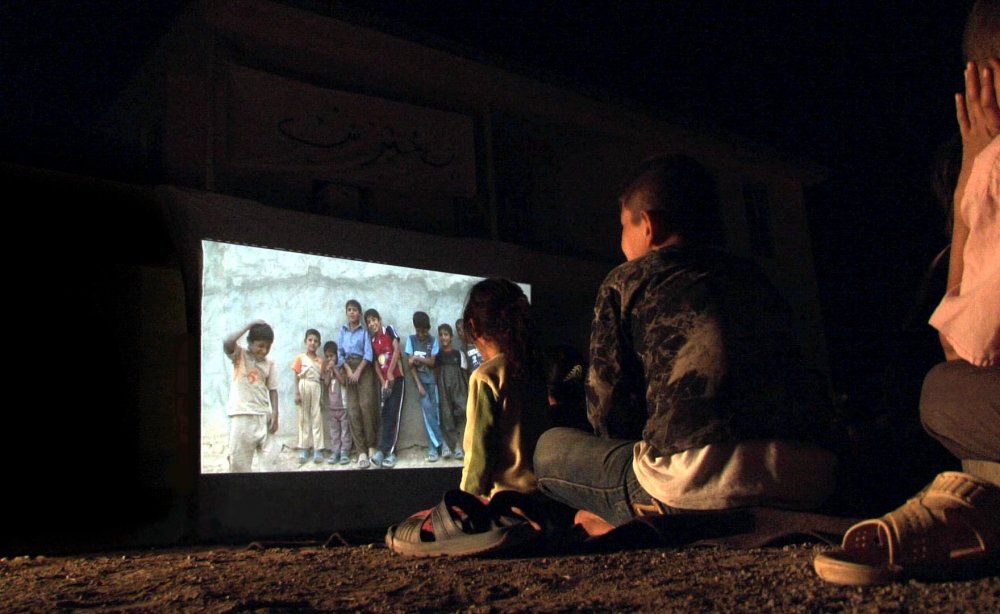 Kids in Goptapa watching themselves on screen

Next morning I went into the village. The kids were still buzzing. They loved the movies. They wanted to make movies. What about? A dog that eats a donkey, said one. Love, said a second. Lieutenant Mosin of the Ba’ath regime, said a third. The boy who said love, I noticed, had a gun in one hand and a bird in the other.

I gave out the cameras. Loads of kids wanted them. We couldn’t charge them fast enough. What came back? Lots of wobbly vision, of course, but heartbreaking interviews with old ladies talking about 3 May 1988, as if it was yesterday. And an exquisite little movie, as charming as the best Lumière films, that we called The Boy and the Mud.

I learnt a lot: that war co-habits with not-war. That a camera is an empathy machine. That I love being my own cinematographer – this is the first film in which I’ve worked that way. That films rub off on you – the last two I watched before I went away were Night of the Hunter (1955) and Au hasard Balthazar (1966), and I can see the thought of both in my little film.

Yilmaz Güney was a great Kurdish actor and director, and Bahman Ghobadi is a spinner of musical fables, so the talented kids I met have film-makers in the past and present to inspire them, and paths to walk. The Kurdish Regional Government has a film minister and budget to fund films.

They should give cameras to the Goptapa kids, for a thousand and one nights.