National Gallery review: Fred Wiseman behind the scenes at the museum

Mike Leigh’s Mr. Turner is not the only art movie by a master of cinema at this year’s Cannes. 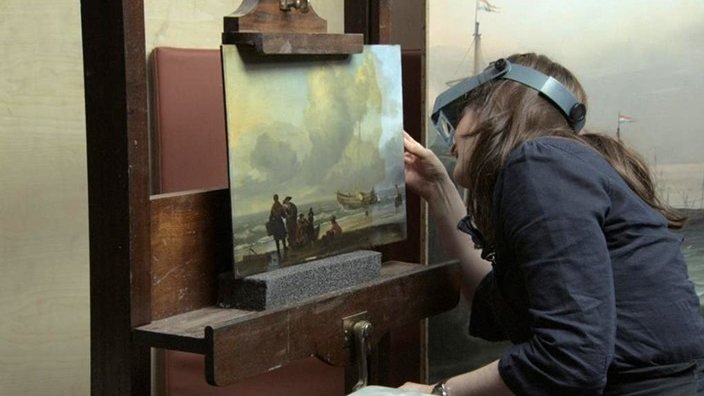 Most of Frederick Wiseman’s recent work has centred on institutions the 84-year-old documentarian clearly admires. Joining the roll call of Berkeley campus, a boxing gym in Texas and the Paris Opera Ballet comes London’s National Gallery, into which Wiseman clearly relishes delving. His three-hour portrait is not only an immersive behind-the-scenes tour, highlighting the unseen work behind the hangings, but also an essay on the art of visual storytelling.

Cannes is not a festival known for showcasing nonfiction (the occasional Michael Moore polemic notwithstanding), and Wiseman’s film played in the ‘independent-minded’ sidebar that is the Director’s Fortnight. But it would certainly have merited a Competition slot alongside another art-focused film there, Mike Leigh’s Mr. Turner (which Wiseman, in the Q&A after his film, said he very much enjoyed).

The National Gallery is not the largest museum by international standards (it has just 2,400 paintings in its collection); Wiseman said its intimate size was precisely what attracted him to it. He did initially approach New York’s Metropolitan Museum of Art, but the fees they quoted were prohibitive. Their loss.

As is his wont, Wiseman spent far longer editing the film than shooting it, and the 14 months of organising his footage must have required some sweeping choices. A comprehensive portrait of an entire institution this isn’t. The movie observes one discussion about government cuts and another concerning the museum’s association with other charities, and wanders around a private view (taking care to juxtapose waiters with air-kissing patrons) – but these moments aside, there’s little time devoted to the bureaucracy behind the exhibitions. We’re not privy to any debates about what exhibitions are put on or how, or what new works are to be acquired. Wiseman’s near-exclusive focus is on the paintings and how they are presented and interpreted to visitors.

Despite this the institution doesn’t go unchallenged. The ugly history of its beautiful collection is noted (the gallery was built on profits from insuring slaves), as are, in scenes of a Greenpeace protest against Shell, the problems it faces with corporate sponsors. The key subject that hovers over Wiseman’s film however is the task of reaching new audiences. Early on there’s a clash between the gallery’s director Nicholas Penny and its communications head over just this matter. It’s a question we’re left to muse on as Wiseman shows us animated, accessible curator talks for children and adults alike, but also a predominantly white, middle-class audience and staff. 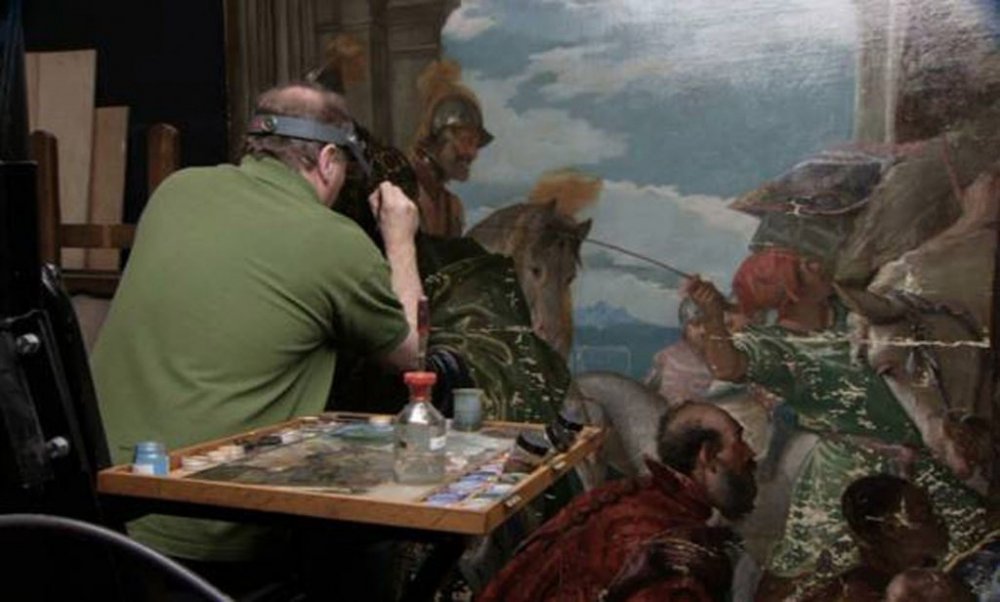 Some of the film’s most fascinating moments pay tribute to the gallery’s technical prowess and craftsmanship: employees intricately analysing and retouching an artist’s brushstrokes under the microscope, hand-chiselling huge, ornate frames and making minute alterations to gallery lighting. Interestingly, the private preservation scenes yield as much information as the public lectures that punctuate the film. As did Jem Cohen in his recent exploration of Vienna’s Kunsthistorisches Museum, Museum Hours, Wiseman draws our attention to the overlooked: the shadows in negative space that are fundamental to our reading of the painting; another (recycled) Rembrandt under the surface of his portrait of merchant Frederick Rihel which lay unnoticed for hundreds of years until technology allowed it to be spotted.

Amidst the humorous and insightful gallery talks, it’s noticeable that Wiseman is more taken with the older paintings in the collection, by masters such as Rembrandt, Velázquez, Rubens and Holbein. We get only a few glimpses of the Impressionists and no mention of one of the gallery’s most famous paintings, Van Gogh’s Sunflowers. Are they too decorous? Instead, amidst the flurry of painted 16th- and 17th-century faces that meet our gaze, Wiseman also isolates brutal spectacles – beheadings, spearings and lacerations – which recall the human violence in many of his previous investigations, from Law and Order (1969) and Meat (1976) to Boxing Gym (2010).

Despite his interest in the faces of visitors, we rarely hear them speak. It’s an obvious strategy on Wiseman’s part to keep the discussions largely one-way and to lead viewers deep into the act of reading a painting.

His films have regarded many of the institutions they survey as equally enabling and disabling for the people they interact with. By contrast, this film is an undoubtedly positive endorsement of the National Gallery as a place for learning and discovery, with curators often encouraging audiences to interpret work themselves, even if we don’t hear their reactions. “One of my colleagues tells me this is a murder scene,” says one curator to her audience, of a Holbein portrait of two aristocrats with a skull at their feet. Wiseman’s film marvels that these stories and visual feats are still fresh hundreds of years after they were created.

Related to National Gallery review: Fred Wiseman behind the scenes at the museum