A busy festival for meteorologists, documentarists and Joan Rivers fans. 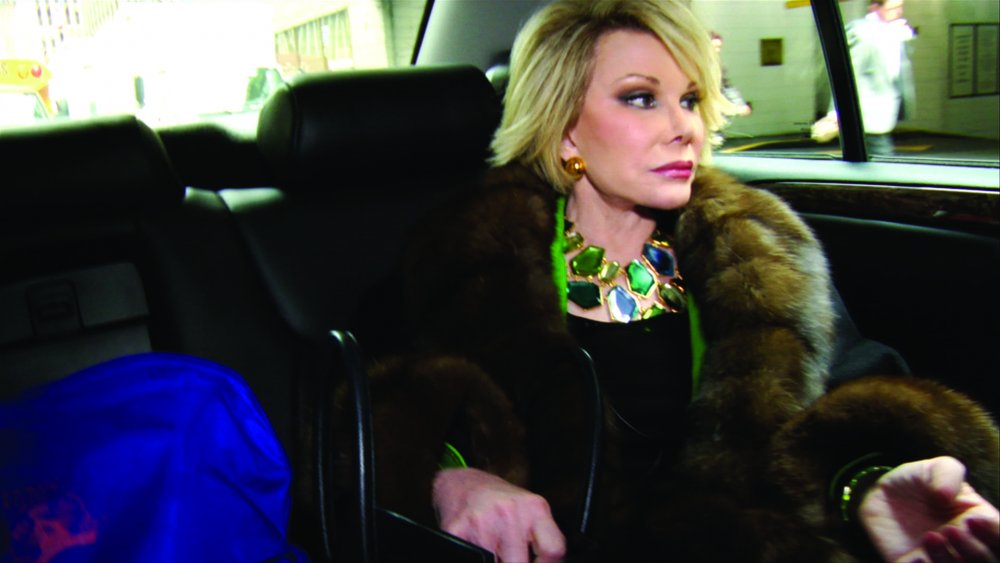 This year’s Sheffield Doc/Fest was the last to take place in November: the UK’s foremost documentary festival will, from 2011, be held in June. The move has many implications, notably releasing the event from the gravitational pull – and competition for films – of the other documentary festivals clustered around its November slot, especially Amsterdam’s IDFA. But on top of the strong, well-plotted strategic benefits of the calendar change, the shift to June will bring with it a hope of better weather. When I arrived on the second day of this five-day event, a chilly autumnal drizzle had settled over the city, and over the course of the next few hours the countless variations in wet weather brought to mind Forrest Gump’s astonishment at the different types of rainfall he’d experienced in Vietnam.

But documentary filmmakers are a hardy bunch, and it’s difficult to walk the short distance between the festival’s main venues – the city-centre multiplex Showroom and nearby university facilities – without running into one of them. In fact if you take into account the broadcasters, commissioning editors, sales agents, and other funders accompanying the many international documentary directors in attendance then Doc/Fest’s ratio of industry practitioners to public audiences is probably the highest of any UK festival.

The filmmakers are doubtless drawn to the various seminars, panel discussions and masterclasses that run alongside the film programme – in particular MeetMarket, a pitching forum that matched over 60 projects with potential funders. This year I skipped the event, partly because it offers little for the disinterested observer to see. In 2008 I sat in on some energetic producers pitching their projects to fairly implacable funders, and it felt like intruding on a speed-dating party.

The opportunity to meet people who could finance your documentary is, of course, one of Doc/Fest’s key attractions to filmmakers, but Sheffield’s small but expert team of organisers are smart enough to allow its delegates a break from all the networking. On Thursday night the festival hosted a roller disco for guests, and it’s unwise to attempt to impress commissioning editors with your latest idea when steadying yourself on wheeled footwear.

Staying clear of the industry events – and for that matter the roller skates – I instead focussed on the programme. The selection this year was superb, a judicious blend of world premieres (whose inclusion here should give IDFA pause for thought), some of the best international documentaries from the 2010 festival circuit, and previews of upcoming TV films (underlining documentary filmmakers’ continued reliance on broadcasters).

I wasn’t in Sheffield for the opening-night film, Joan Rivers: A Piece of Work, and especially regret missing the American comedian in person, her attendance lending the festival some uncharacteristic glamour. But the films I did see revealed a programme of robust consistency and formal innovation: notably Nostalgia for the Light, Patricio Guzmán’s haunting portrait of the Atacama desert in Chile; Adrei Ujica’s stunning archive-only essay The Autobiography of Nicolai Ceausescu; Nicolas Rincon Gille’s The Embrace of the River, a sombre and beautiful study of the communities living on the edge of Columbia’s Magdelena river; Morgan Matthews’ Scenes from a Teenage Killing, a harrowing account of the impact of a handful of teenage murders in the UK over the period of year; and Jeff Malmberg’s Marwencol, an affectionate tribute to outsider artist Mark Hogancamp. We will be running fuller reviews of these and many more films at Doc/Fest, IDFA and the season’s other autumn documentary festivals here online in the coming weeks.