Welcome to the Overnight: 48 hours at a cinephile retreat

To the Eastbourne esplanade, for film-watching boot camp. 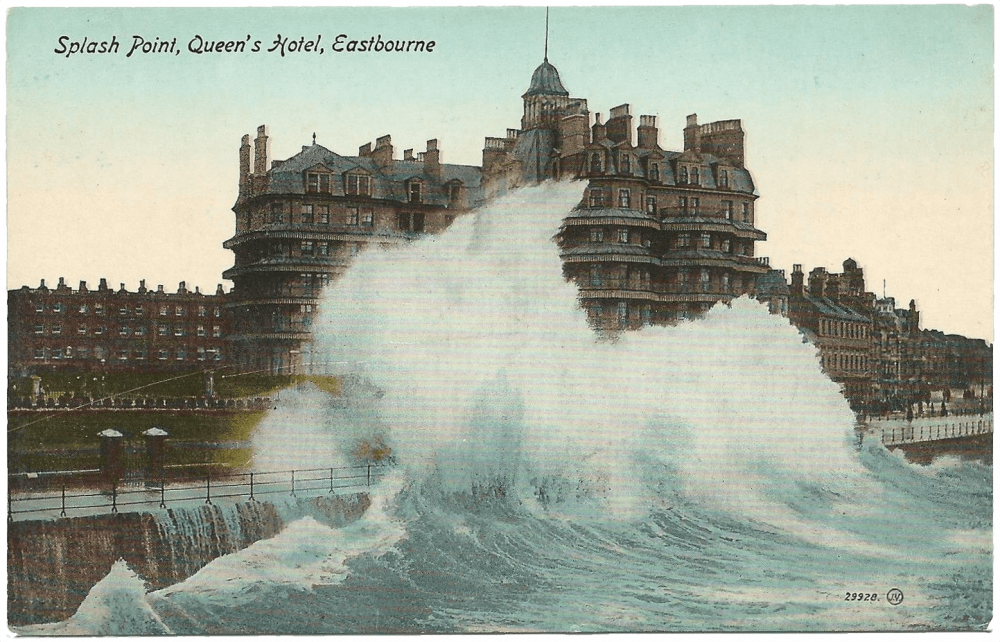 Now that so many films can be summoned in an instant by anyone with a broadband connection, the film industry’s traditional gatekeepers – exhibitors, critics and festival programmers – face an uncertain future. But as we move towards a more liberated, impulsive film culture, do we also become less daring in our viewing habits? Away from the codified world of the cinema, I’m certainly prone to choose the easy over the worthwhile: the last film I saw on the big screen was László Nemes’s infernal Holocaust drama Son of Saul; the last film I saw on Netflix was Johnny English.

Even the most hardened of cineastes still needs an occasional push in the right direction, or at least that’s the logic underpinning the Overnight Film Festival, which recently staged its first edition at a beachfront hotel in Eastbourne. Unlike most contemporary festivals, which emphasise choice in an attempt to keep pace with the outside world, Overnight promises attendees a weekend free from decision-making.

Though 11 films are shown over the course of the festival, they’re screened one by one in the same auditorium, meaning guests are encouraged to watch them all. Those who do are rewarded with an array of cinematic discoveries – and perhaps equally importantly, the bragging rights to each. One way to look at the festival is as a kind of cinephilia booster pack, familiarising guests with a key work of the Czech New Wave, Roger Ebert’s favourite film of 1997 and nine other arthouse oddities, all in the space of 48 hours.

The majority of Overnight’s films are selected by guest curators. This year’s line-up was all-female, a quietly bold gesture that echoed deep into the programme. Between them, academic Emma Dabiri, actor Ariane Labed and director Jenn Nkiru chose a selection of titles that stood as a firm rebuke to the default male whiteness of so much repertory cinema.

Sixty-four per cent of the festival’s films had at least one female director, while more than half of the feature-length selections focused on people of colour. Taking place the same weekend that Spotlight beat out The Revenant and The Big Short to win the Academy Award for Best Picture, here was a festival that included not a single film with a white man in the leading role.

Curators was given free rein over their choices, and each approached the task from a different angle. Jenn Nkiru grouped her selections around a theme – ‘Women, Magic, Mysticism & Film’ – though her first choice was a decidedly loose fit. Dee Rees’s 2011 Sundance award-winner Pariah is a refreshingly subversive spin on a familiar coming-of-age narrative, and its characters have a ring of truth all too often absent from American teen cinema, but if it explores mysticism it does so with near imperceptible subtlety. 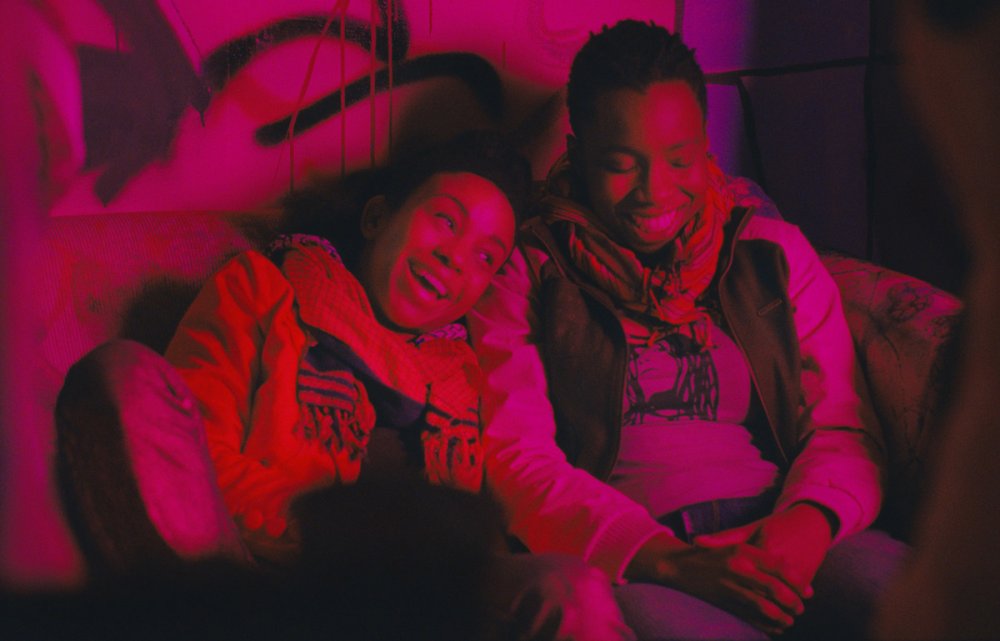 Nonetheless, Nkiru’s strand soon took spectacular flight with a richly textured double-bill of Maya Deren and Alexander Hammid’s 1943 surrealist short Meshes of the Afternoon and Kasi Lemmons’ unjustly forgotten 1997 drama Eve’s Bayou. Though the films occupy distinctly different worlds, both share a balmy, uncanny atmosphere that carried beyond their confines and out into a Saturday evening in Eastbourne, where 150 festival-goers sat transfixed in a marginally overheated hotel ballroom.

Nkiru’s fellow curators favoured a more personal approach, with Emma Dabiri singling out films in which she found herself most vividly represented, while Ariane Labed selected those that – for reasons too abstract to fully articulate – were “imprinted in [her] body and mind”. Both methods bore rich fruit, though they were at the mercy of some inexplicable scheduling decisions. Whereas Nkiru’s films were arranged across a single day, Dabiri and Labed’s were interspersed across the weekend, diluting any sense of curation and denying audience members the chance to identify each strand’s connecting threads.

Instead we were left to compare and contrast one curator’s choices with another’s, to occasionally detrimental effect. Pariah, for instance, had the misfortune to play immediately after Bad Hair, a superior 2013 Venezuelan drama that likewise centres around an adolescent whose burgeoning sexuality terrifies their unthinkingly bigoted mother. I can’t imagine the films have ever been compared before, but at Overnight their proximity made them seem close to identical, and reflected poorly on the film with the bad luck to come second. 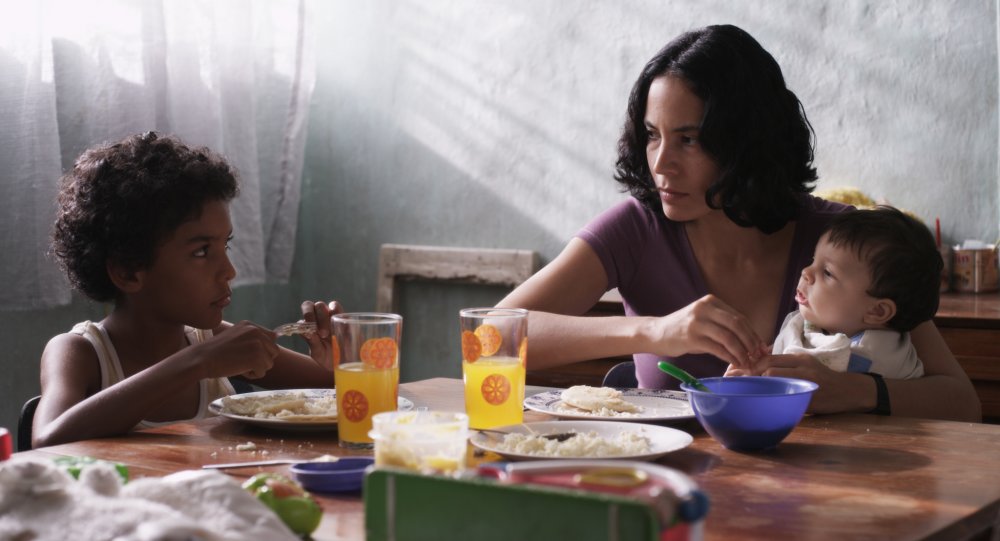 These hiccups are an inevitable part of any new festival, and it was hard to hold them against the organisers given the transparency on display throughout the event. Each curator was on hand to discuss their selections with the audience, and – in common with All Tomorrow’s Parties, the cult music festival from which Overnight clearly draws inspiration – they ate, slept and partied alongside us mere ticket-holders. Festival director Sam Cuthbert was an omnipresent figure for the duration of the weekend, and he relayed news of tense discussions with hotel staff over noise complaints as readily as he shared information about the day’s programme.

Cuthbert, whose role at the festival encompassed everything from introducing films to detonating glitter bombs at Saturday night’s karaoke party, was also keen to involve the audience in the festival’s tech set-up. The conditions of each screening were as much a part of the experience at Overnight as the content of the films themselves, especially at Nkiru’s triumphant double-bill, which boasted both 16mm and 35mm presentations. A projectionist by trade, Cuthbert was on duty throughout the night, performing reel changeovers with a small team of committed tech bods. The audience, clearly delighted by the tangible nature of it all, was enthralled. 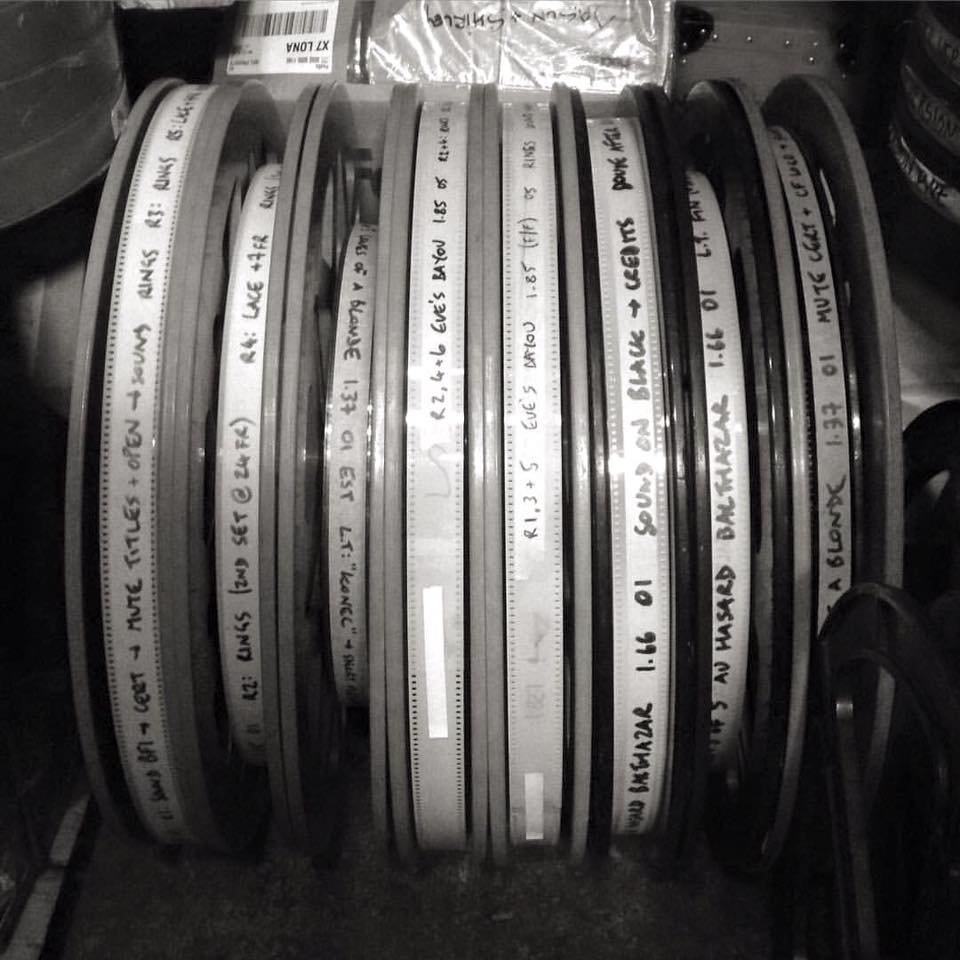 At times, things got all too tangible, at least for me. In the relatively small space of the hotel’s ballroom, some audience members were positioned just a few feet away from the projector, the whirring din of which threatening to drown out each film’s quieter moments. It’s hard to imagine how this issue might be overcome (the construction of a temporary projection booth would surely prove prohibitively expensive) but something will have to be done about the noise: by my second day spent arched forward in an effort to hear dialogue clearly, the nostalgic appeal of 35mm had entirely worn off.

One way or another, physical film will undoubtedly remain a part of what is – at heart – a repertory festival, and one whose selections are dictated by personal taste rather than current trends in cinephilia. One of the weekend’s most successful selections was Woman in the Dunes, Hiroshi Teshigahara’s 1964 avant-garde tale of an amateur entomologist mysteriously imprisoned in the depths of a sand quarry. Rarely screened in the UK, the film proved something of a revelation at Overnight, not least for its striking similarities to Kubrick’s The Shining, which followed 16 years later and seems to have employed Toru Takemitsu’s jarring atonal score and haunting images of cascading sand as a model for its own allegorical terrors. 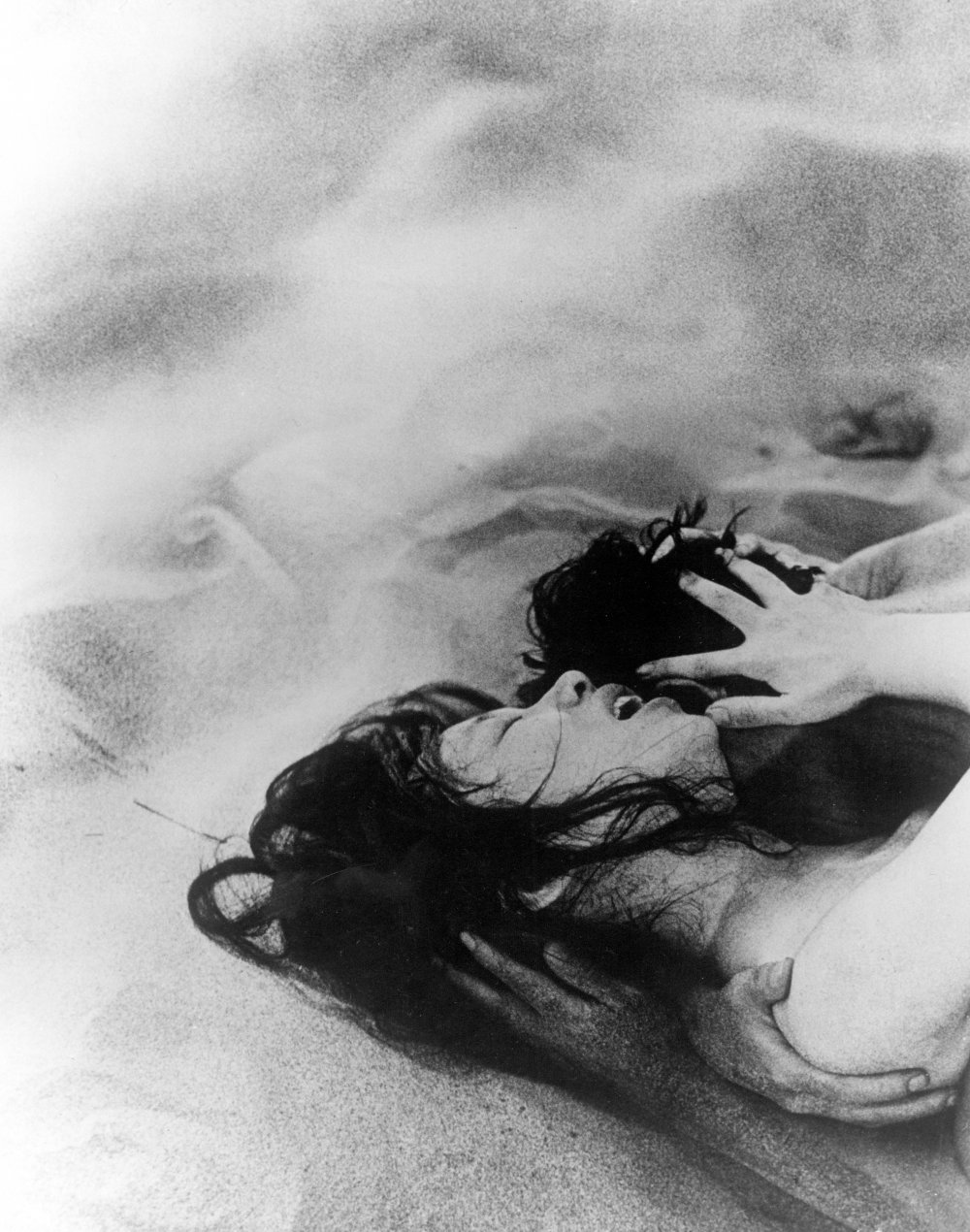 Time has been less kind to Terence Nance’s An Oversimplification of Her Beauty, though it was released just four years ago. A smart-alecky ode to unrequited love, the film must have seemed considerably cuter before the word ‘friendzone’ shed its Friends-era charm and instead became a byword for a certain kind of toxic male entitlement. Today, the sight of Nance awkwardly confronting his crush about her lack of reciprocal affection is more likely to inspire sympathy for her than empathy with him. Still, the film’s rollicking pace, freeform visual sensibility and enthralling use of redrafting as a propulsive narrative device are thrilling to behold – innovative tools used in the service of a retrograde exercise.

Receiving its UK premiere at Overnight – albeit for lack of prior interest – Wildwood, NJ is a film that lives and dies by the power of hindsight, having never been released at the time of its completion. A present-tense odyssey through East Coast boardwalk culture circa 1994, the film sat dormant until the 90s style resurgence prompted directors Carol Weaks Cassidy and Ruth Leitman to revive their creation for a contemporary audience. 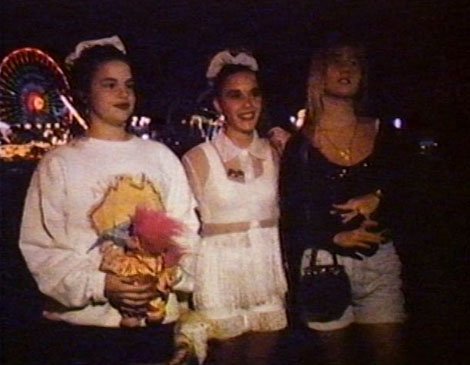 Twenty years after the fact, this energetic portrait of a seaside town – and the teenage girls who help it balloon to 50 times its usual population during the summer months – is a potent time capsule. To witness the film’s subjects race up and down the Wildwood shore in search of corporeal pleasures is to step into a world that still feels vivid and tactile, even if the icy Eastbourne beachfront that greeted us each time we left the hotel boasted considerably fewer scantily-clad adolescents than its New Jersey counterpart.

By design or good fortune, the winter seaside is an apt setting for the Overnight Film Festival – a netherworld between excess and modesty, joy and sadness, bedlam and solitude. Time seems to slow down in this hazy dream-space, throwing each of the festival’s screenings into sharp relief, just as an abstract photographic backdrop can bring a parade of small children into the fore of their own school portraits.

At the end of each evening, festival guests filed into the hotel’s lobby to find a seaside entertainer serenading another group booking: a busload of elderly visitors from Canvey Island. For the lack of any known universe that could contain both Barbara Loden’s blistering 1970 character study Wanda and semi-professional crooner Rick Bonner (labelled “Bublé meets Sinatra” by his own marketing blurb), we were forced to accept that we were now in an unknown realm, in which the normal rules did not apply and the worthwhile was – miraculously – made easy.

Related to Welcome to the Overnight: 48 hours at a cinephile retreat