An Oversimplification of Her Beauty review 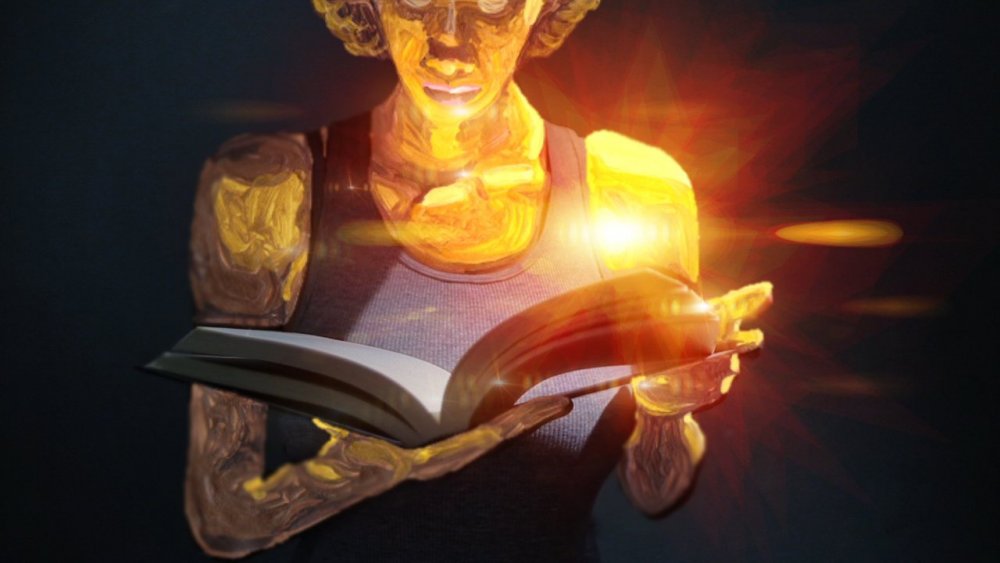 Frankly, it’s difficult to know where to begin when attempting to unravel the mysteries of Terence Nance’s unclassifiable debut feature, An Oversimplification of Her Beauty. Hyperbolic adjectives such as dizzying, effervescent, kaleidoscopic and exhilarating spring to mind but don’t adequately convey the craft and persistence that have gone into this confessional slice of (semi) nonfiction.

Broadly speaking, it’s about the vagaries of a romantic relationship seen from the point of view of its director/star, who plays a likely heightened version of himself (don’t we all when we’re looking to woo a partner?) and who winningly combines the silver-tongued charm of 17th-century metaphysical poet Andrew Marvell with the neuroses of Annie Hall-era Woody Allen and the raw-nerve open-heartedness of a Big Brother contestant in the diary room.

Six years in the making – and finally emerging in the UK two years after its debut at the Sundance festival – it’s a colourful, diaristic collage of documentary, direct address, fictionalised memory, animation and diverse musical choices. Clearly influenced by the structurally elastic, meta-yet-heartfelt films of Charlie Kaufman and Michel Gondry (2004’s Eternal Sunshine of the Spotless Mind in particular), An Oversimplification is nevertheless a sui generis work so intricate that it possesses a built-in replay value. The one thing it isn’t is oversimplified.

Yet it begins in straightforward enough fashion. A series of rhythmically edited handheld shots track the journey of a fashionable, impressively afro’d young man (Nance) from the New York subway system to his front door. The scene seems set for a low-key, observational drama about a striving urbanite, but the rug is pulled when the crisp digital image flickers with a conspicuously analogue fray, before pausing altogether.

This is the first of many playful formal tricks Nance will employ as he poetically reflects the complex essence of unrequited affection. A voiceover (delivered in honeyed deliquest by former The Wire star Reg E. Cathey) politely apologises for the interruption and explains that we’re not currently watching An Oversimplification of Her Beauty at all, but rather a short film entitled ‘How Would You Feel?’, made by Nance back in 2006. This film, we are told, will “examine how humans come to experience a singular emotion”. The emotion in question, we will soon discover, is love, and the object of Nance’s affection is his friend, collaborator and muse Namik Minter, with whom he shares an easy charisma but a vexingly complex relationship. 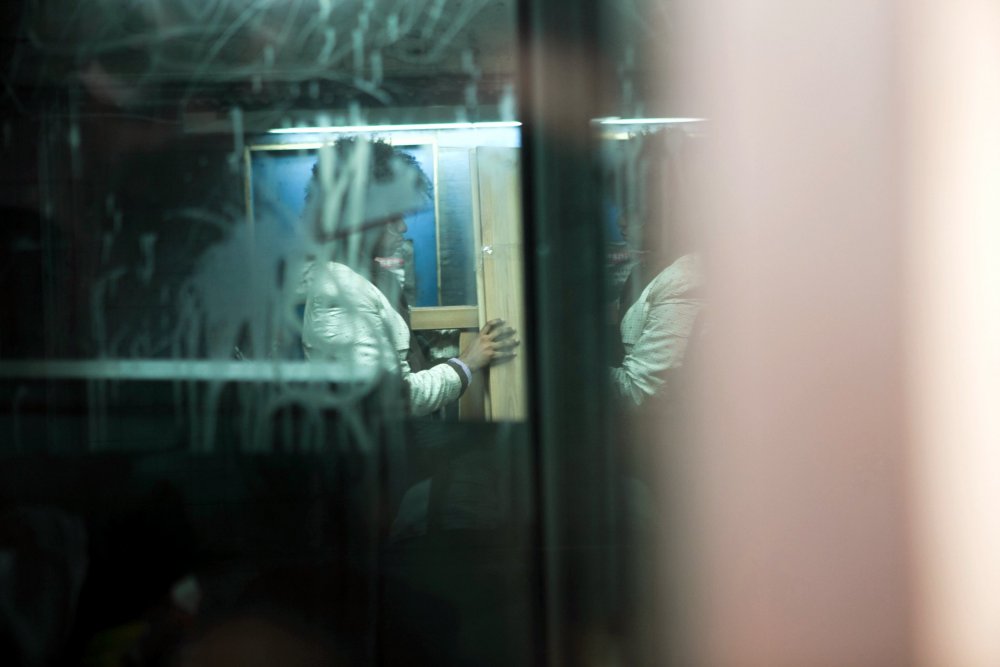 The ‘How Would You Feel?’ segment is a wonder of narrative elasticity, constantly folding in on itself to arrive at the same juncture: the posing of the eponymous question on the voiceover. Nance uses a second-person narration to offset the potential voyeurism of watching someone agonise over being stood up, and this helps to include viewers rather than alienate them.

The sequences from An Oversimplification of Her Beauty – so titled because Nance worries that he will reduce the complexity of his romantic interest in order to help himself forget her – offer Minter more of a platform (including a snippet of her own film). But Nance is under no illusion that this is a skewed portrait, referring to it as “one-sided non-fiction”. When Nance isn’t puzzling over Minter, he’s casting his mind back to loves lost, High Fidelity-style, but with the blokey, meat-and-potatoes lists of Nick Hornby’s universe superseded by sketches, doodles and photographs that morph into illustrated titles and trippy animations.

If such heightened self-referentiality sounds off-putting, it should be noted that Nance displays an uncanny ability to tiptoe to the precipice of maudlin solipsism and pull back thrillingly at the last moment with a rapier-like act of self-effacement, if not outright self-deprecation. It also helps that Nance is charismatic, photogenic and calm; one of the film’s consistent – if not necessarily intentional – sources of amusement is that the incessant flurry of creativity and self-doubt buzzing inside Nance’s head is offset by his languidly upbeat demeanour.

Consequently, the film is neither knuckle-suckingly excruciating to watch in the manner of Chris Witt’s tangentially similar A Complete History of My Sexual Failures (2008), nor overtly stressful like the claustrophobic self-excoriation of Jonathan Caouette’s influential Tarnation (2003). An Oversimplification is a joy because its creator’s romantic frailties are inextricably bound up with his restlessly creative art. Even when Nance’s words are morose, the pile-up of poetic, often hallucinatory images tell a contradictory tale: an animated tree blossoming into the shape of a beautiful woman’s face, a shot of the Brooklyn Bridge at dusk imperceptibly slowed down so that the passing sun-strafed clouds move to the rhythm of Nance’s voice. The images, and their rapidly changing forms, have a teasingly tactile quality, begging us to unpack and interpret them. 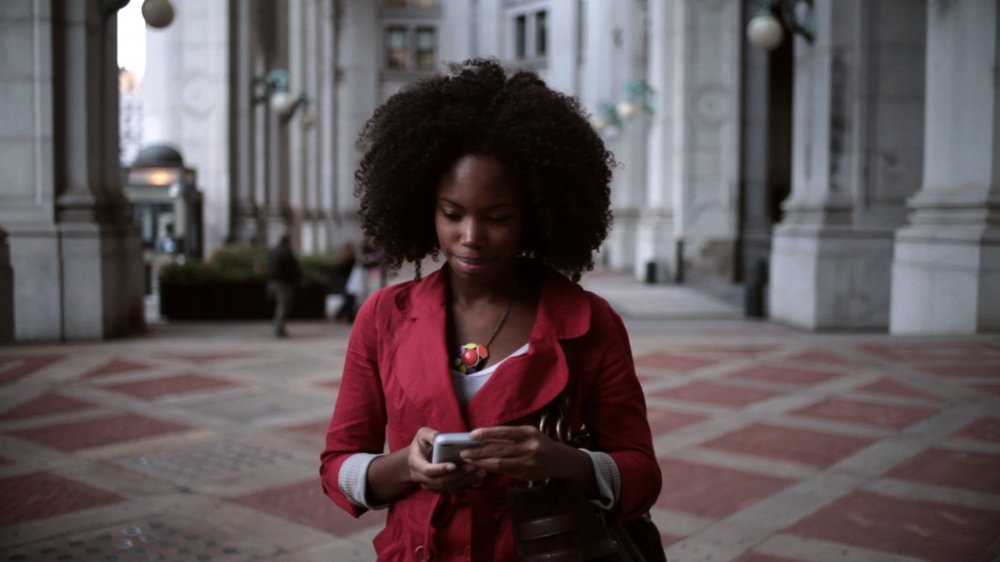 Nance’s film also offers a smart, playful peek into how the challenges of romantic communication have metastasised along with the rapid growth of technology. There’s a lovely blink-and-you’ll-miss-it moment when Minter, in one of the film’s more obviously fictionalised passages, pauses to send a text message to Nance – one that will ultimately cause him no end of emotional confusion. The camera peeks over her shoulder as she signs off the message “I think I love you” – first with a comma as though she has more to say, then changing her mind and adding a full-stop. Finally, however, she goes with a question mark.

What’s the difference? Is there one? Why did it her take so long to decide? (Incidentally, there’s a very similar moment in Andrew Haigh’s Weekend, an equally tactile and perceptive film about fleeting love.)

Elsewhere, An Oversimplification of Her Beauty doesn’t make an explicit theme of ‘blackness’, so to speak, but is nevertheless refreshing for its cultural specificity. In one of the funniest moments, Nance laments his poor punctuality, and claims that he runs on “Afrocentric time”; this wry observation is matched with a hilarious hospital-set animation of Nance point-blank refusing to emerge from his mother’s womb. 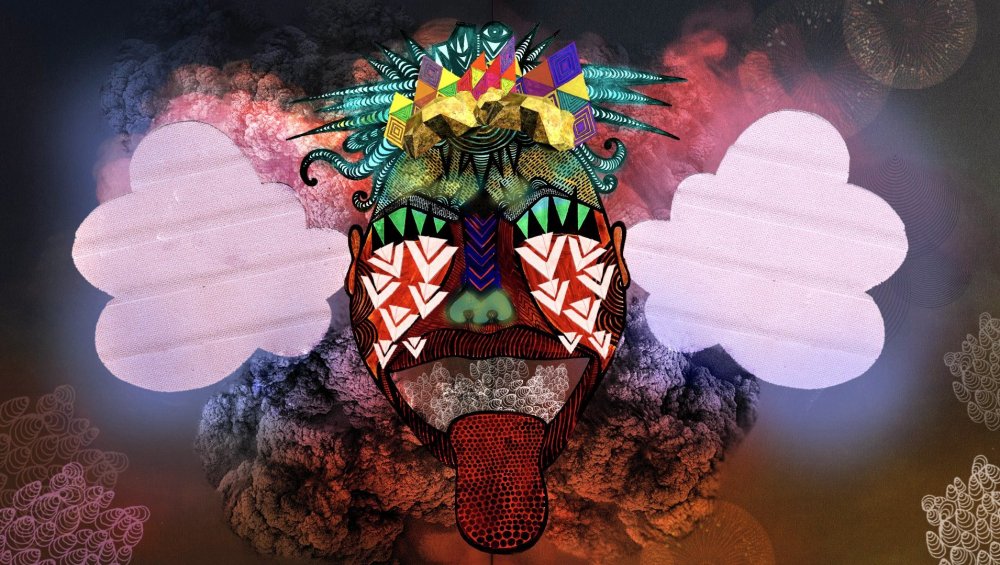 An Oversimplification of Her Beauty is also plugged into a lineage of black-authored art cinema, from William Greaves’s playfully countercultural meta-vérités Symbiopsychotaxiplasm: Take One (1968) and Symbiopsychotaxiplasm Take 2½ (2005) to Wendell B. Harris’s tonally darker Chameleon Street (1989), with which it shares a relentlessly verbose – though never alienating – voiceover and an omnipresent sense of its author’s intelligence.

Yet perhaps most of all it recalls Spike Lee’s She’s Gotta Have It (1986), which made an impression not just because it was funny and formally adventurous but because it focused on a topic hitherto woefully under-represented in cinematic terms: romantic relationships between young creative black Americans (for contrast, consider the geyser of low-budget indies in the past decade to focus on the emotional tangles of wan, pasty dreamers).

Lee was never so playful as in his debut, and save for a few little-seen exceptions along the way (including Barry Jenkins’s 2008 sober drama Medicine for Melancholy, as yet unreleased in the UK) the subject has remained more or less untouched. As such, Nance’s film feels like a long-overdue and utterly thrilling grasping of the nettle. It will be fascinating to see where this evidently talented, multifaceted artist goes next.

Related to An Oversimplification of Her Beauty review