From the open-cast mines to the ghost cities beyond: “a portrait of modern-day China built from the blood and sweat of its proletariat class”. 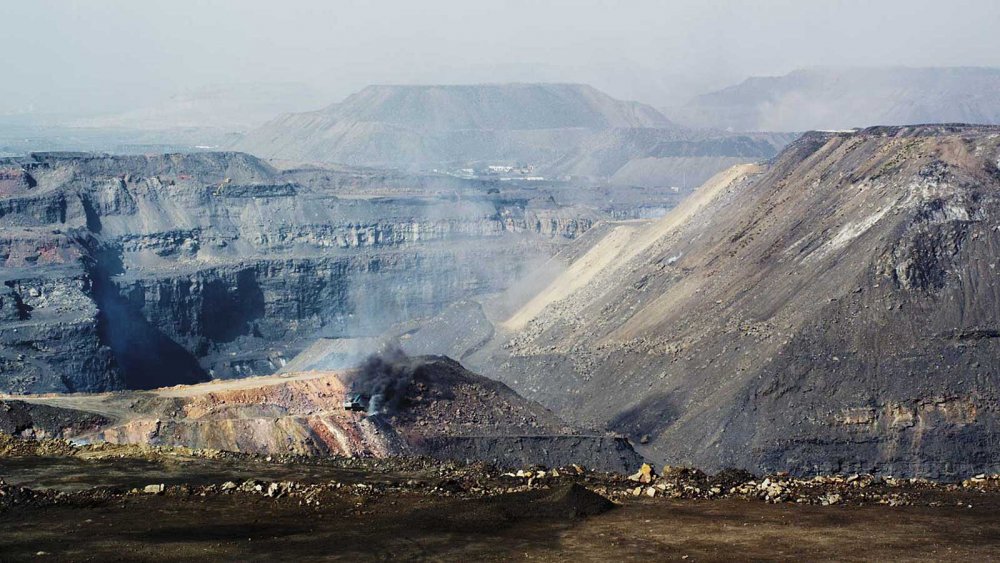 Zhao Liang’s Behemoth is many things all at once: an observational documentary, an experimental ethnography, an existential essay. More simply, it’s a portrait of modern-day China built from the blood and sweat of its proletariat class. Zhao, who’s been making politically-minded nonfiction films in various of these modes for over a decade, has with his latest attempted a kind of synthesis that, while occasionally straining under the sheer breadth of the endeavour, represents an ambitious bid at engaging the visceral potential of the cinema as a means of articulation for an otherwise silenced majority.

UK premiere 26 April 2016 in the Frames of Representation festival

Behemoth opens with a wide shot of an excavation site in Inner Mongolia, which is quickly disrupted by a series of detonations and alternating angles bringing us incrementally closer to ground level and into the throes of the destruction. Much of the film is set in and around these sites, which we soon learn are but a sampling of the region’s many coal and iron mines employing an untold number of Chinese labourers. In these scenes Zhao and his camera take on the role of observer, indexing the various labour-intensive activities that comprise the vocational life of the miner. Caravans are deployed, dirt is shovelled, hills are razed, foundations are bulldozed and solids are melted into pools of cascading lava – all in the name of exhuming natural resources. 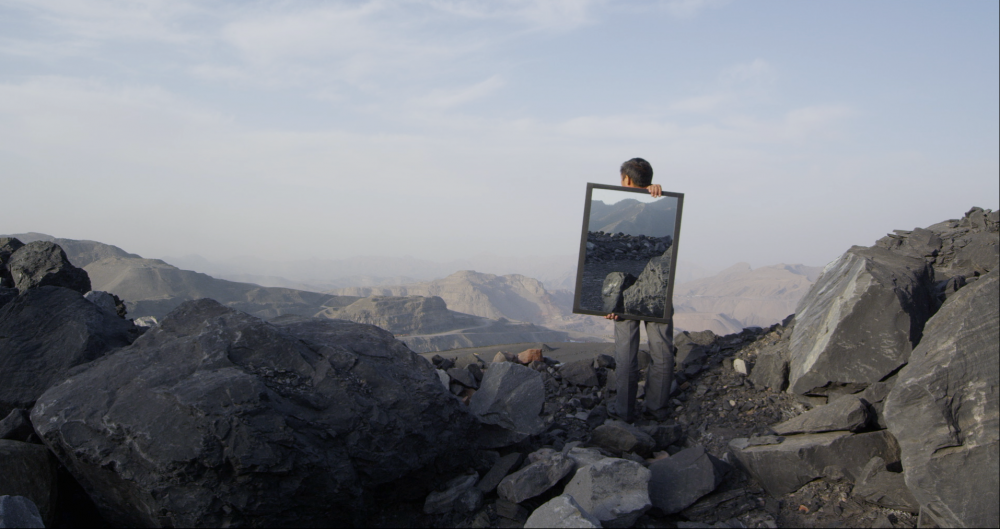 Zhao shoots these sequences with a pictorial eye, in vivid high-definition hues and expansive widescreen tableaux, locating a kind of baroque beauty in the arid landscapes and the fiery bowels of the mine shafts. While largely static, his compositions at times bring the action into such proximity that the images often forge an abstract field of vision, reducing the viewer’s sense of space even as the unremitting visual and aural commotion reiterate the grand upheaval transpiring just outside the frame. It’s an aesthetic tact one may associate with Harvard’s Sensory Ethnography Lab (which has given us such films as Leviathan and Manakamana), but in its attention to the detail, repetition and physical immensity of the project is more akin to something like Workingman’s Death, the late Michael Glawogger’s similarly comprehensive, cross-continental chronicle of extreme labour conditions.

Buttressing these scenes of fairly straightforward documentation are a handful of vaguely surreal passages in which a nude man lies motionless amidst the various landscapes as voiceover rumination and onscreen text offer insights of spiritual as well as mortal portent (a second man, carrying a mirror on his back, can also be seen traversing these spaces, acting as a kind of surrogate tour guide). How these impressionistic moments are meant to correlate with the elemental intrigue of the labour sequences is initially unclear, but as the film proceeds away from the iron mines and toward a horizon of eerily unpopulated metropolises, Zhao’s greater subject emerges with brute impact. Often referred to as ‘ghost cities’, these fully functional, facelessly modern municipalities were erected during a surge of post-millennial Chinese industrialisation, but today stand as vacant symbols of the country’s overambitious and ultimately misguided rehabilitation project. 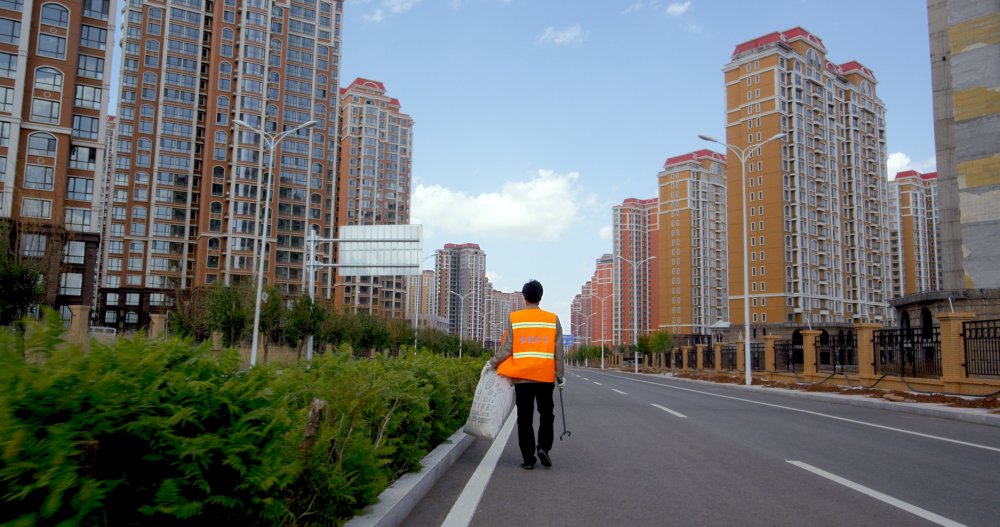 Zhao claims to taken thematic as well as structural inspiration for Behemoth from The Divine Comedy (indeed, much of the text is adapted straight from the source), and in its best moments the film potently conveys the hellacious conditions of the mines, as well as the purgatorial nature of the so-called ghost cities, in a manner in which Dante might indeed appreciate. Such lofty allusions are certainly nothing new for the director – who once unsubtly (but not inaccurately) titled a film Crime and Punishment – but Behemoth weds its political and cultural concerns to a formal infrastructure of such magnitude that it’s difficult to remain unimpressed. There’s an undeniable anger permeating the film, and Zhao has no qualms expressing it.