Uncertain countries: rethinking the landscape film at Frames of Representation 2018

From Khalik Allah’s Jamaican reverie Black Mother to Salomé Lamas’s Transnistrian wander Extinction, this year’s festival of cinematic nonfiction at the ICA probes the theme of ‘landscape’ – less as a discipline than a metaphor for the ways we build our worldview. 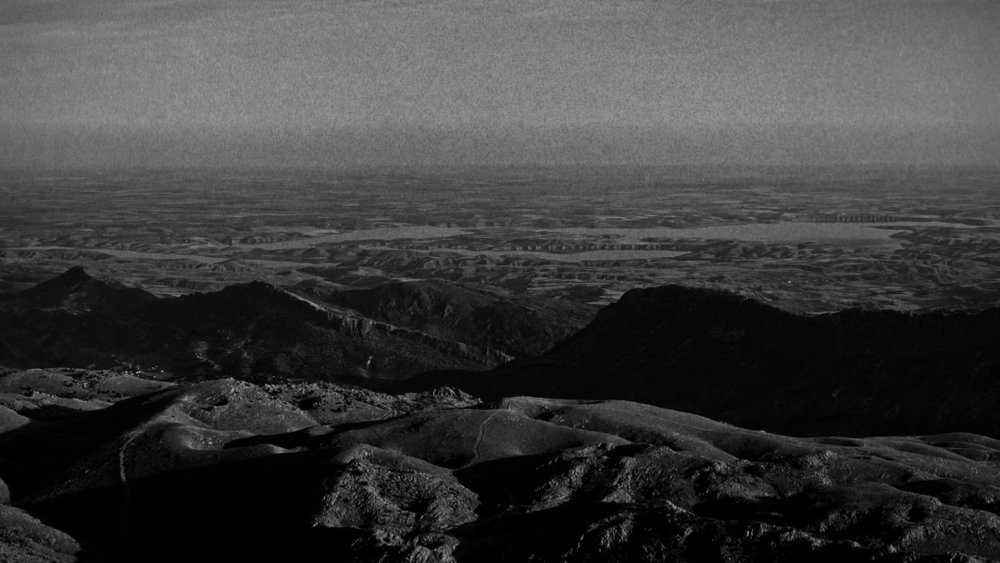 The term ‘landscape film’ might immediately conjure visions in our heads of spatio-political commentary through protracted, static images of rural or urban spaces. We might, understandably, think of the work of James Benning, for instance.

The third Frames of Representation festival runs 20-28 April 2018 at the ICA Cinema, London.

In the current century, this nonfiction sub-genre has proved fertile ground for creative filmmakers to explore divergent forms and subjects such as ecology, labour, transience, history or sexuality. In his seminal 1925 essay The Morphology of Landscape, American geographer Carl O. Sauer defined the term ‘landscape’ as “an area made up of a distinct association of forms, both physical and cultural”. This definition refers not only to our observable material surroundings, but a dynamic and shifting field of experience in which landscapes ontological, philosophical and political inform and determine our worldview.

In the latest edition of the Frames of Representation film festival – which runs at the Institute of Contemporary Art in London until 28 April – the governing theme of ‘landscape’ utilises the malleability and ambiguity of this definition. What is particularly striking among many of the films comprising the festival’s largest ever programme are the different ways of constructing topographies, used both by filmmakers and their subjects. 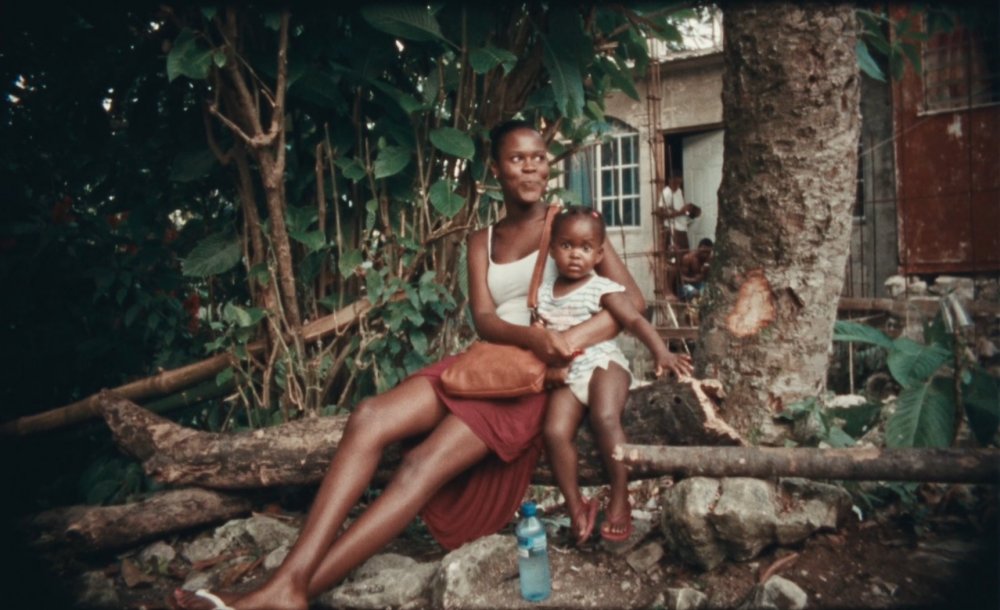 The festival is topped and tailed by films that survey two Caribbean countries: Jamaica in the opening film, Khalik Allah’s Black Mother; the Dominican Republic in Nelson Carlo De Los Santos Arias’s Cocote, which closes the festival. The films have similarities outside of their geographic proximity; they are both compiled from a variety of image stocks, they both weave the metaphysical into the social, and they’re connected by an ostensible homecoming at their centre, but they otherwise adopt different means to craft something approaching national examination.

In the case of Khalik Allah, he has refined and expanded on the stylistic considerations of his blistering 2015 debut Field Niggas. That film used dislocated sound and hallucinatory visuals to chart nocturnal life on an infamous street corner in Harlem.

Black Mother sees Allah venturing to the sun-kissed country of his mother’s birth. Once again he uses sound as a complement and counterpoint to his own expressive roving imagery which blends portraiture with observation, celluloid with video, original footage with archival material. This is pure ‘overtonal montage’, as Eisenstein would describe it. He uses it to cultivate an association, which is also reflected in the film’s title, between motherhood and nationhood (the film also follows a loose structure of the three trimesters of pregnancy and references are made to the island’s life-giving water). This connection transmutes the space between the personal and the societal. The palimpsest of voices discussing history, politics, gender, race and religion becomes Allah’s unique landscape. This is not so much Jamaica through its people but Jamaica as its people.

The underlying joy of Allah’s vision is cast into sharp relief against the pervasive violence of Cocote. The title translates as ‘neck’, which may seem innocuous but this is a specific Dominican Spanish form of the word. It refers to a vulnerable neck ripe for cutting or snapping – that of a chicken, perhaps.

Such occurrences serve to unnerve in this fictionalised ethnography about an evangelical Christian, Alberto (Vincente Santos), returning to his family home to bury his father. The premise has shades of Krzysztof Zanussi’s off-kilter haunted house film Family Life, about a man forced to confront the past he has fled. The film’s thick atmosphere, courtesy of Nahuel Palenque’s enveloping sound design and Roman Kasseroller’s liminal compositions, recalls the all-consuming milieu of Shirley Jackson’s The Haunting of Hill House. Together with recurring archived clips that speak to a rooted animism in the culture, the aesthetic choices achieve a similar but different effect to Black Mother, tying the people and the land together. The physical surroundings seem to writhe beneath characters feet and force their way into the frame. Tradition, obligation, and superstition – often represented by feverish mourning rituals – are amplified by, or the product of, an almost oppressive landscape, vibrant but steeped in old violence.

Violence is, in fact, an element that emerges to a greater or lesser degree in a number of films in the programme – from the action itself, to its malignant threat, to its sobering memory. In Toia Bonino’s Orione it is the recollection by a mother of her dead son that provides a throughline for the director to explore the housing estate of Don Orione in the city of Claypole, Argentina. Similar in its ranging exploration of space to Black Mother, it crafts an impression of this places through fragmentary experience – though it is a less poetic, and a more rigorously ethnographic, study.

Much of the film focuses on Ana Robles – the mother of the deceased Alejandro – as she relates her son’s story while methodically making a birthday cake. As the story unfolds, Bonino’s camera observes various other people and places in the locale, not explicitly connected to Ana or Alejandro’s life, but whose experience shares commonalities with their own. In the summation of these fragments, a portrait of Orione coalesces. The fact that Ana is baking a cake in the shape of a football pitch – that she is literally creating a landscape to be shared by the players – is perhaps a wry observation that only jumps out when framed by a festival like this one.

As with Orione a lost son also provides a focal point in Alexander Abaturov’s The Son, one of several films in the programme that broach ideas of borders, statehood and thorny issues of national identity. Abaturov explores the individual price paid in the name of communal security. The Son juxtaposes the daily life of recruits to the special forces of the Russian army, the Spetsnaz, with a family processing the loss of their son (and the director’s cousin) Dima, who died in combat. Abaturov’s aim seems to be to explore the impact of individuals within units (military, familial) that are traditionally considered in their collective forms. Although he is determined in his observation to avoid moralising or propagandising, in concert with other films in the programme it is impossible to ignore the patriotic pledges and the potential sacrifices being offered up for the homeland.

Critique is more clearly on the mind of Chinese artist Xu Bing, who merges high concept with social commentary in his ambitious if problematic first feature film Dragonfly Eyes. Reminiscent of Dean Fleischer-Camp’s 2016 film Fraud, it’s a fictional narrative that Xu has crafted out of publicly available documentary material: where Fleischer-Camp highlighted the abandon with which we self-record by plundering a family’s YouTube videos to subvert the American Dream, Xu does the same with the surveillance state. He has amassed footage available online from cameras across China, with acted dialogue inserted into the soundtrack as if being overheard.

The story he chooses to tell is actually pretty wild: a tale of plastic surgery and shifting identity that could sit alongside Georges Franju’s Eyes Without a Face or Hiroshi Teshigahara’s The Face of Another. It probes at questions around the treatment of workers, ubiquitous media and the clamour for popularity while offering inherent challenges to the legitimacy of surveillance (like Fraud’s underlying challenge to the veracity of documentary truth).

This is a particularly knotty area given the distressing nature of some of the included footage, which raises ethical questions about the exploitation of tragedy by the film itself. In formal terms, though, Dragonfly Eyes offers a fascinating compilation of images that make for a disrupted, but still cogent, digital topography of modern industrialised China – all the while faced with unease at the existence of such extensive footage, the value of such material, and the governmental landscapes that lead to its collection.

Gürcan Keltek’s Meteors provides an interesting counterpoint. Media coverage and official reporting were conspicuously absent when a two-and-a-half year ceasefire ended in 2015 and the Turkish military undertook violent repression of Kurdish villages in response to the agitation of the PKK (Kurdistan Workers’ Party). Unable to gather his own material to begin with, the director turned to videos available online, filmed by local people to document events. Like Xu, Keltek uses this found footage to create a patchwork landscape – indeed, much of Meteors is more traditionally geographical than Dragonfly Eyes, largely due to people filming military action and bombings from a safe distance. Co-opting internet uploads, foreign news reports and sometimes CCTV, Keltek drains the colour from all the imagery, creating a sense of visual cohesion between these disparate records. This gives an immediately unifying sense to this collage of place and a memorial hue to the devastating histories visited upon it.

As with Xu, Keltek also introduces a performative element to crystallise his political message. Actress Ebru Ojen provides an essayistic voiceover describing the region and the realities of life there: “What I hear now is war.” Last year, Frames of Representation screened another film about the guerrilla insurgency of the PKK, Gûlistan, Land of Roses, which followed a unit of female resistance fighters. Keltek is also interested in those marginalised in dialogues about military action, choosing to focus on women and children whose lives have been ravaged by war. This complements his central aim in Meteors, reconstruction. Like Rithy Panh’s figurine representations of the atrocities under the Khmer Rouge is his brilliant The Missing Picture, Meteors charts the inexplicably invisible war-torn landscapes of south-eastern Turkey.

The non-recognised state of Transnistria (considered by the international community to be a territory of Moldova) is another area with a historical independence conflict at its heart. The porous nature of contested borders proves the perfect subject for Salomé Lamas’s probing new monochrome essay film Extinction.

Ostensibly an experimental road movie following a young Transnistrian named Kolja as he prods at the boundaries of this self-declared landscape, this is a meditation on the fragility of nationhood, the search for identity in a world that does not recognise you, and the post-Soviet morass. Kolya approaches checkpoints between states, speaks to people about the recent history of the region, and visits imposing Soviet architecture. Some conversations occur on-screen and in their staging suggest the invocation of local spirits for advice. Others are offered as contrapuntal audio in a constantly shifting soundscape. In some moments the screen goes blue and audio plays with no accompanying image. It’s an interesting technique that allows breathing space for the viewer to consider more acutely what they are hearing. It also recalls the suggestion of author Rebecca Solnit in A Field Guide for Getting Lost that “blue is the colour of longing for the distances you never arrive in, for the blue world.” The blue world of an independent Transnistria.

This melancholy also pervades the images of Soviet monuments, shot in stunning high contrast. Their longevity is their most striking aspect, but they also seem to convey the lingering sense that they might subside back into the land. If Lamas’s foray into an uncertain country has a role to play in the overall programme at this year’s Frames of Representation, it’s perhaps a powerful reminder that all the landscapes we experience are constructed to some extent, and of just how precarious these constructions can be.