Salomé Lamas on her threshold foray Extinction: “I can’t tell apart my life from filmmaking”

The Portuguese filmmaker travelled to the disputed territory of Transnistria in eastern Europe to make a film that questions the veracity of borders between fiction and documentary. She talks about her work and her ‘parafictions’. 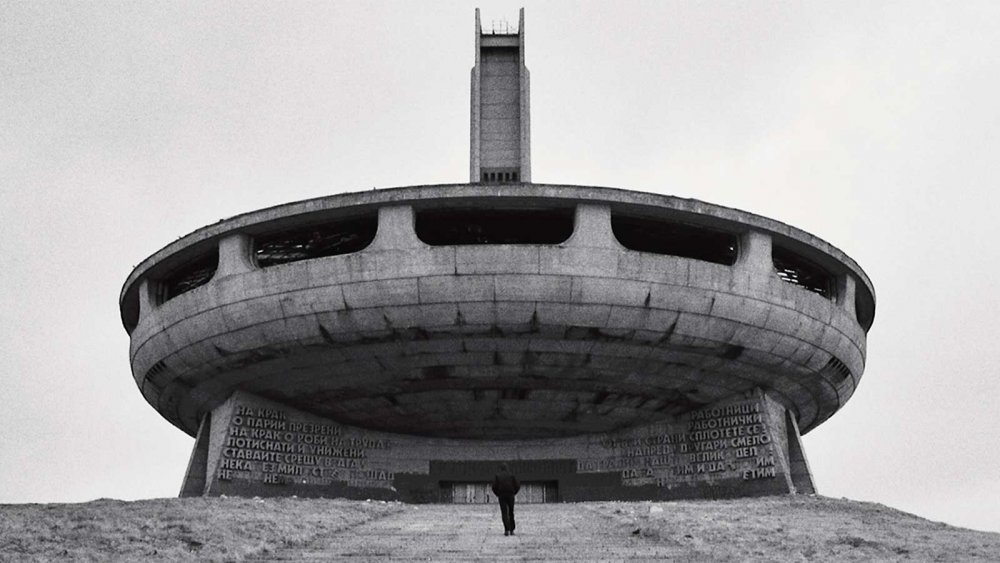 A Soviet-era monument in the self-proclaimed republic of Transnistria, in Extinction

Portuguese filmmaker Salomé Lamas may only be in her early thirties but she already has a remarkable trove of written and visual works to her name. Her portfolio ostensibly inhabits the realm of nonfiction but her interests lie in teasing the tensions of its very definition. She refers to her own work as ‘parafictions’, attempting to combine form and content in a way that treads new ground rather than just re-working conventional modalities of fiction and documentary. “The equation of Visible = Real = Truth is no longer applicable,” she states in Parafictions, a 2016 collection of her writing, “other tricks have been put into practice.” 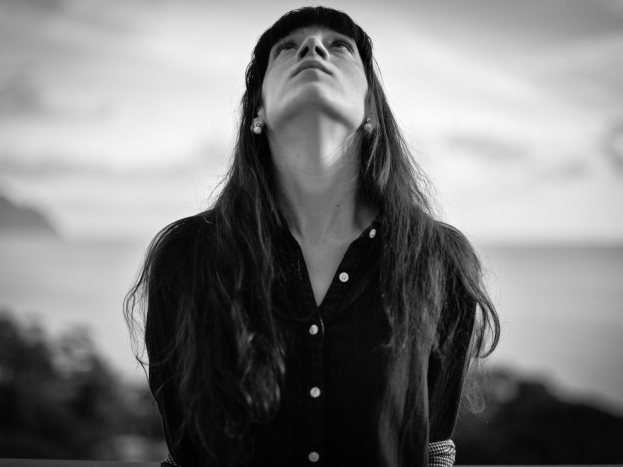 In the same book Lamas refers to her most recent feature film as “appropriating for itself the semantics of both documentary and fiction”. Extinction (2018) is an essay film, a hybrid documentary and a road movie that travels the borders of the unrecognised state of Transnistria, combining dialogues and landscapes to explore the effects of a shifting eastern European geography referred to as ‘Stalin’s chessboard’. I sat down with Salomé when she was in London for the film’s UK premiere at the Frames of Representation film festival to discuss the film and her wider practice.

Your last film, Eldorado XXI, saw you depicting the conditions in a mining town high in the Peruvian Andes. How did you come to make a film about Transnistria?

The way it started was basically because I was doing a residency in Berlin in 2013 at the DAAD [the German Academic Exchange] and there was €5,000 if I was just to deliver a single page. I could have shipped it in and done something in Germany or whatever but instead what I did was say: “Hey, there’s €5,000 – who wants to sign up to go to Transnistria?” I was totally clueless if we were able even to cross the border but I gathered a couple of people that were willing to come and we went there for the first time.

All I knew was facts and figures that I collected from the web. I got a couple of reportages, imagery, and I said “I want to go there” in a very selfish way, you know? This is how all the projects start. They start with the very childish impulse of going to places that I would say are places of ‘nowhereness’; places that are hard to describe, that are neither one thing nor the other.

I’m interested in looking for an active viewer. It’s never about the thesis, or making a statement – it’s always about asking questions. Usually themes develop this way, or the aims – or whatever I’m thinking – is always bigger than myself and bigger than my characters.

Transnistria just had all the assets to make it very seductive. So it starts with this impulse. That’s also linked with my perspective on filmmaking, my personality, and a kind of a very rough methodology. 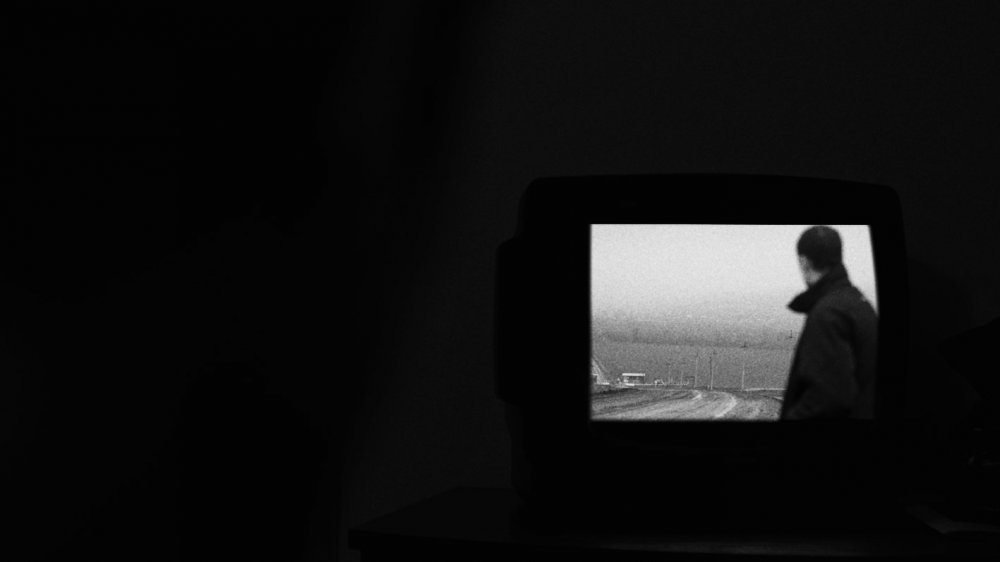 What do you mean by your perspective on filmmaking?

So, I can’t really tell apart my life from filmmaking, that’s the way I go. These are just ways to collect experiences. It’s not that I’m heading any place in particular – I’m there for the ride, for the path. That’s linked with the impossibility of finalising any piece, you know?

But I’m in opposition to being someone that keeps things in the drawer, or says it’s never done, it’s never finished, because filmmaking involves big budgets and responsibilities and investors. So it starts with that childish impulse but then the project is built and there’s a cinematographer, a treatment, and I have to convince a whole lot of people to back a project. And when I say it’s impossible to ever finalise something I mean because I’m never totally satisfied but I can close a project relying on there being a new project coming.

And I guess the knowledge there are other people involved helps with that.

Exactly. There are people expecting it, or I have the editor for only this number of weeks. So that’s how I manage the time.

And the same goes for the shoot. When I talk about this very rough methodology it’s because, again, I rely a lot on this first impulse, I rely a lot on the clash between myself and this reality that is very unknown to me, which creates a mutual discomfort that generates friction that then may generate action of some kind. Sometimes it’s really just a matter of taking one step to the side to make it trigger something else. Sometimes it’s just a moment that I can’t really describe but it’s magical – and that for me is the thrill of filmmaking.

But it’s a paradox because on some level you’re relying on something that you can’t really communicate to the people you’re working with, but everyone must understand what they have to do the next day. So it doesn’t mean that there are no call sheets, or that they’re not feeling the usual workflow of production, but sometimes it’s very hard. I have to be a very good liar! 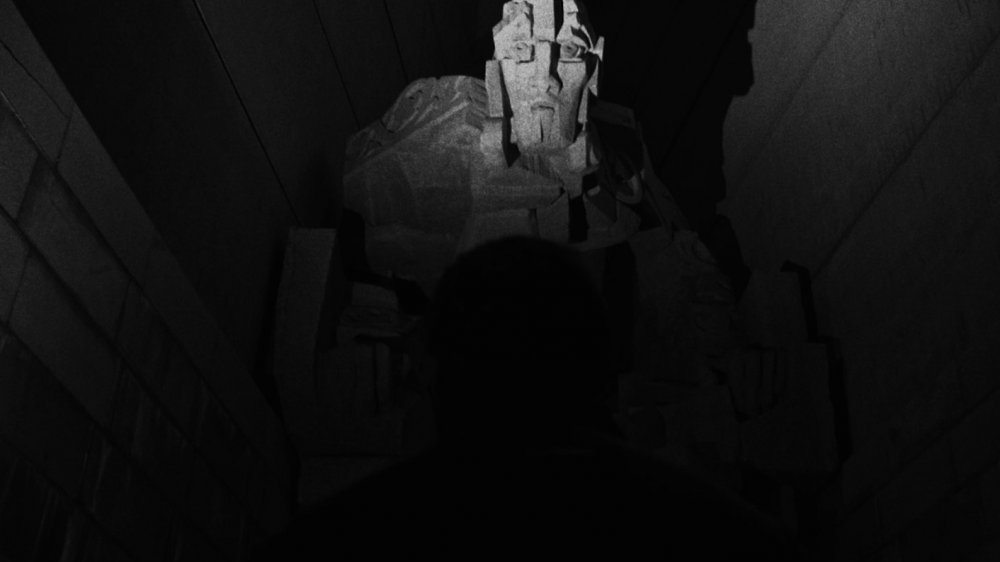 So the structure of Extinction is quite complex with various different modes and threads interweaving to craft a whole vision. Did this coalesce throughout the process or was there a plan in place quite early on?

After the first visit, the idea when I returned to Transnistria was a bit to have the structure that we have now but I was also open to doing more documentary – Direct Cinema fashion. Those style pieces would alternate with these more fictional, choreographed scenes. But the thing was that these were not so different. The fiction wasn’t precisely as stiff as I wanted it to be, so then to mix the material wasn’t enough to create that difference and friction.

So did you shoot lots of straight documentary?

I have a lot of hours of documentary material but it’s very fragile as well – almost in an ethical way. You know, most of the people in front of the camera are drunk and it’s something I couldn’t really avoid because it’s part of the culture, but if you put it on screen you start pointing out something and creating a problem. So I realised even if it had a lot of art and emotion to play against these brainy, fantastical situations, it didn’t really work ethically. So we just kept the other parts, basically, and tried to arrange it as best we could. 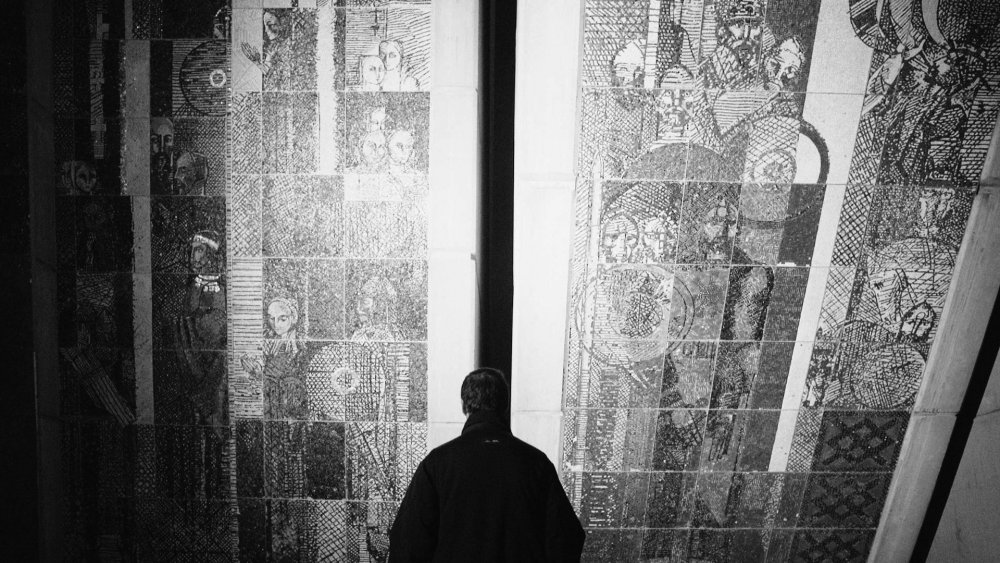 Going back to those scripted scenarios, where did the inspiration for those come from?

This was another problem actually when I was selecting these excerpts from this book Imperium by Ryszard Kapuscinski and I adapted them in order to create these monologues so Kolya could wonder around the territory. I thought that they were maybe not well selected: Who am I to pull out key moments of Soviet history? Who I am I to make any kind of statement or be didactic? But there was a moment – I don’t know if you are familiar with the work of Deimantas Narkevicius?

He’s a Lithuanian artist who does contemporary art but also some film that sometimes gets played at festivals. Anyway, I sent him the screener and he was like “I think the excerpts were very smartly selected,” which was a big relief, especially coming from him, someone I really admire and who still lives in Vilnius. So I was relieved.

And were other stylistic elements always in your mind? The monochrome photography, the way that the soundscape and visuals often work in juxtaposition, or at least, out of sync?

When I went back I knew that I wanted to have Andreia Pinto Correia’s music as a reference because it resonates with Soviet film, also the black and white – this trashy, harsh look – that sometimes becomes a bit more expressionistic. I feel that the film is not accomplished in that Kolya is a ‘to be’ character, he’s never a full character, but that also has given us a lot of freedom within the sound design. It was exciting to work on that because the film had almost no sound – not just because I failed to capture the sound, but because the image is not really leading. 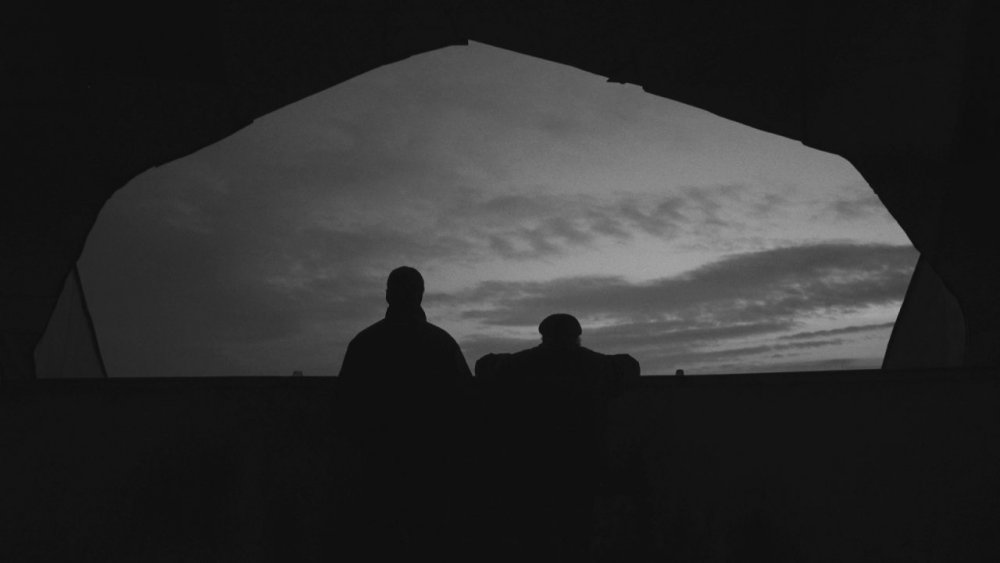 And did this have unexpected consequences? Did new ideas emerging during that process?

Actually there was something I got asked at a Q&A that I hadn’t thought before but the moderator pointed it out and I think it’s accurate and important: this idea of surveillance. It’s in the checkpoints and also in the CCTV with Kolya in the hotel room.

That was not conscious – I mean, it was conscious to have the checkpoints to give structure – but the thing is that the surveillance aspect has to do with something that came with the people I was working with. Stanislav was doing production and was my assistant director, he’s Ukrainian, and I could see the way he was treated and how people would behave with him in Transnistria. Or you’ll be talking with someone in a cafe and they’ll tell you “Those guys at the counter are KGB agents” – we had a permit to be there but there’s always a van passing by mysteriously. So it was always right there and I think that translated to the film.

You did say you can’t separate your life from filmmaking.

[Laughs] Yes, exactly! It’s not so conscious. I think that’s why the real is so seductive to me. I have a desire to go there and to dive in. I take filmmaking as a way of translating reality, so it’s about asking how can you translate the real into cinematographic language? And what’s at stake in that process? And that calls to this idea about the limits of nonfiction film and the limits between fiction and nonfiction. Because for you to be a good translator – almost in a Benjaminian sense – it’s one of the few places where fidelity and liberty hold hands.

An extract from Extinction

Related to Salomé Lamas on her threshold foray Extinction: “I can’t tell apart my life from filmmaking”