This is our land: liminal Britain at the London Short Film Festival

A fascination with the UK’s hinterlands unfolds across two festival retrospectives and a guerrilla filmmaking project. 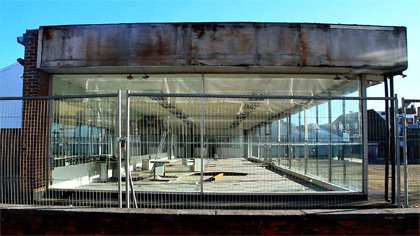 It’s a dank January day and I’m in a Turkish café in Hainault, an Essex town now subsumed into east London’s suburbs. I’m here to eavesdrop on the making of a short film set between here and Dagenham Heathway, five miles away, and while the actor and cameraman shoot in a local cemetery, the other two crew members have just this afternoon to pin down the film’s story. It’s being screened tomorrow, and editor David and producer Kyri are still looking for a title, a theme and a way to use the shop across the road, Al’s Hobbies, as a location.

If the process sounds ad hoc, it is deliberately so. Borderlands, a new project created for the London Short Film Festival by ‘open mic’ short-film collective Kino London, gives six groups of filmmakers just five days to create their films, all of which must illustrate the journey between designated points on the eastern outskirts of London, from Walthamstow in the north to Farthing Downs near Croydon.

As participants gather at Curzon Soho for the project’s launch, Borderlands’ conceptual beginnings, drawn up with reference to classic psychogeography by Fred Rowson of Rushes Soho Shorts, who also devised the routes, are soon drowned out by practicalities. Film crews – most of whom have never met before today – assemble on the spot, with people offering everything from ‘fight co-ordination’ and urban theory to shooting and editing equipment. But elsewhere in the festival, a similar preoccupation with the idea of hinterlands can be found in retrospectives from Folk Projects (Rosie Pedlow and Joe King) and Ben Rivers, both of which explore place and environment, the human presence in the landscape, and our relationship to wildernesses both urban and rural. 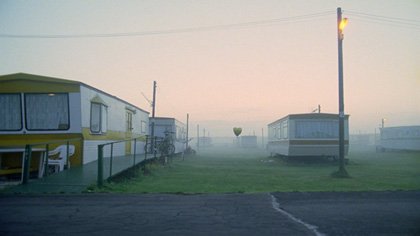 The fascination with the UK’s liminal zones – its suburbs, seasides, disappearing industries, UFO hotspots, housing estates and rare natural paradises – is a perennial one, central to key films by Chris Petit, Patrick Keiller and Andrew Kötting as well as the writing of Iain Sinclair and Robert MacFarlane and the re-imagined ‘library music’ and public information-style design of the Ghost Box record label. Yet it is a flexible aesthetic in which some divergent and original visions and ideologies co-exist; and, of course, its subject matter is ever changing – the boundaries of locations are constantly redrawn alongside the landscape’s accelerated pace of change.

Rosie Pedlow and Joe King’s latest collaboration, Strange Lights (2010), visits Rendlesham Forest in Suffolk, the site of unexplained aerial phenomena witnessed by soldiers from a nearby air-base in 1980. Flashes and crackles of light and ominous radio tones lend twilight footage of the forest an uncanny charge, yet there’s a wry, affectionate awareness of our appetite for mystery in the way the camera navigates through glowing campsites and man-made glades, pulsing with a collective dream of alien life.

Both artists share a fascination with the hidden lives of things, revealing and bringing to energetic life mechanisms, diagrams and everyday tools, most literally in Pedlow’s 2003 animation Entrance, but also in King’s early films in which metronomes, factories and bridges are transformed into dynamic, dancing characters, soundtracked by collaged, industrial electronics. Yet equally striking is their calmest and most meditative film, Sea Change (2006), which documents, in one long take, a day in the life of a Canvey Island caravan park. Engaged and engaging, it hints at an understanding of the location and its characters that is neither voyeuristic nor intrusive. 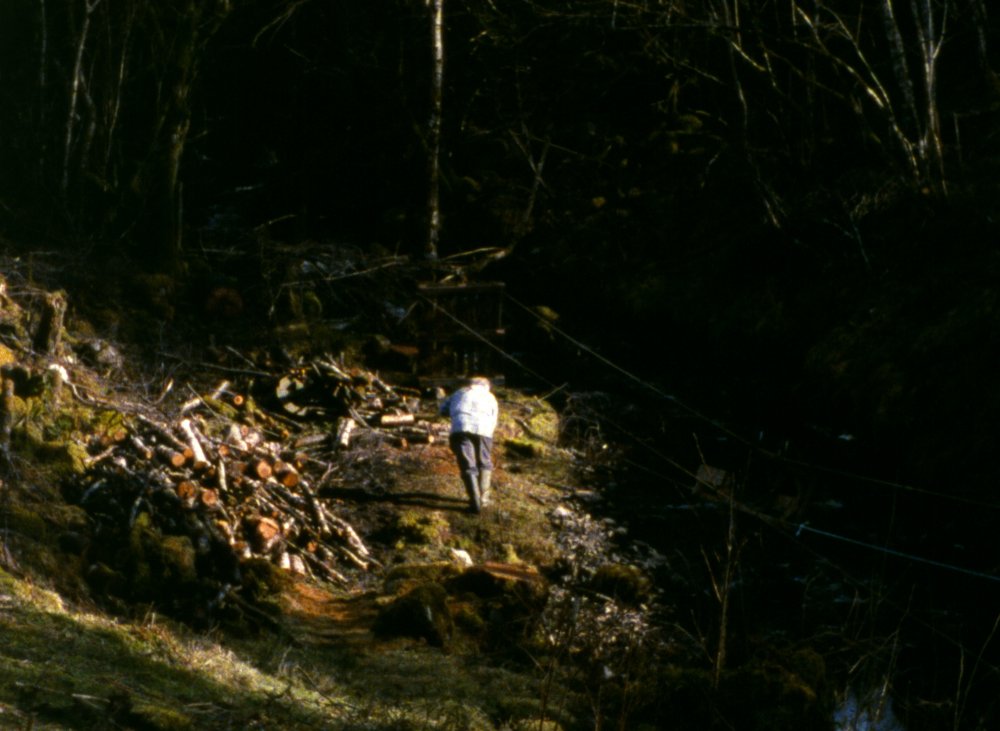 In focusing on the eccentric inhabitants of unlikely places, Ben Rivers’s films could run the risk of such voyeurism; yet the integrity and emotional honesty of the Somerset-born filmmaker seldom falters throughout the four films shown under the retrospective title This Is My Land. This is also the name of Rivers’s first film to feature Jake Williams, who lives a hermit-like, self-sufficient existence in remote Aberdeenshire, and who is featured again in the 29-minute I Know Where I’m Going (2009), which is Rivers’s fullest realisation so far of his interest in those who live on the peripheries of society. I Know Where I’m Going makes explicit the connection between these liminal dwellers, our environmental impact, and a future, post-human society, with a voiceover from geologist Jan Zalasiewicz moving the film along motorways and mountain roads to each destination.

Rivers is not concerned solely with wilderness idylls – there’s also a portrait of a friend’s father who lives amid piles of ephemera in a terraced house – but his feel for nature’s patterns and rhythms, his ability to transmit its fractal, flickering loveliness, is at its best in 2008’s Origin Of The Species. Narrated by a Darwinist autodidact, engineer and forest-dweller credited as ‘S’, Origin revels in the macro and micro worlds of the woodland, with Rivers’s antiquated Bolex camera catching insects on moss and vistas of misty pine trees in warm, saturated hues. When S ruminates that “Man’s brain evolved very quick…and it’s trouble; it’s just trouble”, the viewer is inclined to believe him.

Rivers’s use of analogue technology and home-processed film might seem a self-conscious kinship with his subjects but, like Scottish filmmaker Luke Fowler’s films of and with field-recording artists, this nostalgic, preservationist aesthetic is also a succinct commentary on the present and future, a point further made in Rivers’ forthcoming installation Slow Action, which draws upon ideas from Utopian science fiction. His appearance at the retrospective in conversation with Andrew Kötting, with whom he has collaborated, places Rivers in a continuum of British visionary filmmaking alongside Kötting’s poignant 1996 travelogue Gallivant and appropriately-named short Edgeland Mutter. 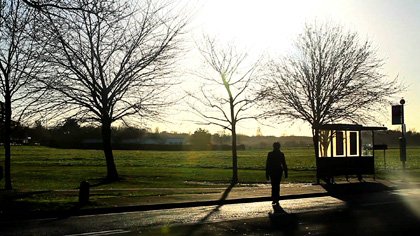 Kötting’s work is an obvious touchstone for Kino’s Borderlands project, which concludes with a lively screening at Barking’s Malthouse. The Hainault crew have opted for simplicity, with a minimal road movie that makes full use of the lowering grey skies of Essex and alludes to Dagenham’s wartime past.

Meanwhile, in BR52PQ SE186BE, the location is the central character, with the route between St Mary Cray and Woolwich Ferry sensitively photographed by student cinematographer Naqisa Silva and directed by Suzie Zabrowska. This particular chance operation seems to have been one of the challenge’s most successful, with a visible, spontaneous alchemy between the four hitherto unrelated participants.

In keeping with Kino’s open-mic ethos, tonight’s films are a mix of pragmatism, ingenuity, comedy and some moments of real artistry; but that urge to explore and map the fast-changing outer edges of town is, it seems, as strong out here on the DIY scene as it is among the more established names of the festival.