Kurdistan’s welcoming Duhok International Film Festival screened films that dealt directly, and for the most part fairly, with ongoing fights against Isis, oppression and xenophobia. 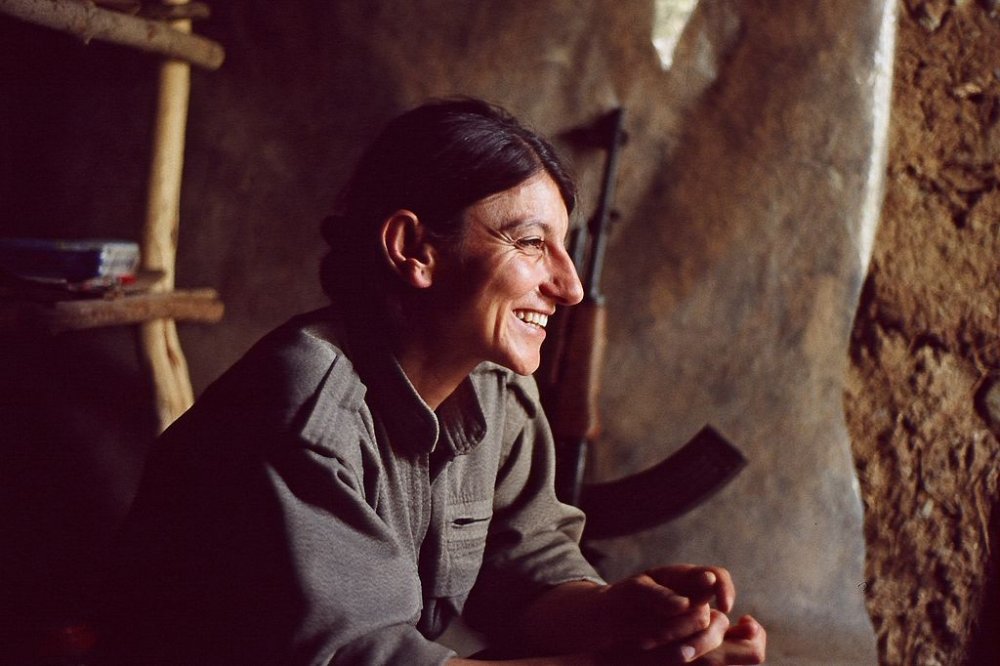 Film festival season begins in September, and not only in the A-list Western strongholds of Toronto and Venice. Fifty miles away from Mosul in Iraq, and little more than a month before the start of military operations to reconquer the country’s final ISIS-held redoubt, the Kurdish city of Duhok held its fourth international film festival.

That asuch an event simply – yet not without considerable challenges – exists in such a place is an event of extraordinary significance. Surrounded by the immoral chaos of war, even the most customary gestures are assigned precious importance. One has to constantly remind oneself of where the festival actually is, for the idyllic quiet it is immersed in can feel almost surreal.

Scattered over four countries (Syria, Iran, Turkey and Iraq), Kurdistan is a stateless entity not without internal differences (linguistic as well as political), for whom the self-representation cinema can grant carries a meaning well beyond its artistic pretence. A festival such as Duhokiff is then also an occasion to gather in one place the experiences, ordeals and visions of a nation-less, multiconfessional society with no official borders. Although it represents a prominent part of its mission, Kurdish cinema is not all the festival had to offer, as the line-up comprised a World Cinema section, special screenings, workshops, panels and a Focus section this year dedicated to Nordic cinema. 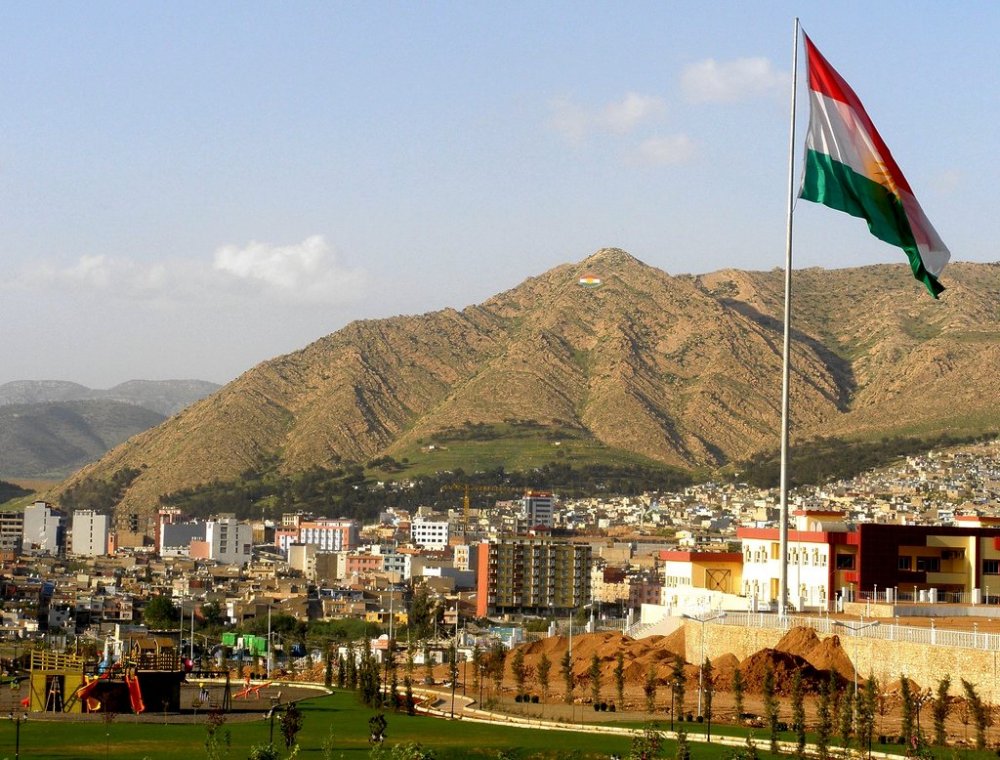 The Kurdish flag flies over Duhok, capital of the northernmost governorate of the Kurdistan Region of Iraq

Despite the absence of a compelling storyline, Gulîstan, Land of Roses (2016) by Zaynê Akyol is nonetheless one of the most intimate and forceful portraits Kurdish female guerrillas have been given on screen. The access the director was able to negotiate is tangible throughout the documentary, on an emotional as well as on a physical level. Unvarnished close-ups bathed in a beautiful light bring the spectator close to the very faces fighting the faceless threat of the Islamic State (as well as the not so faceless one posed by the Turkish government and its army).

Members of the PKK (Kurdistan Workers’ Party), a group that both Europe and the US consider to be a terrorist organisation, the women featured in this documentary are waging a battle on two fronts. On the one hand they form the military vanguard that has kept the metastasis of Isis in check, fighting a medieval enemy that sees women as its ultimate nemesis (the group’s mythology postulates that if killed by a woman their holy warriors will be denied access to paradise). On the other hand they are waging a war against an ubiquitous enemy that hides in every nation, culture and family: patriarchy. To them, there can’t be one without the other as the enfranchisement from the “slavery of marriage” cannot transcend the struggle against political oppression.

No revolutionary exoticism is to be found in Gulîstan, Land of Roses, though, which on the contrary explores the daily resolve and militant generosity of women who have dedicated their entire lives to a cause, leaving behind their loved ones and the comfort of an ordinary living. The strength we glimpse in their eyes as they open up in front of the camera about their struggle is more commanding than what the most spectacular battle scene could ever convey.

Bernard-Henri Lévy’s latest film, which unfortunately (though understandably) also screened at the festival, is as tactless as Akyol’s was tactful. Peshmerga (2016) tells the ongoing story of the resolute resistance against Isis put up by the titular fighters, who have become Southern Kurdistan’s official army following Saddam’s fall.

Lévy’s voiceover could reawaken violent instincts in the most peaceful spectator. He never shuts up throughout Peshmerga, leaving no room for the spectator to elaborate what’s on screen, let alone think, as his petulant narration drags on without any trace of modesty. Unsurprisingly, all we learn is Lévy’s version of events, and while his cameraman almost loses his life, the director is shown wearing an immaculate, starched white shirt in the middle of combat. 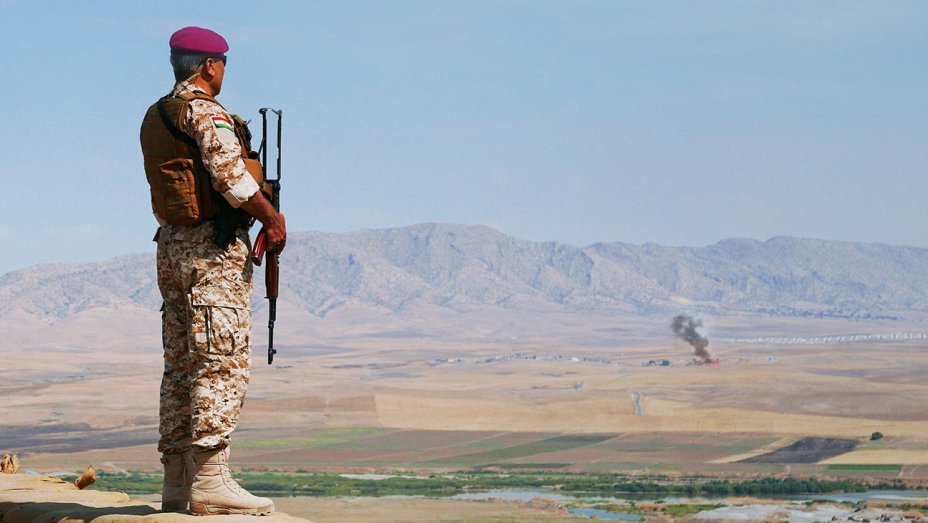 His shameless paternalism exemplifies the opportunistic solidarity western powers and bien-pensants reserve for those causes that temporarily match their own interests, only to forget them once their serviceability expires. The uncomfortable distance between a Parisian socialite pontificating on a struggle in which he has literally no part and a popular army actually fighting it is on screen for everyone to gauge. Needless to say, people interested in the history of Peshmerga and its current role in the fight against Daesh would better look elsewhere for a grounded and insightful account.

In a region of roughly five million people, the number of refugees in Kurdistan has reached 1.67 million, according to the latest estimate. Many were obvious in the documentaries shown at the festival about what we still call, as if it was some sort of natural disaster, the ‘refugee crisis’. Unlike a lot of what’s routinely screened at festivals these days, all the documentaries seen at Duhokiff reached high standards of ethical decency.

The most cogent of these, able to wrongfoot the spectator’s pitiable expectations, was Martin Gerner’s The World’s Smallest Army (2015), which follows two “Bavarian Talibans” in their détournement of xenophobic platitudes. Armed with a turban, a Kalashnikov and a pair of lederhosen, the two partners in crime peacefully terrorise the ultra-conservative inhabitants of ‘Bavaristan’, a German region where the Nazi past is still waiting to be outdone. 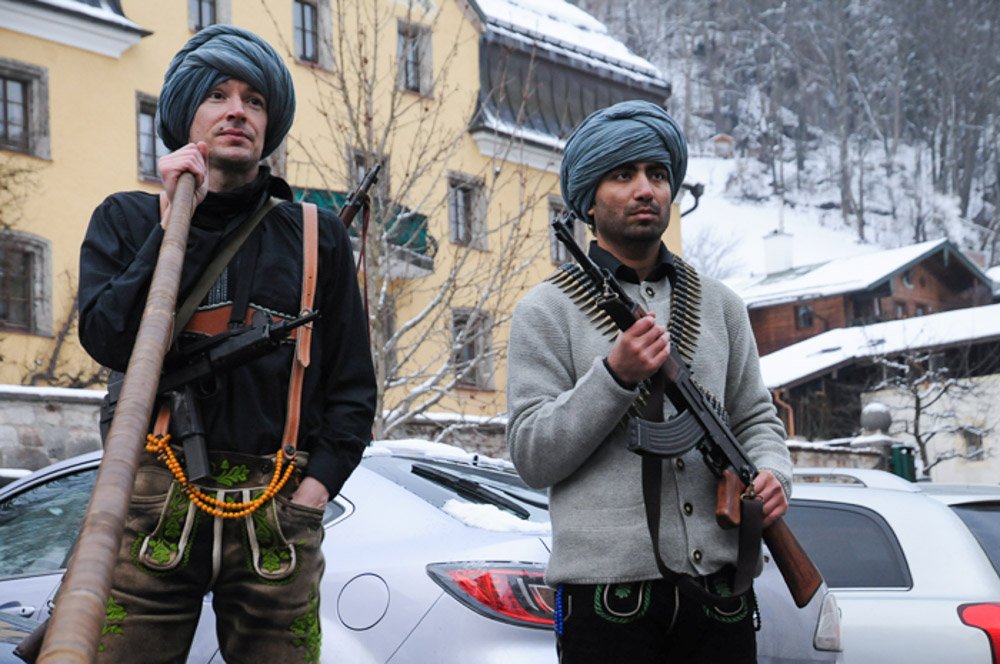 Through performance, public stunts and a dedicated militancy of clever pranks and provocations, Hamon and Marcus, an Afghan who after 20 years in Germany has not been granted citizenship yet and his German accomplice, use the sharp blades of irony to cut through the hypocrisy and ignorance on which racism rests.

By drawing provocative comparisons between Bavarians’ love for weapons with the Talibans’ similar penchant for arms, and by mixing the codes of two supposedly antithetical cultures, the two satirical jihadis unveil more uncomfortable truths than many serious activists could. When xenophobic irrationality becomes the norm, and the roots of hatred are systematically occulted, dystopic irony acquires a rare revelatory force.

Cultural identity in Kurdistan is the surrogate through which the absence of nationhood is sublimated, but many involved in the struggle for independence are wary of the simplifications of orthodox nationalism. Differences, be they religious, ethnic or political, rather than an imaginary national purity, are what unite Kurdish people. For someone unable to understand either Turkish, Kurdish, Arabic or Farsi, there were plenty of nuances to be missed in the films dealing with the Kurdish Question. Given the unofficial status of the Kurdish language, even an accent can play a decisive narrative role in a film.

One documentary that showed how pervasive the political dimension is in Kurdish life (in Turkey in this case) was Bağlar (2016) by Melis Birder and Berke Bas, set in the eponymous district near Diyarbakir. The story of coach Gökhan Yildirim and his basketball team of Kurdish players is charged with an extra dose of political implications when Turkish airstrikes kill 34 civilians in the nearby town of Roboski. By following the vicissitudes of the basketball team, the directors capture the complexity of a conflict that has colonised every aspect of everyday life. Detailing these daily vexations tells us more about the oppressed and its oppressor than a straightforward political work probably would. 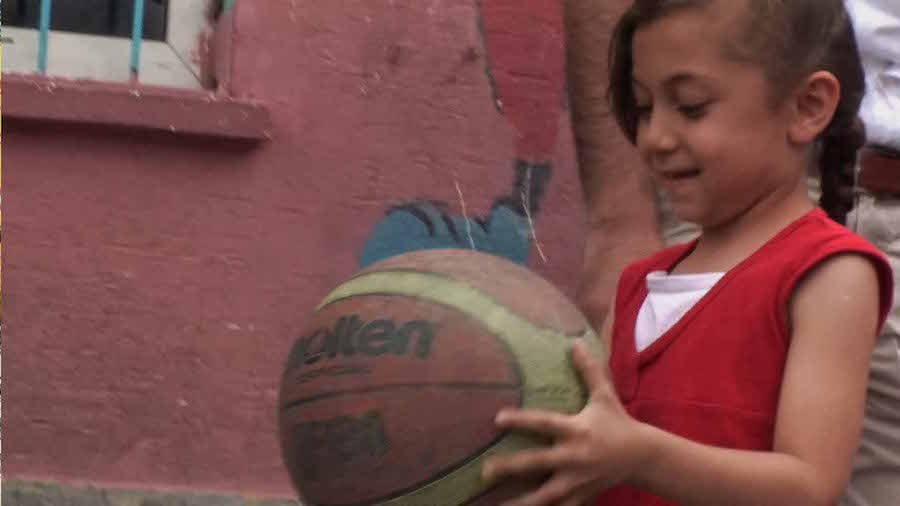 The universal dichotomy of the exploiter versus the exploited is seen in Kıvanç Sezer’s My Father’s Wings (2016), which reveals how the persecution of Kurds is (also) a matter of economic profiteering. Property development lays its foundations on cheap and unregulated labour – as the protagonist of the film soon learns when he is diagnosed with cancer but cannot retire.

Avoiding simplistic characterisations, the director articulates all the ethical grey areas and characters in between the instigator and the dignified victim. Without resorting to facile sentimentalism, in a story that remains highly melodramatic, the film exposes the callous nature of our beloved free market. 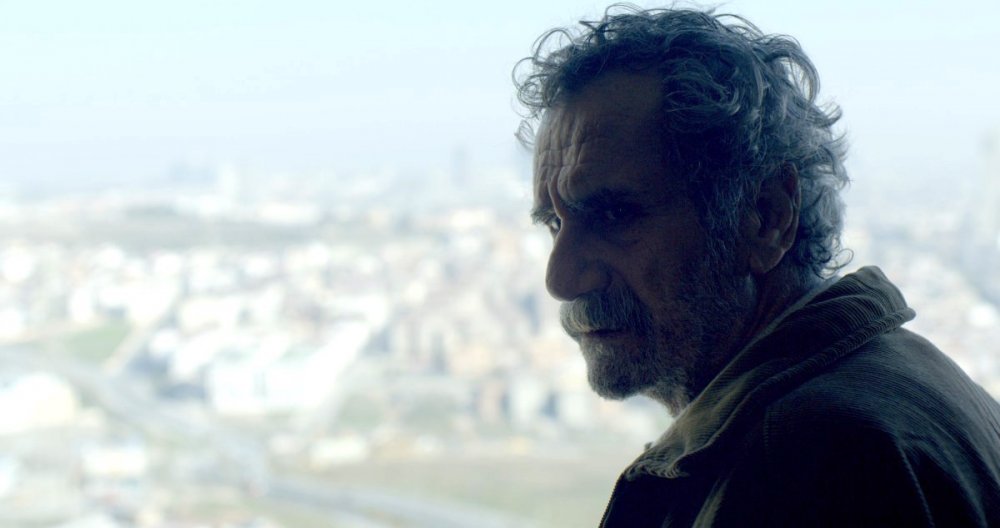 Films are usually the principal criteria that festivals are assessed by, but the extra-cinematic features of Duhokiff and its location were an integral part of its value. The whole experience and historical conjuncture was what made this event an unprecedented occurrence, at least so far as festival-going is concerned. It might say something about our preconceptions, but it was pretty startling to see families with children and veiled women staying for a Q&A with the director of a film about a man seeking gender reassignment. Equally startling was the harmony that seems to have survived in the middle of a region ravaged by decades of imperial pillage. However critical we may be towards the depiction on our TV screens and social media feeds of these places, the chasm between expectations and the reality of the situation was pretty vast.

The humanity this festival disclosed was far beyond what one could have imagined. The festival was made even more special by the fraternal hospitality and generosity of the volunteers and staff as well as everyone else met in cinemas, at parties and in the streets. For this writer, it was difficult not to feel at home.