Ian McKellen’s debonair conman may have met his match in Helen Mirren’s super-smart widow, but the convoluted script detracts from the pleasure of these two greats on screen together for the first time. 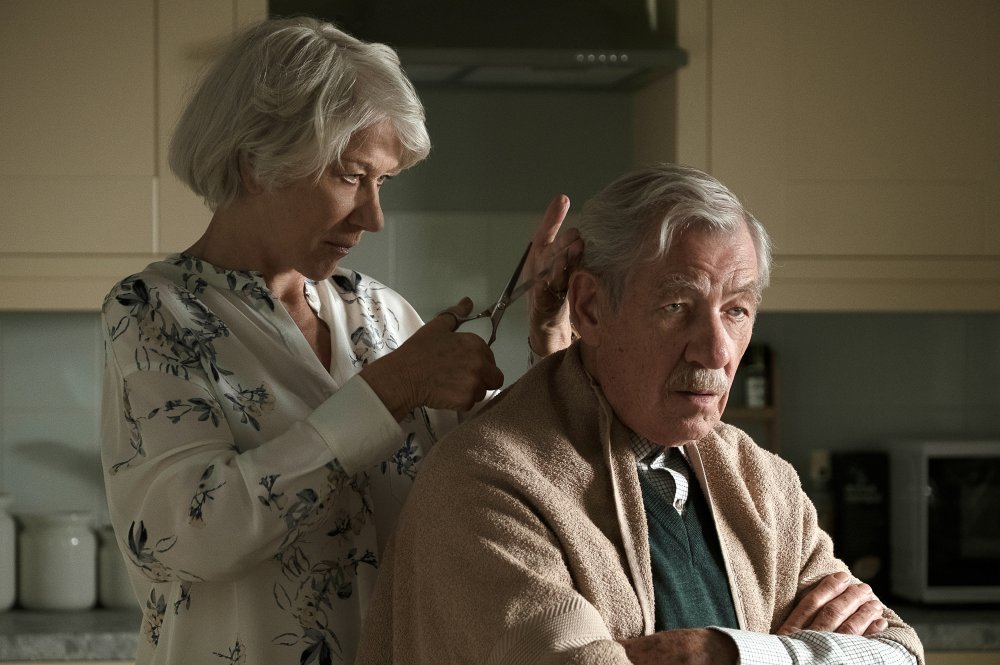 Two of Britain’s acting greats, Helen Mirren and Ian McKellen, together on screen for the first time. Direction by Bill Condon, who guided McKellen to one of his best screen performances in Gods and Monsters (1998) as Frankenstein director James Whale, and a fine one as the aged Sherlock in Mr. Holmes (2015). Excellent backup from Jim Carter and Russell Tovey. What could go wrong? Well, unfortunately, Jeffrey Hatcher’s script, which after a promising start ties itself into ever more intricate knots and skids around several yawning plot holes.

Things become seriously convoluted with two substantial flashbacks, first to 1948 Berlin and then to the same city five years earlier, one involving an assumed identity maintained over a 60-year period. We also get rampant implausibilities: when ruthless conman Roy (McKellen) is invited by his mark Betty (Mirren) to stay in her bland suburban bungalow, he complains that it’s “like being smothered in beige” but, though presented as exceptionally shrewd, apparently fails to notice that this former Oxford academic doesn’t seem to own a single book. And more than one crux depends on something – a daytime platform at Charing Cross underground being conveniently deserted, say – that not even Roy could have foretold.

Still, it’s by no means a total loss. Mirren and McKellen circle around each other with evident enjoyment, both gradually unpeeling layers of their respective characters as the labyrinthine plot unspools.

McKellen in particular clearly relishes playing his first unredeemed villain since taking the title role in Richard Loncraine’s Richard III (1995), and the scenes between him and Carter’s Vincent, his partner in trickery, as they toast the success of the latest scam or plot the next one, resonate with the satisfaction of achieved fraudulence. (As Vince remarks, it’s not just the profit they enjoy but “the game – the adrenaline rush”.) Hatcher’s dialogue features some well-chosen phrases: when Betty and Roy first physically meet after their initial online contact, she delicately enquires if this is the first time he’s arranged a get-together “on the computer service”.

Perhaps the film’s distinctive strength, though, is that it gradually strips away the element of jokey loveability that so often surrounds the onscreen scam artist (Gambit, Dirty Rotten Scoundrels). McKellen’s Roy, at first charm itself, shows a steadily darker side in his treatment of his victims. By the time he rejects Vince’s suggestion that he might leave Betty just a small part of her savings, his nastiness is on full view. His final wretched fate seems entirely deserved.