Twin Peaks: the Return episodes 7 & 8 recap – the extremes of experience

After seven episodes of David Lynch and Mark Frost’s cult series, things seemed to be slowly coming together. One more episode and they had entirely blown apart. 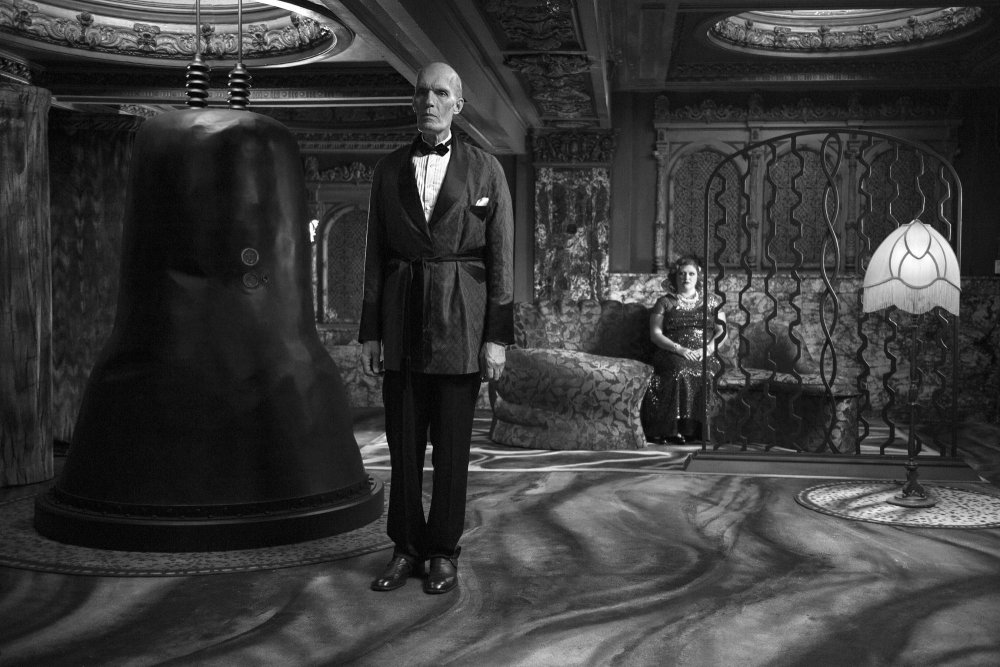 There’s been a popular theory floating around the Twin Peaks fan community ever since The Return kicked off. David Lynch is playing the long game, the theorists argued – like Dale Cooper, the series itself has been rattled and discombobulated by its enforced 25-year break from reality. And like Dale, it needs to gradually put itself back together, piece by piece. By episode 18, all those experimental asides and awkward silences will be gone – or at least squared away, put back in their place. Angelo Badalamenti’s soundtrack will swell, a reinvigorated Coop will hit record on his pocket dictaphone, and it’ll feel just like the Twin Peaks of old.

The seventh episode of Twin Peaks: the Return offered the strongest evidence yet that this idea could be bang on target: after weeks of slow burn everything suddenly happened at once, with proper plot developments, major revelations and visits from old friends. It was followed a week later by an episode that incinerated the ludicrous theory in the white-hot blast of an atomic explosion, and redefined the possibilities of the small screen in the process.

We now know that the pages Hawk (Michael Horse) found stuffed behind a men’s room door did indeed come from Laura Palmer’s diary, recording her vision of Annie as seen in Fire Walk with Me – a rare moment of satisfying synchronicity in this confounding universe. We know that Dale Cooper (Kyle MacLachlan) is gradually regaining his faculties, working his FBI ju-jitsu on Ike ‘The Spike’ (Christophe Zajac-Denek). We know that body in Buckhorn is indeed that of Major Briggs, though he’s roughly 40 years younger than he ought to be. And we know that Diane (Laura Dern) had a run-in with Bad Coop aka Mr C after his escape from the Black Lodge, and that something terrible happened. We also know that Laura Dern saying “Fuck you, Tammy” may be one of the reasons our universe was created in the first place. 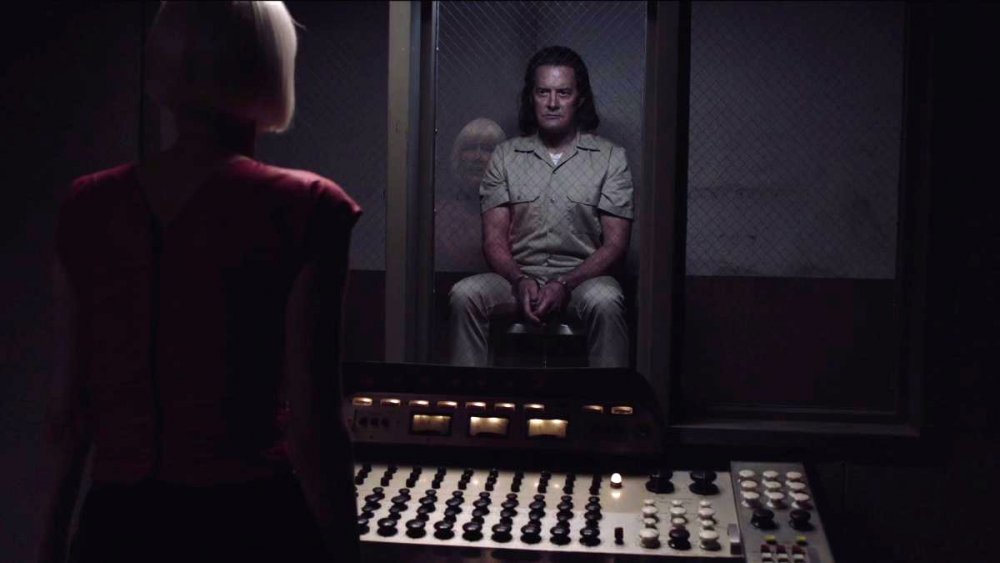 We were also treated to an achingly sweet Skype chat between Sheriff Frank Truman (Robert Forster) and an aged Doc Hayward, recorded not long before actor Warren Frost, Mark’s Dad, passed away this year – another loose, improvisational ramble reminding us that this new Twin Peaks is as much a reunion of old friends as it is a TV show. And we discovered exactly how long it takes to brush the Roadhouse floor, in a scene of repetitive broom-related contemplation to rival the piss-sweeping scene in Steve McQueen’s Hunger. Everything seemed to be coming together.

And then the Bomb went off. There should be no doubt: the eighth episode of Twin Peaks: the Return will stand as one of the defining passages in David Lynch’s long career. This was pure, blazing invention, as fierce and experimental as anything he’s ever attempted. Exactly 40 years on from the release of Eraserhead the committed, maniacal artist is still in there, still drunk on discovery and still able to stun us all into silence.

It started relatively straight, as Mr C and his dim-bulb sidekick Ray (George Griffith) flew the coop and headed out into wild country, the road lit only by their swerving headlights. Ray got the drop on Bad Coop, shots were fired – and an avalanche of ghostly Woodsmen emerged from the woods and surrounded the body. Moments later we were flung back to 1945, overlooking the New Mexico desert as the first atomic bomb test took place. And from there, it’s a bit of a blur. 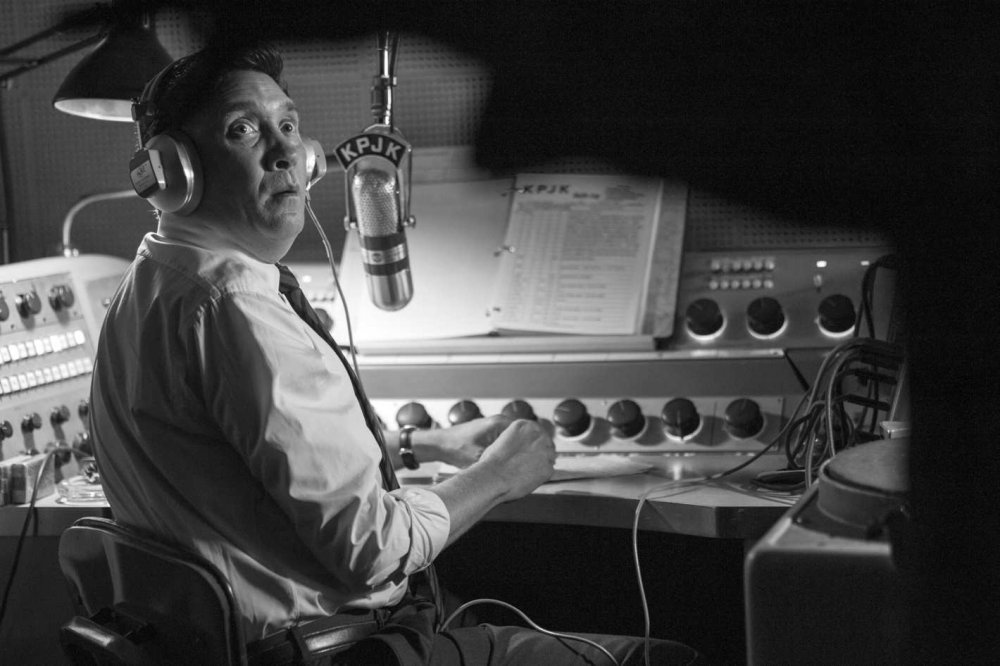 It would be impossible and largely pointless to attempt to sum up the ensuing 50 minutes, but here are a few stray observations. To those who sniggered at some of the handmade SFX in earlier episodes – yes, it clearly was ‘meant to look like that’. The atomic test sequence might be the single most beautiful effects shot ever created for television, a moving monochrome landscape to make Ansel Adams weep. Both the spotty, insect-swarm starscapes and the herky-jerky stop-motion figures outside the convenience store strongly suggested that Lynch has seen and loves animator Don Hertzfeldt’s miniature masterpiece The Meaning of Life, though perhaps it’s simply that both Lynch and Hertzfeldt are big 2001: A Space Odyssey fans.

The climactic appearance of the Woodsmen was one of the most terrifying things Lynch has ever created, a baffling sequence of pure, poetic zombie dread. And, in the immortal words of Cassandra from Wayne’s World, did that frog have wings so he wouldn’t bump his ass when he hopped?

Connective tissue: the spice must flow?

Bizarrely, the Lynch movie with the most ties to episode 8 has to be Dune: not only is much of the episode set either in a desert or in space, but the grand tower in the middle of the ocean strongly echoes Castle Caladan, home of House Atreides. And is it a coincidence that we witnessed the return of the Woodsman, first personified in Fire Walk with Me by Jürgen Prochnow, aka Duke Leto Atreides? Yes, it almost certainly is.

The blossoms of fire in the atomic sequence were straight out of Wild at Heart, while there were more echoes of Silencio and Mulholland Dr. in the dark tower’s jazz-age interior. The appearance of the convenience store is clearly meant to recall Mike’s speech in the original Twin Peaks: he and Killer Bob lived above it (though it’s hard to see how anyone could live above this one, unless they crouched). 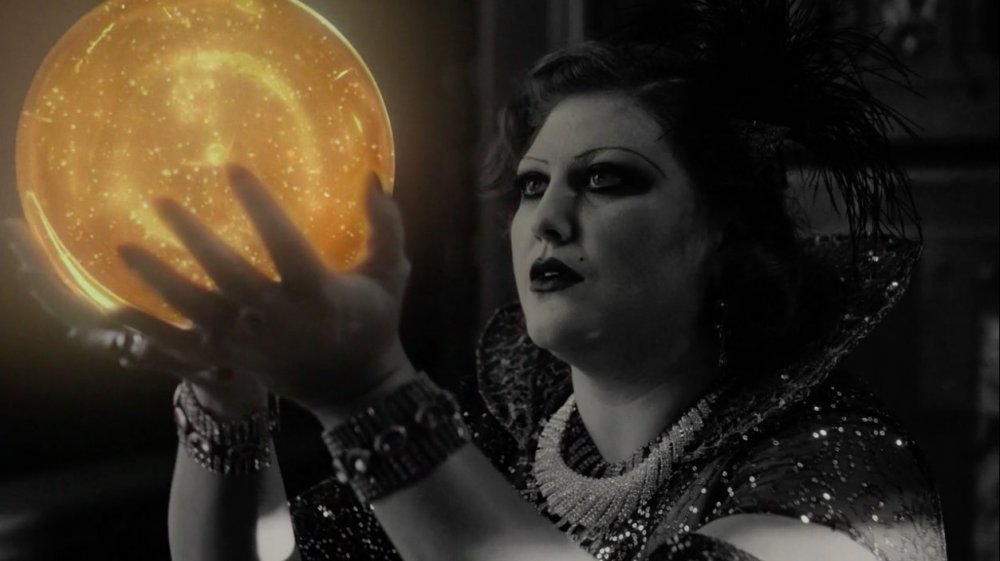 Like the White Sands desert, the internet exploded in the wake of episode 8. The obvious consensus is that the bomb test and its aftermath represents the birth of evil – in bluntest terms, Bob was the product of nuclear energy, released into the world by this terrifying technological development. So humanity created this wandering killer – via a floating sky-demon called simply Experiment – and then the Giant (played by Carel Struycken, and now credited as ???????) released Laura’s spirit to counteract him. Or to be his victim? Either way, it seems that, as with Dougie, the Black Lodge residents have a habit of making new human beings. Is ??????? God?

Other fansplanation efforts were slightly less plausible. Some proposed that the young couple in the desert could be Leland and Sarah Palmer, which seems unlikely – he’s clearly Hispanic (the actor’s name is Xolo Mariduena) and she’s the one who encounters something disturbing, not him. It’s also hard to believe that any of this might tie into the Roswell, New Mexico UFO incident in 1947 – that one’s strictly for fans of Mark Frost’s Secret History book.

One intriguing theory doing the rounds is that Evil Cooper has two children, both born of rape: Richard Horne, fathered on the comatose Audrey following the bank explosion, and a girl called Linda by Diane – because didn’t the Giant tell Cooper to watch out for Richard and Linda? It’s a grim idea, but that doesn’t rule it out: Richard Horne is a nasty little shit, and Diane clearly went through something traumatic. This one’s worth keeping an eye on.

Related to Twin Peaks: the Return episodes 7 & 8 recap – the extremes of experience