Twin Peaks: the Return episodes 5 & 6 recap – the good, the bad and the Dougie

Agent Cooper returns… as Señor Droolcup? With the testing fifth and sixth episodes of the new Twin Peaks running high on bloody violence, operatic tragedy and a preponderance of oddball slapstick, Tom Huddleston wonders if David Lynch is messing with us. 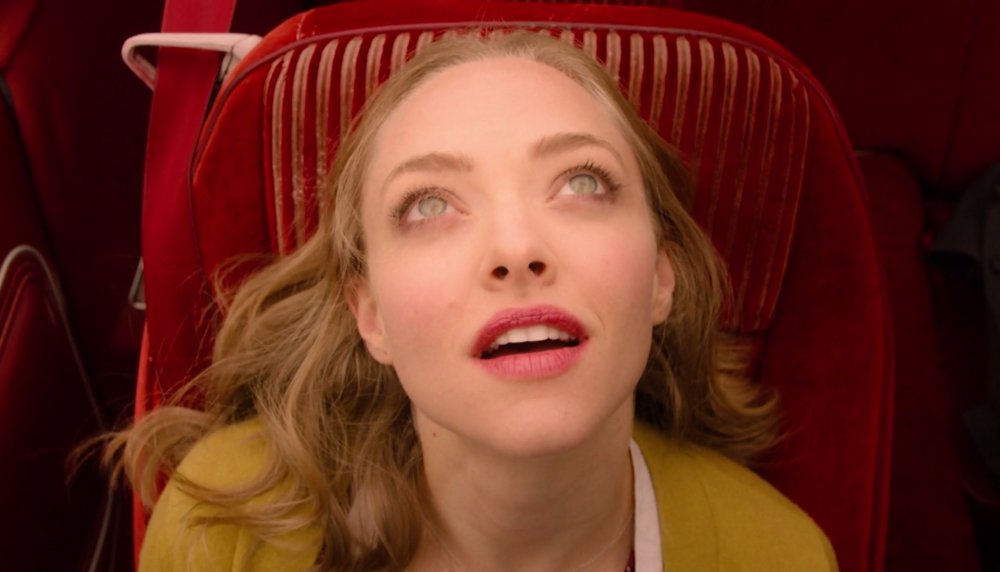 David Lynch isn’t the first filmmaker to push a joke to the point where it stops being funny. He’s not even the first to keep on pushing until it flips back into being hilarious. But he might be the first to push a joke so far that it becomes tiresome, and then maddening, and then unaccountably heartbreaking, and then funny again. The strange journey of Dale Cooper (Kyle MacLachlan) – aka Dougie Jones, into whose humdrum, suburban Las Vegas life the brain-fried FBI agent has been unwittingly inserted – dominates the fifth and sixth episodes of Twin Peaks: the Return, a meandering, deadpan counterpoint to the murder, mayhem and tragedy taking place elsewhere.

There’s a heady whiff of Jacques Tati and Buster Keaton in Dale-Dougie’s blank-faced, shambling persona, along with a strong dash of Lynch and Mark Frost’s beloved Peyton Place in the characters of Dougie’s wife Janey-E (Naomi Watts) and their boy Sonny Jim (Pierce Gagnon). But it’s hard to shake a sneaking suspicion that Lynch is also taking the chance to mess with the show’s longtime fans – you know that character you loved, the noblest hero the small screen ever produced? Well the good news is, he’s back. The bad news… he’s switched personalities with Señor Droolcup.

We do, however, know that Cooper’s nemesis is still on the prowl: in the most thrilling, unearthly scene across both episodes, the face of Mr C – Cooper’s shadow self – morphs, subtly and momentarily, into that of Killer Bob. How much control the wandering spirit has over his possession is likely to remain ambiguous, but it was a hair-raising reunion. This, coupled with the first appearance of Cooper’s formerly off-screen PA and sounding-board Diane (Laura Dern) – discovered by Albert Rosenfield (Miguel Ferrer) in a glitzy downtown dive that faintly resembles Lynch’s own Paris nightclub Silencio – does illustrate that Lynch and Frost are committed to answering at least some of the lingering questions posed by the original series. When they’re not busy with insane ice-pick wielding assassin dwarfs, at least. 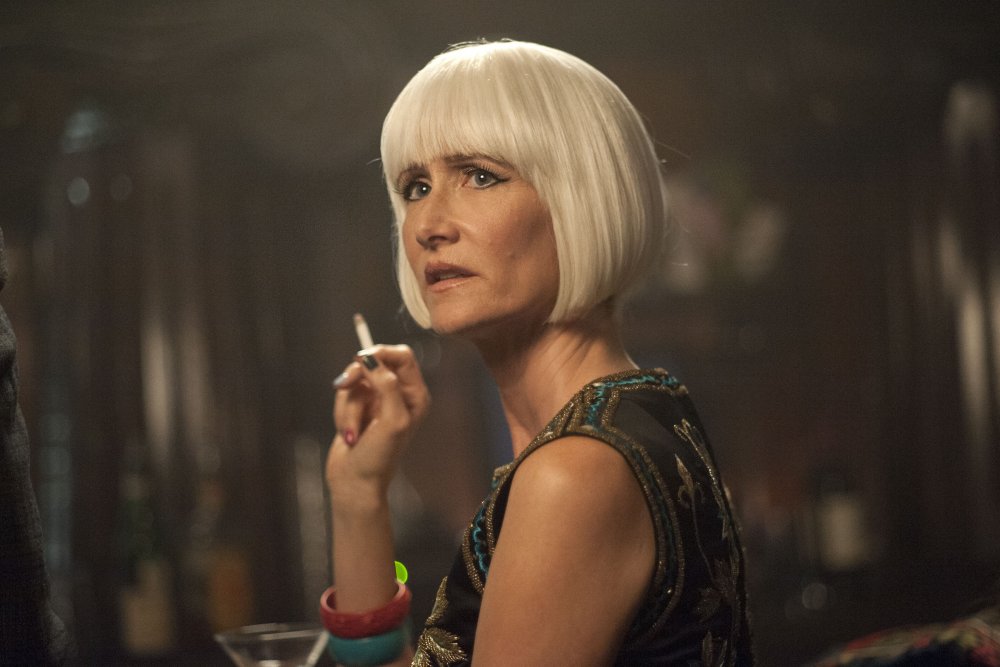 Back in Twin Peaks itself, familiarity is in short supply. We do get to enjoy the sight of Shelley (Mädchen Amick) and Norma (Peggy Lipton), reunited behind the Double R diner counter as giggling waitress Heidi (Andrea Hays) tends to the pie-scoffing needs of the local populace. And of course Deputy Chief Hawk (Michael Horse) is still digging into the Laura Palmer case, finding something mysterious – the lost pages from Laura’s diary? – stuffed behind a men’s room door.

But there are plenty of new characters to contend with: Richard Horne (Eamon Farren) – Audrey’s son? – has taken over Jacques and Leo’s old over-the-border cocaine route, and shows scant remorse when, in a scene of operatic emotional brutality, he mows down a child in full view of Carl Rodd (Harry Dean Stanton, craggier than the Grand Canyon at sundown). And could Shelley’s daughter Becky (Amanda Seyfried) be on the way to becoming this season’s Laura, spiralling towards disaster in a haze of sunshine and coke dust? There’s a distinct chessboard feel to these two episodes – the pieces are moving, the pattern is forming, but the greater game has yet to reveal itself. There’s a better-than-average chance that it never will. 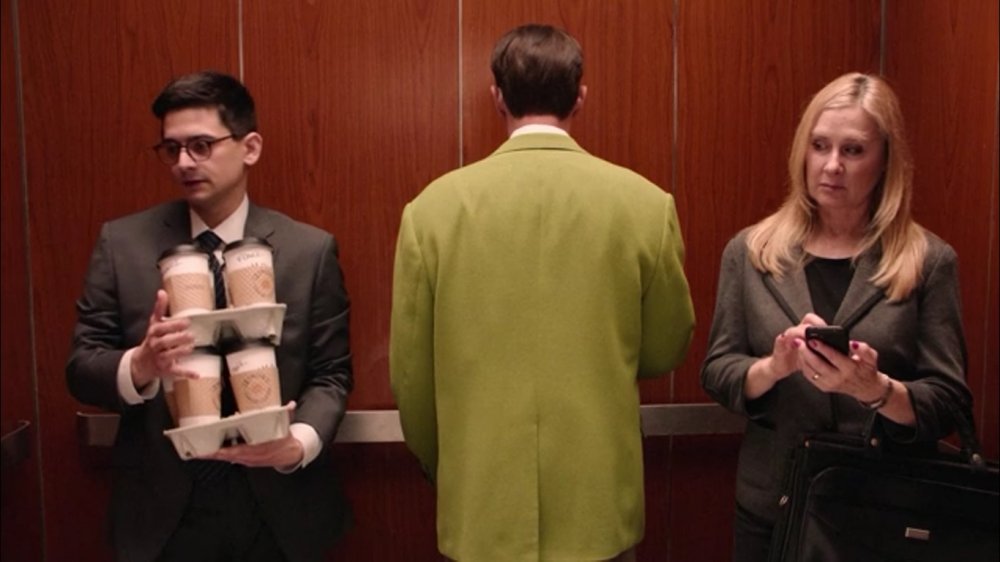 Lynch has always had a secret passion for broad visual comedy, and the Dougie scenes are the goofiest he’s attempted since Twin Peaks’s short-lived 1992 sister show On the Air, a cavalcade of buffoonery set in a 1950s television studio. The casino back-room scene was notable both for its brutality – is Rodney Mitchum (Robert Knepper) this series’ answer to Lost Highway villain Mr Eddy? – and for the trio of Mulholland Dr.-style 50s dancers watching in silence against the wall. And the magical coin-flip trick performed by Red (Balthazar Getty) was pure Silencio.

Have the towns of Deer Meadow – the setting for the early scenes in Fire Walk with Me – and Twin Peaks somehow become fused? How else to explain the close proximity of the Fat Trout Trailer Park, once in the former, now apparently shifted to the latter?

The body discovered in Buckhorn, South Dakota does now seem to belong to Major Briggs, as many suspected and Winston Zeddemore from Ghostbusters handily confirmed. But wasn’t Briggs reported to have died in a fire some years back, possibly started by evil Coop? Was Dougie created by that self-same Mr C in an effort to coax Dale Cooper out of the Black Lodge so that he could confront and destroy him?

And – perhaps most perplexingly – what the hell happened to Tom Sizemore in the past ten years? That is the face of a man who’s seen some things.

Related to Twin Peaks: the Return episodes 5 & 6 recap – the good, the bad and the Dougie