The final two episodes of David Lynch’s epic, mind-altering anti-detective story gave us exactly what we expected, by giving us nothing that we expected. 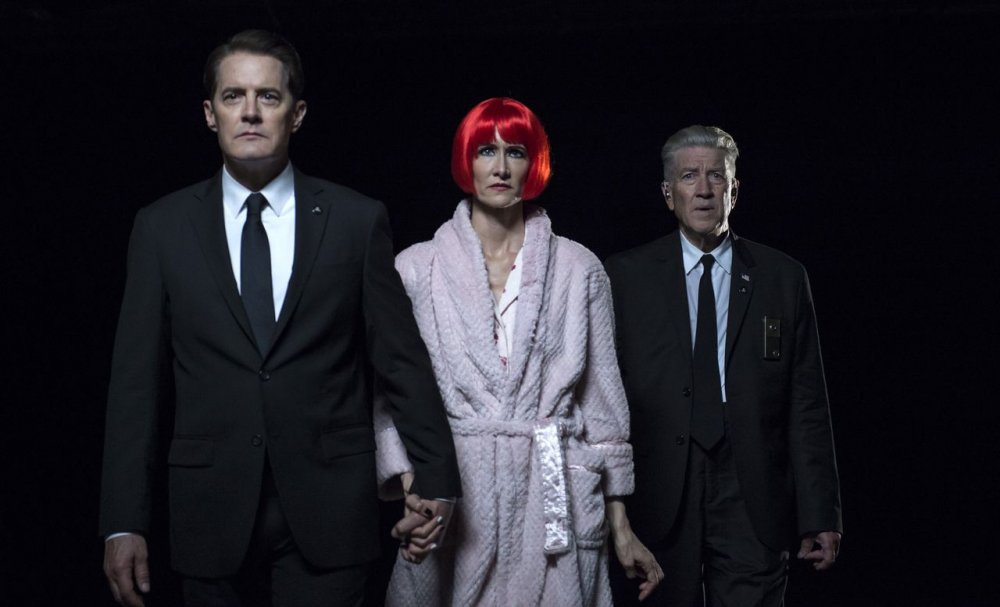 And so it ends – not with a whimper, but a scream. The final two parts of David Lynch’s thrilling, indulgent, gorgeous, infuriating and indelible 18-hour technicolour dream took us into the dark and into the desert, looping back on itself in a series of concentric, inter-dimensional circles, offering closure and cruelly snatching it away. Questions were answered, new ones were posed, and many more were simply left hanging, never to be resolved. But that’s life, isn’t it?

Twin Peaks: the Return is now streaming episode by episode in the US on Showtime and in the UK on Sky Atlantic / Now TV.

At first glance, Part 17 appeared to be making a genuine attempt to wrap things up, delivering both Bad Coop (Kyle McLachlan) and Real Coop to the Twin Peaks Sheriff’s Station for a face-to-the-same-face confrontation. The whole gang arrived just in time for the big event: James (James Marshall) and his cheeky barrow-boy buddy Freddie (Jake Wardle); Frank Truman (Robert Forster), Andy (Harry Goaz), Lucy (Kimmy Robertson) and Hawk (Michael Horse); Gordon (Lynch) and Albert (Miguel Ferrer); even the Mitchum Brothers (Robert Knepper and Jim Belushi) plus their sandwich-bearing coterie. But it was Lucy who shot Mr C, and it was Freddie who destroyed bowling-ball Bob (Frank Silva), in a scene of knowingly berserk comic-book silliness. A grandiose good vs evil showdown this was not.

But it’s not like Lynch and Mark Frost didn’t warn us. Keeping Coop out of the loop for pretty much the entire series wasn’t just an act of delayed gratification, it was a statement of intent: this hero you hold so dear, this perfect lawman you think will save the day, he’s not real. Crimes don’t get solved, evil can’t be defeated, closure is a myth. Cooper may be brave, he may try to do the right thing, but as the bruising, dispiriting final scene of the series proves, he’s just as lost and fallible as the rest of us. It’s a tough truth to face, but that’s sort of the point. 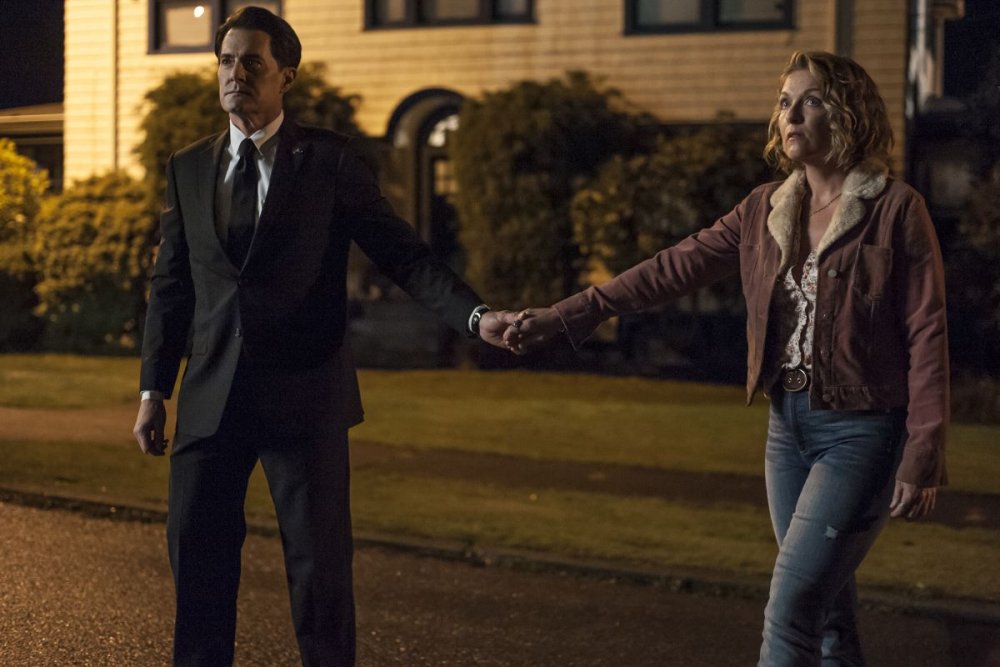 The time-hopping second half of Part 17 was, however, breathlessly beautiful. First we witnessed the rebirth of Diane (Laura Dern) from her eyeless tulpa trap in the body of Nae Yuuki’s Naido (yes, accusations of whitewashing can perhaps be levelled here, but that’s hardly new in Lynchland). Then Cooper stepped into the world of the Woodsmen, his meeting with Agent Teakettle-Bowie sending him back into the past, to February 1989 and the night of Laura (Sheryl Lee)’s death.

Did he really save her? Were the flashbacks to Pete Martell’s goin’ fishin’ trip real? Or was that moment of Orphean loss the true ending, as Cooper led Laura out of the underworld only to have her slip away at the last minute? Both, it seems, or neither. As Julee Cruise crooned over the closing credits, the world spins, and there’s nothing we can do about it. Either way it was a heartbreaking ending, genuinely emotional in a way The Return has sometimes struggled to be.

But of course, it wasn’t over. Part 18 began with a glimpse of happiness, as Janey-E (Naomi Watts) and Sonny Jim (Pierce Gagnon) welcomed their newly-fashioned Dougie back into the family bosom. It was to be our final such glimpse. This was one of the coldest, most unsettling hours Lynch has ever directed, comparable with the closing act of Mulholland Dr. both in its clean-break abstruseness and its grim, unnerving tone. The scene of lovemaking between Diane and Cooper was terrifying, his detachment only slightly less worrying than her apparent need to block him out entirely (a consequence of the rape her shadow-self endured, perhaps). 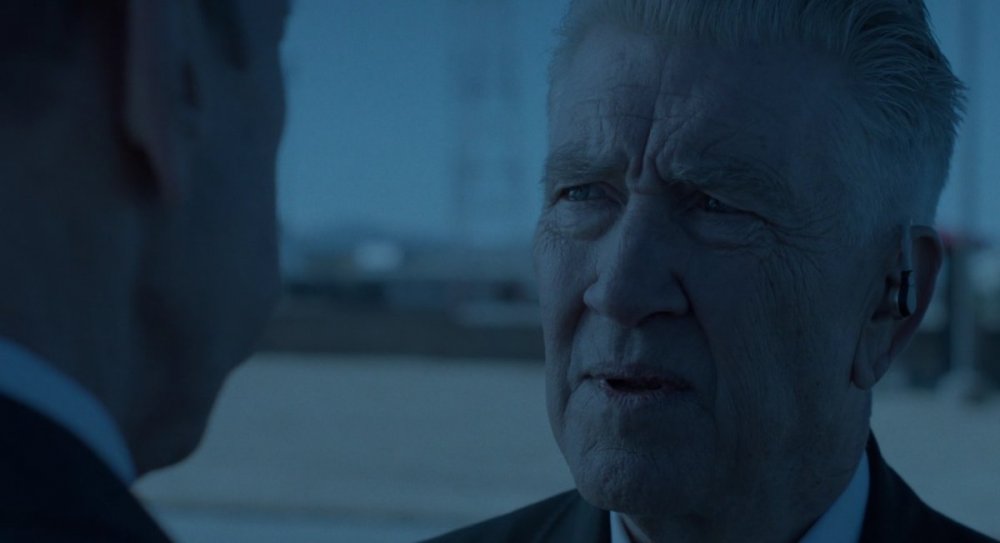 The Odessa setting was grittier than we’re used to with Lynch, all rust and grime and blowing sand. The scene in the diner was almost amusing, but already Cooper was starting to fracture, his edges becoming harder, his act of noble courage more brutal than it had to be. Still, we could sense him trying to do the right thing – finding Laura and taking her home, despite the fact that she had a different name and a dead guy in her living room. Their flight through the American night managed to be both oddly mundane and unbearably tense, two iconic characters brought together only to forget who they were, or were supposed to be. If this was our reality – and the final scene, in which Mrs Tremond was played by a woman called Mary Reber who actually owns the Palmer house, suggests that it was – then it proved too much for even Agent Cooper to handle. And that’s a terrifying thought to end on.

As with previous episodes, Part 17 drew heavily on Fire Walk with Me, weaving it seamlessly into the new footage thanks in large part to Sheryl Lee’s shadowed performance as Laura. Why this remarkable actress hasn’t had a more consistent career is a mystery greater than anything in Twin Peaks – but hey, that’s women in Hollywood for you.

We also saw clips from the pilot, digitally shaded to remove the body on the shoreline. Julee Cruise returned, albeit briefly, as herself – and what a masterstroke to have her performing not the theme song Falling but the even more haunting and evocative The World Spins. 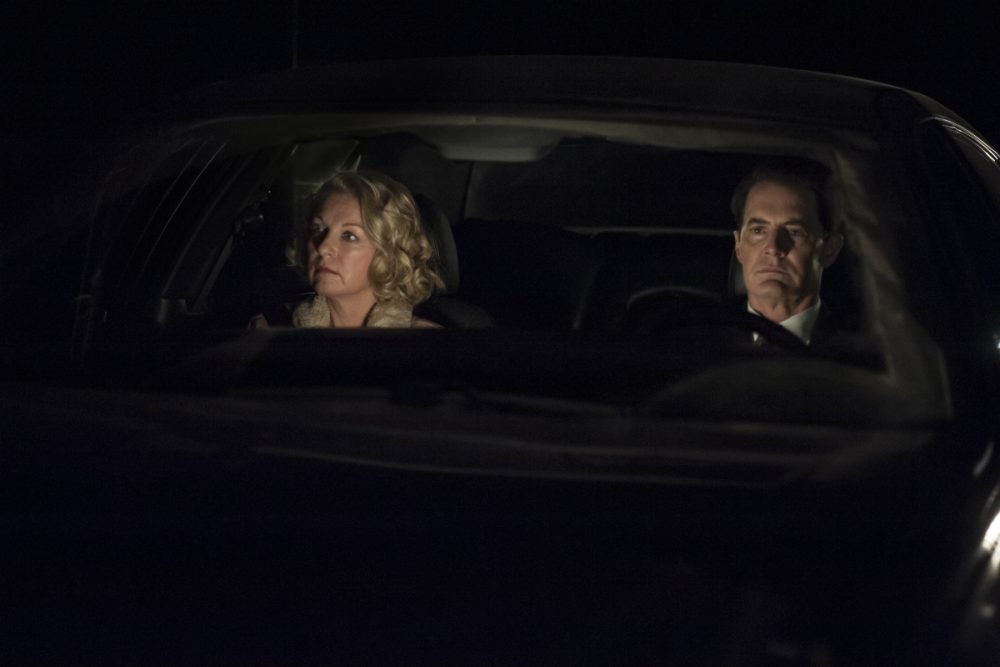 Surprise! Nothing you predicted came true. Okay, that’s not entirely accurate – in the past week, a few folks had picked up on the fact that Naido was almost an anagram of Diane. But Audrey’s vision of herself in a white room – the cause of feverish it’s-all-a-dream speculation among the fan community – wasn’t even referred to, while the names Richard and Linda didn’t end up applying to Richard Horne – Bad Coop’s son – and another child he might’ve had with Diane.

Ben (Richard Beymer) never solved the mysterious cosmic noise at the Great Northern, and he was one of the few original cast characters to show up in the finale at all. Yes, their blanket dismissal was a bit frustrating. But what did we expect?

There’s still at least one theory worth exploring, however, and it may become clearer with subsequent viewings. Perhaps the most intriguing moment in Part 17 was a shot of Sarah Palmer (Grace Zabriskie) stabbing her daughter’s picture over and over with a broken bottle. Do we take it that Sarah really was the mysterious, ancient and evil Judy all along? Was she the girl who swallowed the frog-insect, and did she marry Leland knowing he was Bob? Was the scene future, or was it past? And what does the little girl who lives down the lane have to do with any of it? We’ll never, ever know. But that’s okay.