Twin Peaks: the Return episodes 11 & 12 recap – bringing it all back home

As the series unfolds we’re spending more time in the town of Twin Peaks – but don’t go expecting easy nostalgia. 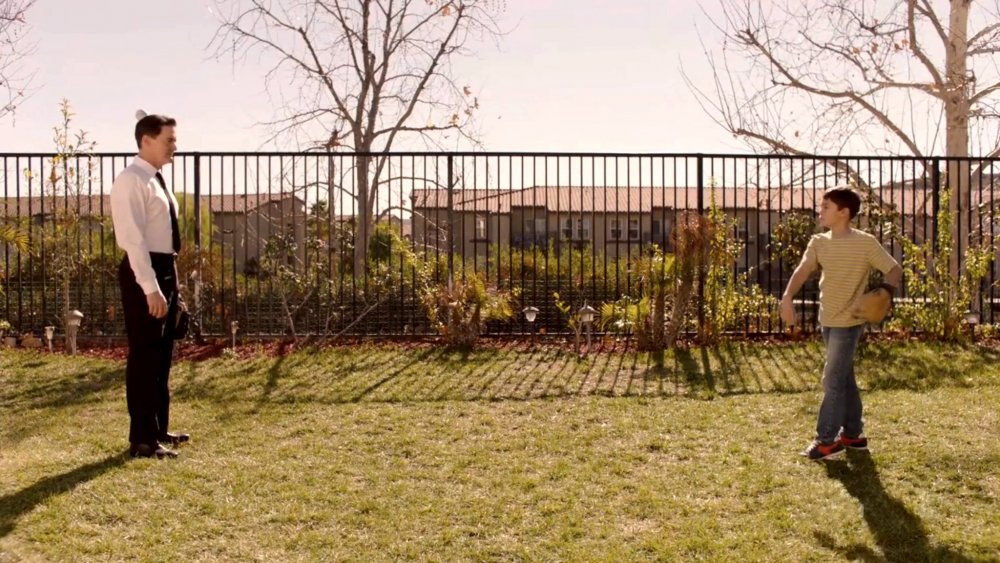 Twin Peaks: the Return was never going to be all about looking back. David Lynch has never evinced any desire to tell the same story twice – The Elephant Man is as different from Dune as Lost Highway is from The Straight Story. But Lynch and his co-writer Mark Frost know how the nostalgia game works – and how easy it would be to slip into. So if much of The Return feels like a conscious effort to confront and reject audience expectations (Audrey’s muted return in Part 12 being a perfect example), that’s because it is. This show doesn’t want you to be comfortable, ever.

But Lynch and Frost also know that a certain amount of wistful sentiment is inevitable – these are places we feel at home in, faces we know like family. And as new episodes give us more time in Twin Peaks itself, the writers do an impressive job of balancing the familiar and the strange. The wide shot of the Palmer house in Part 12 was a real sock in the gut: there’s the lawn where Laura wept in Fire Walk with Me, the street where James parked his motorbike that final night, the ceiling fan that slowed to a crawl in Sarah Palmer’s nightmares. But the house seems gloomy now, while its lone inhabitant is not quite who she used to be, still lost in that ‘bad story’ that happened a quarter of a century ago. 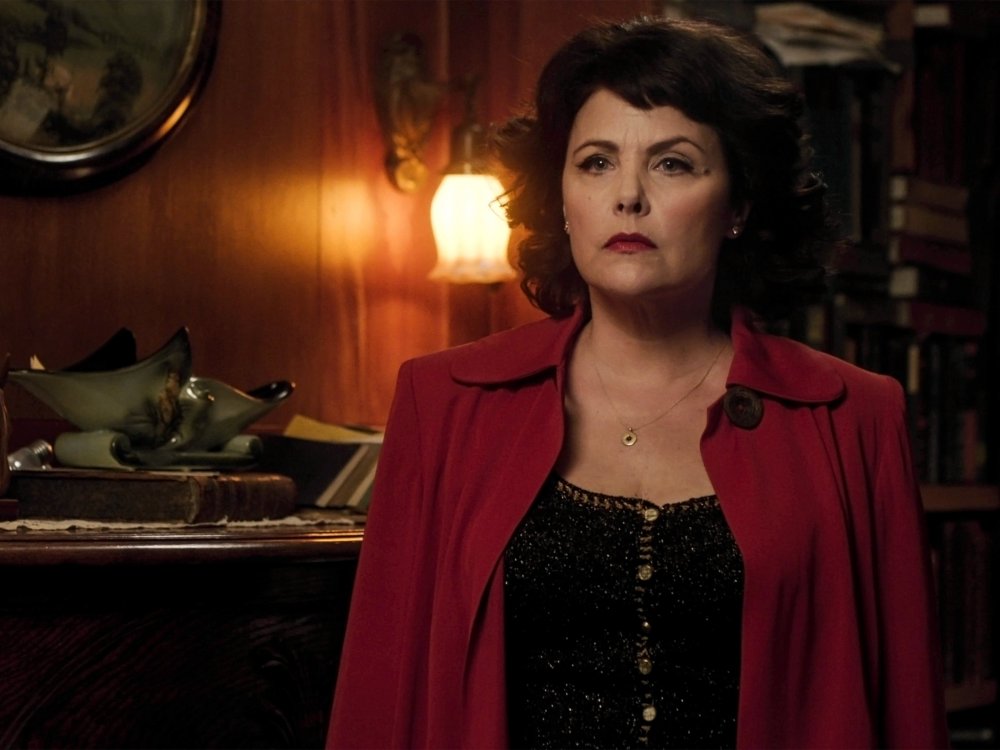 Grace Zabriskie is magnificent in her scenes as Sarah, freaking out at the supermarket before snapping back into something approaching her weary old irascible self when Hawk (Michael Horse) comes nosing around. In fact, the old cast acquit themselves superbly across both episodes: Horse is a paragon of straight-taking virtue, and though Audrey may have lost her innocence, Sherilyn Fenn does bitter and pissy as well as she ever did wide-eyed and flirtatious. Richard Beymer and Dana Ashbrook each exude a sense of sad-eyed sweetness as Ben and Bobby respectively – might both of them slightly regret ‘going straight’? It hasn’t exactly worked out: Ben’s grandson is a psychopath, while Bobby has to sit patiently while the love of his life (Mädchen Amick) goes chasing after this year’s bad boy, Red (Balthazar Getty).

On which note, there may be a trend emerging: over the years, the guys have largely stayed on the straight and narrow while the ladies – frazzled, alcoholic Sarah; bitter Audrey; man-crazy Shelley – seem to have made a lot of bad choices. Still, it’s probably best not to think too much about The Return’s gender politics – a scene of intended comedy with Gordon (David Lynch, 72) and his nameless Euro-squeeze (Berenice Marlohe, 38) was just plain awkward, a hot blast of creaky, old-fashioned chauvinism rescued only by Albert (Miguel Ferrer) and his deadpan eye-rolls. 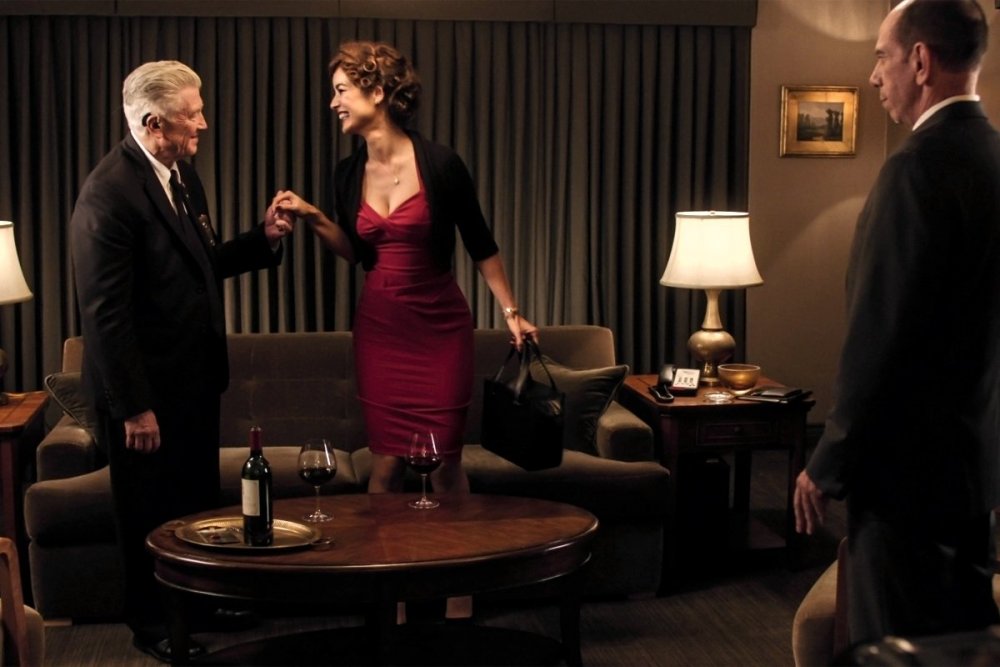 Elsewhere, the Gordon-Albert partnership continues to be the heart of the show, the ideal blend of boy-scout glee and cantankerous professionalism. Their discovery of the Zone portal may have recalled ropey 90s sci-fi serial Sliders, but it was imbued with real menace, culminating in the tragic head-explosion of poor Bill Hastings (hats off to Matthew Lillard, whose performance across his handful of scenes has been startling). And once Marlohe had flounced out, the hotel room scene was full of warmth and fraternal concern.

Other highlights across the two episodes included Bobby’s run-in with an enraged road user, spinning from extremist comedy to outright horror as her travelling companion began to spew grey slime. Carl (Harry Dean Stanton) made a heartfelt offer to his hard-up neighbour, reminding us that this is the most socially conscious artwork Lynch has ever attempted. And of course there’s still Dougie/Cooper (Kyle MacLachlan), finally getting to snack on some cherry pie and pronouncing it ‘damn good’.

The Return begins to eat itself, as Doctor Jacoby’s online ad for shit-digging shovels is repeated in its entirety, complete with adoring glances from Nadine (Wendy Robie). The conversation between Albert, Gordon and Tammy (Chrysta Bell) about Project Blue Book ties directly to Frost’s recent Secret History of Twin Peaks (and to decades of nutty conspiracy theories), and takes place in a room lined with heavy red drapes. 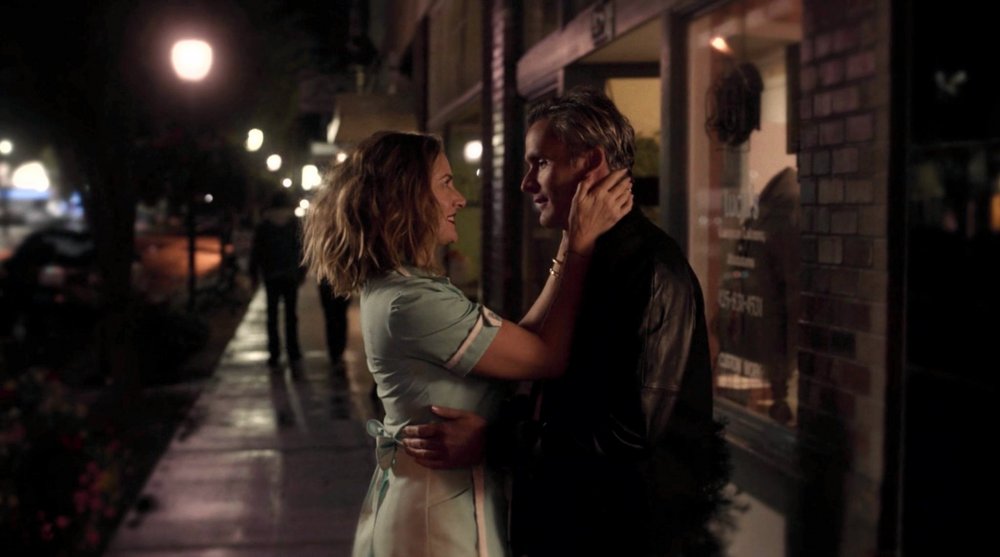 Mädchen Amick as Shelly and Balthazar Getty as Red

After the bizarre incident a couple of weeks back when some viewers claimed to have detected messages in the blinking of a Gulfstream jet’s windows, the latest wild rumours revolve around the differing appearance of certain letters in the Lynch/Frost Productions logo that closes the show. The precise relevance of blocking out the middle of a letter O is still to be defined, but hey – that’s why the internet exists.

Part 12 closed with two lengthy, almost back-to-back conversations between people we hardly know about and people we don’t know at all. Audrey and her husband Charlie (Clark Middleton) discussed Chuck, Tina and Billy. Moments later at the Roadhouse, Natalie (Ana de la Reguera) and Abbie (Elizabeth Anweis) chatted excitedly about Angela, Clark and Mary, briefly interrupted by Trick (Scott Coffey). Audrey aside, that’s a total of ten names to keep track of – will any of them prove relevant, or is this just Lynch poking fun at the very idea of sprawling, tangled soap opera casts? I strongly suspect the latter.

Related to Twin Peaks: the Return episodes 11 & 12 recap – bringing it all back home