After the nuclear nightmare of episode 8, some semblance of normality is restored in Twin Peaks: the Return. But is that really a good thing? 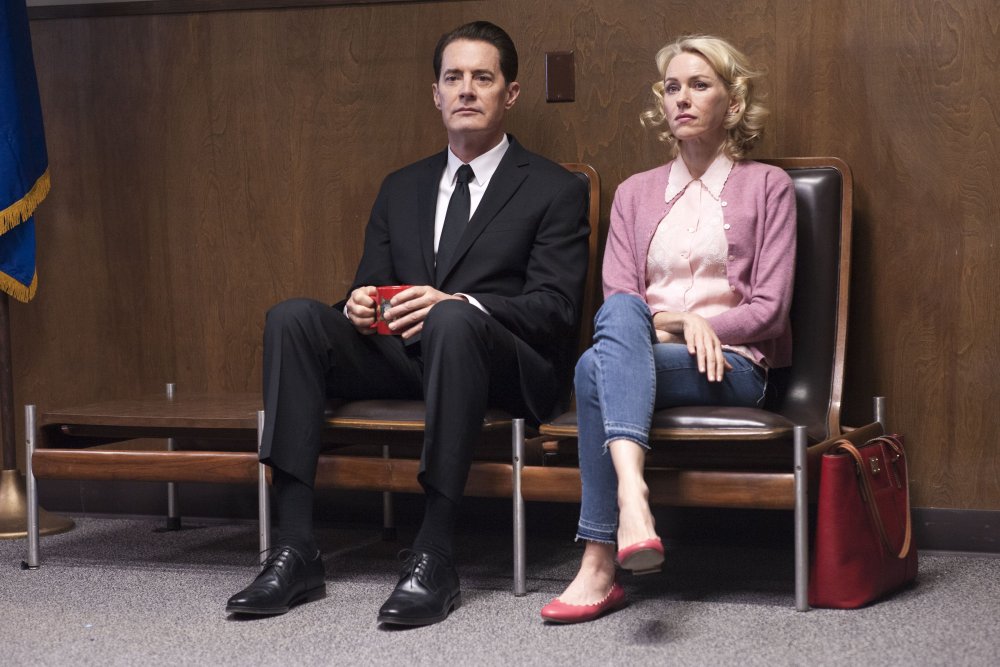 Kyle Maclachlan and Naomi Watts wait out Episode 9 of Twin Peaks: the Return

Even the most hardcore Twin Peaks fanatic will admit that the original series wasn’t perfect. There were slow patches, storylines that fizzled out and characters who just didn’t fit (hello, Little Nicky). And while nothing in The Return has come close to the flat-out rottenness of the Evelyn Marsh or Miss Twin Peaks storylines, bits of Part 9 and especially Part 10 feel strangely anonymous. Does anyone really care what Las Vegas gangsters the Mitchum Brothers (Robert Knepper and James Belushi) and their disaffected trio of waitress-housemaid-girlfriends get up to behind closed doors?

In Twin Peaks, Richard Horne (Eamon Farren) is still monstering his way about the place, picking on his poor grandma Sylvia (Jan D’Arcy) and battering an innocent woman to death in her trailer. Jerry Horne (David Patrick Kelly) is still out of his gourd in the forest, his fleeting interruptions starting to feel like Fast Show sketches (“This week, I have been mostly smoking…”). And of course Cooper/Dougie (Kyle MacLachlan) is still meandering around Vegas, sipping his coffee, fixating on women’s shoes, perplexing his GP (Star Trek sidekick John Billingsley) and enticing his wife (Naomi Watts) with his washboard abs. Shouldn’t the doc also have spotted Cooper’s abdominal gunshot wound?

And yet, like pizza, average Twin Peaks is still light years ahead of just about anything else, and dotted throughout both episodes are moments of pure wonder. Bobby Briggs (Dana Ashbrook) receives a coded message from his deceased father, tying into the Major’s ‘My vision of you’ speech in the original series, delivering perhaps the most emotionally resonant material in the series so far. Nadine Hurley (Wendy Robie) really did get rich off those drape runners, opening the groan-inducing Run Silent, Run Drape curtain emporium (that pun has Mark Frost’s fingers all over it). Carl Rodd (Harry Dean Stanton) croons a transcendent version of Red River Valley outside his tumbledown trailer. And Gordon (Lynch) and Albert (Miguel Ferrer) continue their cross-country jaunt, encountering both mystery – is Diane (Laura Dern) really working with Mr C? – and tentative romance, as eyes lock across a crowded mortuary. 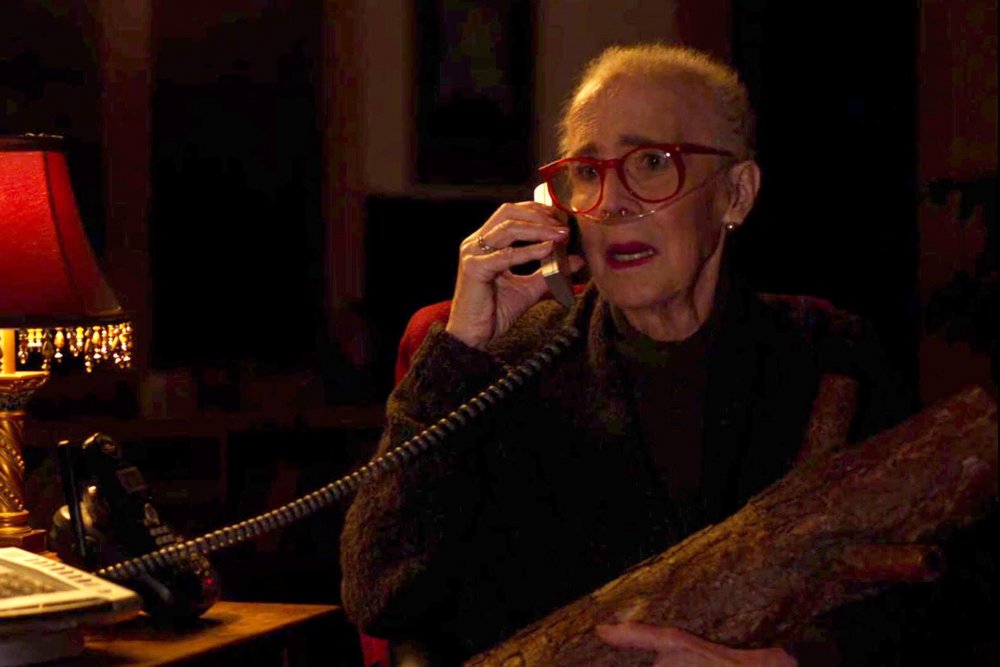 And right at the end of Part 10 comes a scene that puts everything before it – and perhaps the series as a whole – into perspective. It had been suggested in Part 8, but a hushed, poetic speech by the Log Lady (Catherine Coulson) confirmed it: The Return is the most coherent and timely political statement Lynch has ever seen fit to deliver, a fractured elegy for a world tilting towards chaos, all stemming from the discovery of nuclear power seven decades ago. “In these days, the glow is dying,” Margaret tells Deputy Chief Hawk (Michael Horse), tears glistening in her eyes. “What will be in the darkness that remains?”

From the robins in Blue Velvet to the noble death of Laura Palmer herself, Lynch has always been at least a sideways optimist. What hope will he find to offer in the last eight episodes of The Return? 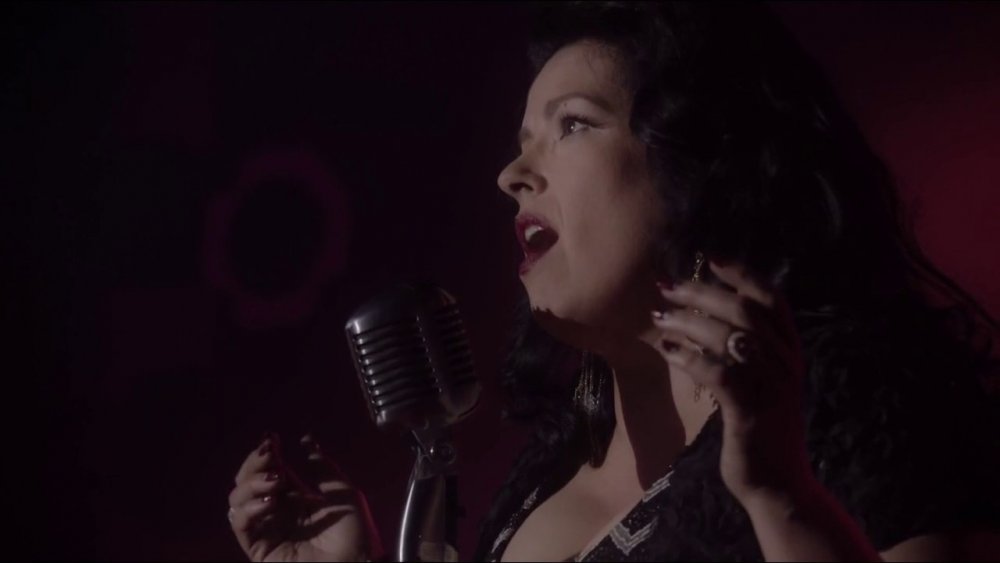 Part 10’s closing performance by Rebekah Del Rio was the most purely Peaksian musical interlude yet, strongly reminiscent of The World Spins from Julee Cruise’s Floating Into the Night album. The song No Stars was actually co-written by Lynch and his regular musical cohort John Neff, so perhaps it’s not surprising.

Elsewhere, Lynchian nuggets were in short supply: there were a couple of nods to the director’s artwork, both in Gordon’s sketch and the bizarro flashing teddy bear owned by Johnny Horne (Eric Rondell). And the more we see of Richard Horne, the more he feels part of a villainous tradition stretching all the way back to Frank Booth and Bobby Peru. 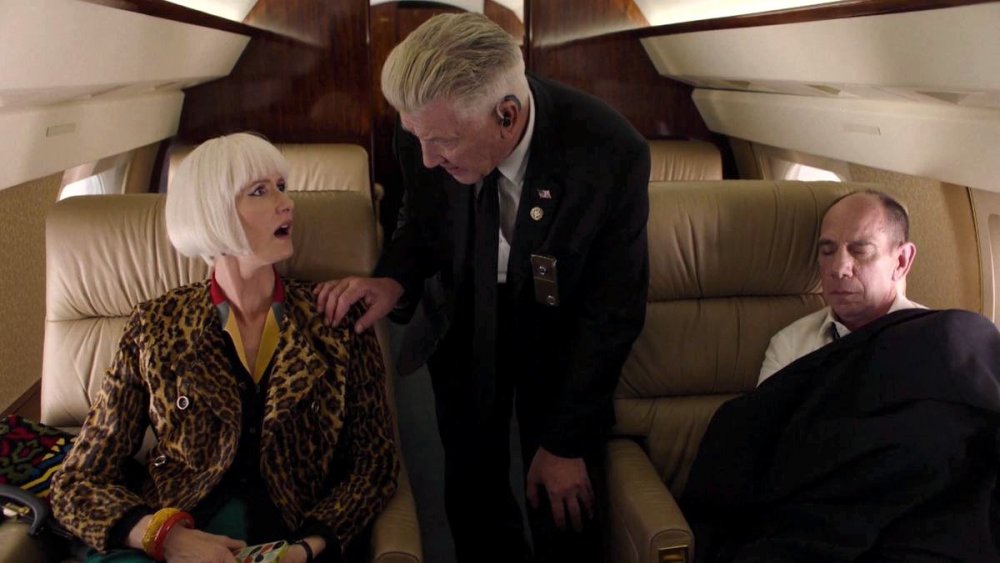 Laura Dern as Diane, David Lynch as Gordon and Miguel Ferrer as Albert

Several dangling threads have started to look a lot less loose of late. We now know that William Hastings (Matthew Lillard) wasn’t just a random victim of cruel circumstance, but the owner of a website called The Search for the Zone). The site deals with the hunt for other dimensions, and we learn that Hastings has actually stepped into the Zone and met Major Briggs, before being chased out – possibly by the woodsmen. That would explain that dark presence in the neighbouring cell back in Part 2, but not why Major Briggs stayed the same age while Cooper grew older.

Elsewhere, is Diane really working with Evil Cooper – and if so, is she herself evil, or just so trusting of her erstwhile boss that she’ll follow him anywhere? Will one more assassination attempt finally bring Cooper back from his fugue state? And where the hell is Audrey Horne?