Sheffield Doc/Fest, the UK’s largest nonfiction film festival, this year boasts a programme featuring more than 180 films. Such scale can make it all seem a little impenetrable. One of the safest bets in recent years has been the regional focuses, a side-lying strand that offers a small selection of new work from a specific country. Last year it was Lebanon in focus, the year before that India. This time Japan falls under the lens.

The strand’s peripheral nature seems to grant the programmers an opportunity to pick the sort of projects that might not find space in the festival’s main selection, pulling in more marginal work or films from lesser-known voices. This seems especially true this year, with a selection of work from contemporary Japanese artists and filmmakers working at the edges of what would usually be constituted as nonfiction, blending documentary subjects with aesthetic techniques that are more familiar in the avant-garde.

Many of the filmmakers in the strand seem to be looking to continue the legacy of experimental filmmaking that emerged in the country between the 1960s and the 80s, from filmmakers like Matsumoto Toshio, Ito Takashi or Kawanaka Nobuhiro. This is acknowledged in the positioning at the strand’s centre of a programme of Matsumoto’s own shorts from that period, with a live accompaniment by Japanese noise rock band Bo Ningen. This programme – featuring impressive formal exercises from the filmmaker such as Atman (1975) and Engram (1987), as well as the seminal, still awe-inspiring multiple-projection piece For the Damaged Right Eye (1968) – offers a good starting place for the selections that sit around it. 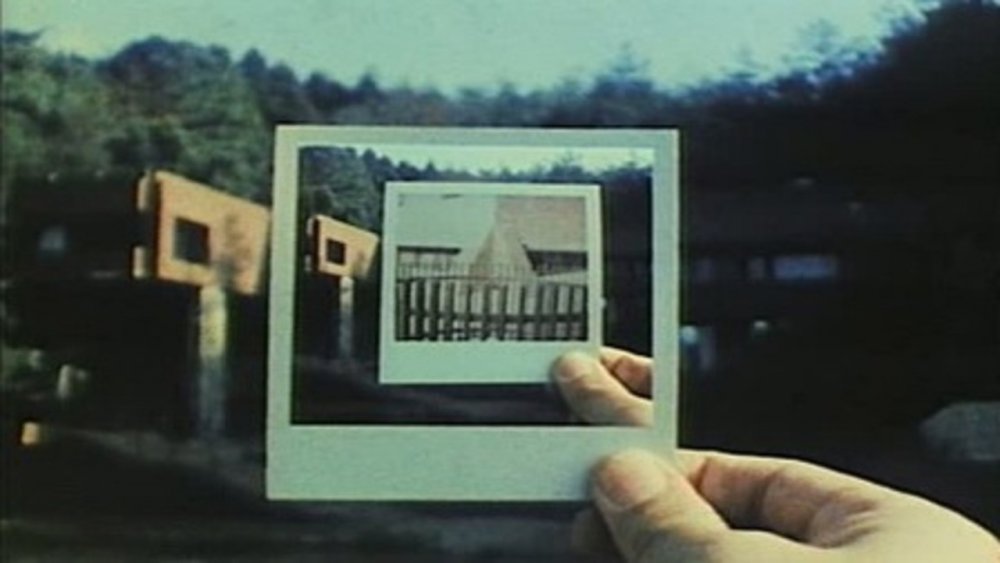 Most befitting is the film included from Makino Takashi – an artist with one of the most distinctive and committed styles in contemporary experimental moving image – which will also be presented as a performance.

Most of his many, entirely abstract films assume a similar shape. A growing wash of filmed images are layered over each other, creating a dense, abstract plane of mostly indeterminable visual material that oscillates around the screen, growing in intensity alongside an droning accompanying musical composition, often provided by an experimental musician such as Lawrence English, Simon Fisher Turner or Jim O’Rourke, or else made by Makino himself. The result is intense – a cataclysmic abundance of sound and image that swells imposingly from the screen.

This new one, Memento Stella (2018), may have the most fitting form for his practice to assume. The abstraction here takes the shape of a solar system, a bristly vista of blended imagery that appears as a blanket of vibrating stars, dilating into various colours over the runtime. Those expecting development will leave disappointed, as the pleasure here is purely meditative, arguably even spiritual: a serene, sensorial wash of dense, minimal sonics and floaty, dancing stars that only transfixes further as the duration continues. 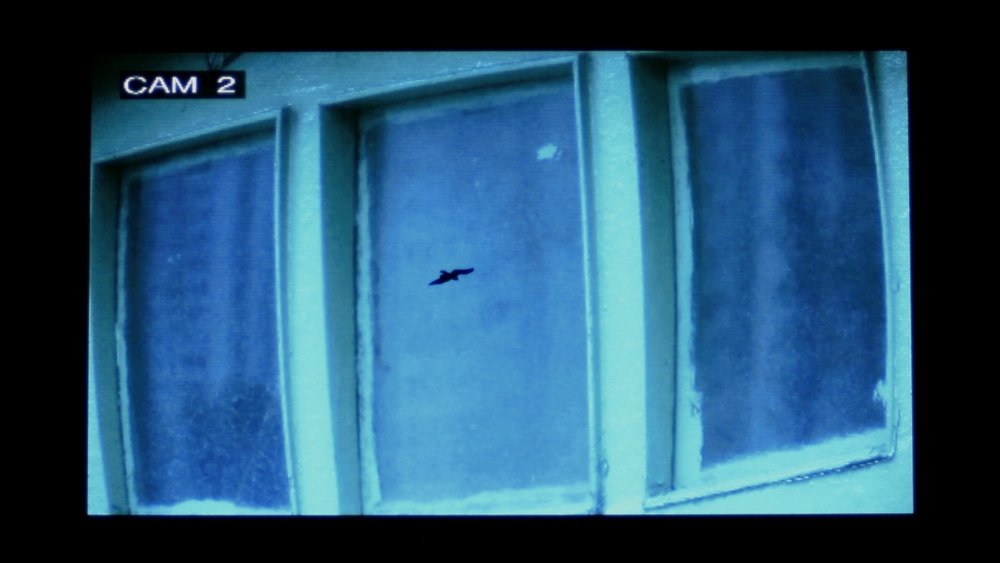 Rei Hayama’s The Pearl of Tailorbird, a ‘cinematic derive around Hong Kong’

Along somewhat similar lines is The Pearl of Tailorbird (2019), the new film from Rei Hayama, an artist with whom Makino has collaborated in the past. Presented originally as a 13-channel installation, it screens in Sheffield as a single-screen film. Featuring an array of associatively edited images (a colourful set of street scenes, forest floors, birds in silhouette, floating televisions, the odd shot filmed from security cameras) that are described in the project’s text as a “cinematic derive around Hong Kong”, the film is beautiful, if initially a little impenetrable.

Hayama’s wandering images are anchored by a minimalist soundtrack in the form of an intermittent cycle of bird calls, the artist emulating these sounds herself. Musing broadly on the act of translation by using images that interpret her emotional experience of the city into visual form, the film looks at the various forms that language can take, slipping wilfully between these various communicative modes (text, visuals, sounds and signs). The replicated bird calls act as another form of translation: a sound that can be recreated but a language that cannot be understood.

A Japanese-Peruvian collaboration, Yu Araki and Daniel Jacoby’s Mountain Plain Mountain (2018) also muses abstractly on language, using various forms of film grammar to build a strange ethnography of the sights and sounds of the Banei Tokachi Obihiro Horse Race Track, Japan’s last remaining draft horse race circuit. Switching styles frequently, the film presents elements of the course as slices without context or explanation, often obscuring the images and sounds or making them otherwise unrecognisable. A segment of a sign appears, a series of peculiar words are read by an announcer, a trainer is seen performing without his horse. Working out how the various scenarios depicted might relate to the race starts to feel a game.

This effect is intensified by a memorable central sequence focused on the voice of the race commentator. On the soundtrack he is heard spluttering out rapid-fire gibberish, and flashing on-screen text describes what it sounds like he might be saying. Close-ups of abstract paintings are then spliced in between the annotations, everything moving ever more frantically. First comical, then somewhat hypnotic, by the end the sequence feels transcendent, the garbled word salad seeming more like avant-garde poetry than race commentary, rendering the ordinary sublime.

In Shelly Silver’s Chris Marker-styled science-fiction essay film A Tiny Place That Is Hard to Touch (2019), another cross-continental collaboration loosely based around language, Japanese-language narration tells a story of an American researcher’s interactions with a Japanese translator, an engagement that veers from professional towards something closer to romance, before imploding entirely alongside revelations about the end of the world. As a film about Japan made by an American artist that plays off this cultural distance, it sits somewhat strangely in the strand, yet remains beguiling nonetheless, rich with abstract architectural imagery that is always elegantly framed.

The trailer for Soda Kazuhiro’s The Big House

Its inclusion makes more sense perhaps considered next to its opposite, Soda Kazuhiro’s The Big House (2018), a film set in America but made with a Japanese perspective. It’s the eighth in this distinguished, sometimes overlooked filmmaker’s series of direct cinema-style observational portraits, this time made with professors Markus Nornes and Terri Sarris and 14 of their students at the University of Michigan. The ‘house’ in the title is the university’s college football stadium, large enough to hold the entire population of its host town, Ann Arbor, and the focus is on the countless components that, on a game-day, go into not just filling it, but making it work.

Trailing the various individuals – players, fans, cheerleaders, cooks, and coaches – who are spread across the stadium, the film cuts a cross-section of an institution, like a recent Clare Simon or Frederick Wiseman film, but with a more agile camera and a focus that is more flighty, as can be seen in the opening shot in which an army veteran parachutes into the ground, a GoPro helmet cam strapped to his head capturing it all. Even if the film is not always so experimental in form, the collaborative form of the filmmaking – with Soda’s students all shooting and sharing their work together, producing something compelling and cohesive as a result – certainly is. 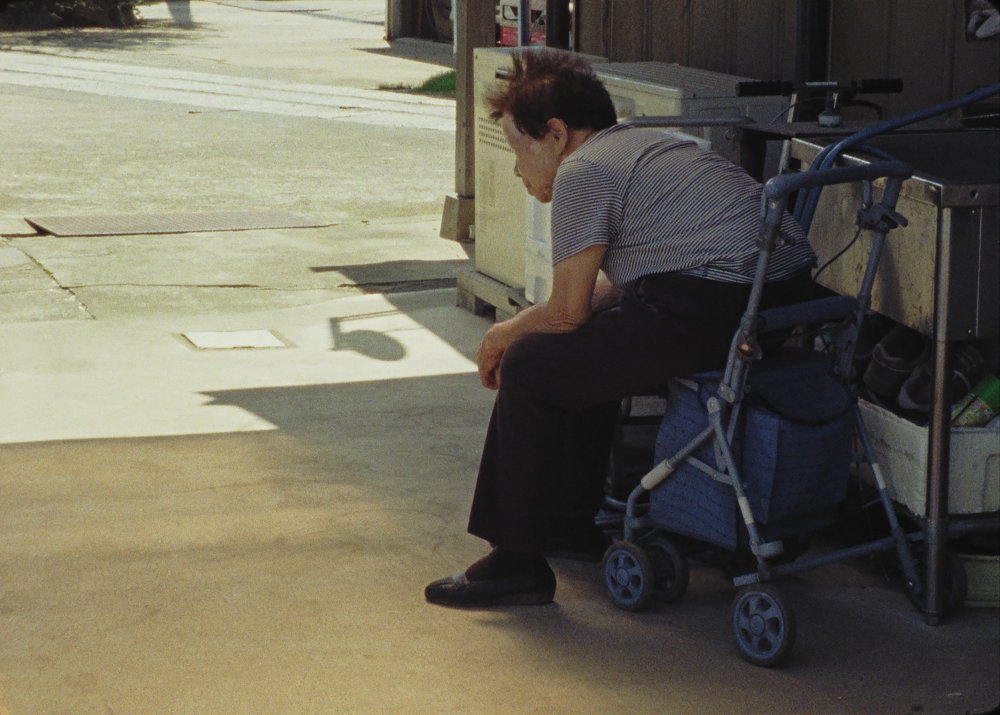 Two last films were the least avant-garde, and both happened to be family focused. In Chiemi Shimada’s Chiyo (2019) the filmmaker uses her grandmother as a means to depict the rhythms of suburban life in Japan, filming her daily tasks in soft 16mm, and capturing the light as it lands around her. A pleasing, unassuming film, it shared a mood with Yuki Kawamura’s Norie (2018), one that is pensive and plaintive but never quite mournful, a celebration of life tinged with an awareness of the fragility of it.

Norie features Kawamura travelling with his father to Sapporo, the seaside city where the filmmaker’s parents lived until his mother died aged only 32, her children too young to remember her. “Following the photo album,” as his father puts it, they tour the places that the couple used to spend together, Kawamura filming the sights they see in delicate black and white whilst mining his mother’s old friends for the memories he does not have of her. 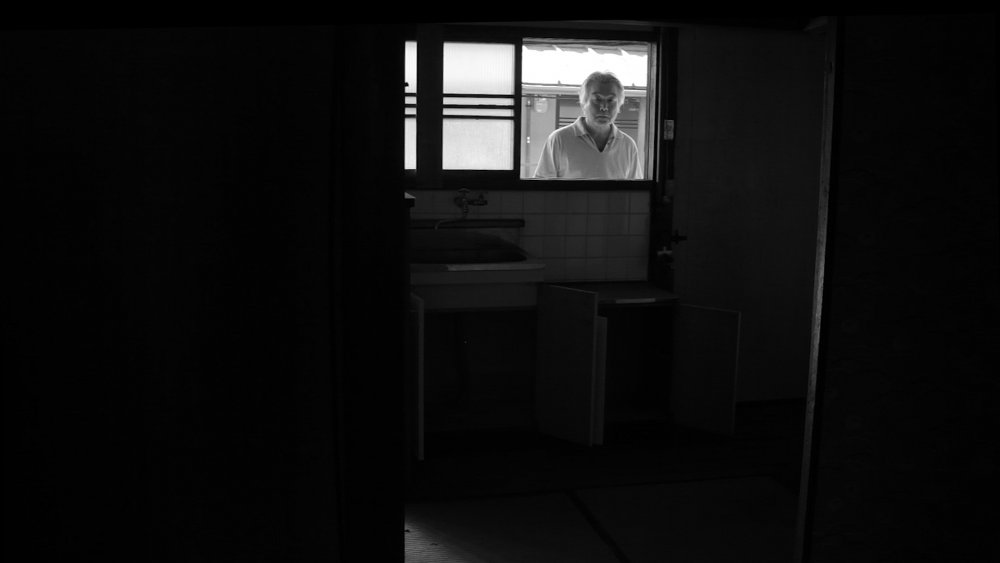 After a while, it all proves too much for the filmmaker’s father, pulverised by the pressure put on him by the film project. “Please, don’t make me think of your mother anymore,” he says over a beer, his son’s camera always rolling. “It’s too hard.”

The toil that this sort of prolonged, penetrative search for answers evokes in him is clear, but so are his son’s reasons for provoking it. Three decades after his loss, he hasn’t moved on much, but the film’s moving final scene sees them both get somewhere closer to closure. A film with a largely conventional form, its experimentation is more subliminal, a push and pull between what the value of the project might be and what is worth risking to make it work.