The Japanese director’s first feature is on nationwide re-release as part of the BFI Southbank’s retrospective of his exquisitely sensitive work. Here’s how we reviewed it in 1996, as beautiful, perverse and beguilingly minimalist. 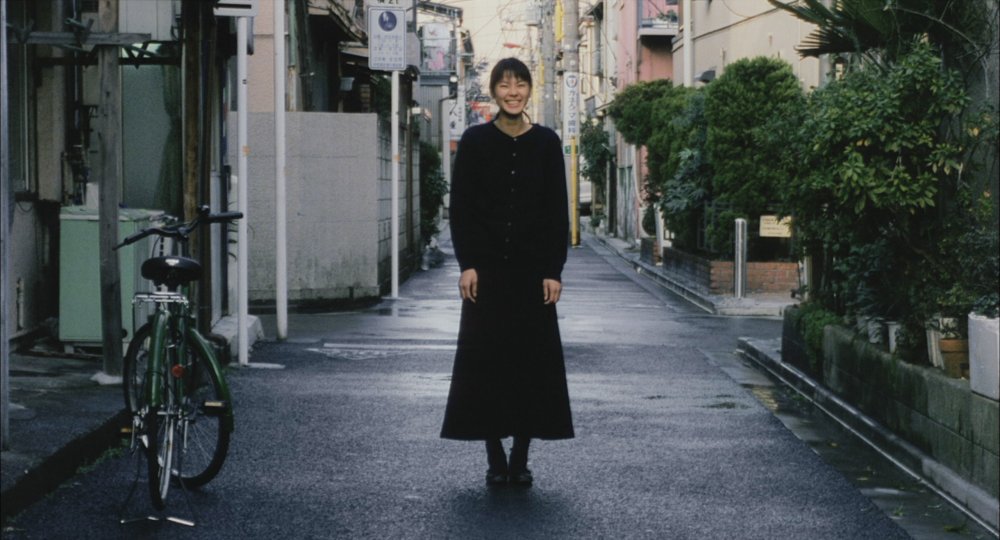 This sombre, ravishing, almost motionless film could come across, if encountered in the wrong mood, as an absurd parody of non-Hollywood cinema, so ruthlessly does it focus on anti-spectacular arthouse themes and treatments. Made by debut feature director Hirokazu Koreeda, whose television work has won awards in Japan, it’s as mannered and ‘pictorial’ as a Peter Greenaway work, and psychologically as fiercely single-minded as Eraserhead. It’s also far more astringent than either – and yet far more casually and likeably realistic in small but potent doses.

Aka Maborosi No Hikari (Phantom Light)

The ‘action’ is staged in the moments and spaces most movies leave on the cutting-room floor. For Yumiko’s story is shaped by events off-screen, by things that never happen, while the style – the narrative obliqueness, the preponderant drabness, the sheer physical presence of what in other films would be mere setting – causes us to forget the more ordinary distinctions between figure and ground, or indeed between figure and landscape. The more Yumiko allows the landscape she’s in to express her state of mind for her, bewildered as she is by the suicide of her apparently happy husband, the more she risks falling into the same doomed fascination with the non-living that captured him. And as fabulously caught on film as this non-living external world here is, if we take it to be the expression of Yumiko’s internal states, we simply echo her confusions about the good and the bad that are both caught up in beauty (the unravelling of this being the drama that unfolds).

Few films have been so determinedly underlit. Even in day-scenes, Maborosi’s light is somehow dilute, mostly falling as slantwise as the minimalist story exposition; great pools of shadow engulf the screen; often characters are only seen in silhouette; several night scenes take place in absolute black (punctuated by absolute silence). The camera rarely moves and yet there are images here as strikingly lovely as any you’ve seen and others as sweetly alive: such as the way Yumiko’s hair swings as a child, outlined in shadow as she runs down a passage towards daylight. In long shots, often held for an age longer than others would dare, tiny figures walk slowly on distant horizons, dwarfed by sky or mountains: the weather seems not so much art-directed as a perfectly cast character actor, brilliantly improvising (across a deep long shot of villagers in a funeral procession, a sudden, epiphanic snow-flurry comes out of nowhere). 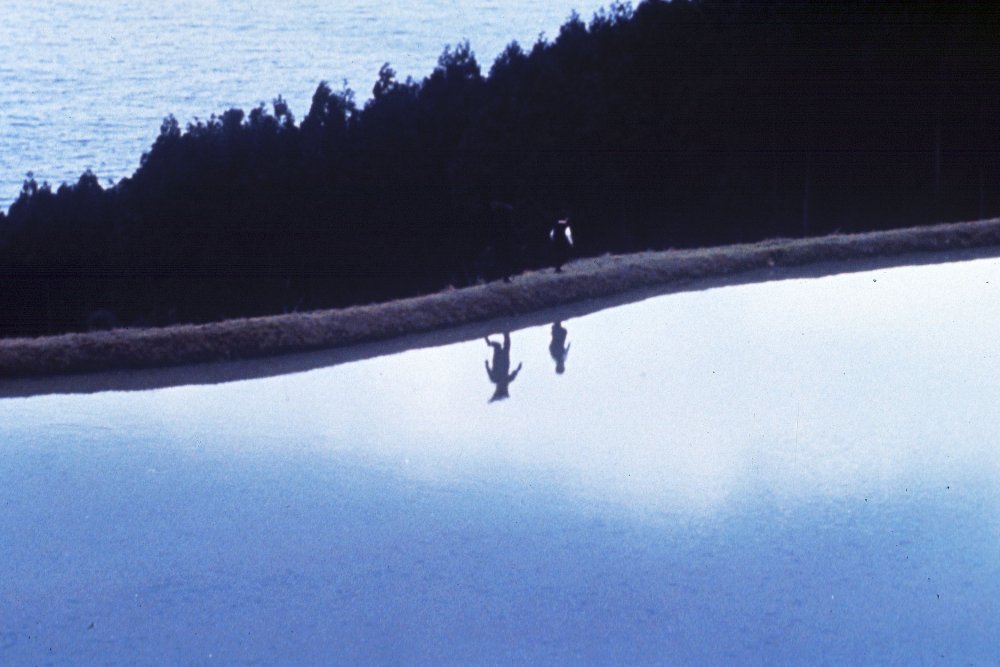 Osaka, as filmed here, is a city of people in distant rooms, round corners or in other streets. Silent for long stretches, the soundtrack is otherwise as much a mumble of voices off – a neighbour’s loud radio, a roomful of revellers elsewhere in a house – as it is a presentation of on-screen dialogue.

Like anything so fanatical, perverse and ludicrously daring, Maborosi is soon compelling: at first you wait for such extreme strategies to come a cropper; later they become a huge shared joke (as the bleakness reaches top pitch, director Koreeda has such sly turnabout fun with a scene at a bus-stop that you just want to laugh). But if the suddenly-nothing-happened tone is sustained almost too well, the virtuoso patience you’ll feel you are expending is well rewarded by tiny but concentrated morsels of observed everyday behaviour (Koreeda rations these as rigorously as he does light).

The mise-en-scène may keep suggesting life inside a Rothko painting – all the world taking on the stillness of a house on the day someone who lived in it is being buried – but the life lived in this world is as far as it could be from the portentous European arthouse treatment of dreary old Love-and-Death. Totally absent is the mordant religiosity of Robert Bresson’s worst characters, or the verbose self-torture of Ingmar Bergman’s: it’s as if the burden of downer-expressivity carried by the terrain can free those who walk through it from the wearisome need to be ‘deep’. So the children, ungainly, unaffected, self-absorbed, bounce about in half-melted snow, or run – in one gorgeous moment – out of the mouth of a gloomy culvert into a verdant microparadise, without noticing the perilous, impersonal beauty around them. While the old are just practical, relaxed, even playful; to them, such beauty is an ancient enemy, and defeatable (though it always returns). 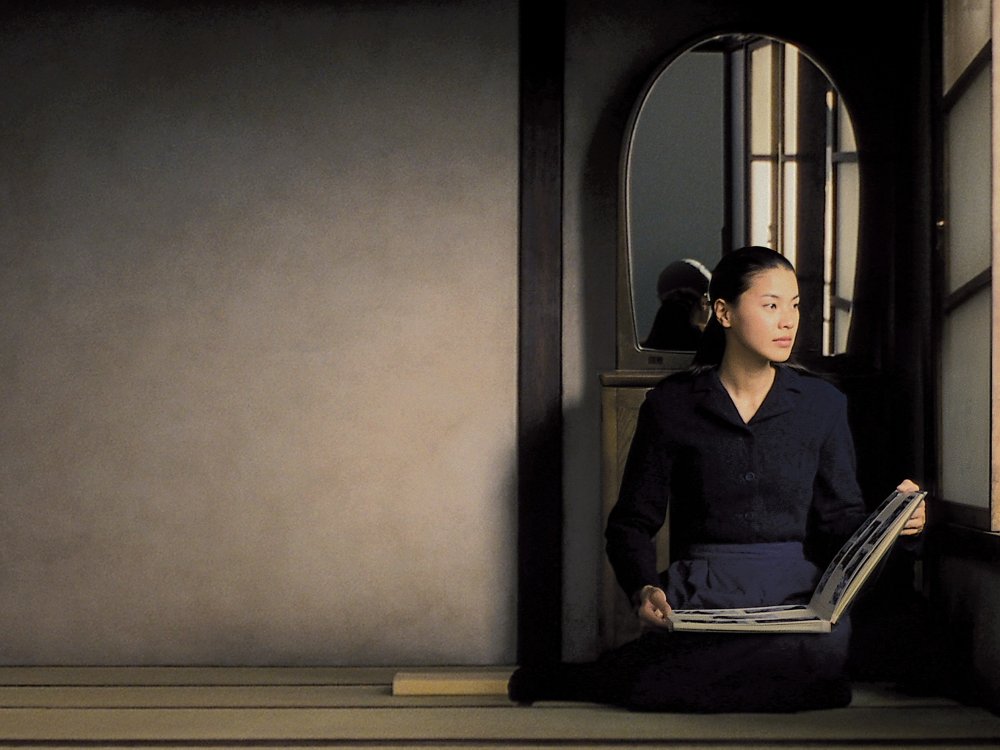 When she gets the chance to use them, actress Makiko Esumi (who used to be a model) has a naughty grin and long-limbed verve. Esumi’s natural will to move and laugh, to be ordinary and have fun, becomes the pleasure we as viewers increasingly hunger for. But we also begin to realise that this will be Yumiko’s salvation, once she stops needing to bottle up this side of herself, to stay still, to face disaster as stone. The landscapes, the seascapes, the neon city, the ramshackle coastal town, are all grippingly beautiful as filmed here. But they also represent the maborosi of the title, the illusory gleam projected from the distracted inner world onto the outer.

Nor is the projected visible the only carrier of peril for the unwary: in the early scenes in Osaka, the whisper of the train slipping past is the beguiling non-alive danger into which anyone living may tumble; later, in the village, it’s the endless sigh of the waves. “The sea is awesome,” Yumiko says to Tamio, when she first sees it. “Yes. Perhaps too much so,” he replies. Until she can conquer the powerful spell of the object-world – this holy beauty-trap – its vast, relentless, imperturbably bewitching inhuman thing-ness will be a seamlessly threatening objective correlative of her inner lack, her bleak, blank griefs, the guilts and worries and not-knowings of the left-behind. 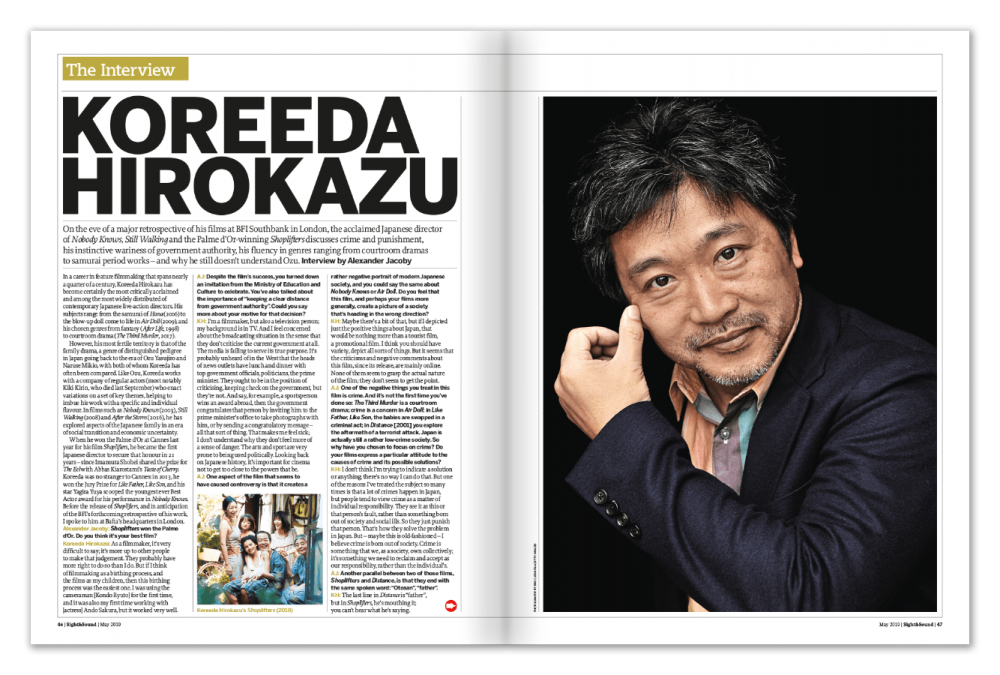 On the eve of a major retrospective of his films at BFI Southbank in London, the acclaimed Japanese director of Nobody Knows, Still Walking and the Palme d’Or-winning Shoplifters discusses crime and punishment, his instinctive wariness of government authority, his fluency in genres ranging from courtroom dramas to samurai period works – and why he still doesn’t understand Ozu. Interview by Alexander Jacoby.