Koreeda Hirokazu won the Palme d’Or at Cannes with this nuanced and immersive drama about a makeshift family group, and rightly so – there is compassion in every frame.

from our December 2018 issue 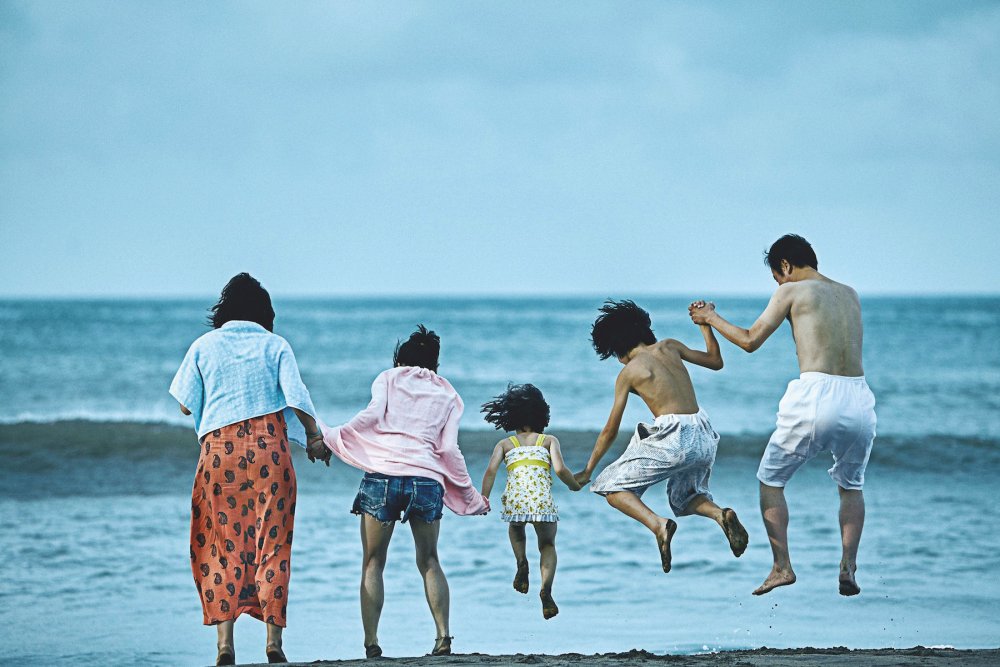 The cast of Shoplifters

It’s a critical truism that Koreeda Hirokazu’s domestic dramas have made him the modern heir to the likes of Ozu and Naruse. Those Japanese old masters, however, never cut and diced the nuclear family in the way Koreeda has done so assiduously in the course of his expanding and increasingly valuable filmography.

Right back in 2003, Nobody Knows put together different kids from different fathers in a Tokyo apartment and left them to create their own sibling bonds after their single mum abandons them. Subsequently, I Wish (2011) cast two brothers to opposite ends of Kyushu when parental discord places one twin with the aggrieved mum, the other with the feckless dad, but saw brotherly connections maintained by the prospect of a new bullet-train line.

From split to switch in Like Father, Like Son (2013), where the discovery of a hospital mix-up left the posh architect and happy-scrappy shopkeeper realising they’d been bringing up each other’s biological offspring for the previous six years, setting up an exchange to test the very meaning of parenthood. Meanwhile, in Our Little Sister (2015), the death of the father who’d long since forsaken three daughters for a second wife and family offers them a chance to rebuild bridges when their half-sister from the second marriage comes to live with them in idyllic Kamakura. By contrast, in After the Storm (2016), it’s actually the shambling dad trying to put things back to the way they were, after a typhoon lands him, his son and his ex-wife under the same roof to reconsider where it all went wrong.

You’d be forgiven for thinking that Koreeda had already moved the same pieces around the board every which way, but then comes Shoplifters, a film that could be seen as a culmination or summation of his achievements to date. After introducing us to a man and a young boy working in tandem to thieve from a supermarket, it returns to the rundown old house they call home, where there’s also what looks like grandma, a mother figure and a college-age daughter. 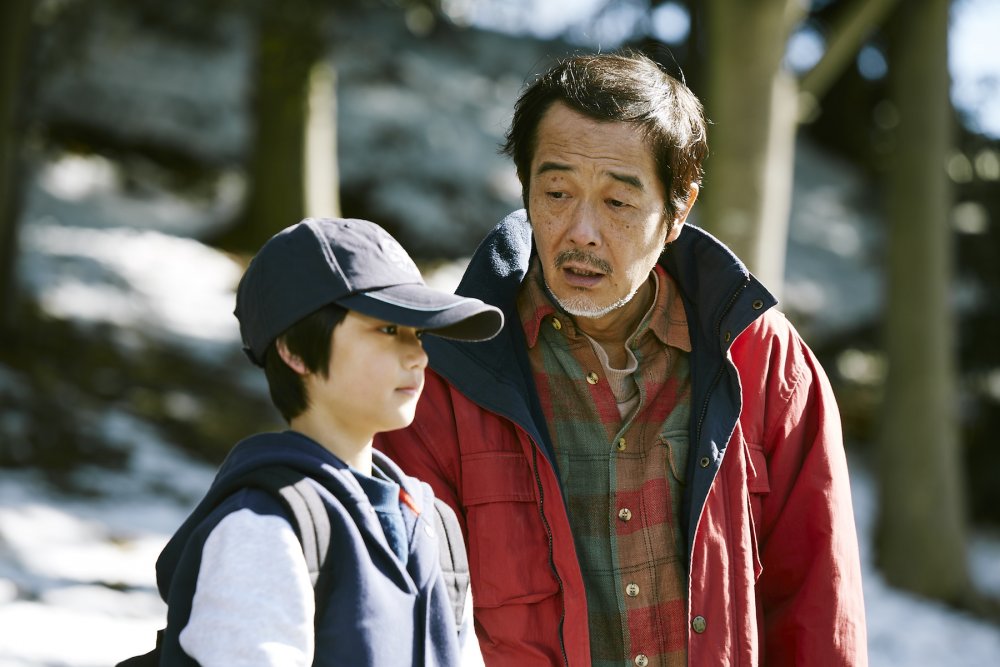 A poor but happy family, then? Soon they are joined by a new arrival, a cute little girl from the neighbourhood whose mother has clearly been neglecting her. It’s more than an overnight mercy mission, since before long she is out on the knock with the rest of the gang, while on the TV news we see the distress of a mum unaware that her missing daughter is just streets away. All of this gets us wondering about the rest of the clan – can you really pick ’n’ mix kids and grown-ups like this and call it a family? And whatever you call it, does the emotional mileage of lived, shared experience form a bond as strong as the chain-links of DNA?

Questions, questions, and over the next two hours the precise backstory of how these folks came together becomes clearer, as Koreeda signals his sense of a broader definition of ‘family’ – even if this means flouting convention and the law. It’s an utterly absorbing journey, not least because as viewers we have to pay attention to every little nuance of behaviour and seemingly throwaway aside (why does the ringleader want his little apprentice to call him ‘papa’?). These characters don’t speak in handy expository nuggets that allow the audience to catch up – it’s a mark of Koreeda’s masterly writing skills that he is prepared to risk the gradual accumulation of information, taking plenty of time to put the whole picture on show.

That’s quite a turnaround from the story structure in many of his previous offerings, where the conceit – swapped babies, divided or reunited siblings and so on – is flagged early on, and the narrative tension is about how everyone will cope with their changed circumstances. The Shoplifters approach undoubtedly makes it more challenging to write – and more demanding for the audience – but is ultimately even more rewarding for its cumulatively immersive effect. It requires your investment, but amply pays it back.

That’s quite aside from the whole issue of approval or disapproval and how it affects our response to these, well, criminal protagonists. The stigma around breaking the law is even greater in Japan than it is in the West, but the film resists snap judgements, pointing out that the central couple, Osamu and Nobuyo (geezery Koreeda regular Lily Franky and the very impressive Ando Sakura as his careworn partner), are also holding down jobs in construction and laundry, where their bosses take advantage of their precarious circumstances to deny them fair treatment. 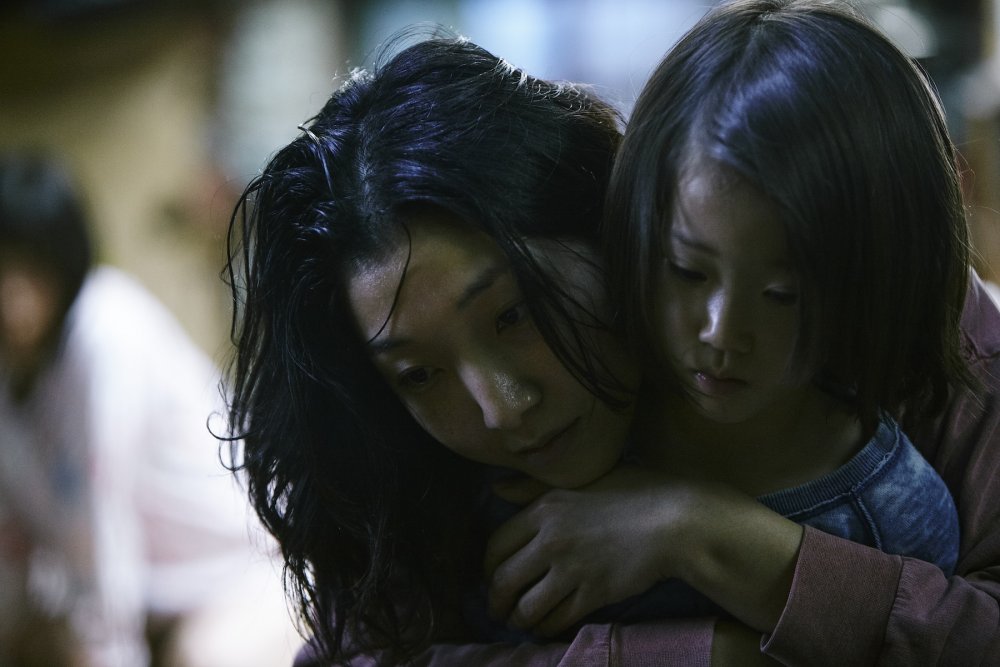 Since this makes them the ‘working poor’, we might possibly allow a tad more understanding of their illicit snaffling of groceries for the dinner table, yet Koreeda doesn’t give them a free pass. For all the affection and camaraderie in the household, denying the younger kids schooling in order to keep hidden the group’s activities (which extend to loveable old dear Kiki Kilin continuing to draw her ex-husband’s pension after his demise) is a damaging and ultimately untenable state of affairs.

Certainly, this is a much more layered portrayal than the somewhat loaded conflict pitching salt-of-the-earth storekeeper against snooty high-flier in Like Father, Like Son. However, just as that film suggested filial love is something a dad has to earn rather than simply expect, here we see the ragtag mob becoming a family (in all but name) before our very eyes, as Koreeda spends considerable screen time in their ramshackle abode. Meal times, banter and domestic routines unfold to progressively beguiling effect, shaped by canny underplaying from the adults and the sunshiny, utterly natural performances that Koreeda always gets from his child actors.

The tone and social-conscience element, though, are closer to the grittier realm of Nobody Knows than the slightly too sweet charms of I Wish and Our Little Sister, with an undercurrent of insidious foreboding throughout. Discovery looms, and this dream-life surely can’t last for ever. It makes the soaring set-piece highlights of bonding bliss over a sudden snowfall or a day out at the beach seem less like staged Kodachrome moments and more a case of fragmentary joys to be preserved as sustenance during the hard times to come.

Inevitably, as fate and the final half-hour turn the screws, we realise the preciousness of what we’ve been witnessing. No one in the house is exactly what they seem, and yet their choice to love each other, their decision to care, has been as real as it gets. There’s the old saying ‘You can’t choose your family’, yet this is precisely what they have done, in defiant response to the marginalised social status that has denied them the choices in life that are pretty much taken for granted by other more sober, upstanding citizens. Koreeda has built up such a palpable empathy that the film’s ending leaves us feeling truly bereft. As its ramifications sink in, we are left pondering whether authoritarian procedures might benefit from a little more moral wiggle room. This is socially engaged cinema with a light touch, and well worth its Cannes Palme d’Or.

Whether it’s Sasaki Miyu as the little tot abductee who steals your heart, Lily Franky’s irresistibly charismatic rascal, the late Kiki Kilin bowing out gracefully, or an absolutely remarkable turn from Ando Sakura, as the stoic mask breaks and all the hurt comes pouring out, the combined cast make an indelible mark. For all that, it’s Koreeda’s triumph: the filigree craftsmanship is worthy of admiration and analysis, it almost goes without saying, yet what really makes this special is the sheer depth of compassion and knowing humanity behind every frame.