Los Otros: building an experimental film community in the Philippines

Filipino directors Shireen Seno and John Torres explain why they consider hosting workshops and curating screenings to be as central to their practice as producing new films. 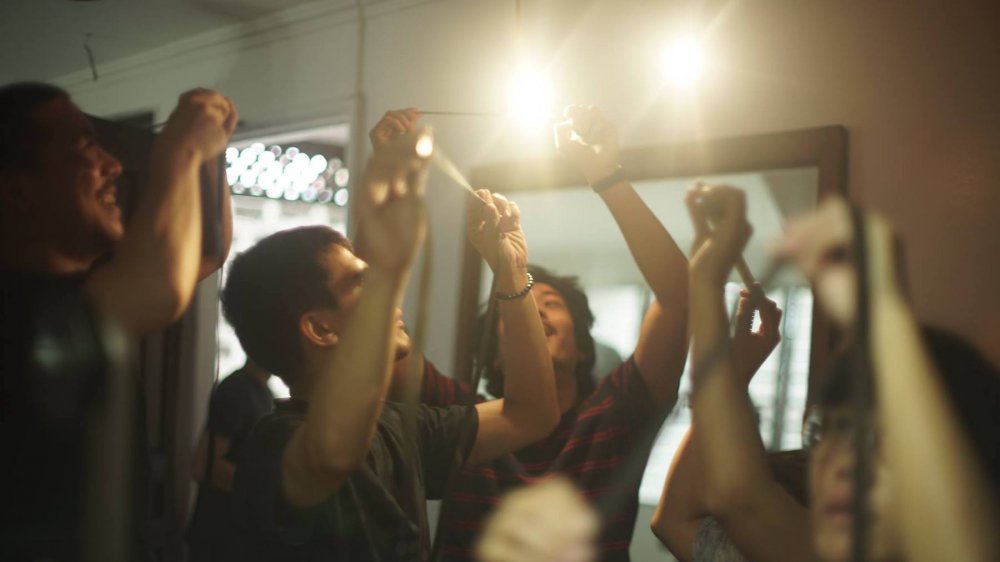 It’s rare that anyone is aware that they are making a movement while in the middle of it; it’s only on reflecting upon something that its importance becomes clear. John Torres and Shireen Seno have been making and showing films with friends and colleagues in the Philippines since as far back as 2003, producing and presenting work under the name Los Otros from their home-studio-garage in Quezon City, Manila. And whether or not they knew it then, or even know it now, this has become important work – the sort of careful, continual and community-orientated practice that causes shifts in culture, that makes the marginal move towards the centre, and ensures it is appreciated and remembered as it should be.

Shireen Seno and John Torres presented their films with Los Otros in the UK at Tate Modern and Berwick Film and Media Festival in September 2018.

Find out more about their work at shireenseno.tumblr.com and johntorres.vhx.tv.

“Back in 2006 when I was renting a condo and Los Otros was still new, I would invite strangers into the space by screening pirated DVDs of foreign films,” says Torres, talking about the origins of the first studio-turned-screening space he occupied after graduation, the place where his first short films were filmed, cut together and shown to friends. “In between sessions, we had musicians play the instruments [that were] lying around in the same space.” This ensured that “a mix of academics, students, artists, musicians, filmmakers and designers” started to attend and that the interdisciplinary approach the project has become known for – an intersection of interests, practices and perspectives – was cultivated from the offset. 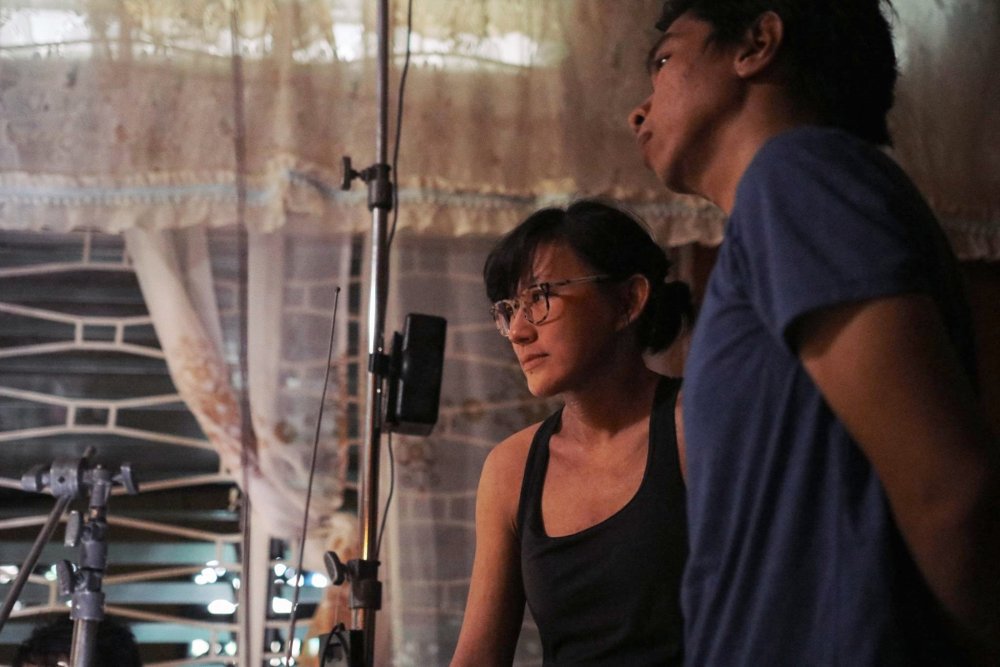 “I feel a lot of my development as a person and as an artist/filmmaker has come from going to a mix of different events – screenings, art openings, talks, performances,” adds Seno. “Los Otros became a way for us to channel our own interests into something to share with others.” At first “it was an effort to bring back things I enjoyed most: conversations, fellowship, screenings,” says Torres, but in the years since his partner (in work and life) Seno has become involved, the project has grown, developing into what Torres calls a more “structured exchange of ideas through small workshops, artist talks, or even short-term residencies as a way to enrich each others’ practice.”

Seno explains that a large part of this came from the various international visits. Korean artist-filmmaker Jangwook Lee taught a two-day 16mm handmade film workshop to 13 local participants, “a lovely mix of artists working in film, photography, painting, and sculpture – resulting in an amazing, transformative experience and outpouring of knowledge, skills, and stories”.

Other visits included British curator and filmmaker George Clark presenting On the Planter’s Art, “an illustrated talk on films, maps and gardening exploring the ideas of perspective, categorisation and interpretation in cinema and art”; or Japanese artist Takahiko Iimura delivering his 16mm film performance Circle and Square.

It has also meant Los Otros travelling out into the wider world, with the pair presenting screening programmes around the world and travelling to festivals with their own films. One home-grown project that has travelled is The Kalampag Tracking Agency, a screening programme plotting a micro-history of experimental film in the Philippines co-curated by Seno with Merv Espina, curator at Green Papaya Art Projects, another artist-run space in Manila and an inspiration for Los Otros. Including Filipino films from 1985 to 2014, Kalampag “combined several generations of work, not chronologically, but in such a way that they bounce off of each other to perhaps generate something new”, and has seen these films – many unknown and some of which may otherwise have been lost – presented at galleries and festivals worldwide.

Clips from The Kalampag Tracking Agency: An Evening of Film From The Philippines Spanning The Past 30 Years

“What Merv and I tried to do with The Kalampag Tracking Agency was to use the screening programme to get these films back into circulation, in however rough shape they were in, as a way to generate interest and get them archived better,” explains Seno. An “ongoing initiative” of “detective work”, it is part of a wider project of the re-introduction, re-consideration and re-contextualisation of Filipino film that the various aspects of Los Otros encompasses, but also a continuation of a discussion the pair have been having from the beginning of their partnership, about what ‘experimental film’ might mean, and how art and cinema can, and should, better intersect.

Seno argues that “the problem with our experimental film community is precisely the lack of a sustained collective effort over the years towards a community. And I think this goes back to syntax, and how experimental film is kind of seen as a curiosity, or a label for everything that doesn’t fit into any existing notions or genres, or as a stepping stone to narrative feature filmmaking.”

Through practitioner-orientated screenings, talks, workshops, beers and hangouts, Torres and Seno are working to change that. The now also have a small darkroom and DIY film lab offering the “means to work with the small-gauge film formats, 8mm and 16mm, as well as film-photography hand-processing and darkroom printing”.

Torres describes the potential of the project as “a way to enrich each others’ practice”, and though they are currently without funding, a next step, he says, would be to “produce work from the younger filmmakers who have distinct voices and processes, and encourage them to be more aware of processes that they are at home with.” Seno adds: “The equipment has come mostly from the kindness of friends, so there is that feeling of wanting to pass on the generosity.” 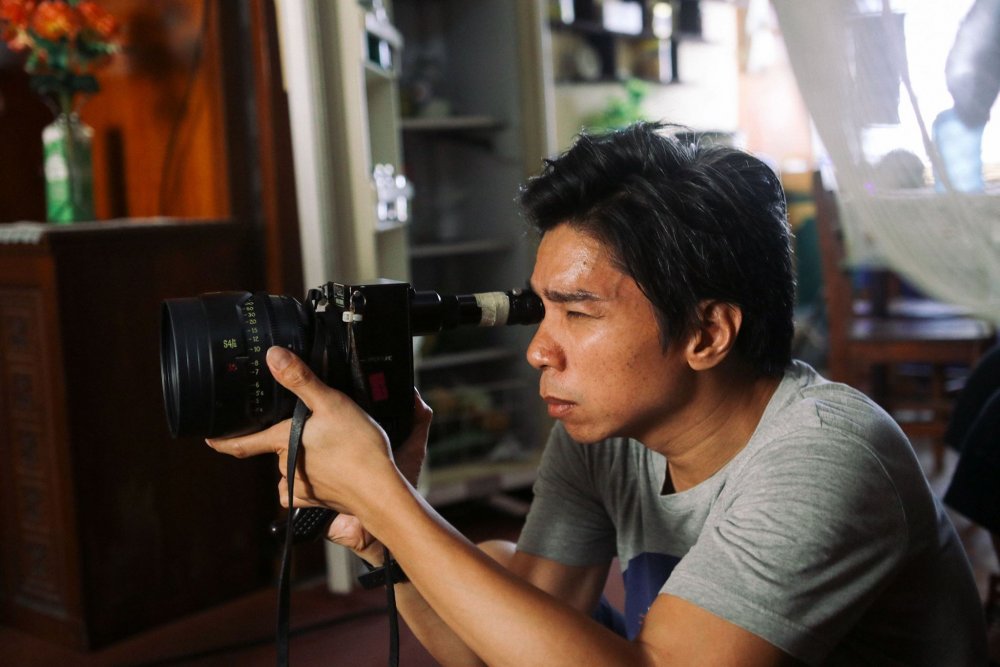 All this considered, it is easy to forget that the duo make their own films as well, both of them having produced a growing body of short and feature film work that has seen them selected for a myriad of major festivals, including most recently, the Tate Modern and Berwick Film & Media Arts Festival in Britain.

Seno’s two features, Big Boy (2012) and Nervous Translation (2018), are precious treasures, a pair of precise, compelling memory exercises that utilise a child’s perspective to represent the sensory experience of being in a large and senseless world over which you have little control. “What I do comes from a basic desire or instinct to make sense of things, to process the multitude of images and sounds that I encounter everyday and those that haunt me from memory,” she tells me. “I make films that hopefully ask more than they answer.”

The trailer for Seno’s Nervous Translation (2018)

Torres’s films, which have come to be among the most valued of the country’s international independent film exports, are essentially films made for friends and family as much as any presumed audience. These precise and particular objects, while often somewhat impenetrable, are decidedly personal, and identifiably his.

His first features (Todo Todo Teros, 2006; Years When I Was a Child Outside, 2008; and Refrains Happen Like Revolutions in a Song (Ang Ninanais), 2010) are overtly autobiographical works, while later features (Lukas the Strange, 2013, and People Power Bombshell, 2017) transplant his aesthetic approach onto wider narratives. Unique, emotive propositions, they mix personal insight with a broader sense of the national collective consciousness and the part played by the complex history of the Philippines.

Torres says that sometimes “people see our work as experimental in order to dismiss those films that are hard to pin down or understand, even when I try to tell them that it is OK to not understand… I hope they begin to also see the the breadth of talent across the archipelago.”

This talent is evident in their own films, but also in the work going on behind it, the cultivation of a space for conversation, collaboration and discovery, of intermingling, intersection and cross-contamination, the sort of collisions that produce the most interesting results. “It had always been my pursuit or inclination to have a wider reach in at least the community I live in,” Torres says, to “form a kinship with the others who don’t quite fit in with regard to process or output”.

“We have definitely been aware of the opportunities afforded to us by our circulation in international film festivals,” says Seno. “We’ve made friends with some amazing artists and filmmakers whom we look up to and want to share with our own community here in Manila. We see our movement as both a privilege and a responsibility; to question the boundaries and structures that abound not only in our field but in our globalised world in which power is increasingly invisible and are all the more potent.”

Los Otros has started to do a lot. Now, with projects of their own to be getting on with, and a new baby in tow, it appears that all they have achieved so far is just that, a start.

Related to Los Otros: building an experimental film community in the Philippines