Radical Bristol 2015: back to the cinema of the future?

Four decades after Bristol hosted its inaugural festival of radical independent cinema – is it time for a second try? 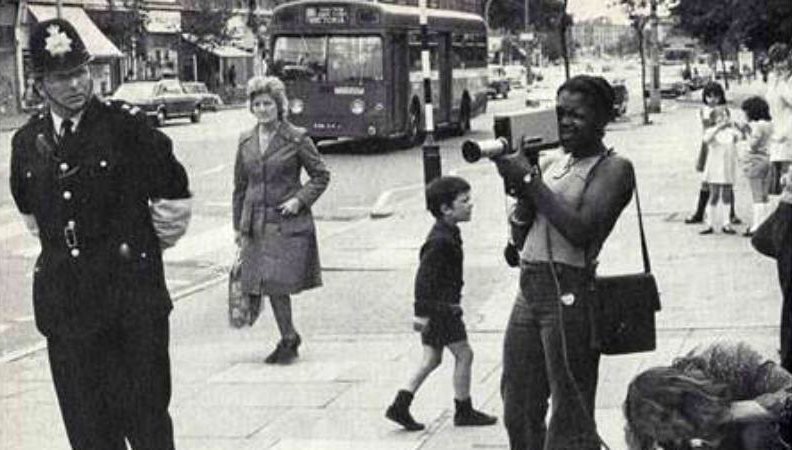 “Independent cinema may seem a mysterious phenomenon. The festival is an attempt to publicly discover if this endeavour has a response.”

The Bristol Radical Film Festival runs 9-11 October 2015 at the Arnolfini.

In February 1975 David Hopkins, founder of Independent Cinema West, wrote the introduction to the programme of the First Festival of British Independent Cinema being held at Bristol’s Arnolfini gallery. And, judging by the words, waited to see what fruits the festival’s efforts to stand against the mainstream and exhibit examples of “the cinema of the future” would yield.

“We hope the audience will find as much determination and creativity as the filmmakers,” he wrote. “Our thanks to all at the Arnolfini, South West Arts, The Arts Council, and maybe the BFI.”

There never was a second festival. But slightly more than four decades down the line, the Arnolfini this month hosts the 2015 Bristol Radical Film Festival (BRFF), which takes a retrospective look at the 1975 programme alongside current examples of activist and experimental filmmaking. And if, as participant Laura Mulvey comments of the earlier event, those present in 1975 felt themselves on the rising wave of experimental and political filmmaking activity that had been increasingly interrupting mainstream complacence since May 1968, then the new one seems well placed to catch a mood buoyed by the events of September 2015. 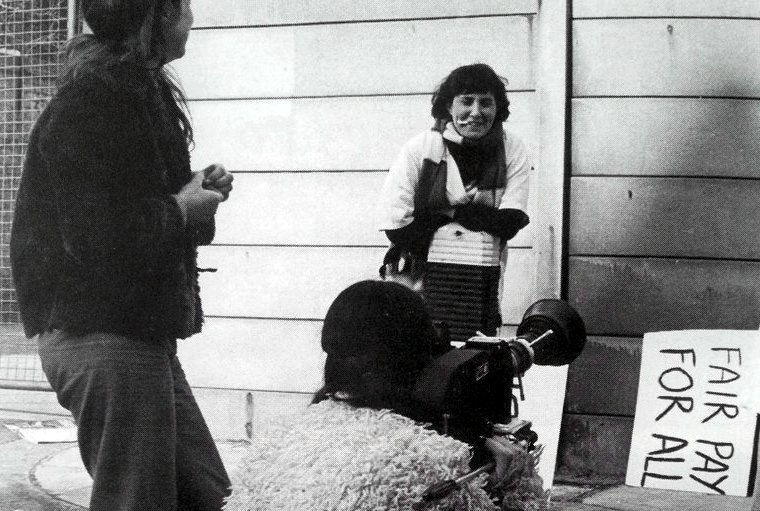 Several strands of the British left’s artistic creativity were represented in 1975, indicative of the broad umbrella of the Independent Filmmakers Association (IFA) – which held its General Meeting during the event. Mulvey’s Penthesilea: Queen of the Amazons (1974) screened alongside work from Liberation Films, Cinema Action, the short films of an emergent Derek Jarman and others.

Some of those films are now returning, ready to be viewed in the same venue but across a chasm of time during which funding sources have come and gone, the political and aesthetic avant gardes have drifted further apart, and the means of film production has materialised in every pocket.

Ed Webb-Ingall, whose research into community filmmaking in the UK includes a study of Liberation Films’ Starting to Happen (1973), urges that the old activist films should be seen as still active and alive, rather than nostalgic icons to be dusted off. “Better I think to look at them not as legacies, but as useful tools, to demonstrate that film can be a way to talk about activism in a very lived, embodied way. The questions should always be: Why watch this film? Why watch it now? Why watch it here? Why is it important?”

Starting to Happen is a prism of the changes in the intervening years. Community group Liberation Films embarked on a project to interview Balham residents about matters they felt to be of local importance, and then screen the results to the wider community as triggers for further discussion. The film catches this plan being interrupted by a specific local issue, which motivates the community into more organised activism and friction with the police and local government. 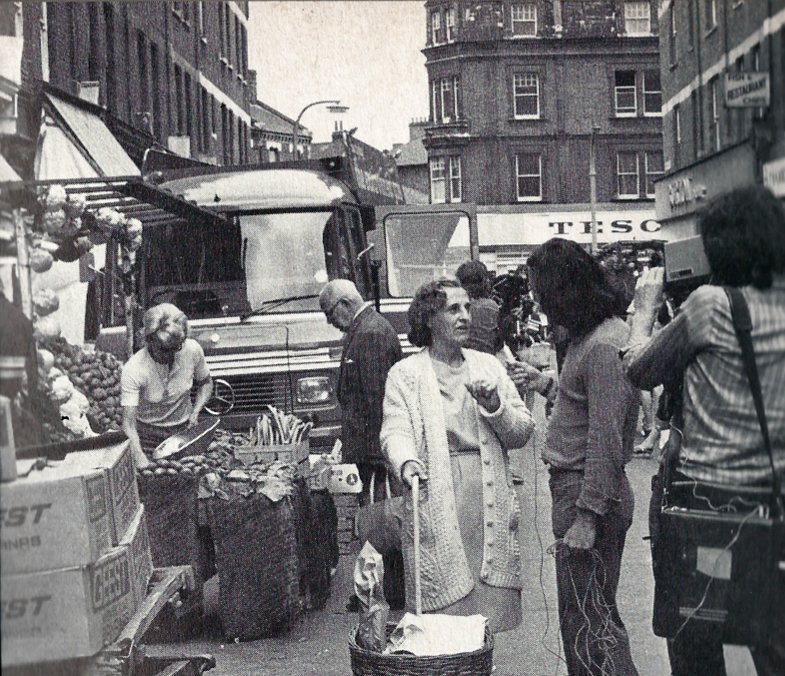 Among other things, Starting to Happen crystallises a particular strand of street-level filmmaking that was soon to evolve into something different. The birth of Channel 4 in the following decade slowly led to community politics becoming increasingly replaced by identity politics. Filmmaking groups that continued to exist became focused around communities of interest, rather than of location: a more sustainable model, it transpired. Encroaching professionalism and the appropriation of the very language of community issues into aspirational contexts of skills and qualifications can’t be underestimated either, according to Webb-Ingall.

The film also catches an unease around filmmaking technology – but not the same one that is incubated today. Then, the suspicion was around how to make the camera work and what the new Portapak video technology could mean for individuals; now the concerns centre on where the resulting images will appear, and who will download them.

Starting to Happen was broadcast in the BBC’s Open Door strand, along with a studio discussion, giving a mainstream platform to the grass-roots community filmmaking efforts under way.

But modern activists can now be free of all that if they choose. Shaun Dey of Reel News, a video collective with an international agenda funded by DVD sales and donations, says that use of the mainstream media is something he would hardly consider.

Some recent Reel News video reportage from social conflicts and anti-austerity movements in Spain and Greece will bring front-line current activism to the BRFF: events caught on video by participants standing on active political fault lines rather than by observers, and distributed rapidly.

For Dey, the initial radicalism of Channel 4 was too brief and has been dead too long to matter much now. “For anti-capitalist demonstrations, campaigns or strikes, we know that the mainstream media is going to at best ignore or at worst completely misrepresent us. We were inspired instead by the kids involved in the 1999 Seattle WTO protests, taking new technology and using it to report on their own struggles. Reel News can be a lot more effective by distributing material ourselves, through small meetings and screenings around the country where we can present the films and discuss forms of action.” 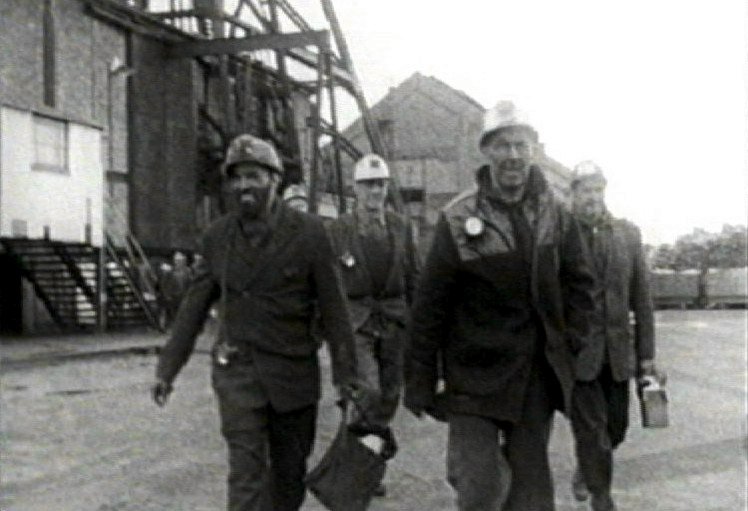 Steve Sprung of the influential collective Cinema Action – makers of The Miners’ Film – has come to believe that the modern ability to grab a moment of history on video for immediate distribution is less important than the crafting of a coherent narrative exploring below the surface of those moments – an exploration that might not automatically emerge from the presence of enabling technology.

“In one sense it was not hard to do what we did. It was the chance for filmmakers who engaged with that kind of political filmmaking to develop over a period of time; and we did develop. Cinema Action’s later work after The Miners’ Film was more sophisticated, more reflective; and maybe that’s the work that should be looked at in terms of now thinking about the present. It was trying to talk about political process and engage with it in a deeper way, which seems to be missing from the present picture.”

A chance for deeper engagement has opened up. The Radical Film Network – supporters of the BRFF – is aiming to create a similarly broad umbrella to that of the IFA, with an added global reach courtesy of new media that the older group could not achieve. On top of which, the festival finds itself following Jeremy Corbyn’s election to leadership of the Labour Party.

Sprung sees the potential for activism – in its broadest creative sense – to now become re-energised, spurred by a cold assessment of just how many aspects of 1975’s society have not really changed at all. The internet, for all its transformative effect, has hardly touched the structures of ownership and restriction that built up during the intervening decades; broadly speaking, the same vested commercial interests are still in power.

“It’s important that any artists drawn to Corbyn try to make something that can be potentially useful to any movement developing around him,” says Sprung. “More people need to engage in the kinds of activity which have a potency, of which filmmaking is one among many.”

Potency – political or stylistic – remains what David Hopkins meant when he wrote in 1975 that independent cinema was “an awkward feature”. The Arnolfini will once again discover whether awkwardness can provoke an audience’s appropriate response: insight, empathy or revelation.

Related to Radical Bristol 2015: back to the cinema of the future?