Marking its 20th anniversary with a transitional event, Bristol’s Encounters festival juggled art and industry, new movies with greatest hits, and brought the radical in from the fringe. 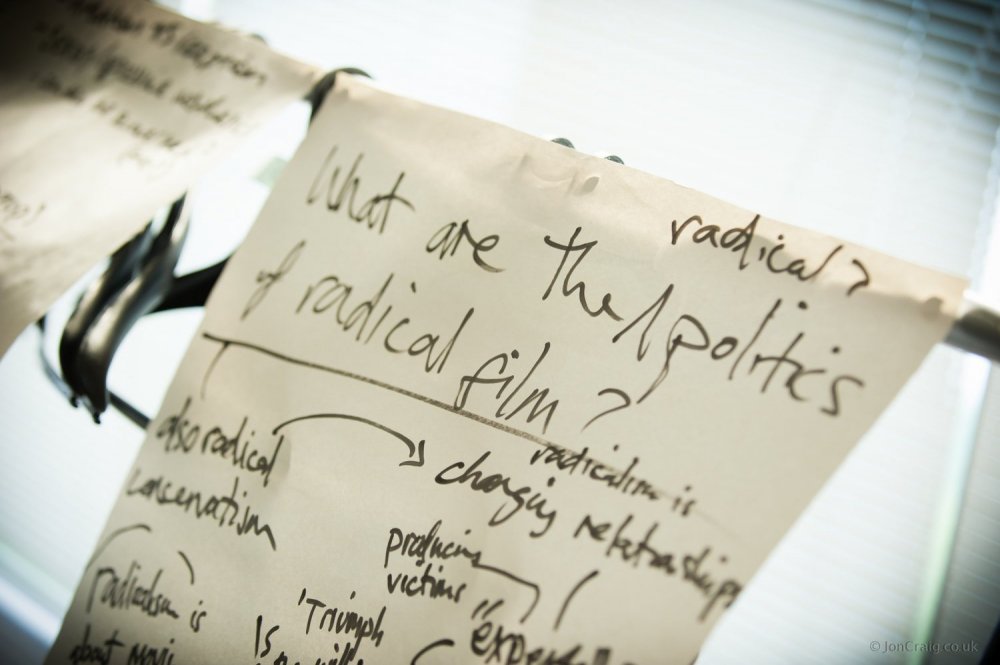 If the act of descending the steps into the Cube, Bristol’s community-run arts venue and bastion of local social engagement, can feel like a mild statement of discontent with the standard circumstances of mass-produced entertainment – and it can – then the venue’s increased involvement in the city’s established commercial film festival would seem to be a similar expression of intent.

This year marked the 20th edition of the Encounters short film and animation festival, and pulling the Cube in from its occasional position on the event’s fringes to a higher-profile role alongside long-serving venues Watershed and Arnolfini was one of several changes made to the event’s recent patterns under newly installed festival director Debbi Lander.

Others included an understandably strong retrospective element. A group of films selected from across the previous two decades of competition were presented for free on near-continuous loop for much of the festival, while the dauntingly tricky task of choosing one single short to define the period of the festival’s existence led to an outdoor screening every evening of Roystan Tan’s boisterous but elegiac Hock Hiap Leong from 2001:

Room in the schedule for anniversary business came about partly from changes in the festival’s focus, including a further reduction in screenings of this year’s competition films to public ticket buyers in favour of curated blocks built around themes, genres or basic audience appeal. Meanwhile headline events took an experimental turn, including a day of self-proclaimed radical films and ensuing discussion at the Cube, and a sequence of live audio-visual performances at Arnolfini by cross-media artists. One such was a presentation of Vinyl Requiem, the film record of Philip Jeck and Lol Sargeant’s 1993 show in which more than 160 Dansette record players gave the medium of recorded vinyl a transcendent send-off, with the gentlemen themselves present to remix the event again – an occasion some distance from the average film festival gala event, although a perfectly normal night out at Arnolfini.

Brief Grand Prix
A Million Miles Away (Jennifer Reeder, US)

All this is a familiar dilemma: whom exactly is your film festival for? Encounters’ industry forum and associated activities are a clear success story for the event, which now firmly positions exposure to the broadest available spectrum of short films as a career development exercise for filmmakers, rather than an opportunity for non-trade viewers to take the temperature of the art form. The public, meanwhile, are presented with inevitably shallower slices through the programme, and the chance to experience work not intended to be considered as simply film at all. In Bristol, where a degree of experimental free-play in the arts can emerge from behind almost any door and roll out into the street, Encounters might just make this kind of hybrid digital playground work; but it could be at the expense of actual films playing to actual audiences.

Of the actual films which did, the live-action prizewinners included Jennifer Reeder’s A Million Miles Away, a sweetly empowering story of classroom life in the US Midwest, and The Chicken [weblink], Una Gunjak’s hair-raising glimpse of maternal domesticity under sniper fire in 1993 Sarajevo. Both very fine; but my vote would have gone to Igor Cobileanski’s The Flavors Collection (Colectia de Arome), which indicts poverty and the things it does to masculinity in the strongest terms. Moldavian fathers pit their young sons against each other in covert fighting tournaments, looking on in conflicted pride and horror while the lads bash each others’ faces into the gravel. The fathers win cash, making furtive eye contact with their hollow-eyed peers; the boys win car air fresheners and limp off gripping them like silverware. 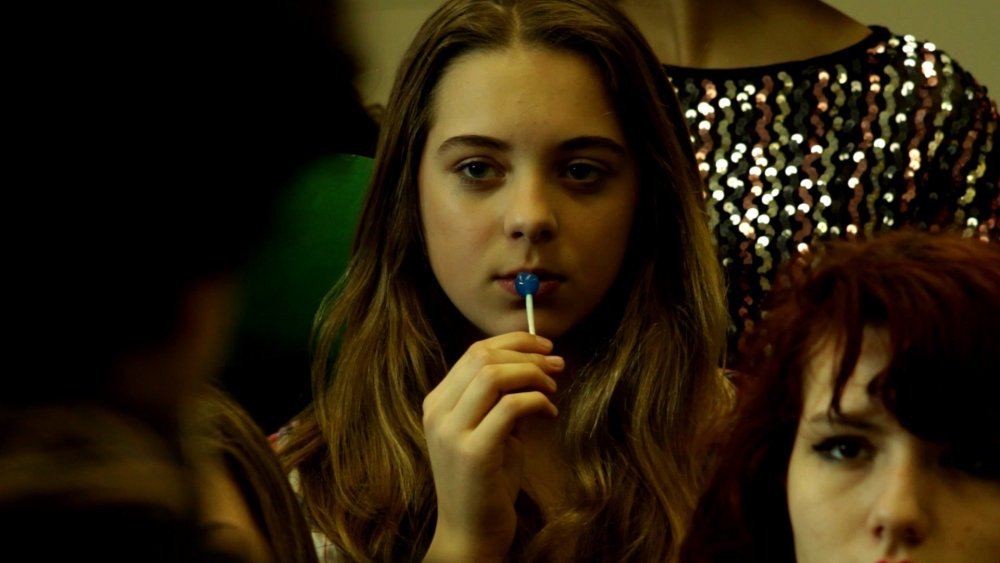 Jennifer Reeder’s A Million Miles Away, winner of the Brief Grand Prix

Further indictments of things well worth indicting filled that day of radical discussion at the Cube, before also spilling over into a programme of experimental films either from or about Palestine. Between them the two strands were the festival’s strongest offerings that I saw, collective proof that shorts can still be the best method for landing a cinema audience on the wilder shores.

Our Souls Are Palestinian was co-presented with the Cork Film Festival, and presumably programmed before Encounters generated some social-media attention by declining to accept travel funding from the Israeli Embassy (the filmmakers concerned attended anyway). Any programme yoking John Smith, a prime contender for the crown of Encounters’ favourite filmmaker, to Mustafa Abu Ali can’t be accused of tunnel vision, but the most memorable entrant for reasons good and bad was Future Archaeology by Armin Linke and Francesco Mattuzzi.

A rare example of film trying the sort of thing that Geoff Manaugh has perfected in print and online at BLDGBLOG, the film ponders the architectural consequences of an inevitable parlous peace in territories under occupation. The visuals are hobbled by poor anaglyph 3D, but the words are as three-dimensional as they come: “How to inhabit the home of one’s enemy? […] All this violence and hate and pain for this banality, a third-rate mimesis of American suburbia… a space that produces violence but never acknowledges it.”

By that point in the festival the radical programme at the Cube, a joint curation exercise by Encounters, Vienna Independent Shorts and the 2Annas Film Festival in Riga, had already correctly spotted the role of violence in radical art of all kinds.

Vienna’s selection concerned formal experimentation and cinematic grammar-busting as a way to shunt a viewer out of complacency, built around a pair of Ben Russell’s Trypps trances and taking in such chilly mad scientists as Roy Andersson and Harmony Korine. Curator Daniel Ebner argued that we are suffering through the least radical period in film history, a point that might have borne further investigation given the current profiles of all three directors just named, not to mention half of the internet.

2Annas dug up several sequences from Ciklops TV, a short-lived youth-orientated anarchic exercise blown in by Latvia’s revolutionary winds in the late 1980s and clearly aiming to do what early-80s Channel Four had done for Britain, with roughly one millionth of the resources. Scattershot self-indulgence is a given in such cases, but the politicians probably got the message somewhere around the sequence in which a clean-cut young man lovingly caresses and licks that ultimate communist symbol, the hammer, while the theme from Love Story plays on the soundtrack. Finding the tool quite unsuited for the task at hand, he consigns it to the fridge; Ciklops TV ended up in the same place shortly afterwards.

Encounters’ own strand tackled political radicalism head-on, with resultant fireworks. Know Your Enemy, a barnstorming short from 1972 by the Bristol Free-Prop Group, stemmed directly from anger towards Conservative policies on the part of the then-broadcasting union ACTT, and distils the world’s capitalists into a blank-faced businessman reminiscent of nothing so much as the similar creature who famously cropped up in Sapphire & Steel nine years later. But the whole programme was equally rich. Jorge Furtado’s Island of Flowers is evergreen acidic satire; and Jean-Gabriel Periot’s more recent Eût-elle été Criminelle (Even If She Had Been a Criminal), new to me, deserves a place on courses teaching montage technique as well as World War II history:

Eût-elle été Criminelle (Even If She Had Been a Criminal)

Whether Encounters repeats this exercise in the future remains to be seen – its programmers agreed that the festival’s fine reputation doesn’t currently extend to one as a venue for radical filmmakers – but they might consider fanning this particular flame with more current examples. At a point when everywhere holds a film festival and going to one is about as conformist as it gets, the act of picking up a camera remains as radical an act as ever.