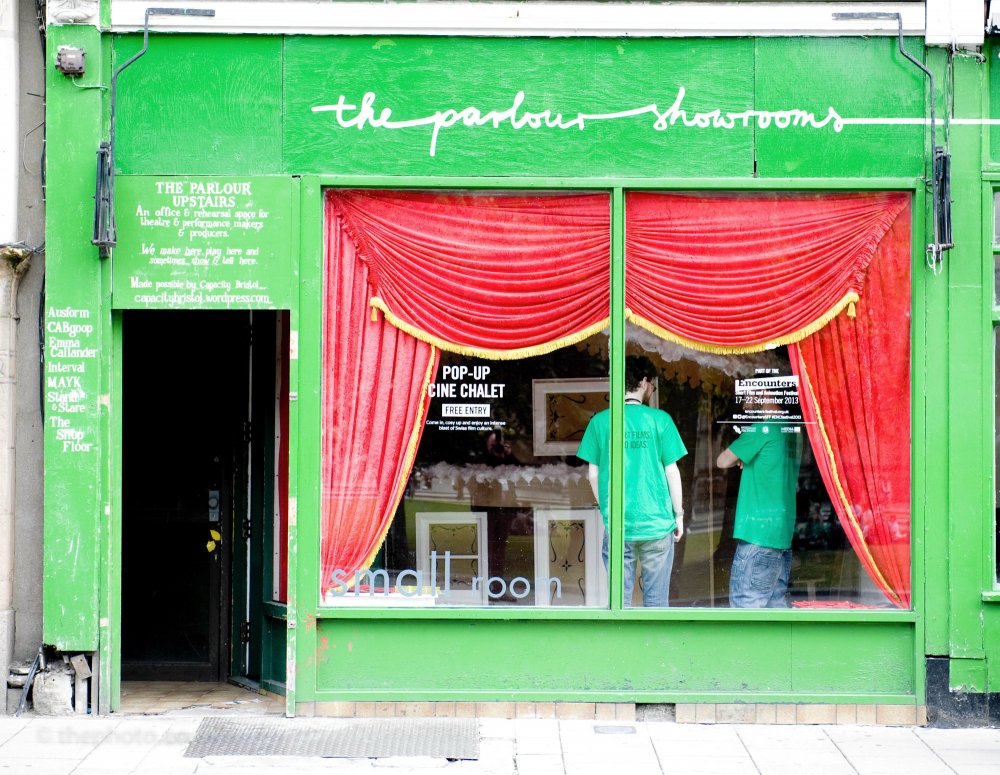 On Friday night at the Encounters Short Film and Animation Festival, programmer Gaia Meucci introduced the festival’s Swiss-focused gala event – Franz Treichler Plays Dada – by proudly announcing that the films screened would all be projected from 16mm, and that as they weren’t so used to non-digital projection, we – the audience – should be patient should technical difficulties arise. In the event none did, and anyway the appreciative audience – who cheered at Meucci’s announcement – seemed far from alarmed at the prospect of the ubiquity of the digital being temporarily punctured by its analogue ancestor, a very welcome special guest.

Film format aside, the main attraction was Franz Treichler, of the Swiss band The Young Gods [homepage], who boasts a nearly 30-year career incorporating musical and field-recorded samples into his electronic/acoustic/psychedelic/ambient rock, and has collaborated with both filmmakers and anthropologists, notably for Jeremy Narby’s Amazonia Ambient Project.

The films he had selected for his performance at Encounters were by experimental artists and filmmakers – the Dadaists Hans Richter and Man Ray, James Riddle and John Cavanaugh of Fluxus, and Stan Brakhage, Martin Arnold and Jean Painlevé. Treichler combined melancholy classical guitar, jutting synth, loops and scratchy distortion to produce sounds that ranged from an almost romantic score for Ray’s Starfish to wittier aural interpretations, such as a metronomic rhythm for Riddle’s Fluxfilm No 6. 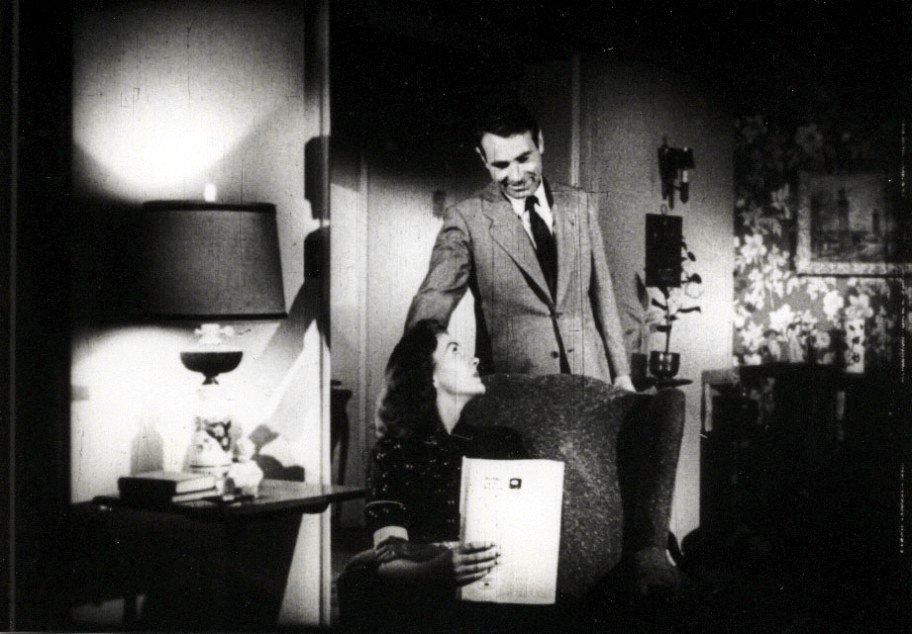 A highlight was Arnold’s Pièce touchée (1989), which takes an 18-second sequence from the 1960s television series The Human Jungle (in which a man returns home to his patiently waiting wife), and stretches it to 16 minutes by duplicating frames, reordering them and running them backward and forward. As the distortion escalates and the impossibility of completing a gesture or maintaining narrative momentum accumulates, individual movements – a tiny tilt of the head, or something larger, such as the opening of a door – become first farcical, eventually manic. Treichler’s score brilliantly echoed Arnold’s carousel-like manipulation of the image, using blips and drones to convey speed or slowness in parallel with the artist’s deconstruction of cinematic gesture.

This gala event was part of a Swiss theme at this year’s Encounters, which elsewhere inspired programmes dedicated to classic and emerging animation talent (Swiss Animation Greats and a filmmaker focus on the independent animator Isabelle Favez), to the unconventional Swiss male (God, You’re So Square) and to the much hyped young filmmaker Marie-Elsa Sgualdo. 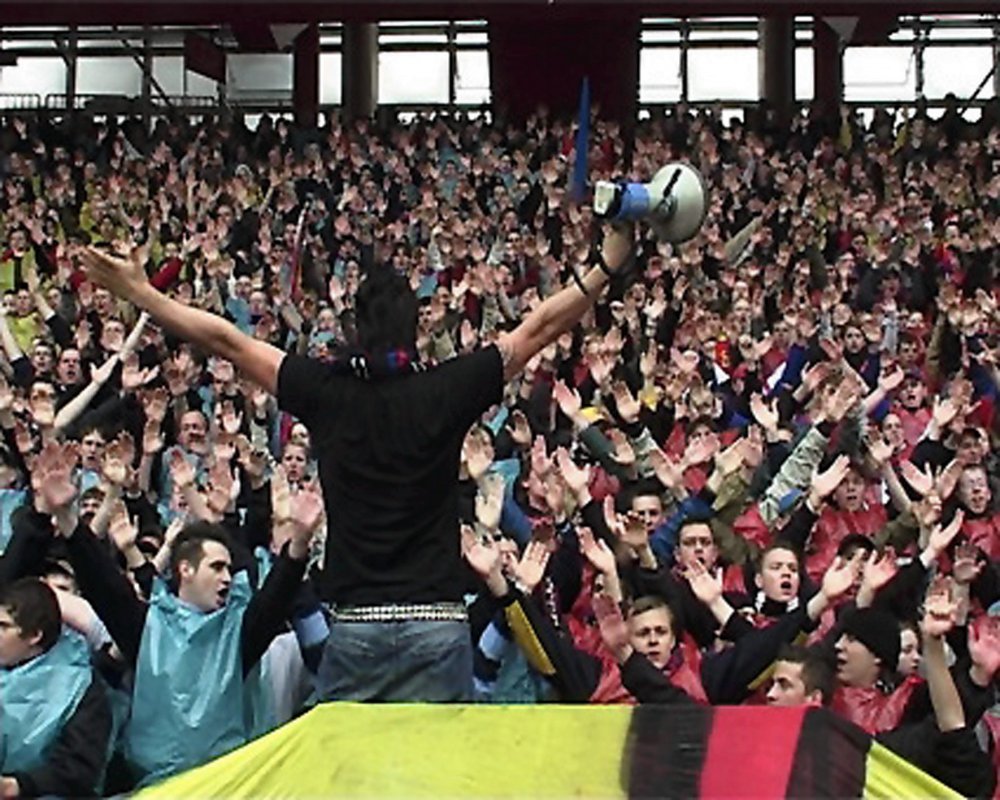 Amongst the films in the aforementioned programme dedicated to dismantling the myth of the straight-laced Swiss gent, Michael Koch’s Wir sind dir treu (We Are the Faithful, 2005) was notable for its use of selective framing to create an energetic portrait of FC Basel fans being instructed in the art of football chants and songs by one enthusiastic leader at a match.

Just as Douglas Gordon and Philippe Parreno withheld the action of the match in 2006’s Zidane, a 21st Century Portrait, Koch never once shows the actual gameplay, instead keeping his camera on the fans, shown to be highly effective in both choreography of gesture and sheer number of learned chants. He switches between wide shots of the crowd, their colour-coded banners waving in correct formation, and close-ups of their man out front, all the drama of the match rivetingly conveyed by his face. 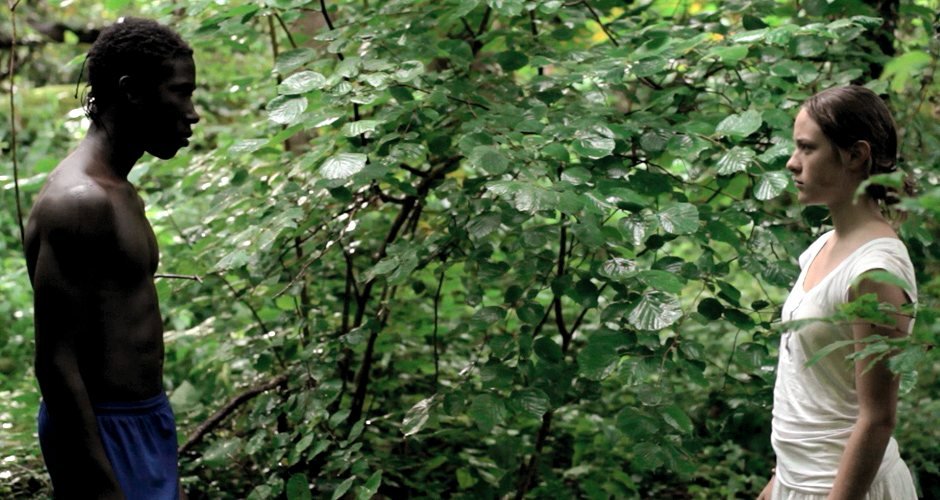 A graduate of Geneva’s Haute École d’Art et de Design and the Institut National Supérieur des Arts du Spectacle in Brussels, Marie-Elsa Sgualdo [homepage] has been much praised following screenings of her short films at Locarno and Cannes. At Encounters, the opportunity to see four of her films together proved highly rewarding. Sgualdo’s aesthetic preoccupations include a fascination with the close-up – often creating a claustrophobic intensity for the predominantly young actors she works with.

Witnessing the repetition of themes across her first three films – Vas-y je t’aime (2009), Bam Tchak (2010, embedded below) and On the Beach (2012) – it’s obvious that youth is key, and in discussion following the screening, Sgualdo attributed her interest in depicting adolescence to a desire to show the spontaneity and unselfconsciousness of young actors, who lend a certain ‘authenticity’ to their screen performance. On the Beach in particular demonstrates a Dardennes-like tenderness towards its teenage, female protagonist Sara (played by Joanne Nussbaum) and sensitivity towards the character’s combined feelings of maternal instinct and burgeoning, independent sexual awareness.

Screening in competition at Encounters, Sgualdo’s latest, You Can’t Do Everything at Once, But You Can Leave Everything at Once (Man Kann, 2012), represents a marked change in technique and style from her more ‘straight’ fiction films. Following a narrative text based on her own and her family’s experiences, Sgualdo used archive footage not simply to illustrate her autobiography but, as she put it, to “create distance” between herself – her own reality – and the viewer’s interpretation of her family history. 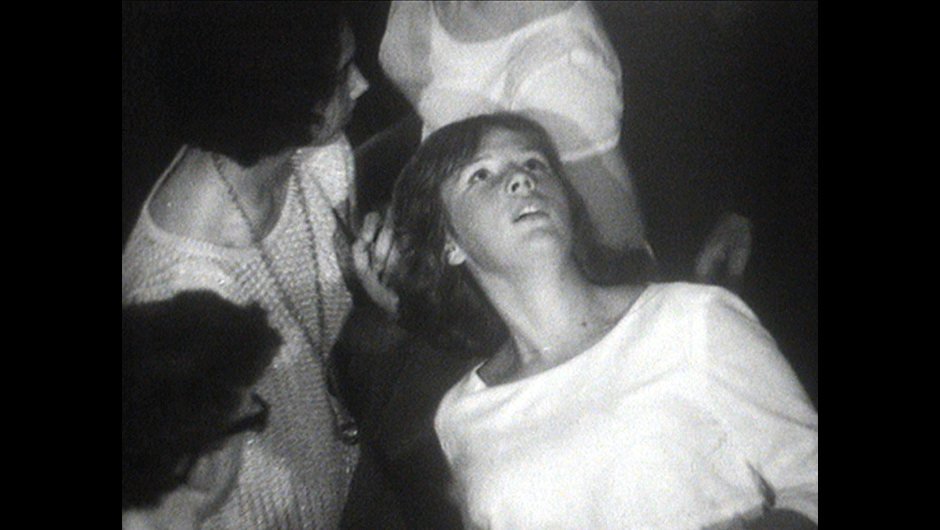 Calling to mind the work of Abigail Child, Olivier Py’s 2012 and even elements of Sarah Polley’s recent Stories We Tell, this latest effort distils Sgualdo’s main themes. Its story of her grandparents’ great love and separation, and her mother’s subsequent ‘protection’ from the same fate (“They made me look like a boy so I couldn’t hurt anyone”) reveal the message at the core of her family: female beauty is dangerous, both for the beautiful and for those who desire them.

Seeing this later, more personal and lyrically dense film alongside Sgualdo’s earlier work underscored the continuing importance of the female perspective, in terms of both personal and societal expectations. Asked to elaborate on this, Sgualdo said that rather than having an agenda to redress the balance of clichéd female characters, she was simply trying to draw on what she knew – that it was all linked back to the precipice of adolescence, when the uncertainty of becoming is most potent. 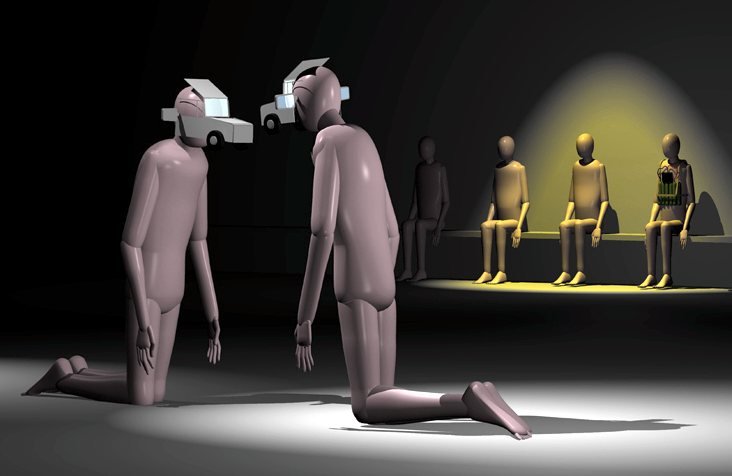 Also part of the Focus on Switzerland, Yves Netzhammer’s Triptychon, a three-screen installation at the Arnolfini, was a desperately melancholy depiction of the futility of human connection. Comprising Dialogical Abrasion (2010), Peripheries of Bodies (2012) and Formal Conscience (2013), and combined with a score by Bernd Schurer, the work depicts anonymous, marionette-like human figures trying to interact with each other and their environment. Actions are repeated and multiplied, emphasising the hopelessness of human endeavour, reducing specific gestures to rote behaviours.

Installed in the darkness of the gallery, close to the ground, the work had an intimate feeling, with a compelling dichotomy between the familiarity of the imagery and the surreal, dream-like aesthetic. Schurer’s score was particularly effective – at times delicately haunting, elsewhere epic in its evocation of fraught and restless human experience.