Charlie Fox ventures through the experimental catacombs, finding a corner that is forever Jarmanesque. 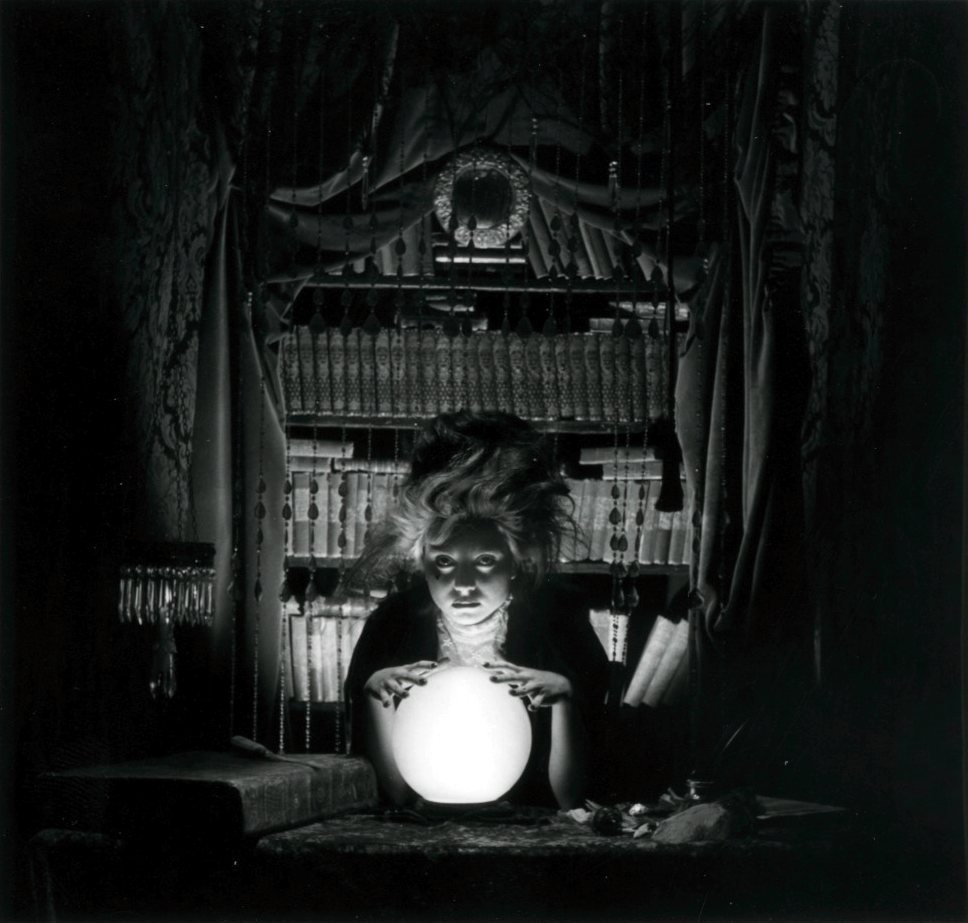 Even my most feverish dreams have nothing on the wayward, experimental substratum of British cinema unfurled in This is Now: Film and Video After Punk, which contains a woozy collection of short films – 30 in all, 20 restored to primal lustre by the BFI – so rich and strange, so unspeakably spooky in that way unique to long-hidden, suddenly unveiled pieces of cinema, that I’d like to howl with depraved joy.

All of this feels like a fantastical corrective to punk’s lack of cinematic adventures. What was there? Nothing beyond Derek Jarman’s Jubilee (1977), that wonky, glue-sniffer’s cavort through the ruins of London – still decaying after the Blitz – in which punk nymphs get up to mischief with Shakespeare’s Ariel. (For a long time, you had to pursue those obliquely punk texts, near-contemporary expressions of subcultural anguish like Pasolini’s Salò or Bresson’s The Devil, Probably.) The white heat of punk itself didn’t allow for the arcane practises of avant-garde film but now, at last, out of the archive, here are the full-flame experiments that came in its wake, spanning 1979-85 and arranged into seven sections by the BFI’s Artists’ Moving Image curator William Fowler: ‘Before and After Science’, ‘Entering The Dream Space’, ‘Home Taping’, ‘Just Images’, ‘Performing the Dream Space’, ‘Video Killed the Radio Star’ and ‘Through a Glass, Darkly’. 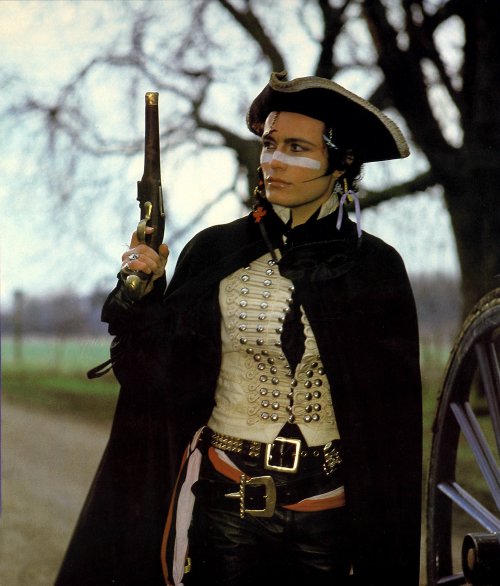 Treasures are contained within each category. This is an enchanting, consciously primitive kind of cinema which is deeply imprinted by a fascination with Jarman’s short films. The season feels like a sly, demonic addendum to this winter’s immaculate retrospective of his works, illuminating a collection of filmmakers who were charmed by the rough magic of Jarman’s oeuvre into exploring their own black passions.

Cinema becomes a private medium where desires seethe and shape-shift; whatever falls through the director’s unconscious appears on film by some eerie process of transcription, collecting memory, dream and nightmare into elliptical assemblages.

Conceptual promiscuity runs through the whole programme. ‘Entering The Dream Space’ gathers four ghoulish films on religion and the dream state; John Maybury’s Goth epic The Court of Miracles (1982) appears in ‘Just Images’ (‘just’ here seems to signify an insouciant, decadent tendency within these films – nothing moral), and Cordelia Swann’s haunting, nonpareil Winter Journey in the Harz Mountains (1983) comes to light in ‘Through a Glass, Darkly’.

In this last, a film for two screens, that tragic shot from Douglas Sirk’s All That Heaven Allows in which Jane Wyman sobs whilst watching the falling snow is slowed down, looped and vexed along to the Brahms piece of the title. An eerie cobweb of meanings coalesces as the film drifts on but its final import remains mysterious, drowsily suspended between a lynx-eyed examination of the aesthetics of melodrama, a gloomy but camp lament for lost time and a cryptic evocation of heartbreak.

New York’s post-punk No Wave Cinema, which commenced around the same time, never knew such a riotous abundance of modes, spirits and fragments. Those films, like Richard Kern’s You Killed Me First (1985), are psychotic monsters of the imagination, full of derangement, mania and death-tripping. They obsess over Sadeian abjection of the most lurid kind, demanding all sorts of internal hideousness and viscera are gleefully expelled. Film and Video After Punk looks in its turn melancholic, fragile, totally enamoured with its interior world of occult Englishness.

As the contents of the season unspool, you become used to riddling impenetrability (like recurring dreams, many of these films don’t wish to be apprehended by words), the absence of language and the music’s ability to shape and deform the mood on a whim.

Much of it doesn’t feel explicitly punk at all and recalls instead the uncanny dreamtime atmospheres of silent cinema. By some looking-glass logic, these films which are so deeply attached to music had to carefully examine the silent age to make sense of themselves, mimicking the sinister choreographies of German Expressionism, the exaggerated shadows, frightful stares and vampire pallor.

Swirling in the private cauldron of the filmmakers’ minds there’s usually some hallucinatory combination of underground images drawn from Kenneth Anger’s Magick Lantern Cycle, The Cabinet of Dr. Caligari, Carl Jung’s theories on sexuality and the writings of William S. Burroughs. See, for instance, the profane montage of male flesh, masked coitus and forlorn angels in Cerith Wyn Evans’ video for Unclean (1984) by Psychic TV and you find all four wicked influences partaking in a hypnotic danse macabre.

Jean Cocteau, especially the opium-soaked fantasist of The Blood of a Poet (1930), is a crucial presence, too, like a deranged but beloved grandfather, adored for his dandyish ability to let surreal episodes accumulate without ever acknowledging the logic of waking life. 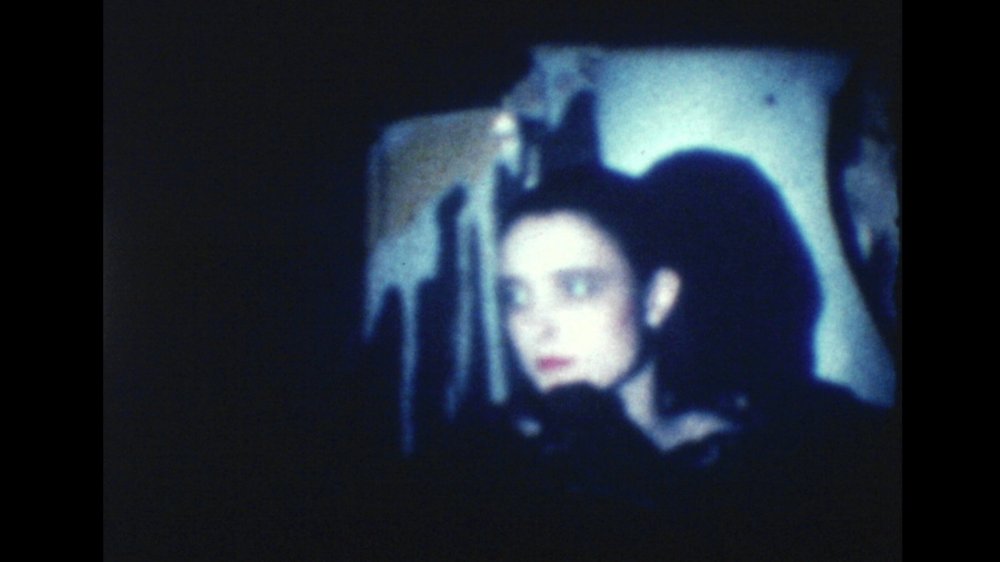 Steven Chivers’ Catherine de Medicis Part II (1984) is an unnerving, Cocteau-like arrangement of ghostly encounters, breathless carnal suggestion and childlike symbolism soundtracked by Wagner’s Parisfal. Scenes vanish into shadows, a Victorian angel appears and performs a magickal ritual, a ghoul climbs out of the grave wreathed in dead leaves and sepulchral debris and a sadomasochistic encounter occurs by the light of the full moon. Everything is textbook Gothic, almost Hammer Horror, but the air of homemade scuzziness makes it feel oddly documentary, a peeping tom’s prowl through forbidden rooms.

London remains the Gothic, desolate city that vanished as the 80s wore on. You expect to see Dorian Gray and ghouls carrying lanterns on street-corners.

The roaring political cinema you might expect is scarce but glimpsed in The Duvet Bros’ found-footage montage, state-of-the-nation cry Blue Monday (1984), which, with its images of City boys puffing cigars, inner-cities rotting and wars in the Middle East, remains so totally contemporary it’s painful:

Anna Thew’s Lost for Words (1980) is a curious piece of cerebral teasing which is half expert parody of mid-70s Godard and half coded slab of nuclear-war anxiety. (The threat of nuclear annihilation haunts much of the programme, sometimes wailed at you in montages of bomb tests but more often as an unsettling, subliminal presence concealed within the many images of gutted houses and grungy shadows.)

Thew conjures a world of ticklish logic in which speech has degraded into a delirious jabberwocky of quotation, political riddles, poorly dubbed philosophical conundrums and misremembered alphabets. Children’s TV has turned radical: a little girl appears and recites from Marx’s Capital while framed by two fuzzy school-play trees: “All family ties among the proletariat are torn asunder!” In a bleak London park, a group of friends burn their furniture, enjoy its smouldering then sit for supper like a party of sophisticates. The film staggers to its conclusion with a sly little spectacle straight out of Buñuel as the party feast on the mass of text disgorged by a computer.

Beyond the technological angst at the heart of this blackly comic freak scene, many of the post-punk epoch’s other aesthetic fetishes are well represented, too: noise, monochrome, smog and the seductive decay of industrial spaces. Like someone lost in a dystopian novel, at the end of the decade the cultural critic Elizabeth Wilson declared, “These futurist cities have become the urban nightmare of the 1980s, [full of] gouged-out twilight zones and tower-block wastelands”, a precise description of their sinister allure for many artists after punk.

But one of the programme’s peculiar thrills is that it finds flashes of the Old Weird England, too, with its cults, eerie woodlands and dark symbolic undergrowth, a creepy gnostic past that haunts its pastoral landscape and slips through its cinema from Powell and Pressburger’s A Canterbury Tale to Jarman’s works (including, naturally, his garden at Dungeness) to Ben Wheatley’s A Field in England.

Grayson Perry’s Green Witch and Merry Diana (1984) steps nimbly into this genre by playing games with the weird eroticism found in myth and folklore.

Meanwhile, Tina Keane’s lulling A Shadow of a Journey (1980) records the Scottish seascape and seems always on the brink of dissolving, as if unable to contain the memories collected in its murky travelogue, or else, on the cusp of sleep.

Everything here is short according to the normal rules; the longest piece fills an hour. It’s mournful perhaps that none of the filmmakers has conjured the full-scale masterpiece that such works might have promised. (Only John Maybury has come close with his 1998 Love is the Devil: Study for a Portrait of Francis Bacon, which was exactly the kind of ulcerous, death-bed fantasy the works here indicate he’d always craved to make.)

Yet if the programme has its own sonorous howl running through its contents it’s a much-needed insistence that the short film is nothing like a lesser form or merely a space for weird games but a mode with its own strange traditions and private syntax which accommodates subcultural experiments like little else.

This Is Now has unearthed a bewitching, secret recess inside British cinema. These are films that haunt you in deep, unfamiliar ways. How lucky for us that they’ve returned.

Related to Seances with the 1980s: post-punk British artists’ revels