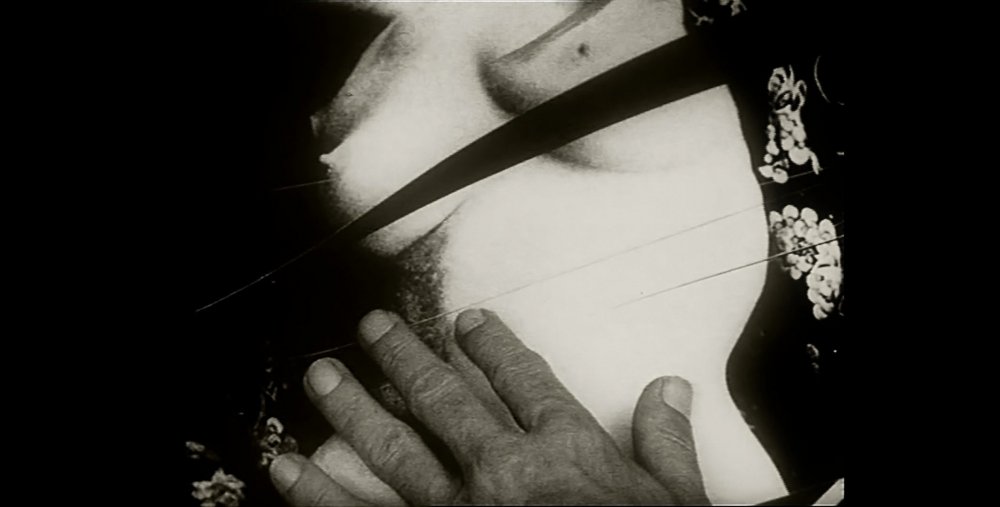 In our age of information overload, it is rare to stumble upon a truly unknown artistic movement, so the rediscovery of the 3rd Eye Group, the only 1970s Israeli counter-cultural movement, is all the more exciting. Founded and led by maverick artist and filmmaker Jacques Katmor, it shook up Israeli society for a few short and turbulent years in the first part of that decade.

The group’s work was reappraised in a groundbreaking exhibition, The Third Eye: Jacques Katmor Is Wishing You a Good Death, held at the Tel Aviv Nachum Gutman Museum of Art in January 2012. Curated by Ori Drumer, former member of 1980s post-punk band Duralex Sedlex, it aimed to reinstate a neglected movement within Israeli art history and celebrate the forgotten work of one of its most daring artists. London audiences will get a unique chance to explore a selection of artwork and films from that exhibition at the Horse Hospital this month.

Israel in the 70s was thoroughly isolated from the artistic innovations taking place in Paris, London and New York. There was only a small bohemian scene in Tel Aviv, split between, on the one hand, the dark vanguard of the 3rd Eye and psychedelic bands like The Churchills and, on the other, more clean-cut, wholesome pop bands who had cut their musical chops in the Israeli army’s entertainment corps.

Like flower children everywhere else, Jacques Katmor and his merry gang yearned for sexual and creative freedom, sought to expand their consciousness through drugs and wanted to change the world. But in the context of a deeply conservative, patriotic and militarised country – especially in the aftermath of Israel’s victory in the 1967 Six-Day War – these revolutionary dreams took on an even more subversive edge than they had in the West. 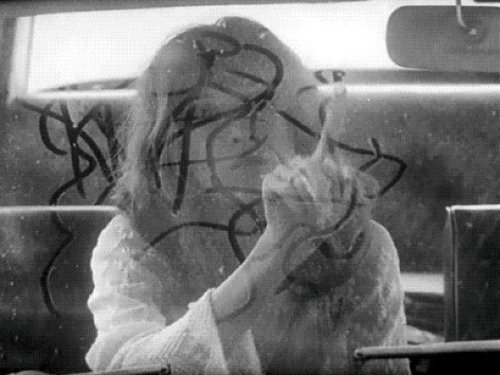 The 3rd Eye’s experiments dramatically challenged the prevailing ideology of the country. For a short while, Katmor and his friends really believed that they could transform Israel into a more open and tolerant society through art, free love and psychedelic drugs.

Among their various activities, the 3rd Eye Group published the fanzine Strip, which followed in the best tradition of the avant-garde with its conflation of Jewish symbols, sex and surrealism, all printed on cheap paper, in the vein of Richard Neville’s Oz. They organised installations such as Bringing Art to the Street, in which they exhibited paintings and sculptures in a supermarket, hanging nudes above the meat counter. For a short while they ran a shop that stocked imported records, underground magazines, comic books, Beat authors and eastern philosophy and hosted much talking and acid-taking (until the latter led to its closure by the police).

Drugs were indeed crucial to the group, and not just because they believed that LSD opened the doors of perception. Taking drugs together was essential as an identity-forming process, both personally and collectively, defining and galvanizing the group. Drugs were regarded as even further outside the norm, more dangerous, in the ultra-conservative Israeli context than in the West. 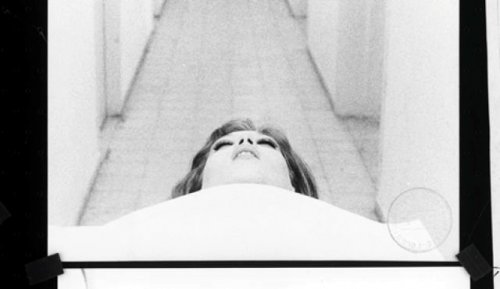 Born into a wealthy Jewish family in Egypt in 1938, Katmor grew up immersed in European culture. At 19, he went to Switzerland to study art before spending a year in Paris. In 1960, he moved to Israel, did his military service and began to learn Hebrew. In accordance with the intense Zionist ideology of the time, many Jews who moved to Israel were told to negate their origins and start afresh, and he was encouraged to change his birth name (Mory) to a Hebrew one.

Many of the 3rd Eye artists were, like Katmor, immigrants, outsiders in Israeli society. Aware of what was going on elsewhere, they wanted to be part of the world and rejected the militarised identity imposed by a nation entirely defined by the Holocaust narrative.

The 3rd Eye Group was the first explicit attempt by artists within Israel to align themselves with western ethics, ideology, aesthetics and culture. The European-educated Katmor drew on the main avant-gardes of the 20th century – dada, surrealism, lettrism, the Beats, the French nouvelle vague and American expanded cinema – to lay modernist foundations in a society that had remained cut off from the big cultural developments in the west. 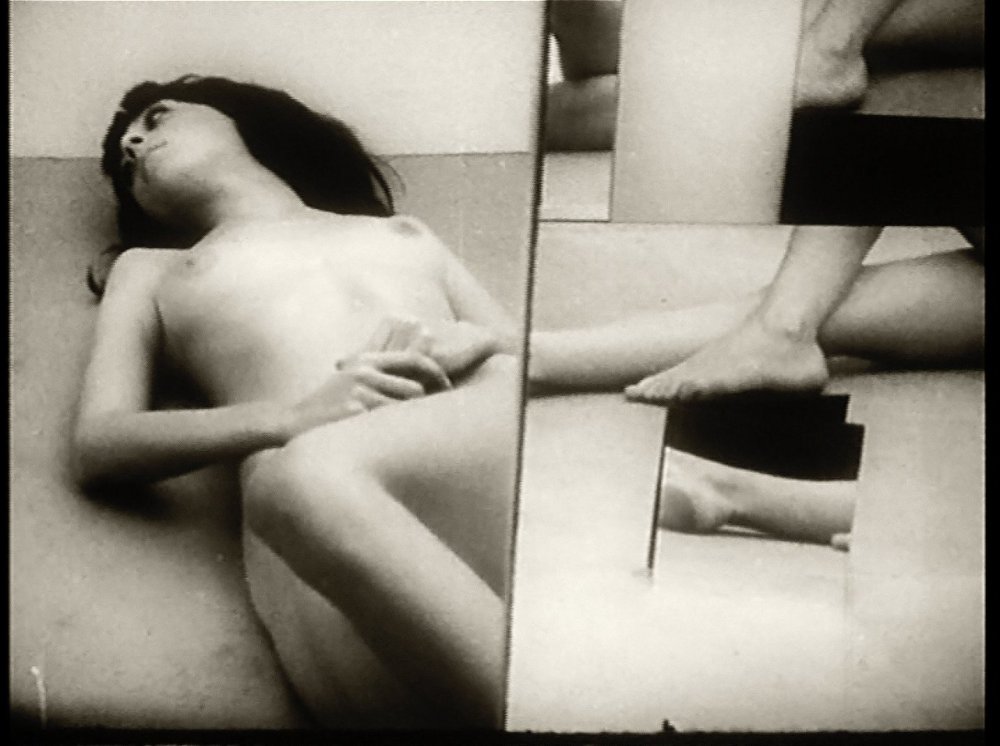 Katmor’s only feature, A Woman’s Case (Mikreh Isha, 1969), with its adverts and comic strips and music by The Churchills, was clearly inspired by the aesthetic experimentalism of Jean-Luc Godard, the gorgeously stylised consumerist satire of Who Are You, Polly Maggoo? and the period’s general fascination with pop-culture artefacts.

The story of a model who has an affair with an advertising man she meets in a sculptor’s studio, A Woman’s Case gathers widely diverse representations of the female image, from fashion shoots and mannequins to sculptures and medical documents, from moving image to photos and drawings, dissecting it until it is destroyed.

Despite its frenzied freak-outs, abstract beauty and dark edge, A Woman’s Case managed to transcend its status as a strange, subversive art piece to be chosen to represent Israel at the Venice Film Festival that year. The inclusion of sculptures by Igael Tumarkin, one of the biggest Israeli artists at the time, probably made the film more acceptable to the establishment. It did not hurt that the main character was played by the stunning model Helit Yeshurun – daughter of Avoth Yeshurun, an important Israeli poet, and Katmor’s wife at the time.

Katmor’s European influences and his desire to be part of the world did not mean that he abandoned his Jewish identity. But rather than the Zionist identity promoted by Israel, it was the diasporic Jewish identity that was at the core of his work.

Although he was interested in Jewish motifs and traditions, he rejected their use as a weapon to justify the country’s military aggression. He was profoundly unhappy that Israel was forcing Jewish identity away from its rich, intellectual, radical left-wing history to turn it into an indoctrinated, small-minded, state-controlled alternative. 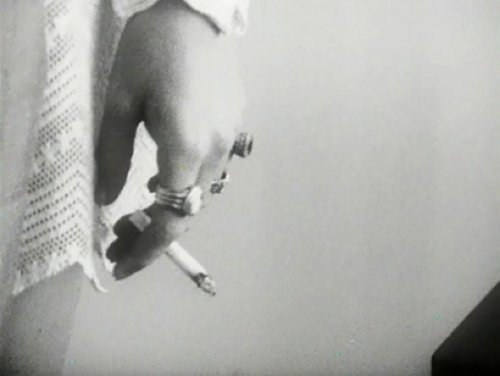 In two of his short films, The Journey (1971) and Sign (1974), he explored the mystically inspired work of two Israeli immigrants – respectively, the Austrian-born surrealist Yosl Bergner and the Russian avant-garde painter Michail Grobman. In Sign, Katmor conjures up Grobman’s monstrous creatures, fallen angels and cosmological symbols through light and the movement of the camera. A soundtrack by the krautrock band Faust adds a new context to the religious imagery with its unsettling dissonance, psychedelic riffs and pulsating drones.

Another of Katmor’s short films, The Hole (1972-74), mixes Jewish symbols and psychedelic drugs. Shot under the influence of LSD and bathed in eerie hazy light, it shows Katmor staging his own burial, creating a Kabbalistic triangle through camera movement inside which the film is constructed.

But Katmor and his friends’ position became untenable, and this intensively creative period came rapidly to an end. Many 3rd Eye members were harassed by the police over suspected drug abuse and forced one by one to leave the country.

When the Yom Kippur War broke out in 1973, Katmor refused to take part. Disillusioned with the possibility of changing Israeli society through counter-culture, he moved to Canada before settling in Amsterdam in 1975, where he went on to make increasingly darker, trashier, more transgressive art.

Fifty years later, the subversions of the past have been tamed into history and the 3rd Eye Group is no longer rejected and reviled. The Nachum Gutman Museum’s exhibition was positively received by the Israeli public and critics alike.

Although the 3rd Eye Group failed to bring about change, and the same conservative, military values continue to define Israeli identity, Katmor’s place in the nation’s artistic history has been reclaimed. And although the group had very little impact on the Israeli society of its time, its legend has survived underground with the the stubborn, sinuous vigour of the avant-garde, snaking through Israel’s microscopic subcultures until the time was ripe for its visionary invention and experimental boldness to re-emerge into the light and finally receive the attention it deserves.