Film of the week: Something in the Air

Olivier Assayas reignites the early 1970s in all their vibrancy and vitality. 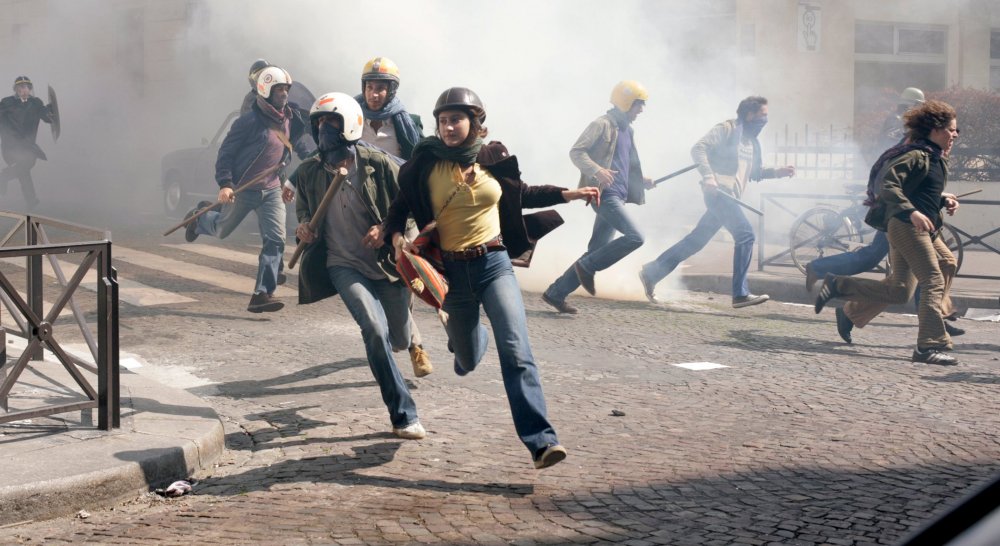 Since its completion, Olivier Assayas’s wistful Something in the Air has acquired additional layers of loss and regret. The film is dedicated to the director’s filmmaker friend, the late Laurent Perrin, while its editor Luc Barnier, a long-term Assayas associate, also died last year. The film’s final sequence is set to a number by British avant-rocker Kevin Ayers, who died this February.

All this gives Something in the Air a surplus of nostalgic poignancy. Assayas’s reminiscence of the early 1970s (following his 2005 autobiographical text A Post-May Adolescence) might recall the last words of Sentimental Education, as Flaubert’s characters Frédéric and Deslauriers, remembering their youth in turbulent times, remark: “That was the best thing we ever had.”

In Flaubert’s novel, these words carry a bitter charge, as Frédéric has failed to understand the historical urgency of the times he’s sleepwalked through. By contrast, Assayas’s student hero (and counterpart) Gilles very consciously lives his epoch to the full, in all its complexity and contradiction. Something in the Air looks back to the early 70s as, if not a lost paradise, at least a lost hotbed of infinite possibilities, and if the film is nostalgic, this is a nostalgia well earned. Assayas depicts a culturally and politically vibrant era made and lived through by intelligent, sensitive beings taking full advantage of their moment.

There is nothing glibly distancing about Assayas’s treatment of the period – which comes as a shock, given the way that British and American films about this era almost routinely use caricature to defuse their embarrassment at bygone idealism and stylistic exuberance. It’s bracing to see how Assayas respects the genuine experimentalism of the time – treating, say, a spacy improv-rock concert with liquid light show not as a grisly efflorescence of baba-cool hippie-ism, but as a vivid and valid manifestation of arts-lab culture.

The film’s English title – with its nod to the 1969 Thunderclap Newman hit, not featured on the soundtrack – alludes to the mood of a certain time, to something new about to emerge. However, the original French title, Après mai (‘After May’), suggests a theme of aftermath, of a generation arriving on the scene just too late – the film depicts the younger siblings of the Class of 68, their political passion coming to the boil three years after France’s national ferment failed to bring about the hoped-for tabula rasa. 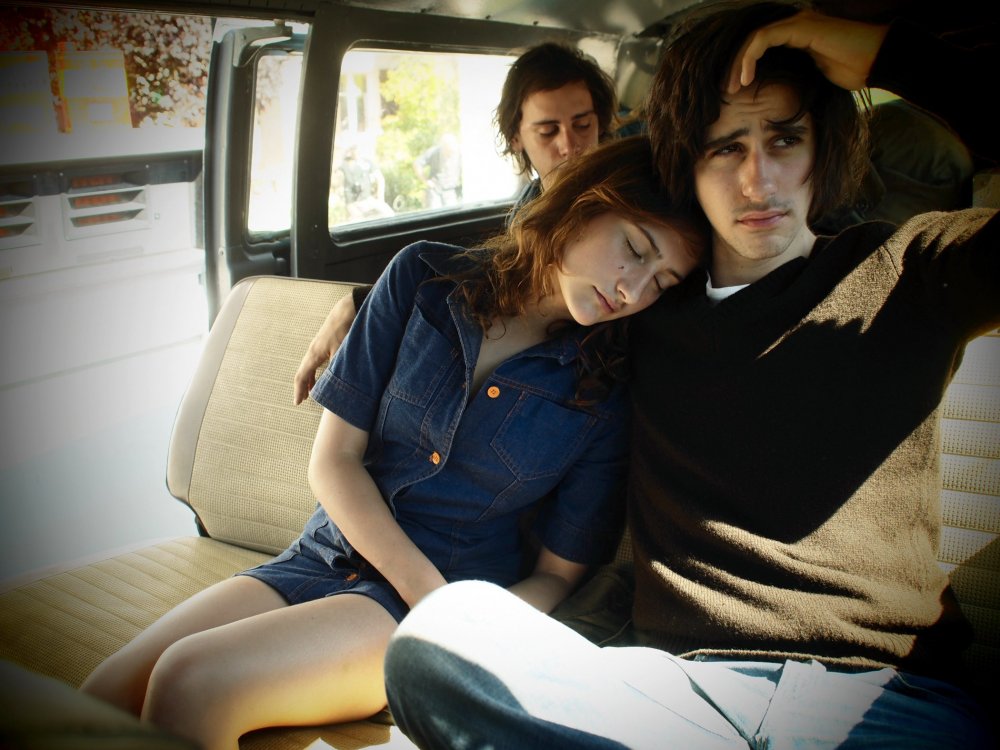 No less than their immediate elders, Assayas’s heroes are caught in the crossfire of ideological divisions. As we see early on, anyone standing up to make a point at a meeting runs the risk of being shouted down as a Trotskyite or worse, while older militants disapprove of the agitprop language of the younger radicals: one veteran activist tut-tuts at the schoolkids’ penchant for sexually provocative imagery. Nor would the radical old guard have had much time for the burgeoning cause of women’s liberation. It’s a lesson Gilles’s fellow radical Christine learns as she joins up with – and becomes dogsbody to – a group of macho cine-militants.

Assayas himself has noted in interviews that old-school French Marxists, committed to proletarian victory, regarded the artistic and moral transformations of the 60s as so much petit-bourgeois distraction, and the personal liberations offered by pop culture as counter-revolutionary if anything. Gilles is irresistibly drawn to pop and to a whole spectrum of artistic and poetic activity. The political movements that attract him do so as channels of self-expression: Assayas has said that he was himself drawn to vital but ephemeral sites of political activity, short-lived groups such as VLR (Vive la révolution) and the FLJ (Youth Liberation Front), to which Gilles belongs.

Ephemerality, intensity and sudden change are bound to be of the essence in serious films about youth, hence this film’s theme of combustibility. Early on, the young militants throw Molotov cocktails at school guards; later, one of them takes part in the burning of a car, in an obscure guerrilla operation. In the heat of emotion, Gilles burns one of his drawings; elsewhere, he reads a poem from Gregory Corso’s collection Gasoline, later burning that page. 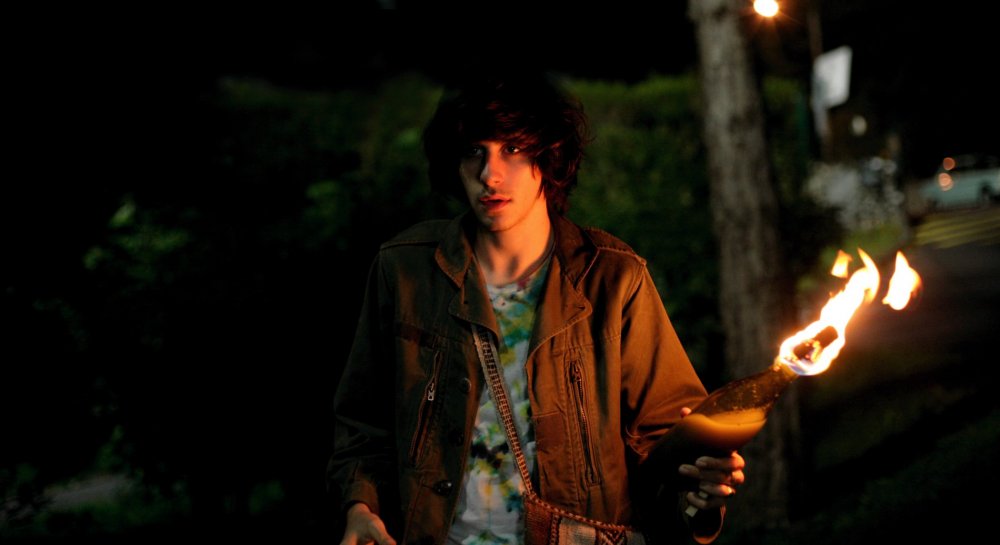 And Gilles’s ex-girlfriend Laure is apparently killed in a fire at a stoned house party. This is a dazzling set piece, the camera wandering after Laure through house and garden, where a haystack is alight, up to the abrupt ending, flames bursting through a doorway as a Soft Machine track hits its climax. This mesmerising sequence, demonstrating Assayas’s characteristic fluency in coordinating camera and music, recalls a similarly fiery party in L’Eau froide, which Assayas made in 1994, aged 39, when he could still be considered a representative of ‘young French cinema’. To echo it now is to emphasise the sense of recollecting lost days.

Yet it is not a matter of looking back from a knowing position of age and wisdom. Assayas in no way presents these young people’s adventures as callow follies. If anything, he’s indulgent towards them. It’s easy to forget, for much of the film, that his heroes have unthinkingly been involved in actions resulting in a man’s injury – something for which, later, the victim isn’t ready to forgive them. In fact, the sole concern of Gilles and co has been to escape to Italy and forget the incident – which the film itself largely does in the meantime, focusing on their amorous idylls or discoveries of agitprop cinema and the Afghan hippie trail.

The repercussions of Gilles’s action constitute the only blind spot for a character who is otherwise strikingly lucid. “I live in my fantasies,” he anxiously admits. “When reality knocks, I don’t open.” Acutely self-conscious, Gilles envies the bohemian Laure, who lives day to day, while he admits, “I’m afraid to miss out on my youth.”

But for this nascent artist, it’s important to be creatively awake and active, rather than lose himself in the rush of either hedonism or history. It’s vitality itself that finally prevails (near the end, Gilles reads the Situationist dictum, “The demand for life has become a revolutionary programme”) and the film comes out strongly for the virtue of being true to yourself (or, in the more philosophically skewed French word, cohérent). A loose, episodic narrative provides a framework for a remarkably dense set of period references, taking in specific political groups and incidents, developments in contemporary art, post-psychedelic musical styles and various types of cinema – from agitprop documentary to the ludicrous lost-world romp that Gilles ends up working on at Pinewood. 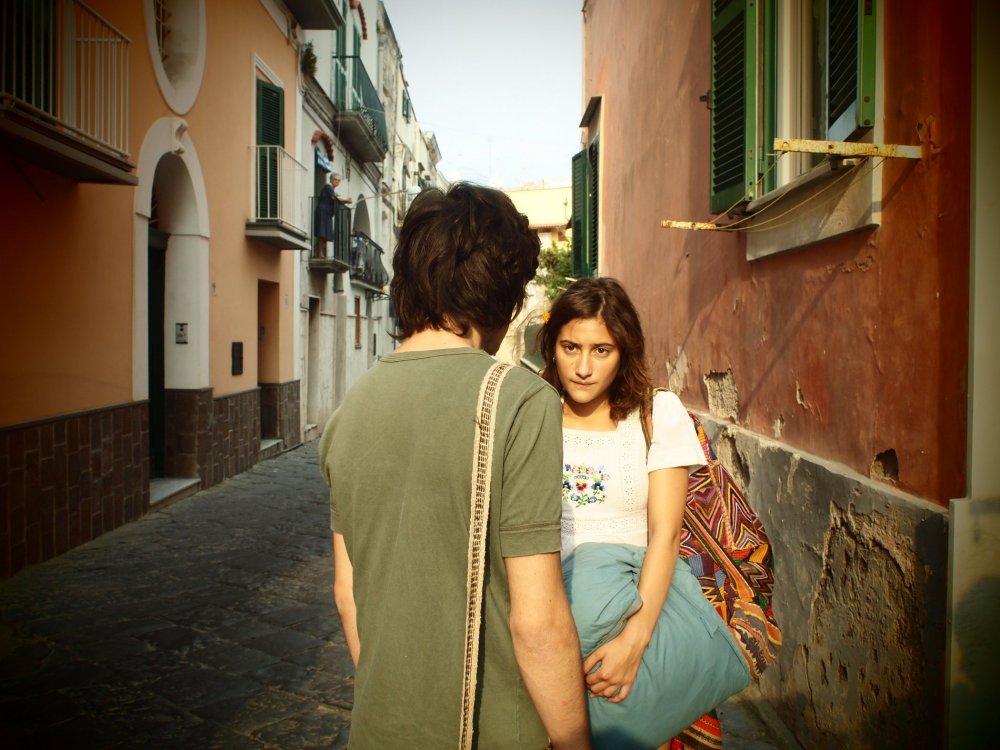 During the Italian trip, following the screening of a documentary about Laos, one viewer asks, “Shouldn’t revolutionary cinema use revolutionary syntax?” To which someone else retorts that revolutionary style is itself a petit-bourgeois conceit (a characteristic aesthetic-ideological catch-22 of the period). Assayas’s own style in this feature is neither revolutionary nor to be dismissed as petit-bourgeois art cinema. With its long takes, contemplative fades to black and langorously exalted crane moves, Something in the Air belongs to the lyrical-classical wing of Assayas’s oeuvre – Late August, Early September (1998) and Summer Hours (2008) – as opposed to the more confrontational or fractured forms of Demonlover (2002) and Carlos (2010).

The contradictions are still there to be argued over – some will wonder at Assayas making such a calm, reconciled film about such an angry epoch. But this film’s gentler style of fragmentation feels entirely appropriate to the business of recollection at a distance. And, in both visual and sonic terms, from the patterns of the tie-dye T-shirts to the whine of the prog-rock synths, Assayas has recreated the styles of the period in a way that, for once, isn’t distorted by retrospective irony, but is tenderly rather than reverently spot-on – in des images justes.

Related to Film of the week: Something in the Air