In memory of the late “Peckinpah of the South Downs”, Jeff Keen, who died on 21 June 2012, we reprint Will Fowler’s profile written for the BFI’s 2009 retrospective of the artist’s work. 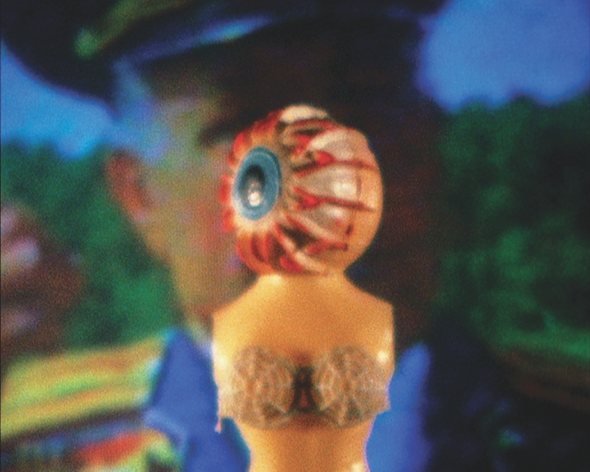 When Werner Herzog was quizzed about his relationship to his films in 1979, he declared: “I am my films.” The experimental filmmaker Jeff Keen might say the same thing though he would be quick to stress that he is not just a film-maker (he draws, paints, collages and more besides). His key work, Artwar (1993), broadcast on Channel 4 and recently shown at the Rotterdam International Film Festival, has an accompanying poem that goes some way towards encapsulating the powerful articulation of self in his work. The poem says: “It’s auto-bio-graphik, not auto-biography… direct projection, not an illustration… a comic strip of life, printed on semtex.”

His films are so incredibly quick-fire, vibrant and distinctive that it’s hard to find a contemporary with whom to compare him. Jeff Keen is bracketed as an experimental filmmaker, but he himself does not watch experimental films. He speaks of Sam Peckinpah as his contemporary or peer, and though initially curious, the comparison makes sense. The films feature guns and sexual references, but more than that they explore what it means to live in a desolate landscape, and they carry with them a serious past event as a constant point of reference. In Keen’s case, the reference is to World War II, in which he served. His landscape is not the expanding western frontier, but the Downs and the Brighton tip. Yet his films are by no means made in a state of isolation, his 1960s work featuring friends in a variety of guises under wonderful names like Silverhead, the Cat Woman and Baby Jelly.

Jeff Keen began making films in 1960 at the age of 37 and very quickly settled on certain references and techniques. Shot on 8mm, the beatnik-style shorts Wail (1960) and Like the Time Is Now (1961) are at once both home movies of friends at play and astonishing revelations of what can be done with imagination, limited means and a tiny film frame. On seeing these films, critic and Keen fan Raymond Durgnat later wrote: “He cuts, not with scissors but a scalpel – a jet-propelled one!” In Wail, images of brutal gang violence collide with war paintings and a horror-movie werewolf. His films use animation, B-movie references, noise soundtracks and costumed character-play to articulate sublime, intuitive experience and to subvert and explore the dynamic links between different areas of culture. 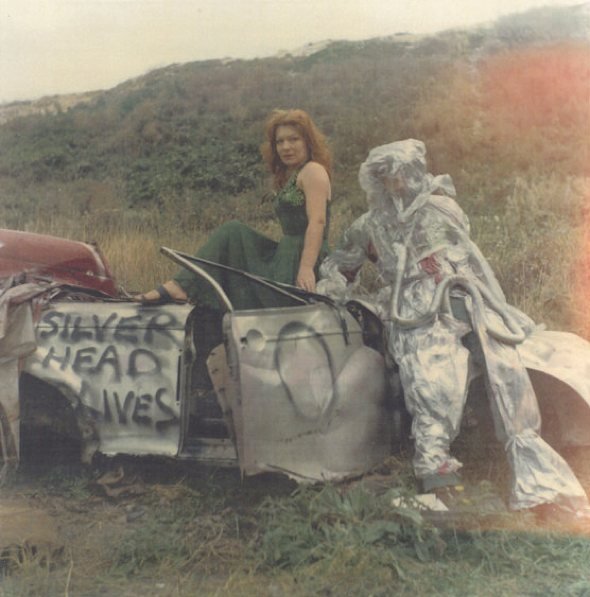 In 1968, Keen made his first 16mm films. White Lite is a surreal and metaphysical journey that uses scratches, negative film stock and images of his muse and wife, Jackie, plus footage of stuffed bats from a local Brighton museum. Keen has worked in a variety of formats, but his favourite is 8mm. For him 16mm – the preferred avant-garde gauge of the 1970s – is too close to 35mm, signifying official cinema and acceptance. By contrast 8mm is easy to use, allows you to create superimpositions in camera and avoids involvement in the industrial side of film production – all of which reflect Keen’s focus on immediacy and the hands-on crafting of art.

With their slow superimpositions and range of domestic and exotic imagery, Keen’s 8mm diary films from the 1970s are quite beautiful. These and his other explorations of narrative and Hollywood myth, White Dust (1972, pictured above) and Mad Love (1978), stand in stark contrast to the other, more formally experimental British work of the period. It is perhaps for this reason that, despite his enormous output, his work is not hugely well-known.

Any lack of recognition, however, has neither reduced Keen’s output nor tempered his drive. Made in 1993 when he was in his seventies, Artwar cuts footage of Keen creating and destroying art against television and film illustrations of war. Delivered very violently, it demonstrates an updating of his cultural reference points. Before, it was B movies and comics; then it was Rambo (1982), Predator (1987) and RoboCop (1987). 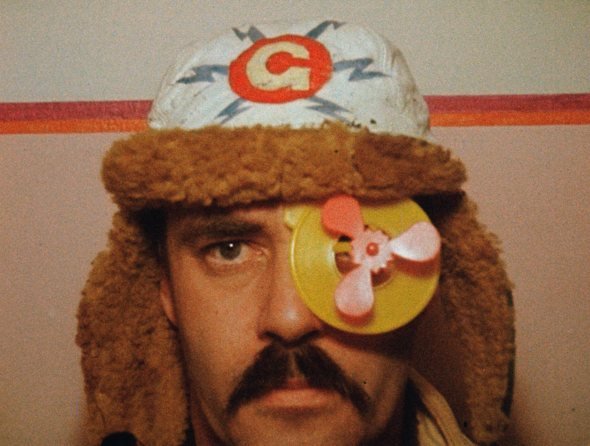 Although Keen is of the auteurist generation and lived through World War II, his directness and intuitive understanding of archetype mean his work can sit within many different subcultures. Skaters and punks ‘get’ his underlying drive to create and to work independently as much as – if not more than – the followers of the canonical avant garde.

‘GAZWRX: The Films of Jeff Keen’ is available on DVD and Blu-ray from the BFI.